Friends, Foes, Possible Turncoats: Here's Who Can Take On Adityanath From Gorakhpur

BJP winning the Gorakhpur assembly seat has long been a foregone conclusion. And yet, opposition parties seeking to dethrone the UP CM from his home turf have an interesting set of choices. 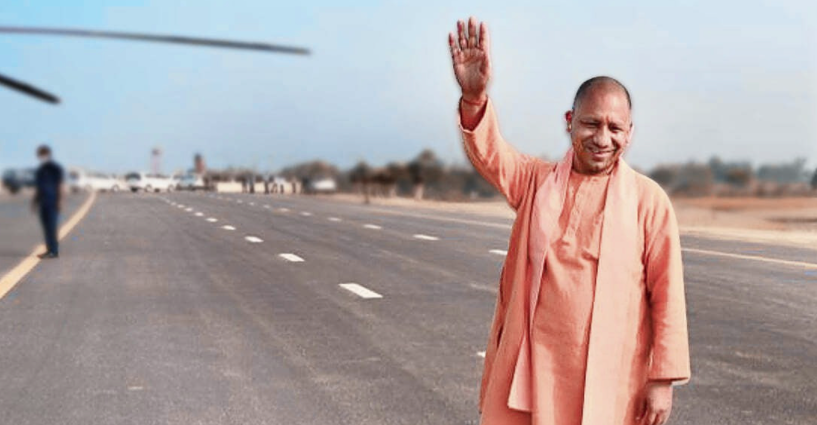 Gorakhpur: Bharatiya Janata Party’s decision to field chief minister Adityanath from his home turf, the assembly constituency of Gorakhpur in the upcoming Uttar Pradesh polls has spurred every opposition party into action as they scramble to field their most influential candidates from the area.

Gorakhpur has been a BJP stronghold since 1989 with the party winning the seat in all eight elections held since then. In 1989, the BJP’s Shiv Pratap Shukla defeated Sunil Shastri, a Congress candidate and son of former Prime Minister Lal Bahadur Shastri. Prior to that, Sunil Shastri had won the Gorakhpur seat in 1980 and 1985 and was a minister in the state government.

After 1989, Shukla won consecutive elections in 1991, 1993 and 1996 and was inducted as a minister in the BJP government twice. However, before the 2002 elections, he entered into a rivalry with Adityanath who pressurised BJP to not give Shukla a ticket. Against Adityanath’s wishes, however, the BJP fielded Shukla, a towering figure in Gorakhpur politics then.

By then, the BJP had made Adityanath an MP twice already. He had won the 1999 Lok Sabha elections by a narrow margin, defeating Samajwadi Party (SP) candidate Jamuna Nishad. At that point, the Hindu Yuva Vahini (HYV) had not yet been floated and Adityanath’s supporters were active under the Hindu Mahasabha banner, pushing radical Hindutva politics.

Also read: Why a Government-Run University in Adityanath’s Bastion Gorakhpur Is Up in Arms

History of the Gorakhpur seat 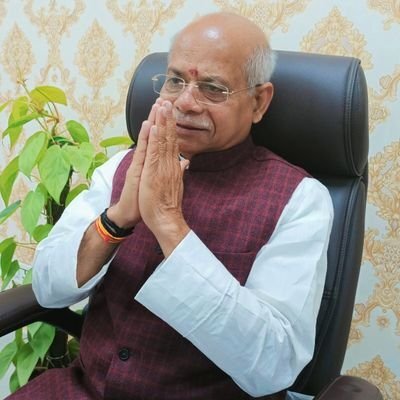 In 2002, Adityanath had fielded Dr Radha Mohan Das Agrawal against Shukla on a Hindu Mahasabha ticket. Agrawal was a well-known paediatric physician in Gorakhpur, had a long association with the RSS and was active in many Sangh-affiliated organisations.

Agrawal won this election by the huge margin of 18,000 votes. Shukla came third with only 14,509 votes and following the defeat, was sidelined in the BJP.

Shukla’s political career was given a new lease of life after Narendra Modi was made prime minister. He was appointed to the Rajya Sabha in 2016 and also became a minister in the Modi government’s first term. Shukla now heads a BJP committee tasked with reaching out to Brahmins to counter the anger among voters of the majority community.

After defeating the BJP candidate in 2002, Adityanath had floated the HYV and a new chapter of communal politics began, not only in Gorakhpur but in the adjoining districts as well. He pitted HYV candidates against the BJP several times in the assembly elections and every election turned into a face-off between Adityanath and the BJP. The conflict finally ended in 2012 when the BJP acknowledged Adityanath’s political influence. Thereafter, tickets were distributed at his bidding.

Aggarwal won three more elections in 2007, 2012 and 2017 and with every victory, the margin by which he won kept broadening. After the delimitation exercise in 2012, the Gorakhpur assembly constituency was changed to Gorakhpur City, creating a more favourable situation for the BJP as a large section of the minority community and backward castes – especially the Nishad community –  were brought under the Gorakhpur Rural assembly seat.

However, the new delimitation was not the only reason behind the BJP’s growing victory margins. Agrawal’s clout in the city, too, was growing as he maintained a close rapport with the voters. Moreover, he distanced himself from Adityanath’s fanatical communal politics and carved out his own niche over his two-decade political career. 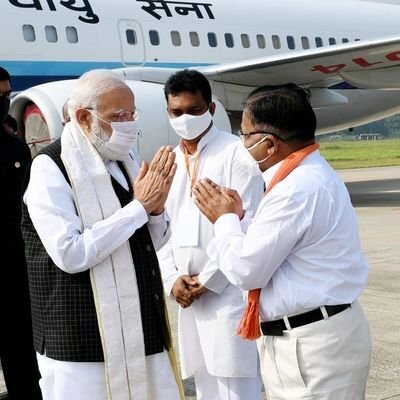 During this period, no other BJP MLA was able to build a public image the way Agrawal did. While he emerged as an independent public figure, rumours soon spread in Gorakhpur about a fall-out between him and Adityanath.

Also read: UP Elections: Inside the Political Storm Engulfing the Shikhar Gutka Group

The fact that despite being a senior MLA in the Adityanath government, Agrawal was not handed a cabinet berth in the state further fuelled the rumours. Last year, he was publicly targeted by several BJP MLAs as well as BJP MP Ravi Kishan over the transfer of an assistant engineer who was supervising a road project. Political experts of the region are aware that despite differences in their approaches, there is a certain understanding between the two leaders.

The chief minister’s frequent visits to Ayodhya, his inauguration of various development works in the constituency as well as his OSD’s meeting with booth-level workers and local priests further fed this narrative. That Adityanath would contest from Ayodhya was almost a certainty.

But in the BJP’s first list of candidates released, on January 15, Adityanath was chosen to represent Gorakhpur City.

Why did the BJP high command decide not to field Adityanath from Ayodhya? It is believed that the decision was taken to curtail Adityanath’s ambition of making a headway into Delhi, an ambition which would have been boosted had he contested from Ayodhya.

Before the announcement of Adityanath contesting from Gorakhpur city, Agrawal had been regularly interacting with voters on social media. However, his Facebook Live programme scheduled for the day the ticket was announced was postponed. While interacting with the media after the list came out, he said that he was a BJP worker and welcomed the party’s decision.

His brief statement had kicked off several speculations, including on his probable defection, which received further impetus when SP president Akhilesh Yadav offered Agrawal a ticket not once, but twice during a press conference. However, those close to Agrawal knew that he would not go to such a length. Agrawal’s probable next step and his silence on the matter have created a stir on social media.

How has the opposition responded?

The announcement of Adityanath’s candidacy from Gorakhpur City has also sparked speculations about which candidates would be pitted against him by opposition parties. On Thursday, Bhim Army chief Chandra Shekhar Aazad announced that he would contest from Gorakhpur, following which political temperatures have soared in the region.

Aazad has long aspired to contest from Gorakhpur. When the Adityanath government sent him to jail in 2017, he expressed his wish to challenge Adityanath by contesting the 2018 Lok Sabha by-election on the Gorakhpur seat from inside jail, a possibility mooted even by his supporters.

Also read: ‘Will Contest UP Polls From Wherever Adityanath Is Contesting’: Bhim Army Chief

After failing to form an alliance with either the SP or the Congress for the upcoming election, Aazad announced that his party would contest from all 403 seats in the state. 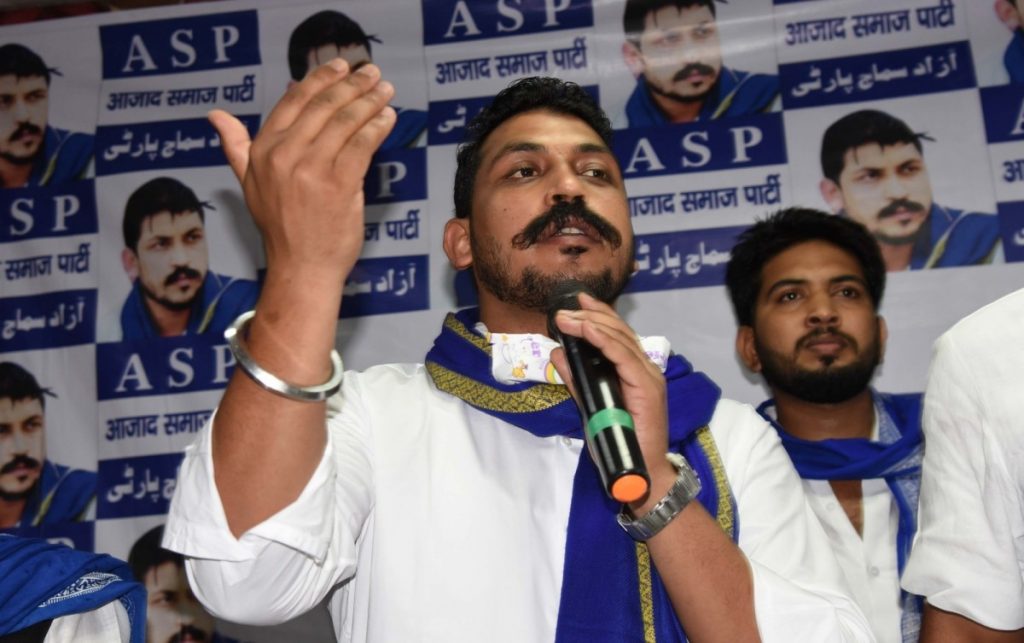 Whatever the poll outcome may be, Adityanath is set to face a tough challenge. Not only will this election propel Aazad’s party onto the national forum, it will also help him emerge as a Dalit icon, leader and fighter. Many Dalit organisations of Gorakhpur are in touch with Aazad, ready to campaign for him. However, it is difficult to predict yet whether in such a short span of time, he will be able to provide any serious threat to Adityanath on the latter’s home turf.

Meanwhile, the SP, the Bahujan Samaj Party (BSP) and the Congress are also on the lookout for candidates who can pose a challenge to Adityanath. While Sunil Shastri’s name has surfaced as a likely choice in the Congress camp, Sunil Singh, once a close ally of Adityanath and former state president of the HYV, has emerged for the SP.

Singh had rebelled against Adityanath during the 2017 assembly elections when he demanded many HYV leaders be given tickets by the BJP. He himself wanted to contest the election but Adityanath ignored his demands and subsequently, Singh and his associates were expelled from the HYV for revolting. The rebel HYV leaders had contested elections on more than a dozen seats.

Singh was later arrested and had National Security Act (NSA) charges slapped against him. He remained in jail for a long time.

In the 2019 Lok Sabha elections, he filed his nomination from Gorakhpur but his nomination was cancelled. Alleging that it had been cancelled at Adityanath’s behest, he joined the SP. However, while he has been preparing to contest from the Khalilabad seat in the Sant Kabirnagar district, the BJP’s sitting MLA from the constituency, Jay Choubey, joined the SP, diminishing Singh’s chances of contesting from there.

Now, Singh wants to contest against Adityanath from Gorakhpur City. He has even made his intention public by writing several posts on Facebook in which he claimed that he would make it the toughest election for Adityanath yet.

Other likely candidates from the SP are the wife and two sons of former senior BJP leader, the late Upendra Dutt Shukla. On Thursday, Arvind Dutt Shukla, Amit Dutt Shukla and Shubhavati Shukla joined the SP. Their candidatures are expected to be announced within a day or two.

Upendra Dutt Shukla had been the regional president of the BJP. He had contested the 2018 Lok Sabha by-election on a BJP ticket but had lost to Praveen Nishad, son of Nishad Party president Sanjay Nishad.

After Upendra Dutt Shukla passed away last year, his family was upset after Adityanath failed to visit them and offer condolences on his death. The party had also failed to show concern about the family’s well-being.

Gorakhpur City is a majority-community-dominated seat with a sizeable number of Brahmin, Vaishya and Kayastha voters traditionally supporting the BJP. Among the backward classes, the largest community is the Chauhans and the BJP enjoys a good hold over them as well. There are 125 Dalit settlements in the constituency who also vote for the BJP.

For long, opposition parties have only half-heartedly contested from Gorakhpur City. Over the last three decades, none of the leaders from the SP, Congress or BSP focused on the constituency and failed to make it a seat worthy of ​​conflict. The BJP was widely believed to be invincible in the region.

In every election, fresh candidates were fielded by opposition parties who lost and disappeared from political arena. As a result, the BJP galvanised its position day by day.

Now that Adityanath is contesting from the seat, all the other parties have decided to go solo and not to field joint candidates, as was done in the 2018 Lok Sabha by-elections. In such circumstances, whether opposition parties field local candidates or bring in outsiders, challenging Adityanath in his bastion will prove a herculean task.