The advantage of alternate voting is that it eliminates the need for voters to second guess or vote tactically. 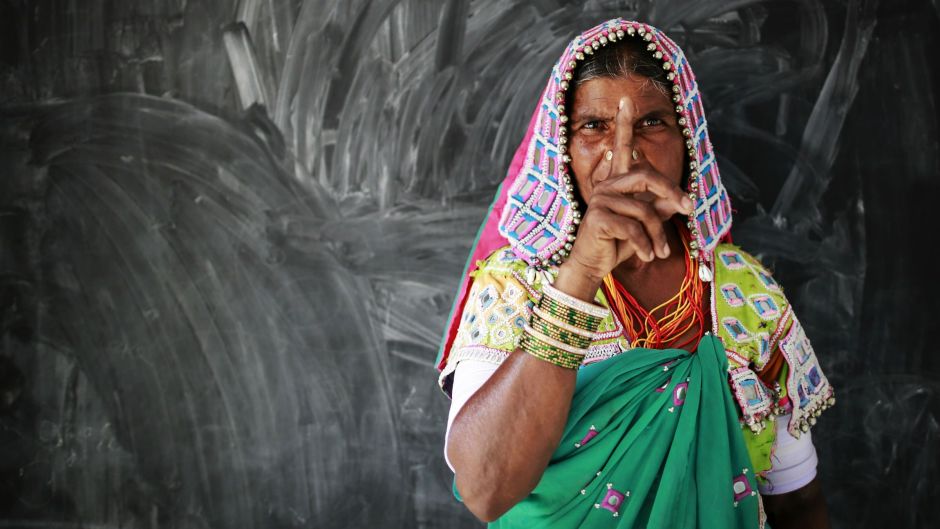 We, as humans, vote for people instead of policy. Credit: Reuters/Danish Siddiqui

There have been two recent developments in India around the area of voting and elections.

The first is the suggestion for proportional representation, one that has been put forward and championed by former chief election commissioner S.Y. Quraishi in his personal capacity. The second is the Law Commission’s idea of having simultaneous elections for the Lok Sabha and state assemblies.

Both these suggestions have a few common elements. They assume that representative democracy is a given – they do not consider any other forms of democracy. They also look at elections as a process of arrogating power from the people. They look at any and all instances where that assumed power is threatened or questioned as instances of instability. For example, the idea of public pressure in one or another part of the country due to state elections, the proponents of unified elections assume, is a bad thing for central policymaking.

David Runciman, in his book, The Confidence Trap: A History of Democracy in Crisis from World War I to the Present, explains that a democracy’s only strength is exactly such bounds of public pressure that set short-term goals for those in power. He cites the example of local politics and short-termism binding John F. Kennedy in the Cuban missile crisis and actually helping him. Nikita Khrushchev in contrast, Runciman argues, was hurt by the absence of such clear short-term political necessities.

The other aspect of representative democracy that’s often ignored, like both Quaraishi and the Law Commission do, is: electing an individual is a really bad choice as a transmission system for voter preferences. It’s quite common, in fact almost always the case, that any given individual has a vast range of opinions and ideas; some of them contradictory to each other. To assume any one person can represent another, is to dismiss human individuality and complexity. It’s very likely that a voter likes the positions of one candidate on some issues and another on some others.

One could understand this as a trade-off that people agreed to at the time of Magna Carta. Or even into the 20th century when individual expression of choices on a wide variety of subjects was difficult to tally and society did not have the means to deal with it efficiently. Now, however, technology makes it easy and simple and secure; why then do we vote someone else to vote on our behalf somewhere else? Worse, that person’s voting in the parliament is subject to rules and laws like the anti-defection law. Which means, even if you and your elected representative agree on something, your elected representative may vote against your interests because his/her party decided to.

With such a low probability even in a close race, it’d not be out of character for a voter to conclude it’s not worth the effort to go to the voting booth. On top of that, this voter has to balance the post-poll scenarios of the chosen MP voting on issues they mutually agree on and the party structure agreeing to it. It’s so tiny and almost impossible to calculate what’s the probability that a given voter’s political opinion on a given issue translates into a legislation through this transmission system that one might as well consider it random.

In such a scenario, in this technological environment where voting multiple times is easy and hassle-free, should voters settle for randomness over seeking greater control over their own futures? Why not vote directly on legislation themselves? The downside to popular voting is that there may be ugly majoritarian impulses that hurt minority interests. But a gamified system that’s designed carefully can balance those aspects at least as well, if not better, than the current system.

The other problem with humans is that we vote for people instead of policy. The charismatic politician, the world over, is a problem. That charisma deflects us from the real issues and we give this deflection a nice name: leadership. It’s awfully insulting to think a leader will solve the problems of a complex society that’s, hopefully, rule-based. People making their own rules, by trial and error, have a greater probability of arriving at a better solution; that’s almost a given in a complex system.

For example, corruption crusaders often run on their personal virtue as if that is a solution to the real issue of corruption. Even if that person is incorruptible, which is humanly impossible, those who offer themselves as a solution are also offering authoritarianism by default. Should society accept this wager so blindly? Especially when alternatives exist? Shouldn’t we, at least, discuss the possibility of a gamified direct democracy?

If we somehow assumed that direct democracy is a strict no-go because we need politicians to lead us, is the current voting system the best? Quraishi agrees that the ‘first-past-the-post’ system is terrible in a large multi-party democracy like India. Here, he proposes proportional representation instead. That is, there will be more number of MPs representing the same constituency than we currently have; the additional MPs will be proportional to the votes they got. Is that better than, say, alternate voting, in terms of this transmission efficiency? He doesn’t prove that and it’s hard to imagine a scenario where it is. The obvious disadvantage of proportional representation is, it significantly weakens the link to the constituency that an MP will have. In a system where the transmission is already weak, do we want a further weakening of this link?

Alternate voting is simple and efficient in terms of voting. You as a voter are allowed to simply rank your choices in the order of preference. You can choose to just vote one party in the first preference and no one else at all or vote every one contesting in the order of your preference or something in-between. Unlike the run-off systems in countries like France, alternate voting offers an instant run-off. That is, instead of picking the top two from the first round and having a runoff election again, this system manages to accommodate choices in one go elegantly.

Once votes are cast, for counting, the following algorithm is applied.

The advantage of alternate voting is that it eliminates the need for voters to second guess or vote tactically. A Dalit voter voting for Bahujan Samaj Party in the Karnataka assembly elections, for example, need not worry about ‘wasting’ his or her vote. They can still vote their second and third rank choices – say as INC and BJP – and it’d work just as they had wished. The winner in this method of election, by definition, is the least disliked and most liked person contesting the polls. Which is a huge improvement from first past the post but is still no reason to dump direct democracy as an idea.

India is a vast country with multiple constituent societies. Ideally, each state should choose its own method of voting and the type of democracy.

Footnote:
[1]: To understand how the probability of impact is calculated, let’s assume you live in the Lok Sabha constituency of Gwalior in Madhya Pradesh. The number of voters in Gwalior, in the 2014 general elections, was 14,20,375. Let’s calculate the probability that a single vote will change the outcome of the elections in Gwalior.

For ease of calculation, let’s assume there are only two parties – INC and BJP – in the fray. One simplistic way of calculating this is to imagine a scenario where every other vote has been calculated and the vote we are interested in is what’s going to decide the election. Let’s assume the probability of a voter voting for INC is p and that of voting for BJP is q. Given we’ve assumed there are only two parties in the fray, we can conclude p+q =1. So, it follows that INC got pN votes and BJP got qN votes, where N is the total number of voters in Gwalior. To satisfy our original assumption that INC and BJP have the same number of votes before our imaginary voter votes to decide the election, INC needs to have received almost N/2 votes. If p is not exactly 0.5, which it can’t be given we are trying to imagine a scenario where it’s very very slightly off that, the total number of votes INC received must differ from its expectation of N/2 by approximately |p-0.5|N. The above situation is commonly modeled as a binomial distribution. It’s useful to approximate the above binomial distribution as a normal distribution with standard deviation of √(Npq).