Senior party leaders have been using education as the main plank in efforts to shore up support ahead of the election. Besides, AAP has formed a new working committee and the brought the chief strategist behind the Punjab win to improve prospects in the state. 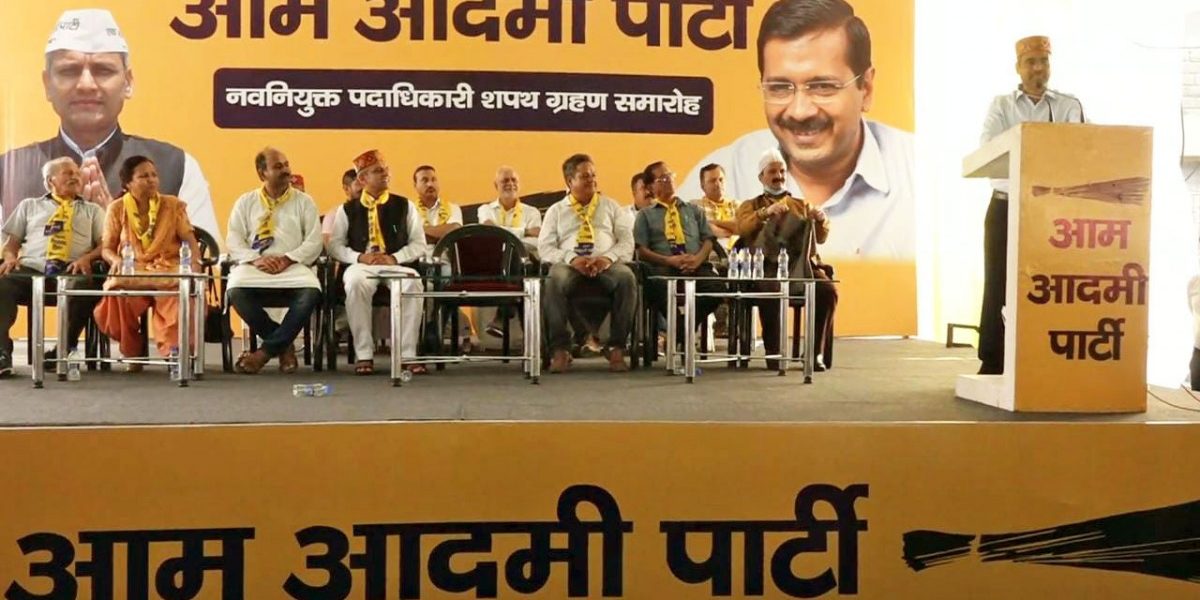 New Delhi: The Aam Aadmi Party’s two-pronged strategy in Himachal Pradesh – of projecting its strengths in the field of school education and going in for booth-level micro-management – displays its eagerness to do well in the upcoming assembly elections in the state, after the win in neighbouring Punjab.

Though the party had also used its ‘Delhi model’ of education to reach out to the masses in Uttar Pradesh and Uttarakhand during the assembly elections there, it had not cut much ice. However, that has not dissuaded the party from speaking about its ‘successes’ in Delhi and how in Himachal Pradesh successive governments under the Bharatiya Janata Party and Congress have failed to provide proper school education to children.

The party has realised that this is an issue which appeals to people and can provide it with a foothold in a state whose politics has thus far been dominated by the two major national parties.

Earlier this month, Delhi chief minister and AAP national convener Arvind Kejriwal made a direct appeal to the voters in Himachal Pradesh saying, “If you want the 8.5 lakh students studying in Himachal Pradesh government schools to have a bright future, give a chance to the AAP”.

He did not mince words when he added, “I have come here to seek votes in the name of education and health”.

Kejriwal also rattled out data on his government’s performance in Delhi, saying it spent Rs 80,000-85,000 crores on government schools in the last seven years. Nearly 25% of the total budget was being allocated to education, he said.

Prior to this, Delhi’s deputy chief minister Manish Sisodia had dared the education minister of Himachal Pradesh Govind Singh Thakur to compare the government schools of the two states. This had drawn a strong response from Thakur who accused AAP leaders Kejriwal and Sisodia of not practising what they preach.

Thakur said, “Sisodia insulted not only the education system of the state but also teachers, parents and students.” He added, “Doing politics in the name of education shows narrow mindset of the AAP leader.”

The minister also said that “there is a big difference between the words and the deeds of AAP leaders Arvind Kejriwal and Manish Sisodia. They can only preach, it is not their habit to practise it. They are trying to mislead the people on the education system for political gains. The people are aware and they know well about their tactics.”

The issue also drew in BJP’s general secretary Trilok Jamwal who charged that AAP’s education model was flawed as Delhi had a total of 1,030 schools of which 745 were running without principals, 416 were without vice-principals while 16,834 posts of teachers and other staff were lying vacant.

AAP gets into the spotlight by engaging BJP leaders

But by managing to get a debate going over the issue of education, AAP not only rattled both the BJP and Congress, it also was able to reach out to the voters.

Manish Sisodia thereafter kept the pressure up on the issue of education, countering Thakur and saying there can be an open debate on an open platform that would allow people to decide for themselves in which state education has done better.

AAP’s state spokesperson Manish Thakur too added that Delhi’s schools were being discussed not only in the country but also abroad as 4 lakh students took admission in government schools after leaving private ones in a single session. In Himachal Pradesh, he claimed, 2 lakh government school students had left to join private schools.

What AAP has not been telling people in Himachal Pradesh is how opposition in Delhi has been targeting it for only making improvements in a select number of schools even as the condition of most others remains less than desirable. Also, the per capita income generated by the government in Delhi is among the highest in the country which makes higher expenditure easier.

Despite this, educationists in Delhi have highlighted how a large number of Delhi government school children drop out every year considering that after they fail in Class 9 they are made to appear as private students in Class 10. “With no one to guide them, most of these students end up failing in Class 10 as well and then drop out,” education rights campaigner Ashok Agarwal has repeatedly pointed.

Apart from focusing on education, AAP has also taken to adopting a poll booth micro-management strategy to counter the BJP which deploys a similar methodology in elections.

To neutralise the gains made by BJP using this approach, AAP has brought in one of its key strategists as co-incharge for the state. Earlier this month, the party gave the responsibility to its Rajya Sabha MP Sandeep Pathak who had played a key role in establishing the party in Punjab by creating an organisational structure that extended to the booth level. 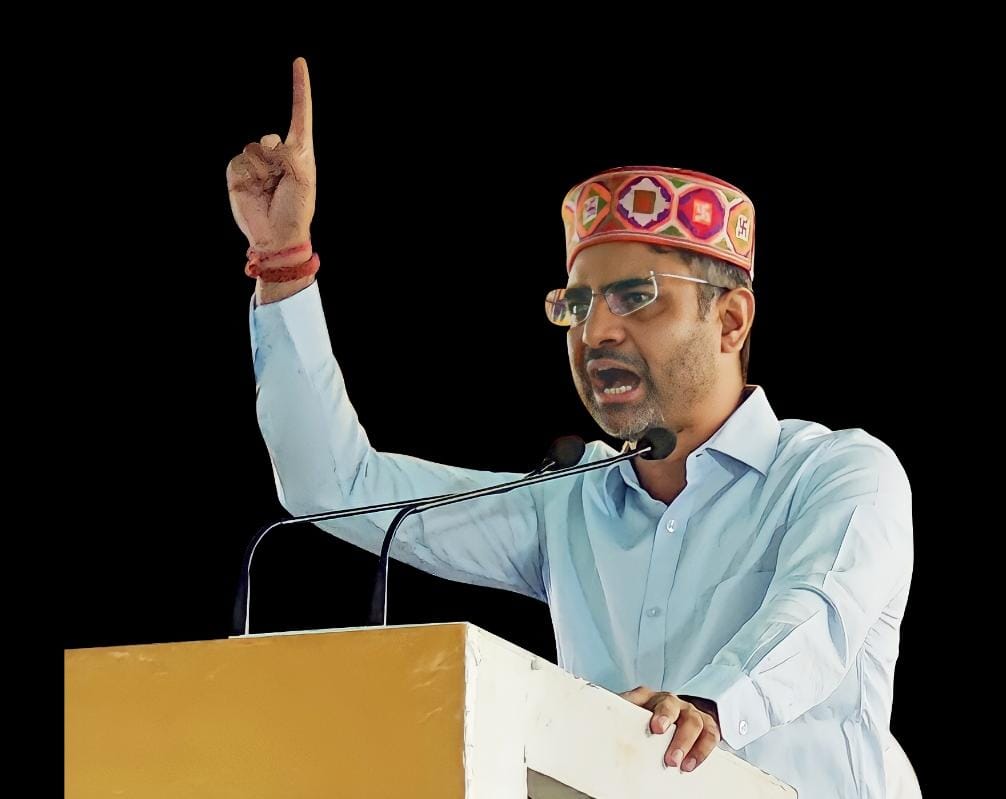 Pathak is considered a ‘Chanakya’ in AAP and his micro-level planning had helped the party win 92 seats in the 117 member Assembly. He is a scientist and a former professor the Indian Institute of Technology, Delhi, who had done his PhD from Cambridge University.

Now Pathak would help the AAP devise a strategy that would combat BJP’s own. The saffron party had in the run up to the last assembly elections in Himachal Pradesh drawn up a strategy whereby control rooms were set up in every constituency to monitor elections up to the booth level. It had deployed personnel to keep an eye on and track the performance of its ground level workers.

From the control rooms, calls were made to the voters and they were asked if the booth workers had visited them and told them about the party’s work, policies and programmes.

Now AAP would be using similar information technology tools to track the progress of its campaign in the state.

In doing so, it would also be trying to negate the effect of its former state in-charge and Delhi minister Satyendar Jain’s inability to continue with the work in Himachal Pradesh due to his arrest by the Enforcement Directorate in a money laundering case.

Meanwhile, AAP has also announced a new state working committee for Himachal Pradesh. Following its win in Punjab, the party is now hoping to use the influence of its leaders and workers there in improving its performance in the hill state. The committee, headed by Surjeet Singh Thakur, comprises 400 office bearers.

The AAP has been claiming that it has already enrolled over 5 lakh people as members in the state. If its claims are true, this is a big number and it makes it a significant player in the state politics in the days to come.