The Creeping Factionalism in the Congress' Kerala Unit

As two local party leaders escalate their feud and disrupt the Congress's dynamic in Kerala, factionalism is rearing its ugly head once again. 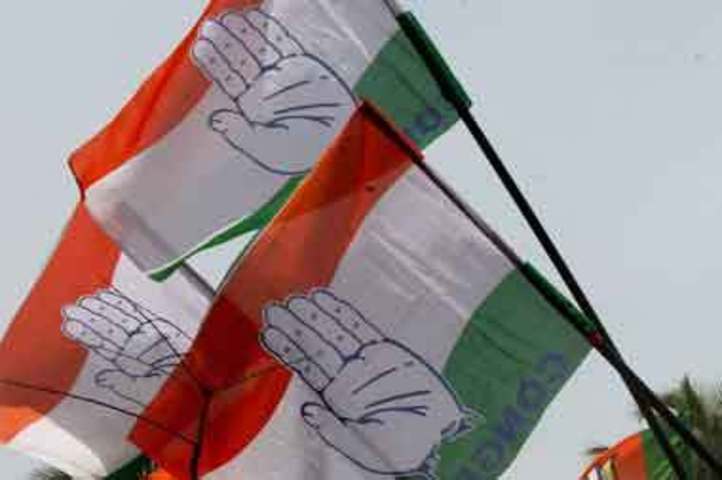 As he made his way to the Kollam District Congress Committee (DCC) office in Kerala to celebrate the Congress party’s 132nd foundation day, Rajmohan Unnithan, Congress’ spokesperson in Kerala, found himself waylaid and attacked by none other than members of his own party. The attackers were party members loyal to K. Muralidharan, the former chief of the Pradesh Congress Committee (PCC).

The incident came in the wake of a war of words between Unnithan and Muralidharan that is not only escalated but also highlighted the cracks and factionalism within the Congress’ Kerala unit.

It all began with a speech by Muralidharan at a function to commemorate the death anniversary of the late K. Karunakaran on December 26 in Kozhikode, where he criticised the state’s Congress leadership for failing to rise to the expectations of the cadre and the public.

“Congress leadership is unable to react appropriately on important issues. The leaders are only interested in showing their faces on TV channels. Not even protest marches are organised to highlight the administrative failures of the government,” Muralidharan had stated.

Muralidharan was merely echoing the sentiment of a large section of Congress workers and other United Democratic Front (UDF) constituents in Kerala. While the comments were tactically dealt with by the leader of opposition in the state assembly, Ramesh Chennithala, the Kerala Pradesh Congress Committee (KPCC) chief V.M. Sudheeran was not amused.

Having long been known to be loyal to the late K. Karunakaran – till he fell out with the ‘leader’ in 2004 – Unnithan has been Sudheeran’s voice on TV ever since the latter took over as the PCC’s chief in early 2014. It was Unnithan who countered Muralidharan’s criticism of the party leadership, to which Muralidharan retaliated with a few personal comments on Unnithan himself.

An explosive press conference followed where Unnithan launched into a tirade against Muralidharan, reminding the latter of unflattering incidents from the past. Following the outburst, Unnithan submitted his resignation as the Congress’ spokesman, which was duly accepted by the party.

What happened to Unnithan is reminiscent of a similar incident that took place in 2004, a time when factionalism was extreme in Kerala and the Congress was on the verge of splitting up. Back then, Unnithan and fellow Congress leader T. Sarath Chandra Prasad were roughed up by some Muralidharan loyalists in Thiruvananthapuram, and Unnithan’s dhoti was even stripped off in the scuffle.

There is an underlying factionalism in the Congress that stokes these issues and rears its ugly head every now and then. Factionalism has been a reality in the Congress since the 1950s and the problem peaked during the 1980s and 1990s when Karunakaran and A.K. Antony were at the party’s helm. After a brief lull, the strains rose to the fore again after V.M. Sudheeran was appointed the KPCC chief in February 2014, against the strong wishes of factions led by Oommen Chandy and Ramesh Chennithala. Sudheeran had been in the political wilderness for a decade post his defeat in Alappuzha in the 2004 parliamentary election until he became the surprise pick to head the KPCC.

Though analysts at the time saw Sudheeran’s appointment as a masterstroke, in hindsight it has only turned out to be a burden. While Sudheeran has always enjoyed a clean image and the support of a section of the general public, the positions he has taken since becoming KPCC chief have often pitted him against Chandy.

Sudheeran was originally tasked by the party’s central leadership to quell factionalism within the Congress. But it has turned out to be a well-nigh impossible task with the kind of party structure the Congress subscribes to. Moreover, Sudheeran often conflates his personal convictions with party positions, which ultimately results in disasters like the liquor policy – initially driven by Sudheeran himself, but later embraced by Chandy in an act of one-upmanship.

He also takes some of the blame for the abysmal performance by the Congress-led UDF in the assembly elections held in May 2016. While many contended at the time that the UDF could buck the three-decade trend of anti-incumbency despite a slew of corruption scandals, a week-long stand-off on the issue of granting tickets to MLAs and ministers facing legal allegations at a crucial juncture in the election cycle changed the discourse and became a huge factor in turning the popular tide against the UDF.

After the results were declared on May 16, Chandy was quick to take responsibility for the routing and ruled himself out of the race to be the leader of opposition in the assembly. Though that decision was believed to be influenced by fewer members of his faction getting elected to the assembly, he remained steadfast, even when he was offered the post of UDF chairman and despite the insistence of other UDF constituents.

Many opined then that Chandy’s strategy was to get the KPCC chief to follow suit as well. That never materialised as Sudheeran had the central leadership and Antony solidly behind him. Since then, Chandy has been consistently demanding that the much delayed organisational polls be held.

On July 20, 2016, party vice president Rahul Gandhi held consultations with 60 odd Congress leaders from Kerala, including MPs, where the overwhelming majority were in favour of instituting a change of guard in Kerala. There were also suggestions to democratise the decision-making process by forming a high-powered committee.

The central leadership announced the appointment of a 21-member political affairs committee for Kerala on September 1, 2016, and sought to buy some time to address the change of guard issue by opting for a reconstitution of the PCC and a revamp of the DCCs under Sudheeran. Additionally, the factional leaders had been assured that organisational elections for Kerala would be held within a reasonable time frame.

What has since complicated matters in the interim is the announcement of 14 new DCC presidents on December 8. While the selections were made after wide consultations, it has made Chandy unhappier, with only four from his faction making it to the list, compared to seven from the ‘I’ faction – the Indira faction that used to be led by K. Karunakaran and is now led by Ramesh Chennithala. On its part, the central leadership has reasoned that the selections are based purely on merit, age and several other parameters that have nothing to do with group or factional affiliations. Notably, Chandy’s absence from a demonetisation protest organised in Delhi on December 14 was attributed to his sulking on the matter.

Things remain complicated as it would be very difficult for the central leadership to bypass Chandy as he remains the preferred person for other UDF constituents – including the Indian Union Muslim League – to do business with. Chandy is also a mass leader and someone who remains popular with people despite the allegations he had to face in recent years regarding the solar scam.

Meanwhile, he is playing the waiting game and plotting to capture control of the leadership and displace Sudheeran whenever the organisational elections are held. Muralidharan’s speech and Unnithan’s reaction provided an opening for Chandy to make a move. A letter sent by K.C. Joseph, a close aide of Chandy’s, to the KPCC chief asking if the statements made by Unnithan were in his capacity as the spokesman, heightened the intrigue as speculations of ‘A’ faction –  or the (AK) Antony faction led by Oommen Chandy – throwing their weight behind Muralidharan were generated. The central leadership stepped in within four hours of the ugly incident and imposed a gag order. However, things are far from normal and the disquiet is palpable within the rank and file of the party in Kerala.

Anand Kochukudy is a freelance journalist who writes about Kerala politics.