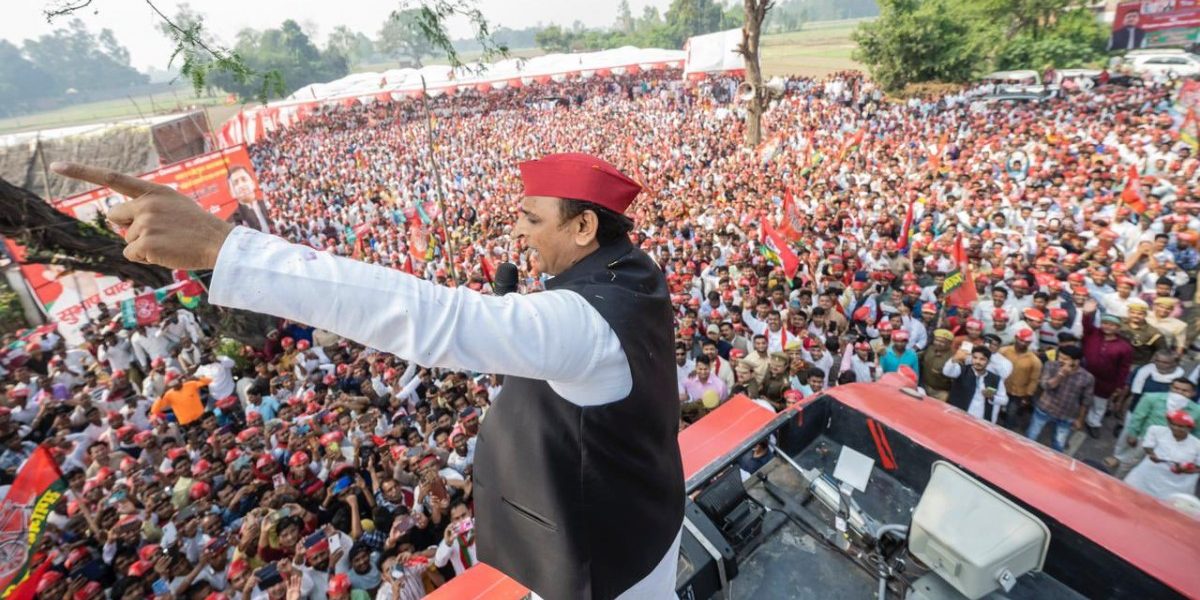 In the video, Yadav can be heard saying, “Jinnah became a barrister after studying in the same institution. He obtained his education and served as a barrister in the same place. He got freedom for India. He did not back down from any struggle…”

Kanchan Gupta, an advisor in the Ministry of Information and Broadcasting, also made the same claim while sharing this video.

“Jinnah got us azaadi” ~ @yadavakhilesh
What kind of pandering is this?
pic.twitter.com/4vkdDvss4h

Arun Pudur and Payal Mehta were among those who shared the visuals and accompanying claim. BJP spokesperson Sambit Patra, Hindu Yuva Vahini in-charge Yogi Devnath, and Amit Kalraj of BJP Uttar Pradesh amplified the claim but did not share the video.

In a reply to Kanchan Gupta’s tweet, a user shared a two-minute video of Akhilesh Yadav that confirms the politician’s statement is being taken out of context. He first mentions Sardar Patel, Jawaharlal Nehru, and Mahatma Gandhi in context to India’s independence movement, followed by Jinnah. However, this initial portion has been cut out of the viral video.

On October 31, ANI posted a video of Yadav’s full speech, where the remarks can be heard in their entirety. He states, “Sardar Patel used to make decisions keeping in mind the situation on the ground. He would only make decisions after gaining a proper understanding of what was happening at the grassroots level. That’s why he is known as the Iron Man of India. Sardar Patel, Father of the Nation Mahatma Gandhi, Jawaharlal Nehru, and [Muhammad Ali] Jinnah became barristers after attending the same institution. They got freedom for India. They did not back down from any struggles. It was Iron Man of India Sardar Patel who imposed a ban on an ideology (RSS).”

Amit Malviya shared a cropped video claiming that the SP chief said Muhammad Ali Jinnah got freedom for India. However, he was actually addressing a gathering commemorating the birth anniversary of Sardar Vallabhbhai Patel from Hardoi. During his speech, Yadav did not mention Jinnah alone in the context of India’s freedom struggle. His statement has been clipped and is being circulated out of context. The full-length video of the speech was uploaded to his YouTube channel.

We also reached out to a Delhi-based historian for more information on the role of Muhammad Ali Jinnah in India’s freedom struggle. Historian Syed Irfan Habib told Alt News, “Muhammad Jinnah was a freedom fighter in his early phase in the 1910s and 1920s. He was even called an ambassador of Hindu-Muslim unity. But the latter phase, a communal phase that strengthened the [Muslim] League and divided the country, was also majorly his creation. It was an avoidable remark [Akhilesh Yadav’s statement] because we know how facts can be twisted. Jinnah remains a divisive figure for the role he played.”