The Wire's Hindi site, which has obtained a copy of the note – titled 'Mere Vichaar' or 'My Thoughts' – is publishing it in its entirety today. 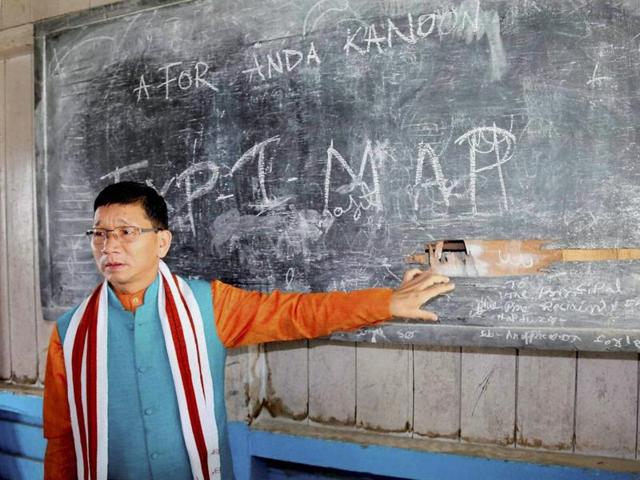 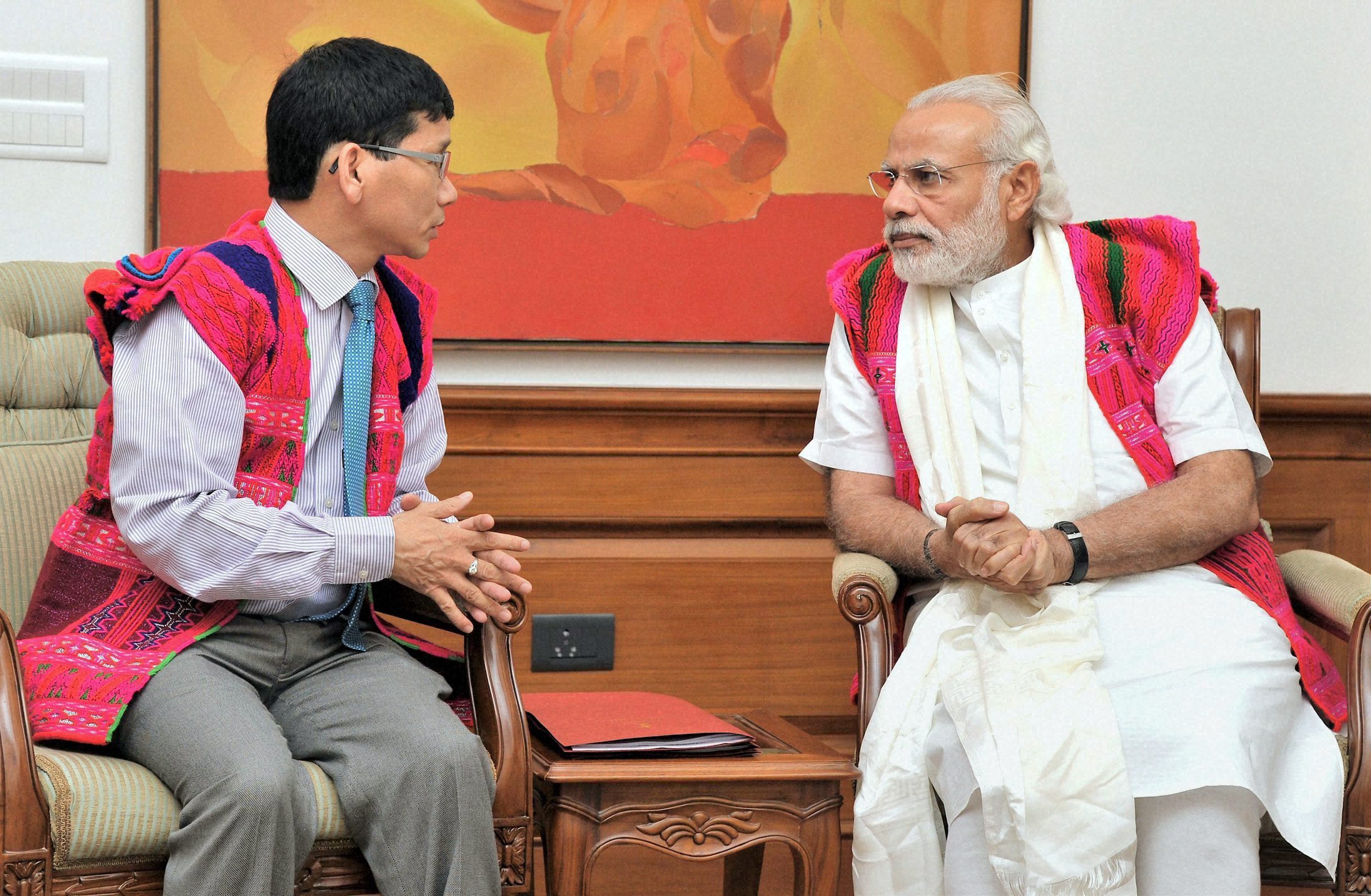 New Delhi: In an explosive 60-page note that Kalikho Pul wrote one day before he killed himself in Itanagar last August, the former chief minister of Arunachal Pradesh has levelled serious allegations of corruption against constitutional functionaries and a host of top politicians in the state – including current chief minister Pema Khandu and his deputy Chowna Mein.

The note, whose existence was first disclosed to the media by the former Arunachal Pradesh governor Jyoti Prasad Rajkhowa last October, has remained under wraps since it was first discovered alongside Pul’s body on August 9, 2016. Its contents have remained the subject of intense speculation until today.

Sealed copies of the note were seized by the police when it arrived on the scene but nothing has been heard of Pul’s allegations since then. The Wire’s Hindi site, which has obtained a copy of the note – titled ‘Mere Vichaar’ or ‘My Thoughts’ – is publishing it in its entirety today because it believes the people of Arunachal Pradesh and the rest of the India have the right to know what prompted the former chief minister to take his own life. An English translation is available here.

The Wire is not in a position to verify the accuracy of the allegations that Pul has made in the note but believes the circumstances of its drafting – it is akin to a dying declaration of sorts – and the gravity of charges warrant an independent investigation.

So far, neither the state government, which is today in the hands of Pema Khandu of the Bharatiya Janata Party, nor the Centre, has bothered to order a probe into the note’s wrenching allegations. This makes it all the more important that its broad details be brought into the public domain.

The note, typed in Hindi with Pul’s signature on every page, has been scanned by The Wire and is available at www.thewirehindi.com.

The note makes allegations of corruption against a number of individuals, including politicians from the Congress and Bharatiya Janata Party. Pul, a Congress leader who revolted against the Congress-led Nabam Tuki government in 2015, became chief minister of Arunachal Pradesh for four-and-a-half months in 2016 before the Supreme Court held the dismissal of the Tuki government at the hands of Governor Rajkhowa to be unconstitutional. Pul resigned on July 13, 2016, the day the court gave its ruling. A broken and disillusioned man, he killed himself on August 8, 2016.

Due to the sensitive nature of the claims the note contains, we have redacted some of the names and details involved. Pul believes the Supreme Court was wrong to eventually rule in favour of Nabam Tuki, the Congress chief minister with whom he broke in 2015. In Pul’s telling, Tuki, his erstwhile ally, Pema Khandu, who is now in the BJP, and Khandu’s late father, Dorjee Khandu, milked the state exchequer for years, especially by manipulating funds intended for the public distribution system (PDS), as well as relief funds. The Wire is not in a position to independently corroborate these allegations.

In what is perhaps the most disturbing aspect of his note, Pul alleges that brokers approached him in the run up to the Supreme Court’s July 2016 verdict demanding large sums of money in order to ensure the judgment went in his favour.

Who these brokers were and what gave them the audacity to make such an approach ought to be the subject for an independent investigation.

Writing about Pema Khandu, the current BJP chief minister of Arunachal, Pul asks what allowed him to amass personal assets on such a large scale.

“It is for the people to think about what he possessed before becoming a minister and what he owns today. After all, he did not own a money minting machine or factory, nor did he have access to Kuber’s treasure. Then where did so much money come from?

“This money belongs to the people, and it is on the strength of this money that those who strut around as ministers intimidate them, making the public run after them. It is imperative that the people demand answers and a thorough investigation of this matter.”

On the PDS scam in the state, which is still unravelling, he writes:

“For the first time in the 23 years of my political life I witnessed the release of payment on the basis of a photocopy of a PDS invoice. Such a thing never happens in any other state.

“The PDS payment released was to the tune of over Rs 600 crore, made out from the state’s Development Fund whereas it was a GoI scheme, and the GoI, having detected a scam, had not advanced a single paisa to the state government.

“The main culprits behind the PDS scam are none other than Dorjee Khandu, Pema Khandu, Nabam Tuki and Chowna Mein.

“When I took over as chief minister, I had the matter investigated in a bid to save the state government. My government filed a case against the FCI as well as GoI and also submitted a review petition in the Supreme Court. I deeply regret that I could not save the state government in this case owing to the fact that all the former ministers, chief ministers and officials ganged up to do away with the relevant files and documents. The chief secretary, secretary, directors and officers stand to go to prison in this case.”

“In 2008, on Dorjee Khandu’s say-so and on account of my own helplessness I myself went to Motilal Vora four times to reach him the money – a total of Rs 37 crore.

He ends his explosive note with an exhortation to ordinary citizens:

“I have no vested interest in telling you all this. I do not fear anyone. I am not weak and I do not consider this as an act of surrender on my part.

“The sole purpose of putting these concerns out in the open is to awaken the people and make them see the dirty games being played in the state and country, the corrupt acts being perpetrated, and the reality of corruption that has seeped into the system. But people have a short memory, they forget too soon. Keeping this in mind I have taken this step in order to jog public memory, awaken people, reason with them and implore them to ponder these issues. This is also my way of reposing faith in them…. I want the voice of my heart, my thoughts, experiences and message to reach as many people as possible so that I can reason with you, prod you awake and give you confidence and strength in the fight for truth.”

Less than 24 hours after typing out these words, Pul, an orphan who began his career as a chowkidar at a local school who was paid 212 rupees a month to hoist and lower the national flag, had hanged himself. He was only 47 years old.