Braj differs from the Meerut-Muzaffarnagar-Saharanpur region in important ways that may benefit the BJP. 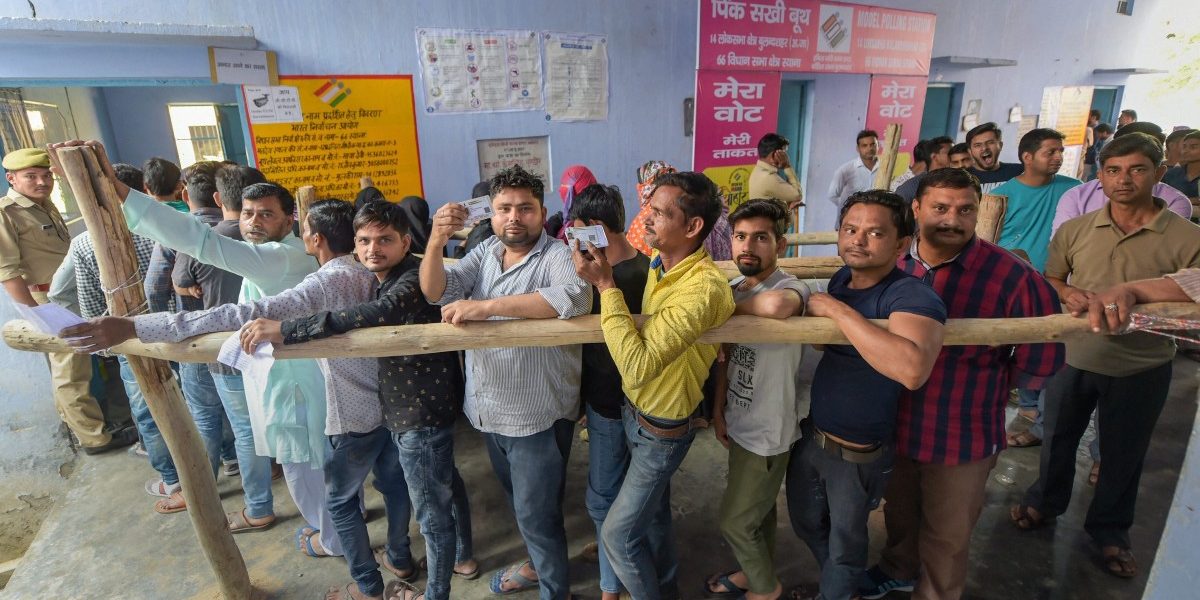 Following the voting in the Meerut-Muzaffarnagar region of western Uttar Pradesh on April 11, some polling agencies have scaled down their tally of seats for the Bharatiya Janata Party in the state. The reason seems to be the comparatively low turnout in six out of the eight Lok Sabha seats in the ‘Jat-Muslim’ region where elections were held – which has led to the feeling that the BJP will get less than the seats predicted earlier in UP.

Other commentators point to the nervousness of the BJP, which has dropped at least two dozen sitting MPs and fielded new faces and offered two seats to the Nishad party, as well as the feeling that Congress nominees in Meerut, Ghaziabad, Gautam Buddh Nagar and Kairana have managed to make a dent in the BJP vote-bank in these seats.

When an election stretches to as many as seven phases in UP, there is a tendency to extrapolate and predict the state-wide trend based on ground reports coming from the first phase, which in this case happens to be the Meerut-Muzaffarnagar-Saharanpur region.

Our field studies revealed that in the first phase, a combination of factors gave an overwhelming edge to the mahagathbandhan against the BJP: political (re-centring of the Ajit Singh-led Rashtriya Lok Dal), demographic (majority of Jats shifting to the grand-alliance along with Dalits and Muslims) and agrarian (return of the agrarian issues in the electoral arena). Hence, in all likelihood, the saffron party could lose a majority of seats therein.

Focusing on the Braj region, however, there are marked differences and it would be erroneous to expect similar results in the Lok Sabha constituencies falling under the second phase as in the first phase. The demography, issues before the electorate and electoral dynamics in the second phase are quite different from those of the first.

The demographic situation in the constituencies that voted in phase 2 is different from those in phase 1.

Barring Nagina, Amroha and Bulandshahar, the remaining five Lok Sabha constituencies – Aligarh, Hathras, Mathura, Agra and Fatehpur-Sikri – are part of the Braj region of western UP, whose socio-cultural dynamics are qualitatively different from that of the Meerut-Muzaffarnagar region.

While in the latter region Jats occupy a dominant position, in the former, Jats are just one of the many social groups and share their social and political dominance with other OBCs such as the Lodhs, Sainis and Jhimars, who today privilege their caste/communal identity over the peasant one.

The OBCs, particularly the lower section, were mobilised by the BJP prior to the 2014 election and they remain committed Modi voters. As upwardly mobile groups, they are wary of the hegemonic position earlier enjoyed by the Jats, Lodhs and Sainis and would not like them to gain the upper hand once again. So due to local social factors, the BJP support base among the lower OBCs remains intact here.

It is also important to remember that BJP leader Kalyan Singh has considerable influence in this region among the sizeable Lodh community. The region also has a significant presence of upper castes voters like Brahmin, Thakurs and Banias, who form the core base of the BJP.

Political issues – and the dynamics around them – are quite different in Braj, compared to Meerut-Muzaffarnagar.

Even though areas like Tappal in Aligarh witnessed a farmers’ agitation against land acquisition for the Yamuna Expressway project in 2010 during Mayawati’s tenure, the agrarian narrative has not been central in the political realm as in the Meerut-Muzaffarnagar region.

This is because the Jats and agrarian parties such as the BKD/BLD formed by Charan Singh have not over time defined the political contours of this sub-region. Nor has the Bharatiya Kisan Union, led by the fiery peasant leader Mahendra Singh Tikait, had an overwhelming influence in the area. Also, the Jats of the Braj region relate more to Rajasthan and therefore do not constitute the core of BKD/BLD and BKU-centric agro-political dynamics.

Rather, the dominant narrative in the region has revolved more around communal overtones directed towards institutions like the Aligarh Muslim University, which was projected as being a misfit in the socio-religious dynamics of the Braj region. Moreover, unlike the Meerut-Muzaffarnagar region where communal frenzy in the wake of the Ram temple movement in the 1990s was relatively diluted on account of the pragmatic socio-political alliance and symbiotic interdependence between Jats and Muslims, the Braj region witnessed intense religious polarisation.

BSP chief Mayawati and SP’s Akhilesh Yadav at a a rally in Badaun. Credit: PTI

Not only did the region come under the influence of firebrand Hindutva leader Kalyan Singh, a Lodh, who was chief minister when the Babri Masjid was demolished in 1992, the Jats in the region have different politico-cultural imaginations. The region has witnessed the steady growth of communalism over time.

Field interaction with Jats showed that in this sub-region, they do not relate to the Ajit Singh-led RLD, nor do they have the incessant agitational temperament as witnessed in the other sub-region of western UP. For instance, a visit to a Jat-dominated village in Tappal bloc belonging to the BKU district president of Aligarh, Vimal Tomar, revealed a divided house. While there was unanimity over the agrarian distress, political opinions were divided over the mahagathbandhan and the BJP. A section of the community supports the BJP despite the fact that the candidate of the mahagathbandhan, Ajit Balyan, is a Jat, while the BJP candidate Satish Gautam is a Brahmin.

A similar story is seen in Amroha, Bulandshahar, Mathura, Agra and Fatehpur Sikri. Interestingly, the officials of the BKU in these areas were more inclined towards the BJP by temperament than the RLD. In fact, many of them were not enthused by either the RLD or Ajit Singh.

Nevertheless, a significant section of the community is also with the mahagathbandhan; however, the reasons happen to be local, like candidate profile and demographic dynamics rather than agrarian issues. In this backdrop, where one witnesses the Jats as a divided house, it looks as if farmers issues will not be dominant; communal issues will be equally if not more important.

It is important to understand that the nature of agriculture is different in this sub-region from Meerut-Muzaffarnagar.

Here, sugarcane is not grown on a large scale – the major crop is potato, which gives it a very different agrarian dynamic. Potato farmers in UP – which accounts for more than 30% of India’s potato produce – have been complaining about low prices for the past three years. The problem is particularly severe in the regions of Agra, Hathras, Mathura and Aligarh, which go to polls next and account for a third of UP’s potato produce.

All five parliamentary constituencies in these districts are currently held by the BJP. In the past, the RLD did have some influence in these constituencies, though much less than in the Meerut-Muzaffarnagar sub-region; today its popularity among its core supporters has dwindled. In 2014, grandson of former Prime Minister Chaudhary Charan Singh, Jayant Choudhary, lost to Hema Malini of the BJP by a margin of over three lakh votes in Mathura.

Our fieldwork showed that while potato farmers are angry with the BJP, which they feel has not done anything to help them, they point out that the mahagathbandhan partners have not offered any real solution. They argue that potato can be stored in the cold storage until a better price is available. More importantly, they point out that their OBC community is voting for the BJP and they will do so too. Hence, the earlier mobilisation of the OBCs, particularly the lower sections, still holds in the region.

There remains, thus, the possibility of the BJP surging ahead in the second phase and making up for any losses in the earlier phase. Commentators, therefore, are perhaps too quick to announce that the BJP will not do as well in UP as their earlier surveys showed. But there is little doubt that the battle in the second phase – and in successive phases in UP – promises to be a highly competitive one between the incumbent party and its challengers.

Sudha Pai and Sajjan Kumar are the authors of Everyday Communalism: Riots in Contemporary Uttar Pradesh (2018).