In the aftermath of Indira Gandhi’s presidential-style campaign for the 1972 assembly elections, the courts were initially strong enough to provide the checks and balances needed to safeguard India’s parliamentary democracy but later caved in. 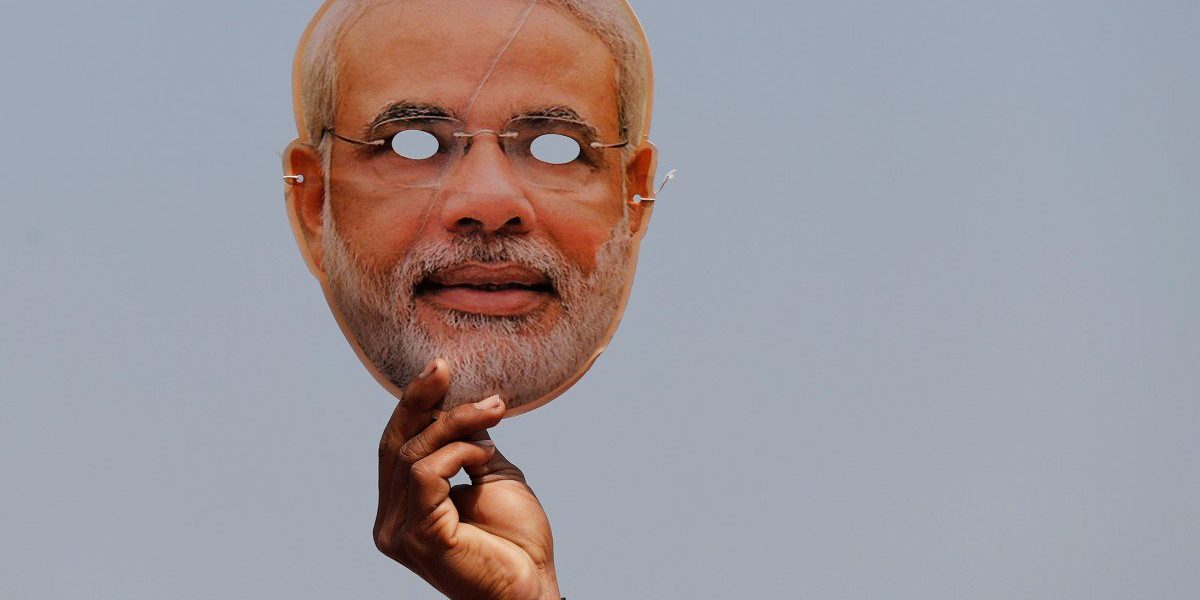 How does an election campaign in a parliamentary democracy become a presidential contest? Credit: Reuters

New Delhi: The outcome of the 2019 Lok Sabha elections makes it clear that the Bharatiya Janata Party won a resounding mandate by converting the race into a presidential-style contest between Prime Minister Narendra Modi and a non-existent contender from the ranks of the opposition.

This is the first time that a sitting prime minister has used an election campaign to achieve this purpose. The constitutional implications of running a presidential-style election campaign in a parliamentary democracy with checks and balances needs to be understood, for it impinges on the basic structure of the Indian constitution, held inviolable by the Supreme Court in 1973 in the Kesavananda Bharati case.

How does an election campaign in a parliamentary democracy become a presidential contest? It becomes one when the issues before the electorate get reduced to choosing an individual for the office of the prime minister.

How does such reductionism take place, and who is responsible for it? This happens when the institutions meant to safeguard the purity of the electoral process and ensure a level playing field for all contestants look the other way, and when the incumbent prime minister violates the model code of conduct with impunity. This happens when an incumbent prime minister seeks to create a larger-than-life image of himself using the advantage of the office, and its privileges, which his potential challengers lack, and then shows the electorate that the choice before them is either voting him back to office or choosing a void.

Doubtless, voters know that the void gets filled once the elections are over by someone found suitable for the prime minister’s office by the representatives chosen by them. It is possible that the person filling that void may prove to be a far better prime minister than his or her predecessor. But the voters choosing to re-elect an incumbent prime minister are typically reluctant to take that risk even when they have reasons to be dissatisfied with the performance in office of the incumbent. This happens when voters get carried away by the larger-than-life image of the incumbent, as compared to his potential challengers.

It has to be conceded that voters in a parliamentary democracy cannot be blamed for understanding the issues in an election in terms of a presidential contest between two or among several individuals. Or even between a sitting prime minister and his non-existent rival. Indeed, India’s first prime minister, Jawaharlal Nehru, secured successive mandates in the first three general elections primarily because there were no challengers to him in the electoral arena who could match his stature, let alone the failure of the then opposition to project such person or persons as challengers to him. But historical accounts show that Nehru did not himself seek to convert the Lok Sabha election campaign into a presidential contest. 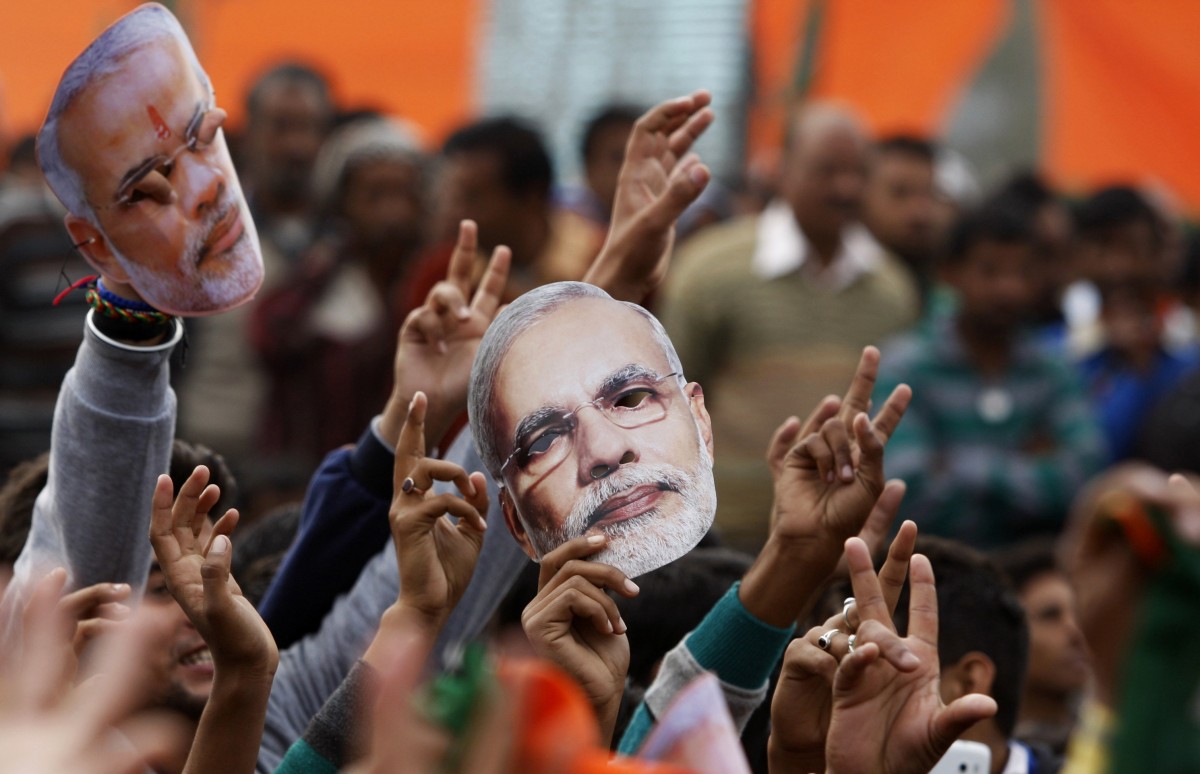 Historian Ramachandra Guha recalls in a recent article a speech Nehru made in the course of the campaign for the first general elections in 1952. When Nehru heard that the socialist leader Jayaprakash Narayan was to tour Punjab after him, he told his audience: “I advise you to go and listen to him. … I may not agree with him on certain things. But he is an excellent man…. You must listen to the others and try to understand all the arguments and then decide for yourselves”. Guha also cites other instances of Nehru using the election campaign to emphasise and promote the virtues of communal harmony.

Guha notes in his book, India After Gandhi, that in the general elections of 1952 and 1957, the Congress had made much of its being the party of the freedom struggle. In 1962, its campaign focused more on what it had done since. Its policies, it said, had increased agricultural and industrial production, enhanced education and life expectancy and promoted the unity of the country. Never having held power, the opposition could not match these assertions with counter claims of their own. In the event, the Congress comfortably retained its majority in parliament, winning 361 seats out of 494.

The fourth general elections in 1967 saw the Congress tally in the Lok Sabha dropping to 283. Guha notes that according to a survey, the minorities, once a loyal vote bank, were disenchanted with the party, as were large sections of the young and the less educated. Also, the Congress, in the face of a united opposition, could not benefit from a three- or four-way division of the vote.

The fifth general elections were advanced by the then prime minister, Indira Gandhi, by one year, and were held in 1971. Her party, Congress (R), swept the polls, winning 352 of the 518 Lok Sabha seats. She countered the slogan of ‘Indira Hatao’ with the more effective slogan of ‘Garibi Hatao’. Again, the contest was not presidential, but fought on her promises of social change.

The 1977 and 1980 Lok Sabha elections were fought on different issues: 1977 was in the context of the excesses of the Emergency, leading to the defeat of Indira Gandhi even though there was no clear alternative to her before the electorate. The 1980 elections saw her return, following the collapse of the Janata experiment. The general elections held in 1984, 1989, 1991, 1996, 1998, 1999, 2004 and 2009 were hardly presidential in the sense that in none of these elections did the incumbent prime ministers bank on there being no alternative to them among the opposition parties.

Nor was there a clear alternative to the incumbent prime minister to make the contest presidential. The issues before the electorate in each of these past general elections were different and unique. In 2014, although the BJP tried to make the elections presidential by projecting Modi as its prime ministerial candidate, other parties did not project one as an alternative and evidence suggests that voters were largely guided by the issues before them.

There is, however, one instance when an incumbent prime minister was successful in seeking a presidential-style contest – but it was in the assembly elections of 1972 in 13 states in which Congress won comfortably. Indira Gandhi had used India’s success in the Bangladesh War to project her personality in the elections. Atal Bihari Vajpayee, then leader of the Bharatiya Jana Sangh, complained at the time that while the opposition had put up 2,700 separate candidates, the ruling party had in effect fielded the same person in every constituency – Indira Gandhi.

Also read | The Next Five Years Could Change India Forever

Cut to 2019, and the implications of projecting a larger-than-life image of the incumbent prime minister in a general election to the Lok Sabha – without the EC ensuring a level playing field for other potential contenders – are obvious. Whether the presidential-style election campaign translates itself to one of presidential-style governance by the prime minister of a parliamentary democracy – without the necessary institutional checks and balances, so carefully nurtured over the years – will determine the future of the Indian republic.

In the aftermath of Indira Gandhi’s presidential-style campaign for the 1972 assembly elections, institutions like the courts were initially strong enough to provide the requisite checks and balances to safeguard India’s parliamentary democracy but later caved in. Her increasingly authoritarian style of leadership resulted in the declaration of Emergency in 1975, and the deprivation of fundamental rights which a weakened Supreme Court rubber-stamped. The rest is history. With already weakened institutions greeting Prime Minister Narendra Modi at the start of a second term secured through a presidential-style campaign, the signs are ominous indeed.