In conversation with the two-time MP from an erstwhile royal family about issues in Balangir, dynastic politics and more. 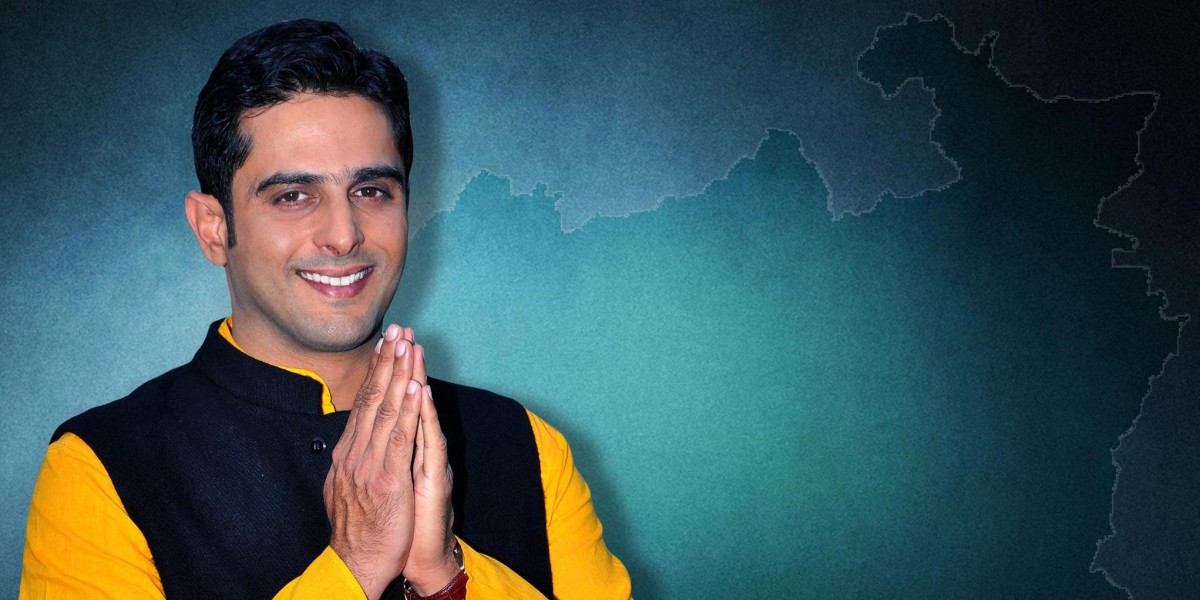 One of the poorest regions of India, drought-affected Balangir has only returned the members of the erstwhile royal family to the Lok Sabha – Sangeeta represented the constituency before Kalikesh – in the last few terms. Kalikesh’s father, uncle and grandfather have been MLAs in the district, the latter also serving as the Swatantra Party chief minister of the state from 1967 to 1971.

How do you measure Biju Janata Dal’s prospects in the upcoming elections? It looks like a good triangular contest this time.

I don’t think there is any real serious threat to the BJD. There was a big gap between BJD and other parties in the state. Although the BJD may lose a percent or two (vote share), it will still be a clear frontrunner. I don’t think we will lose more than 2-3 seats in the state.

Currently, you have 20 parliamentary seats and 117 seats in a 147-member assembly. But you are also battling anti-incumbency or fatigue of continuous 19-year rule.

There will be some anti-incumbency and fatigue but we have had a lot of good, new developmental schemes, and you have heard of a lot of new fresh faces who have come in the parliament as well as in the assembly. I think that is going to have a positive impact.

Our Mission Shakti has been happening since 1999-2000. I remember the chief minister telling me in no uncertain terms that this would be one of the revolutionary movements where women are going to get both financial independence and social acceptance. And this is what it has turned out to be. Almost 75 lakh women in the state are covered by Mission Shakti in Odisha.

The face of SHGs in Odisha, Pramila Bisoi, is contesting on a BJD ticket.

Yes, we have her contesting from Aska which was also the chief minister’s parliamentary constituency. His assembly seat (Hinjili) is also there.

It is my privilege to see a self made woman of @mission_shakti, Smt Pramila Bisoi, leader #SHG, being declared as @bjd_odisha‘s Lok Sabha candidate from #Aska, from where I had started my political journey.https://t.co/8etALwrP6e pic.twitter.com/F9xBxKn8ec

Which party do you think is the main opposition for the BJD – Congress or BJP?

How do you weigh your chances in Balangir, from where you area also the sitting MP?

So, the triangular contest will help you.

I think it’s pro-incumbency for the BJD. I think it is going to be proven again, the game changer this time has been the KALIA Yojana (Cash benefits for the agrarian community). Almost 92% of the small and marginal farmers and sharecroppers have been covered.

But in many villages we visited, we saw people complaining that only a few have received benefits. It may also backfire on you.

I don’t think it will backfire because there are many other schemes. The old-age pension has been increased by Rs 200-300, which the government of India refused to do so in the last five years. We got 100% universal health coverage under the Biju Swasthya Kalyan Yojna, not an insurance fraud like the Pradhan Mantri Krishi Vikash Yojna, which probably Ayushman Bharat will also turn out to be. The moment you introduce private insurance companies, the incentive of the insurance company is to disallow claims.

There is a feeling among critics that the BJD’s policy of equidistance from both national parties is a smokescreen; eventually, the BJD favours the BJP at the Centre. You have supported the Modi government in many of its decisions.

Absolutely, issue-based support. We do not believe in either party’s ideology, either the right-wing ideology of the BJP, or the left-leaning socialistic-conservative attitude of the Congress, where corruption has blossomed in the last 50 years.

As an MP of Balangir for the last two terms, how do you rate your performance?

I think it’s far beyond me to rate my performance. It is for the people to judge. 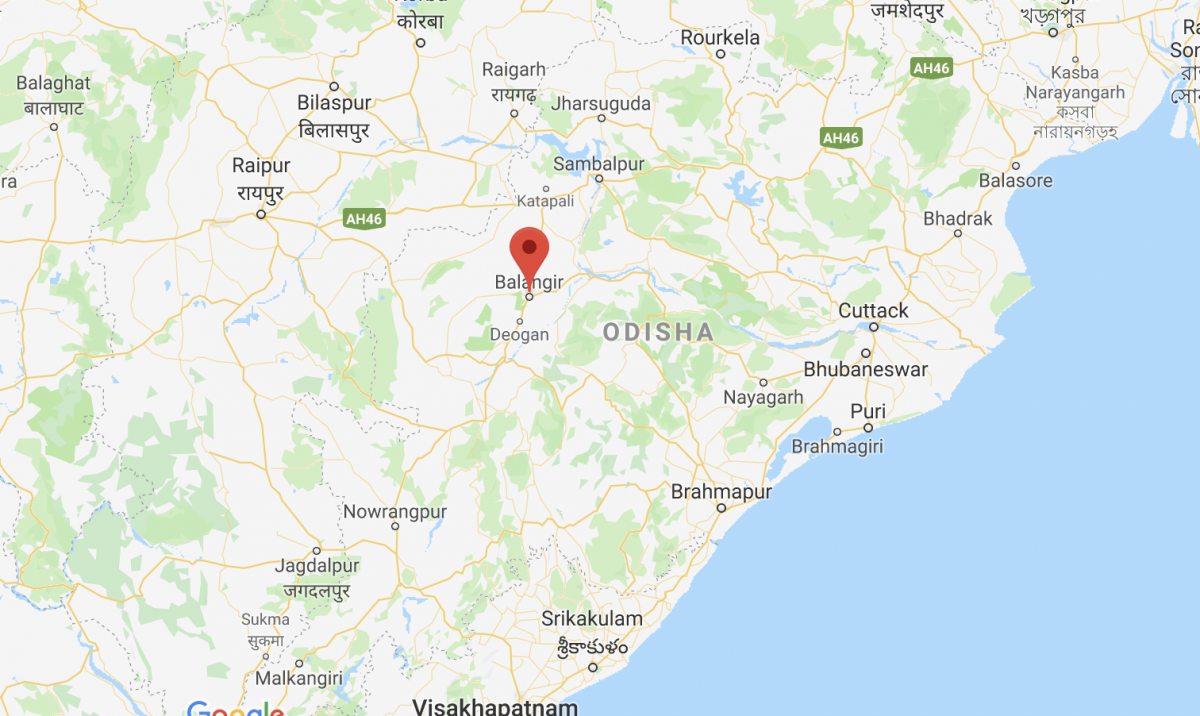 Balangir marked on the map.

Why I am also asking this question is that there is a feeling in Odisha that the power is concentrated in coastal Orissa. Western Odisha is considered to be much less developed than its coastal counterpart. It is also considered much less democratic, as only a few families get political representation most times.

I can’t understand why you would say that because there are elections every five years. People vote people in and vote them out, and people change. If somebody does good work, they will be accepted. I don’t think it’s right to say that those doing good work would not be accepted.

But what would you say are your major achievements in the last ten years in your constituency?

We do have canals, but we will have it in the pipe, so that the land comes over that and you can sow on top of that.

The biggest problem in Balangir is distress migration to brick kilns. Almost three lakh people migrate to work in inhuman conditions outside the state.

It’s a huge problem, and at one time, I did stop it when I was younger and an MLA. Unfortunately, what I found is that the villagers were now telling me that you stopped it, now give us work. We need to ensure that there is enough work for them here first.

There are a lot of people who go out without registering themselves as migrant workers. This leads to exploitation and a lot of abuse – physical, emotional, mental, financial, sexual – it’s terrible.

So there has to be some long-term solution to it because it’s more distress migration than choice-based migration.

A bit of both. What happens is that when you get an advance of 30-40,ooo in the family, no amount of MNREGA work can compensate for that.

We found that MNREGA in Balangir suffers from hugely delayed payments.

The Centre has been delaying it for six months. It’s a shame that they have held it up for six months The budget for it has increased but the money doesn’t come, which is typical of the government of India in the last five years. 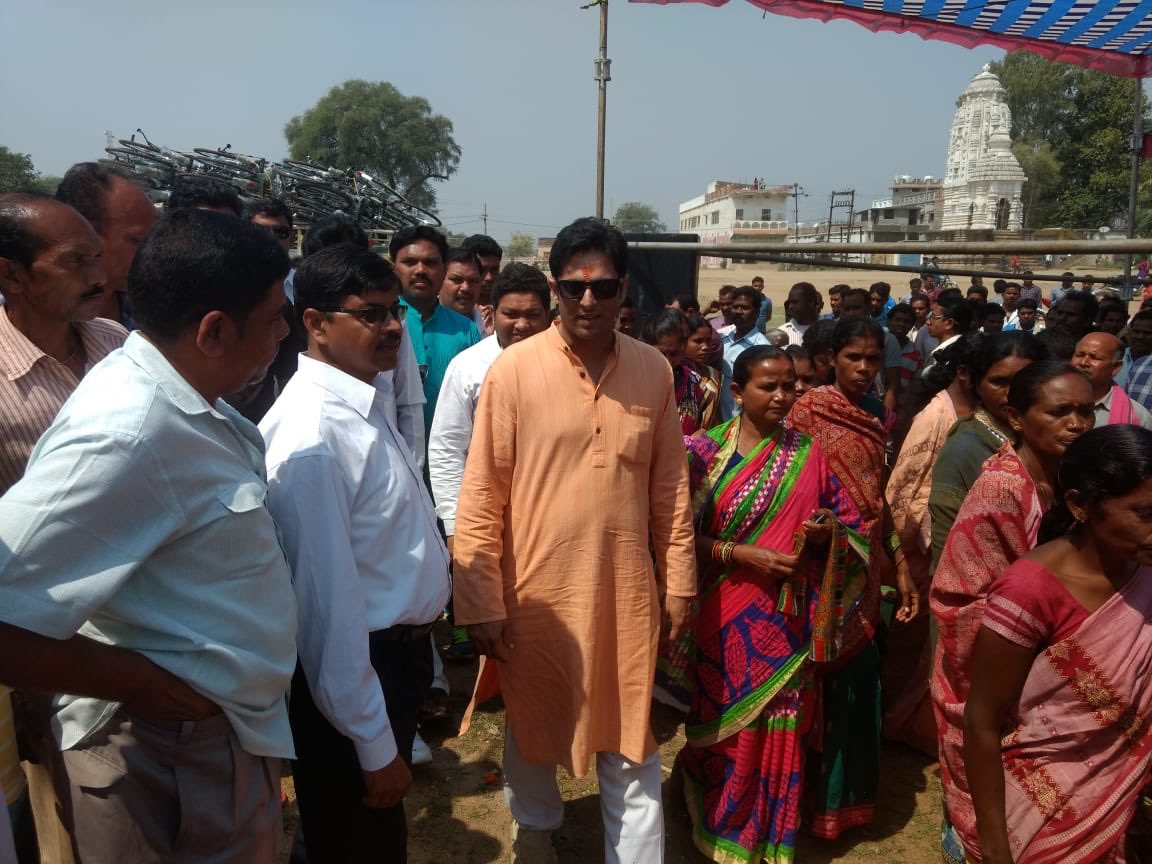 If you get elected, what immediate steps will you take?

What I intend to do is have a lot of skill development centres in the districts – we already have 4-5. The idea is, you can’t stop the migration of labour, but what you can do is to increase the level of skill so that it doesn’t become distress migration. From brick-maker, they become a bricklayer or a mason.

The idea is to get as much work in the local area as possible. I have got a government aviation training institute opening up its second branch in Balangir. We want at least 100 pilots to go from this district. For those who are not so skilled, we have an employment exchange which works with specific target colleges with vocational training and introduces people to come and get jobs here. I started a lot of job fairs where people can come and get semi-skilled or low-skilled jobs.

I think there is a problem with the quality of education all over across India. I don’t think it’s limited to west Odisha.

But do you think that these two sectors should be the focus areas?

Absolutely! I think the quality of education needs much more work across India, certainly in my districts also. I plan to introduce smart classrooms – digital, computerised, with smart lesson plans – in every college in every college in the next five years.

Also read: Elections 2019: Why Regional Parties May Hold the Key to Victory

I don’t think access to education is a problem in Odisha anymore. In every small ward we have a small school.

What is your main campaign plan for your constituencies this time?

We want to try and portray an image of what we want to achieve. The idea of giving the young an opportunity, therefore turning them into assets and not liabilities. The idea of distress migration needs to be stressed much more strongly. We need to bring much more quality institutes into the districts to improve the quality of education.

This is a question which I have to ask. Balangir and Patnagarh have remained your family domain. Members of your family have represented these constituencies multiple times from various parties. At a time when political dynasts are being questioned, do you not think this is a problem?

Obviously there is some good work done by my family, which is why we get on. This is my fourth election and I have been re-elected every time by a larger margin. So obviously there is some faith in the goodwill, and an appreciation of my father’s and grandfather’s contribution, for that matter. Now, I don’t think people should vote for me because I come from a family, but I also don’t think because people should not vote for me because I come from a certain family.

I think what happens in the first election is that you get judged from your work. And frankly speaking, there are less dynastic politicians in India then there are dynastic actors, or lawyers or doctors, so it’s not uncommon to follow one’s father’s profession of interest – it’s a natural environment to grow up at your home.

Don’t you recognise the need for representing more common people in your constituency. Only two families – one Brahmin and one Kshatriya – are at the forefront right now.

I don’t think there’s caste-based politics in Odisha, certainly not in west Odisha. When I first fought my election, I fought against a tribal leader in Titlagarhh. Now there are two tribal leaders in Titlagarh, there’s Kantabanji which has a Muslim and a Sardar candidate. So I don’t think Odisha represents what is typical of politics in northern or western India which is a caste or religion-based. I think it is very much based on personalities and people’s faith in them.

I don’t think there has been a dominance of these two families in Balangir. Yes, my family has been elected somewhere or the other for a long time. We have fought with each other almost every time for the last 30 years.

You were in the joint standing committee on petroleum and natural gas. What happened in that committee for the last five years? Dharmendra Pradhan is the petroleum minister who is your main opponent here.

There are many issues. For example, in Balangir or western Odisha, Ujjwala scheme (subsidised LPG connections for the poor) has a refill rate of only 7% because they removed a subsidy to pay back the loan of Rs 2,000. People can’t afford to pay Rs 950 for refilling. If they could, they wouldn’t have needed the Rs 2,000 loan to begin with.

So I think it is these small things which one tries to bring to notice. But I think the Ministry of Petroleum of Natural Gas has been unnecessarily obstinate when it comes to Odisha.