From Leading a Women's Movement to Electoral Politics, the Journey of Pramila Bisoi

“Nothing will change if we do not work for it, and who but women know how to turn things around?” 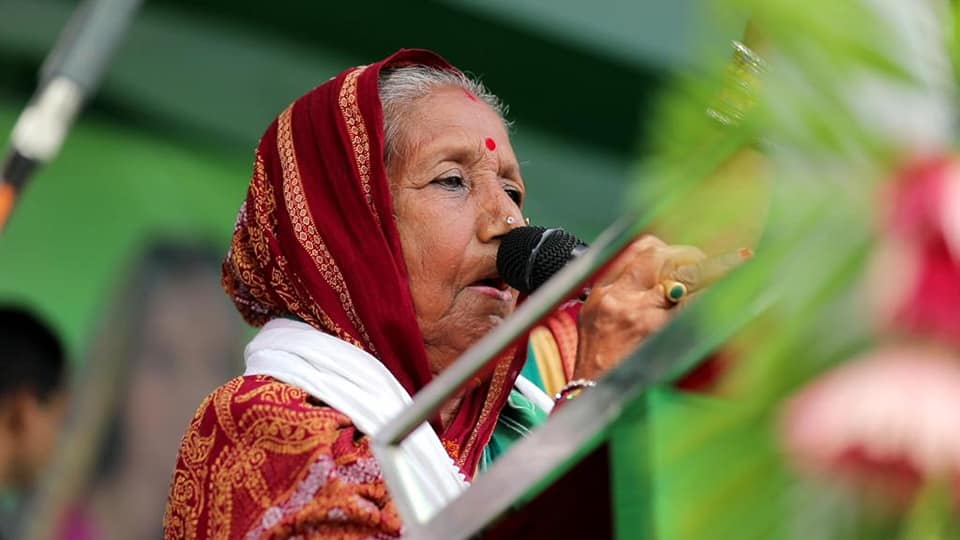 On a hot summer afternoon in March, a surprise awaited 68-year-old Pramila Bisoi from Cheramaria village in Aska block, in Odisha’s Ganjam district. After a brief telephonic conversation in the morning, a Bhubaneswar-bound vehicle arrived at her modest house. “I thought I was to receive some award,” says Bisoi. Little did she know that there were other plans. She was declared Biju Janata Dal’s official candidate from the Aska Lok Sabha constituency for the upcoming Lok Sabha elections.

It happens rarely, but the electoral democracy of India in those occasions demonstrates the true spirit of its inclusivity. Transcending the elite and masculine nexus of electoral politics even while it is embedded in the broader matrix of party-politics, the news of Bisoi’s candidature was a milestone in Odisha’s history.

Historically, the Aska constituency has been of immense importance to the ruling party, BJD. Aska marks the beginning of Naveen Patnaik’s long, illustrious political career from 1997, when he first entered as a novice. And since then, the BJD has held fort for 22 years, with Patnaik holding the Hinjili assembly constituency which falls within it. In that light, Bisoi’s candidature is more than symbolic.

Bisoi, fondly known in the area as mausi (aunty), belongs to a humble farmers’ family, owning less than an acre of land. Her elder son runs a small tea stall and, the younger works in a garage. Two of her daughters are married and have now moved into their marital homes. Bisoi confides that they have no stable source of income and depend largely on their produce of wheat and ragi. Their annual income is between Rs 10,000 and Rs 12,000.

She went to school until Class 3, and speaks only Odia. Married at the tender age of five, Bisoi has seen the hardships of life up close. Yet, she has never been one to give up hope. She began working as an anganwadi sahayika, cooking meals at a meagre salary. As an active part of a self-help group (SHG) for over 18 years now, she has been a true leader for people from nearby villages.

Bisoi has been a representative for Mission Shakti, the women’s SHG movement of Odisha. She advocates for women’s participation in civil society, and has been involved in ensuring their employment. With her guidance, women from Chermaria have encouraged children to join schools and anganwadi centres, and ensured regular mid-day meal provisions for them. They have also undertaken works on sanitation, health and nutrition in nearby villages.

Life in Chermaria was very different earlier: vegetation was sparse and agricultural income was at an abysmal low. Situated on rocky barren land between a river on one side and a dense jungle on the other, the water woes of the village were distressing. The families did not have enough water for irrigation, agriculture and household chores. Bisoi knew that their world cannot change without the involvement of the women who were hidden behind the long veils and confined to the four walls of their houses.

“Nothing will change if we do not work for it, and who but women know how to turn things around?” she says. She admits that there was quite a lot of reluctance at her attempts at mobilisation initially, but she lured them in with the promise of her ever-so-enchanting songs and stories. 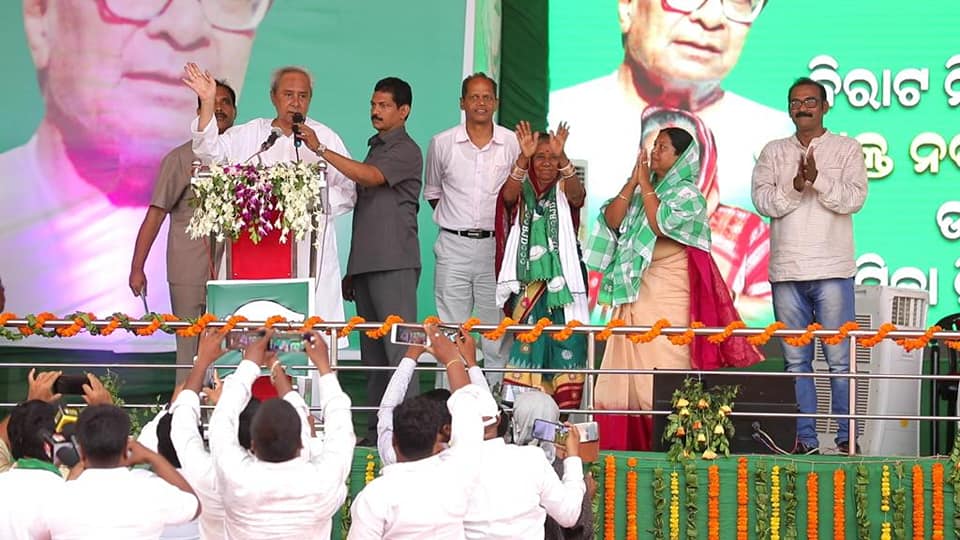 The women knew carrying large quantities of water from the river was never going to be enough, and called for community meetings to plan a sustainable model for agriculture and water conservation. Seeing their unwavering determination, not only the men of the village but also the forest ranger and divisional forest officer assured their full support. Together, they worked tirelessly for months for their seemingly impossible mission. Today, Chermaria has not just large agricultural lands and jungles, but also safe drinking water and direct piped water supply.

“Without a provision for income here in our villages, the sons of our lands have to migrate to far-off places like Surat and Mumbai. The pain of their mothers, wives and sisters remains unheard after that,” says Bisoi. Advocating a communitarian way of building society, Bisoi strongly believes that the state has a significant facilitating role.

These women have also devised a novel way of protecting peacocks at Pakidi hills near the village. Most afternoons, Bisoi leads a gathering of women singing and chattering through the jungle. They drop food for the peacocks on the way, and ensure that the area remains free from poaching and encroachment activities. For all this, Bisoi has been awarded the ‘Prakruti Bandhu’ and ‘Prakruti Mitra’ awards by the forest and environment department of the Odisha government. She says, “If we women can do some much together, we can also make a sarkar for the people.”

On March 10, at a public rally organised by Mission Shakti in Kendrapara, Naveen Patnaik declared that Odisha would nominate 33% women candidates. In the announcement of Bisoi’s candidature, he declared, “It is my firm belief that empowerment cannot be compartmentalised – it has to be holistic. Social, economic and political empowerment must go hand in hand. Women must be represented in the highest forum of decision making in the country. Bisoi represents ‘Mission Shakti’ – the women’s SHG movement of Odisha.”

The upwardly mobile middle-class, however, has a serious problem with Bisoi. This is best reflected in a comment from Kharabela Swain, who joined the BJP recently. He asks, “How can this uneducated woman represent us at the Centre? She cannot speak English or even Hindi.”

For most in Odisha, Bisoi’s inability to speak in English and Hindi is already a hindrance to being a responsible legislator, if she wins. The media attention that she has received is mostly patronising. A local media person asked her condescendingly if she had ever seen an airplane up close. Very slyly, he also asked if she could survive the fancy lifestyle in Delhi which happens to be a sharp contrast to her modest ways in the village. Ignoring her two decades of work in the villages of Aska, and the immense network of women which was a result of her endless efforts, the city’s discourse does not allow her the legitimate space that a leader should have access to, and instead ties her to one identity: uneducated.

In her village, however, things are different. “If Narendra Modi can talk to international leaders without knowing their language with translators, why can’t Bisoi explain our problems in Odia?” one of her supporters retorted.

The debate around languages is not new in Odisha. For all these years, the opposition has complained that Patnaik’s inability to speak fluent Odia incapacitates him to understand the problems of the people and represent them. Amit Shah recently took a jibe at Patnaik about it.

Over the last two years, the Odia language movement has strengthened in the state, demanding the establishment of compulsory usage of Odia in public institutions. However, ironically, the same urban, educated city masses have held a disparaging view of Bisoi. Unaffected by the criticism, Bisoi says, “I have experienced the pain of poverty. I understand this language of pain of the people, and that is all I need to speak about my brothers and sisters.”

In another interview, Bisoi was informed about a remark someone made, that how can the mother of a mere ‘chaiwallah’ become a legislator. She humbly laughed it off, pointing to the irony of the criticism emerging in a nation that boasts of its prime minister being a ‘chaiwallah’ once upon a time.

Also read: Elections 2019: Why Regional Parties May Hold the Key to Victory

An ahistorical reading of her life and baseless claims have irked Bisoi. Education has always been crucial for her. In her days, she claims, she was the one who read letters for people. She says she was a dedicated student with the limited resources available to her. “I will write and read in Odia, and it won’t be a problem,” she reassures voters.

Going from a world of female solidarity to a world of ruthless electoral completion isn’t easy. “I am having to go and ask for votes, like begging,” she says. But the hope that she has for herself and the community that she has built, and in return the hope that rests on her, has given her the power to work. Win or lose, her fight has written a history that cannot be erased.

Bisoi contests against Anita Subhadarshini of the BJP, an associate professor with IGNOU in New Delhi, and Rama Krushna Panda of the Communist Party of India (Marxist), backed by the Congress, as the constituency goes to polls on April 18.

Sweta Dash is a scholar of gender studies at Ambedkar University, Delhi and Abinash Dash Choudhury is a Skye Fellow currently based in Ranchi, Jharkhand.