Did Modi Break the Same Law that Got Indira Debarred – and Brought on the Emergency?

The Prime Minister’s Office allegedly asked bureaucrats for reports to aid the PM’s campaigning, which could be grounds for a deeply disruptive legal challenge. 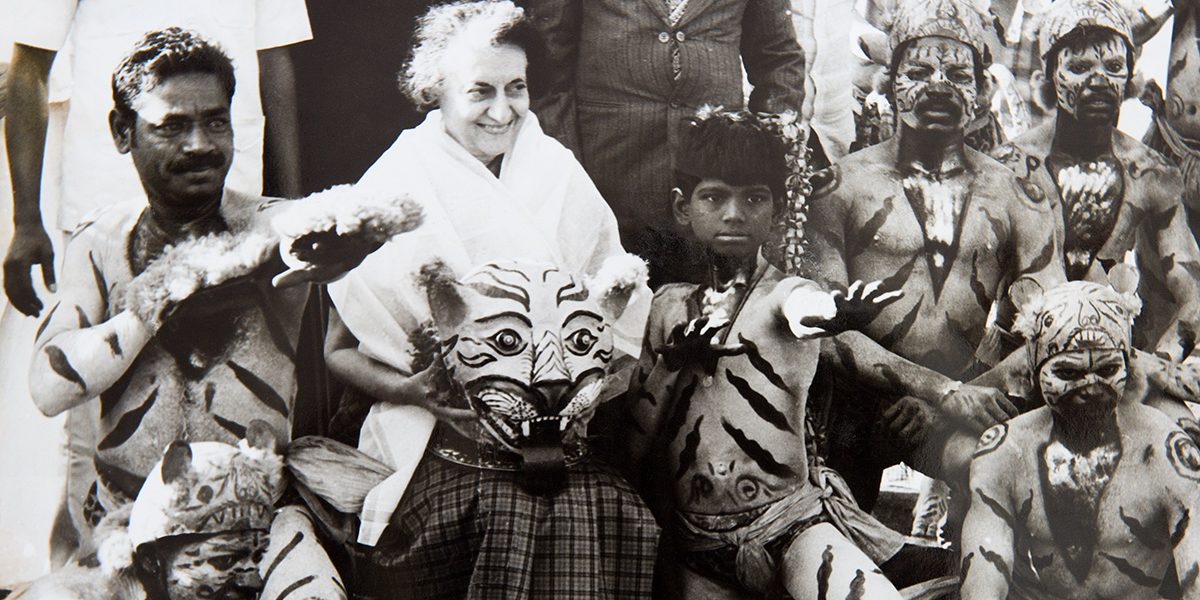 New Delhi: An investigation on Scroll.in has found evidence that the NITI Aayog, the Central government think-tank, called on bureaucrats to provide the Prime Minister’s Office with information about destinations Narendra Modi would be visiting on the campaign trail.

This evidence, if confirmed, could mean that the prime minister has violated not just the model code of conduct (MCC) – but also the same law under which former prime minister Indira Gandhi was convicted. That conviction, in June of 1975, led the Allahabad high court to debar her from parliament, and precipitated her declaration of a state of Emergency.

An email obtained by Scroll.in appears to be from Pinky Kapoor, the NITI Aayog’s economic officer (coordination of states), addressed to bureaucrats, including some chief secretaries, in the Union Territories. On April 8, she allegedly wrote:

II Profile of UTs with special reference to Tourism, Agriculture and employment/ livelihood

It is requested to kindly provide positively the requisite information/ write-up / materials positively by 2.00 pm tomorrow i.e. 09.04.2019 at pinky.kapoor@nic.in.

Scroll.in claims to have also seen evidence of a similar request to a collector in BJP-ruled Maharashtra. Shortly before prime minister Modi addressed rallies in the state – in Wardha, Gondia and Latur – the collector of Gondia district, Kadambari Balkawade, had sent a note to the NITI Aayog profiling the district. The subject line of the email was: “Write up/information for Gondia District for Prime Minister’s Office”.

Given that the data was to be submitted to the PMO, it is easy to contend that the information was requisitioned by the prime minister, and thus that the officers acted with his knowledge and consent.

A fundamental of fair elections

These requests seem to violate the MCC, administered by the Election Commission of India, which requires parties to not “make use of official machinery or personnel during the electioneering work.” The model code of conduct is voluntary and has limited legal force.

However, this type of violation may also conflict with the statute governing India’s elections, the Representation of the People Act, 1951 – which can have very serious implications, and even produce historic disruption, as it has in the past. 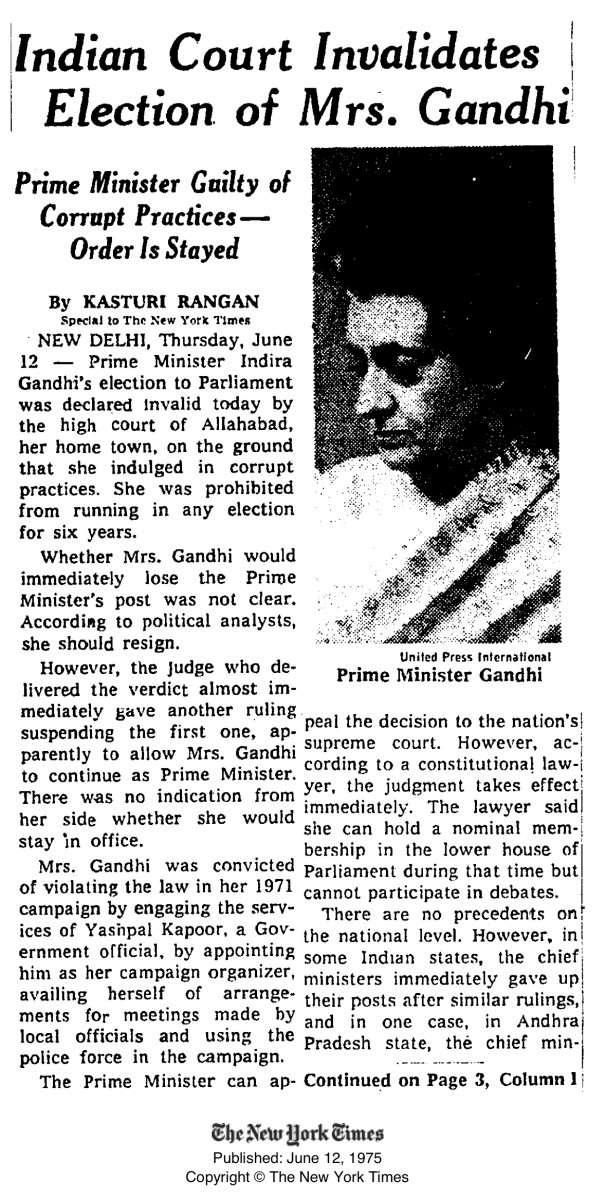 In the general election of 1971, Indira Gandhi’s Congress had won by a historic landslide – despite a recent split in the party, her faction received more than 43% of the national vote and carried 352 Lok Sabha seats.

Indira won her seat from Rae Bareli, defeating the socialist candidate Raj Narain, who then took her to court for violating the Representation of the People Act.

At issue was section 123(7)(a) of the Act, which deems it a “corrupt practice” for a candidate or their agent – or anyone acting with the candidate’s consent – to obtain any assistance from gazetted officers “in furtherance of the prospects of that candidate’s election”. (Read the full section here.)

In Indira Gandhi’s case, it was alleged that she had appointed a government official, Yashpal Kapoor, as her campaign organiser. It was also alleged that local officials and police had been directed to arrange her campaign meetings.

Kapoor had put in his resignation from the prime minister’s secretariat. The question before the Allahabad high court was whether his resignation had been formalised before his work on her personal campaign began.

On June 12, 1975, the Allahabad high court found the prime minister guilty under section 123(7)(a) of the Act, and “disqualified her for a period of six years” from holding elected office – and thus, from being prime minister.

Indira appealed. Yet, the opposition protests and outcry for her resignation drove her to declare the Emergency two weeks later, on June 25.

In the scale of electoral malpractice, seen in almost any race, the violation for which she was disqualified was minor. Yet it was the law, and it had to be upheld – regardless of the historic mandate Indira had received, and the catastrophic disruption that was sure to follow.

In the event, Indira refused to resign, even for the duration of her appeal. Instead, she plunged the country into a 19-month Emergency, suspending civil rights, jailing the opposition and compromising the foundation of India’s democracy.

To recap: The period of the indictable offence was January. Indira Gandhi only declared her candidacy on February 1. Voting took place in early March.

In the present case, if the allegations hold up, the violation took place between end-March and early April, with some gazetted officers asked to assist the ruling party’s campaign just two days before voting began.

A replay of a State of Uttar Pradesh vs Raj Narain in 2019 would also be bad news for India.

According to the lawyers The Wire spoke with, the violation would more likely cast doubt on the BJP candidates whom the PM sought to help – those contesting from the Union Territories and Maharashtra – rather than on Modi’s own candidacy. Yet there is scope for a legal challenge to either.

“The comparison is correct,” Supreme Court advocate Indira Jaising told The Wire. “It has been on my mind for long, that Mrs Gandhi got disqualified for much less. Today an entire civil service, which is a non-political service is working in aid of elections for ruling party candidates.”

The risk of such a disruption places a serious responsibility firmly on the Prime Minister’s Office, to meet the highest standards of fair conduct during these polls – in the weeks remaining, even if not in the weeks past.