Amit Shah's roadshow would have instilled fear and awe in the minds of people in any town in Uttar Pradesh. But then West Bengal is not Uttar Pradesh. 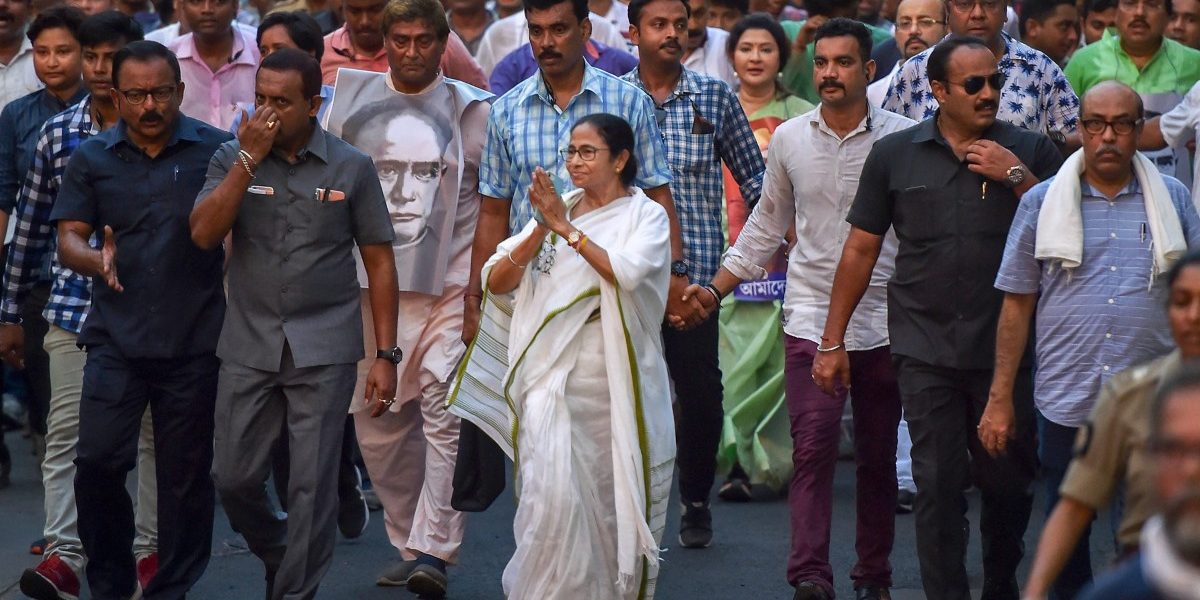 Power tends to corrupt and absolute power corrupts absolutely. In the face-off between the Narendra Modi-Amit Shah duo and Mamata Banerjee, it is apparent who wields absolute power. At least this fact should not be in doubt.

Absolute power is a dangerous thing because it constantly beckons you to use it. A statesman learns to use power lightly but street politicians make the mistake of using power like a sledgehammer, the impact of which is automatically transmitted to the people at large. Thanks to the unprecedented order by the Election Commission to cut electioneering by a day in West Bengal constituencies, but not before Modi has addressed his scheduled public meetings, Mamata Banerjee has managed to garner some sympathy from the electorate.

Amit Shah’s protestations of innocence notwithstanding, it is now clear that the West Bengal voter’s sympathy in this regard will be with Banerjee, whatever spin the Bharatiya Janata Party might want to give through its embedded TV channels. Again, it boils down to how people perceive the use/abuse of absolute power by those who wield it.

Shah’s roadshow with saffron-clad youth aggressively chanting ‘Jai Shri Ram’ was by itself provocative – it would have instilled fear and awe in the minds of people in any town in Uttar Pradesh. But then West Bengal is not Uttar Pradesh, and Banerjee too has learnt politics the hard way in the streets. The BJP has therefore met its match in the Trinamool Congress (TMC). Shah knew he would face resistance and obviously there was provocation from both sides, which is now captured as video evidence.

The details of how the violence erupted during Shah’s roadshow need not be elaborated. What is important is that both Prime Minister Narendra Modi and Shah are desperately implementing a strategy in West Bengal so that their shortfall in the Hindi heartland, where they had peaked in 2014, is somewhat made up in Bengal. After the clashes during Amit Shah’s roadshow in Kolkata. Credit: PTI

Part of the strategy was to launch psychological warfare against Banerjee and her party by using various blunt instruments of power, which are only too well known. Shah also kept up pressure on the Election Commission by constantly suggesting that the EC was being partial to Banerjee. All this was going on when one of the three EC members had clearly given a dissenting view on how Modi and Shah were getting clean chit after clean chit for various violations in their public speeches.

The EC was put under immense pressure to act in West Bengal. Finally, after Shah’s roadshow, which was marred by violence, the commission invoked Article 324 of the constitution for the first time to suspend campaigning prematurely. Interestingly, the extraordinary order states that “no one can display to the public through movies and television or propagate any election matter by holding any event, including musical concert, theatrical performance or any other entertainment or amusement with a view to attracting people in connection with the elections.” One would have to wait to see whether this extraordinary proclamation under Article 324 of the constitution will also cover the Namo TV channel.

The EC has also made a general argument of a “fear psychosis” prevailing in West Bengal which had a “chilling effect” while everything looked normal on the surface. This argument could equally be extended to many parts of Uttar Pradesh, where things may look normal on the surface, but the Hindutva brigade and known Bahubalis ensure a chilling effect during the elections. Are these adequate grounds to invoke Article 324 for the first time in electoral history? This question will not go away from people’s minds.

One only hopes that the voters this time will deliver a verdict which does not confer such absolute power on any ruling regime.