In Most Kulgam Polling Stations, Agents Try – and Fail – to Convince People to Vote

“Nobody is interested in the elections, at least in this part of the Valley. How can people vote when the people who are voted and elected, then unleash all kinds of atrocities on the people?” 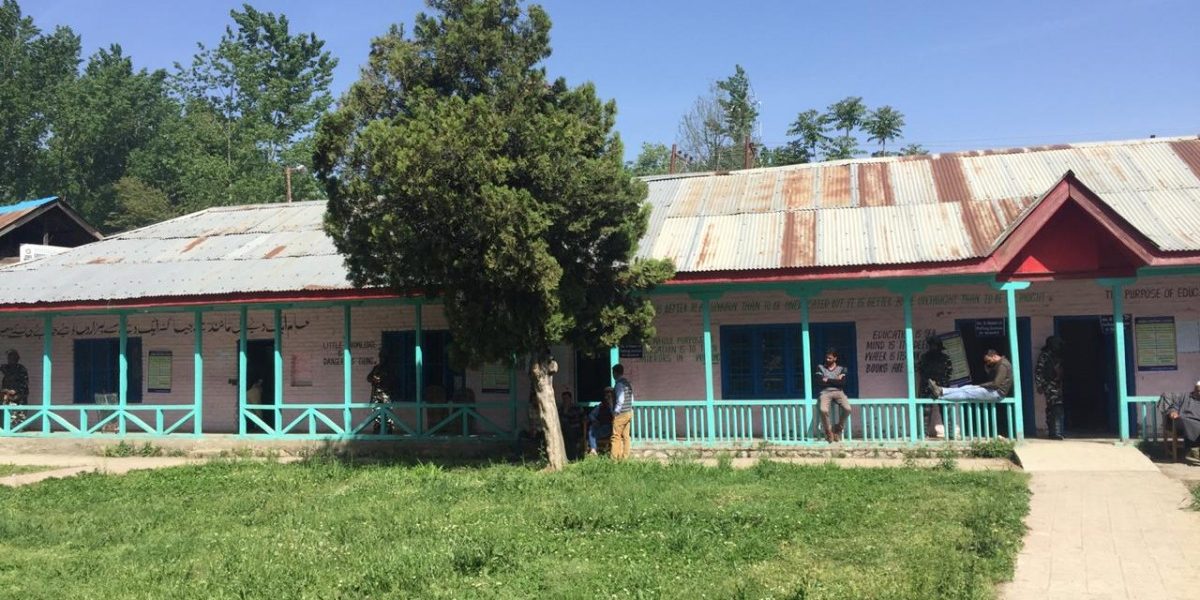 Srinagar: A small Pakistan flag painted on the main gate, a polling station in south Kashmir’s Qaimoh in Kulgam district wore a deserted look on Monday.

A volatile area, Qaimoh went to polls during the second phase of the three-phase polls for the Anantnag parliamentary constituency.

The only hustle and bustle visible was that of the security forces outside the polling booth, and a mixture of polling agents and paramilitary forces inside. Security forces and young men were engaged in a back-and-forth about 100 metres away and bursting tear gas shells could be heard.

The government higher secondary school Qaimoh hosted 12 polling booths, including ones more than five km away. Sources said that the people in several localities did not let the authorities set up polling booths. “Polling staff was pelted with stones at several places,” one said. Till about 10 am, only seven votes were cast out of more than 11,000 registered votes at the polling centre. Polling agents looked anguished by the situation outside.

“All the seven votes polled till now (9:30 am) have been cast by the polling agents,” a National Conference polling agent said. “No outsider has dared to come in.”

The stone-pelting had created a scare in the area. The polling agent said that his party workers had tried to come and vote at around 9, but the pelting had kept them at bay.

Outside the polling booth, a group of residents said that most of the people from the area have either gone to play cricket or fish. “Nobody is interested in the elections, at least in this part of the Valley,” said Farooq Ahmad, a local resident. “How can people vote when the people who are voted and elected, then unleash all kinds of atrocities on the people?”

Bashir Ahmad Naik, another local, said that the electoral process in Kashmir is a futile exercise. “Honestly,” he said, “this is not going to resolve our problem.”

“Bijli, sadak and pani are not our issues,” he said, “Our major issue is that our youth are being killed mercilessly, pellets are showered every now and then. The only solution to this is that the issue of Kashmir be resolved so that our sufferings end one and for all.”

Fifteen km away, in the main Kulgam town, four polling booths set up in a cooperative society witnessed slightly a better turn out than in Qaimoh.

Out of these 63 votes, 10 votes were cast by the polling agents of different political parties. A National Conference polling agent, Zahoor Ahmad, said that fear of voting is so deep that he couldn’t even persuade his family. “I have been staying here since the last night,” he said. “After repeated calls, one of my brothers managed to turn up and vote. Nobody else is willing to come.”

Muhammad Sidiq Waza, another polling agent, said voting is important in the current situation. “We have seen what the People’s Democratic Party, Congress and other parties have done to the people of Kashmir. We want change and National Conference is the only ‘strong’ option left,” he said.

Further down south, in Mirhama, just 11 people had turned up to vote among over 3,100 registered voters till 11:20 am.

Set up in a government middle school, the polling booth looked more like a paramilitary camp. A polling agent was persuading someone over the phone to come and vote. After repeated attempts, he gave up and said, “He will not come.” He then dialled some other number, to try with some else.

Outside the polling station, an anonymous resident said that voting in the “Indian elections” has no meaning at all. “They say that voting is our right, but on the other hand all other rights are trampled upon,” he said.

“Do not we have a right to live with dignity? Does India treat us the way it treats its mainland citizens?”

In Damhal-Hanjipora’s Noorabad constituency, however, the scene is completely different.

Serpentine lines of voters waited outside the polling centre to exercise their franchise. Four polling centres were set up at a single place that witnessed a turnout of around 800 votes out of over 2,700 registered voters.

Ruhi Jan, in her 30s, said that she cast her vote for the People’s Democratic Party. “PDP is the only party that has delivered what it promised in the previous elections,” she said.

“People are saying that Mehboobaji [Mufti] killed people and blinded many others in 2016, but that is not true,” she said. “Did Mehbooba hold a gun in her hand?”

Areeba, who claimed that she is 19 and has voted thrice in the past, said that it was only Mehbooba who has successfully fulfilled the needs of the people. “She gave my father a job in education department. Our village did not have adequate electricity and water supplies. She delivered on that front as well,” Areeba claimed.

Back at Qaimoh, a few youth were checking the fingers of people who were passing by to ascertain if they had voted. “We cannot cheat our martyrs,” one of them said. “People who vote should remember that they are voting for the same people who have filled our graveyards.”

In Bumthan, on the Srinagar-Jammu highway, a group of youth inside a polling centre were chattering about what transpired throughout the day. Out of the registered over 2,300 votes, over 400 votes were cast till 3 pm.

Harmeet Singh, a teenager, said that he was recruited as a polling agent by the Bharatiya Janata Party only yesterday. “They did not have any polling agents for the polling booth at Bumthan. They contacted me yesterday and I agreed,” he said. Accompanied by his friend Jitendra Singh, a Congress agent, the duo said that their political affiliations would depend upon the party that makes it through. 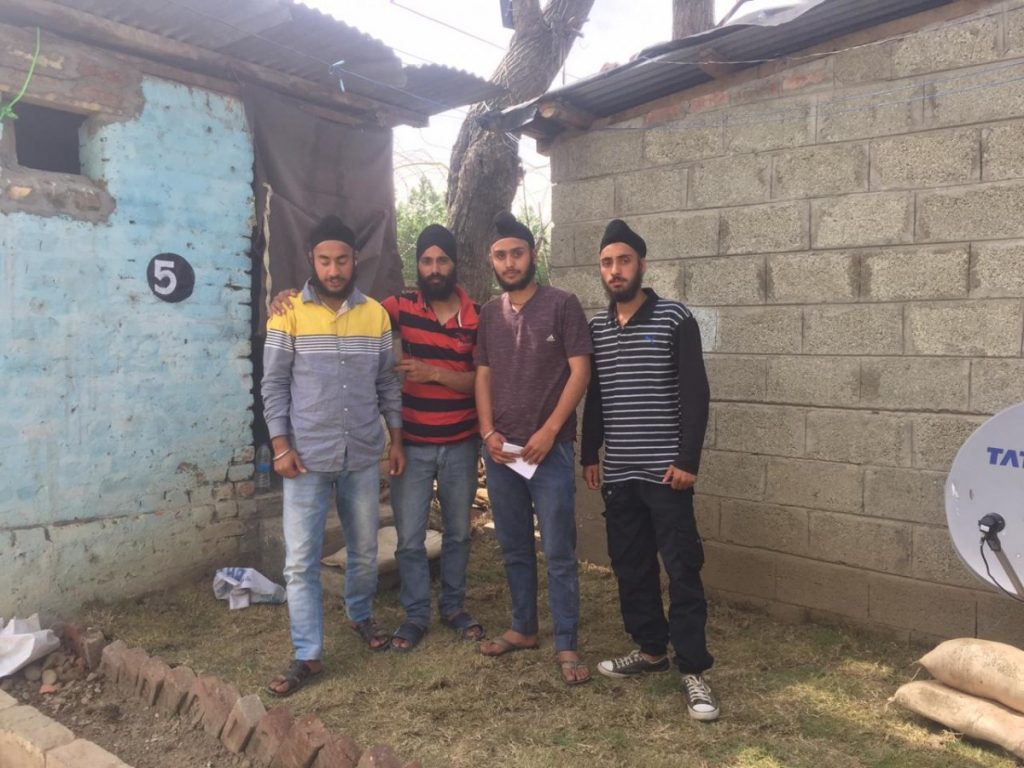 By the time the polling was over in the district, at least half a dozen people were injured in clashes, including in Qaimoh and Kujjar.

Later in the day, government officials said that a little over 10% of registered voters cast their votes in Kulgam district.