Delhi’s governance machinery is mired under political conflict, power struggle and Kafkaesque bureaucracy. While this does not justify the appeal to vote for NOTA, it does provide possible reasons for the same. 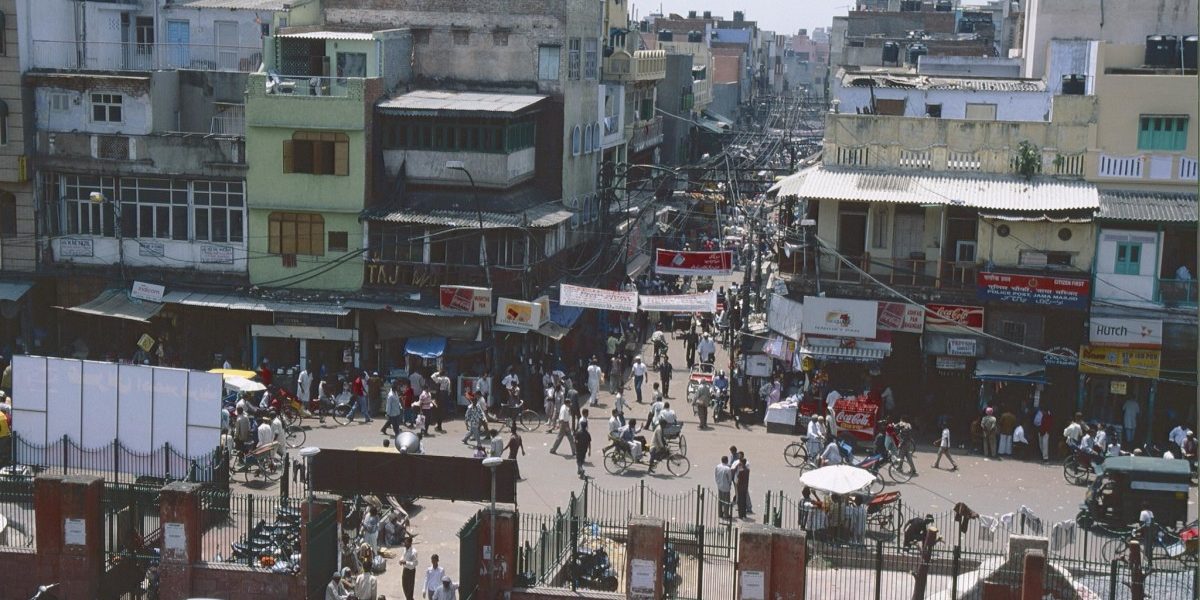 While AAP’s manifesto and campaign bring the realpolitik of half statehood in the electoral discourse, it portends a shrinking space of political promises and commitments. Credit: Patrik M. Loeff/Flickr (CC BY-NC-ND 2.0)

Noted social scientist and politician, Yogendra Yadav, along with various political activists and the Delhi unit of Swaraj Abhiyan had appealed to Delhi voters to choose NOTA. This comes in the context of a larger campaign by democratic activists to coalesce opposition forces against the authoritarian and majoritarian establishment.

Pursuant to widespread criticism of this stance, Yadav and his party clarified that their opposition to the dictatorial politics of the BJP was not inconsistent with their strong appeal to the people to demand answers to the real issues from all political parties – and use NOTA as a last resort for expression of disillusionment. This appeal also seems to be relevant in the context of voter disappointment over lack of focus on their real life concerns in these elections.

The controversy over this appeal raises fundamental concerns about the governance in Delhi and the political alternative and possibilities (or lack thereof) that this electoral contest offers to the citizenry. This appeal comes in the context of chaotic governance wherein key administrative decisions as well as day-to-day functioning are affected due to the indecisiveness of the Supreme Court and political self-interest on the part of the government.

Even as Delhi regularly faces multi-pronged and complex policy crisis (environment, pollution, transport and health emergencies like malaria epidemic), the various institutions within the state machinery remain embroiled in conflict and blame game.

A number of issues shaping the pollution/environmental outcome in the national capital, particularly matters related to environmental policies, infrastructure, regulation, finance and coordination among various agencies and other states to put up a coherent strategy, rest very much with the Central government.

There is a deep sense of uncertainty marred in the scuffle between the Center and the government of NCT of Delhi – aggravated by the divided political climate which seems deviated from the major issue at hand. Not being a full state is a major obstacle for any government in Delhi which could not get into harmonious terms with the Center due to ideological differences.

The AAP government has been arguing that due to the fact that police, law and order, land and municipalities are not under the direct control of Delhi government, it is impossible to ensure delivery and maintain democratic accountability over officials. It claims that full statehood would give the state government a free hand to implement and plan a major developmental project without any hindrance.

The provision of critical public services such as law and order and low-cost housing would happen more smoothly if Delhi were accorded autonomy as a full-fledged state with greater control over these aspects. Coordination is likely to improve and the constant blame game between the Union and the state government would stop.

Also read | Mega Opposition Rally in Delhi: Who Said What?

It is in this context that the nature of the AAP manifesto for the Lok Sabha elections has become a topic of intense debate. While the promises being based on the attainment of full statehood have been criticised for myopic political imagination and cynical approach, it is an attempt to rally public support for full statehood by AAP which has been lamenting a lack of power to fulfill its governance related duties since the time it got elected.

The detailed comparative analysis of full statehood vs status quo scenario is an attempt to connect their electoral promises with the political movement for full statehood. While this is an exercise of realistic public communication about practical challenges, it tends to state that conditions of people and situation of policy paralysis in key sectors are likely to change only if political consensus to transform its status is reached.

The situation of governance breakdown reflects the cardinal failure of the political class to maturely manage Centre-state relations. This also represents a reckless disregard of the Supreme Court’s judgment that mandates the institutions of governance to respect the spirit of constitutional trust and morality while holding that the democratic autonomy of the elected government must be respected.

The judgment presented a moment for all the constitutional functionaries to not engender conflicts and obstruct governance in order to respect the public trust doctrine and cooperate in public interest. However, the spirit of the judgment was not respected and the conflict ensued to an extent that the elected CM had to sit on a dharna to get LG’s approval on an administrative policy amidst intense public demand.

Even as the judgment and its ramifications showed that the constitutional interpretation of federalism in India needs a paradigm shift, it also reflected a rare moment of opposition concurrence about fighting against undemocratic interference of the Central government through the LG. This would have reflected a realistic possibility of democratising the governance in Delhi through an overarching consensus of multiple parties including the Congress. However, this promise of opposition unity also turned into an illusion after the breakdown of prolonged alliance negotiations between the AAP and Congress.

The political actors failed to adequately realise that during national elections under the authoritarian regimes, opposition groups are most effective when they are united. One of the most obvious manifestations of opposition unity is electoral coalitions. These coalitions can take a number of forms, including common policy platforms that call for political liberalisation.

In legislative elections, this entails coordinated policy narratives among parties across constituencies. This kind of unity is much desired in the context of Delhi where the opposition unity could have created a monumental pressure on the current establishment and could have precipitated into a wise political solution in the larger public interest of Delhiites. Remedying the sense of uncertainty in the governance of state must have been the priority of political parties.

In the scattered nature of opposition resistance to multiple policy blunders of the BJP government, the real crisis of chaotic governance has lost the emphasis it deserved in this crucial election. While AAP’s manifesto and campaign bring the realpolitik of half statehood in the electoral discourse, it portends a shrinking space of political promises and commitments.

Ultimately, a thrust on public welfare is required to maintain the trust of the public in electoral democracy.

In the last five years, the people of Delhi have seen two assembly elections, two lieutenant governors and countless tussles for control that have time and again paralysed the city’s administration. In the last two decades, both Congress and BJP election manifestos have promised statehood. But each time the two parties had their shot in power, the issue took a backseat, only to be raked up by the opposition around election time.

Currently, Delhi’s governance machinery is mired under political conflict, power struggle and Kafkaesque bureaucracy. In this background, even as the three parties intensely campaign on disparate issues in all the constituencies, the core issue of public welfare has been marginalised from the narrative and is a cause of fatigue and disillusionment amongst the citizens. While this does not completely justify the appeal to vote for NOTA, it does provide possible reasons for the same.

Note: Prannv Dhawan has interned at the Delhi Education Ministry with Atishi Marlena’s team. Marlena is an AAP candidate in the Lok Sabha elections from East Delhi constituency.