Left leaders must wake up to the critical situation and revamp their organisation. 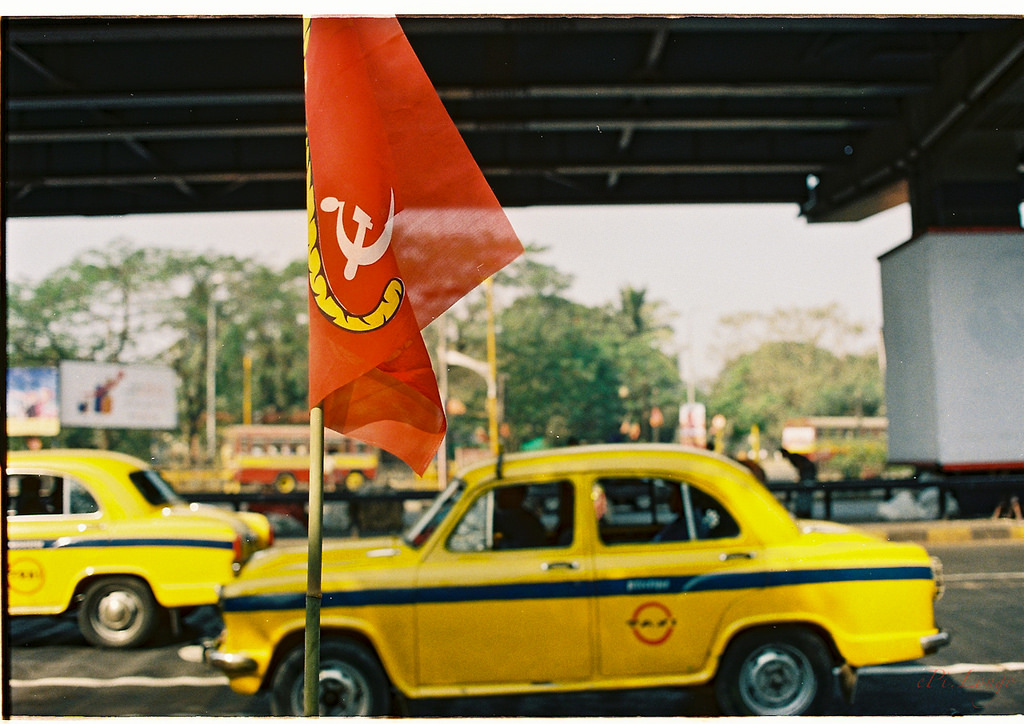 Rise, unite, defeat – is a popular slogan of the Left. Yet, it has left the Communist Party of India-Marxist CPI(M) untouched. The recent political unravellings indicate that the CPI(M) cannot rise if broken, cannot unite if fragmented and cannot defeat since it doesn’t seem to know who its adversary is.

The largest communist party in the country has won just three seats in the whole of India. In a first since its formation in 1964, the CPI(M) has failed to win a single seat from West Bengal. Additionally, barring the Jadavpur seat, the Left Front lost its deposit in the 40 seats it contested.

The Left Front uninterruptedly ruled Bengal from 1977 to 2011. Since conceding defeat to the Mamata Banerjee-led Trinamool Congress (TMC) in 2011, the CPI(M)’s strength in the state has consistently declined. The party’s electoral performance in successive elections corroborates this trend.

Who is responsible for CPI(M)’s decline?

The blame squarely rests on the Politburo. The supreme 17-member politburo takes all the major decisions on the organisational front.

The biggest issue with the CPI(M) leadership is that they live in denial. Hardly any senior party leader takes responsibility for the party’s past mistakes.

The Left Front’s defeat in 2011 was a watershed moment for the Left in India. Marxist historian Eric Hobsbawm, when asked to list the global events that surprised him in the post-1991 period, said: “The collapse of the CPI(M) in West Bengal, which I really wouldn’t have expected.”

The CPI(M)’s spree of defeats in Bengal’s local elections, once out of power, endured. The party lost in panchayat and municipal elections, followed by defeats in assembly elections, and now the Lok Sabha elections.

The only election the CPI(M) has won between 2011 and now is the 2016 assembly election in Kerala, where the party-led Left Democratic Front (LDF) took 91 of 140 seats in the legislature.

The politburo, however, made no efforts to revive the party and strengthen the organisation. 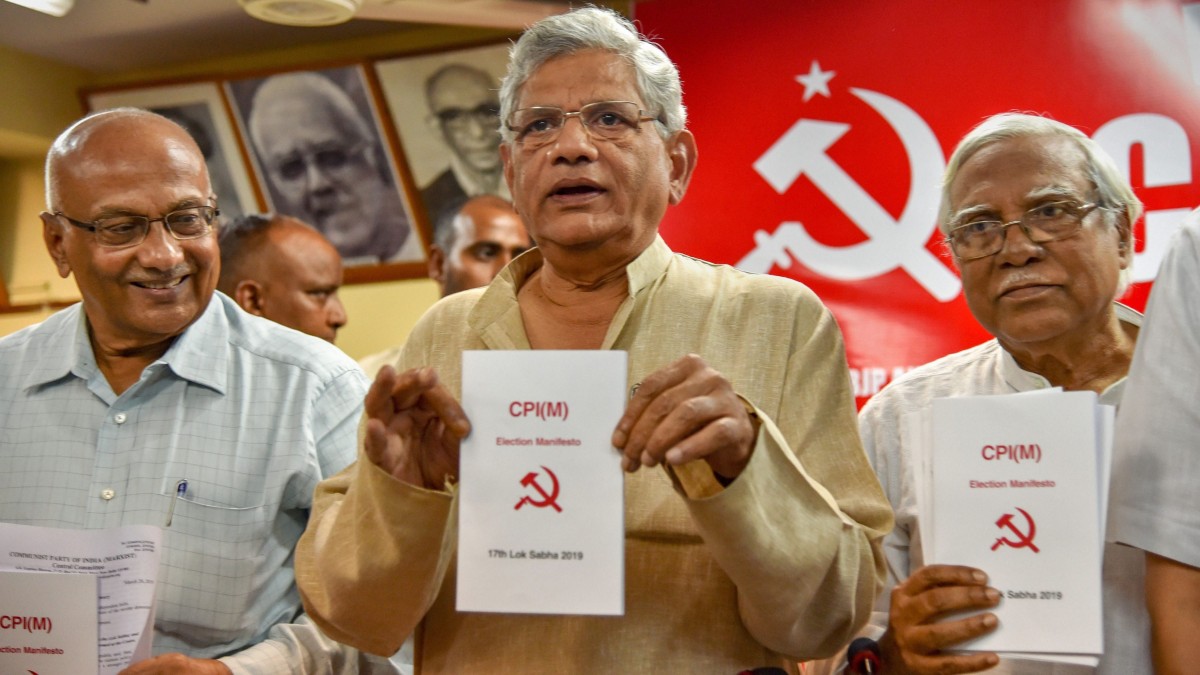 The biggest issue with the CPI(M) leadership is that they live in denial. Hardly any senior party leader takes responsibility for the party’s past mistakes. Credit: Reuters

While touring the state during the election, The Wire found that many grassroots CPI(M) workers held its leaders responsible for the broken relationship between the top party leadership and its cadres.

Santosh Das, a long-time party worker from North 24 Parganas told The Wire, “We have no hope. The party leadership is failing to motivate workers on the ground. It’s impossible to win an election with a fractured organisation.”

The CPI(M)’s election strategy in Bengal hinged on the slogan, “Oust BJP, Save the Nation; Oust TMC, Save Bengal.”

The party leaders may have forgotten that the election on hand was the Lok Sabha election. Or maybe, as mentioned at the beginning, the party was confused about who its adversary was.

During the course of the election, multiple news reports surfaced stressing how CPI(M) supporters and workers were abandoning the party and supporting the BJP.

Bengal’s former chief minister Buddhadeb Bhattacharjee, in an interview to CPI(M) mouthpiece Ganashakti, warned the people: “There is no use in leaping from a TMC frying pan into the BJP’s fireplace.”

However, the CPI(M) leaders continued living in denial. At the end of the election campaign, party general secretary Sitaram Yechury in a video message denied that CPI(M) cadres were helping the BJP in any way.

“Both the BJP and the Trinamool are jointly spreading a canard and the media is lapping it up to create a binary narrative in Bengal by saying that the CPI(M) and the Left are promoting the BJP. Fact remains that the only consistent fighter against the BJP and the communal forces is the CPI(M) and the Left. The Left remains the last hurdle against the BJP in West Bengal and the rest of the country,” said Yechury.

Political commentators believe that the Left’s West Bengal poll strategy was misplaced from the start, and helped the BJP. Maidul Islam, who teaches political science at the Centre for Studies in Social Sciences, Kolkata, told The Wire, “The Left is attacking the BJP and the TMC with the same intensity. Equating them is a wrong formulation and may backfire.”

Rather than mark the BJP as their main enemy, the Left “made TMC their primary opponent and went a little soft on the BJP,” Islam said.

Since Harkishan Singh Surjeet’s exit from the post of general secretary, the CPI(M) has been led by first Prakash Karat and now Sitaram Yechury. And as it happens, when put to test, the CPI(M)’s national leadership, has, more often than not, failed.

During the Left Front regime in 2007, the police fired at peaceful protesters opposing forcible land acquisition at Nandigram. The CPI(M) politburo and the entire Bengal cabinet, however, ruled out any large-scale opposition to land acquisition.

After 2011, a political void has marked Bengal’s CPI(M) leadership. Buddhadeb Bhattacharjee’s departure from active politics has not led to the emergence of fresh leaders. Surya Kanta Mishra, opposition leader in West Bengal legislative assembly between 2011 and 2016, also a politburo member, is not a recognisable face in the state. Mishra is also the CPI(M)’s secretary in Bengal. 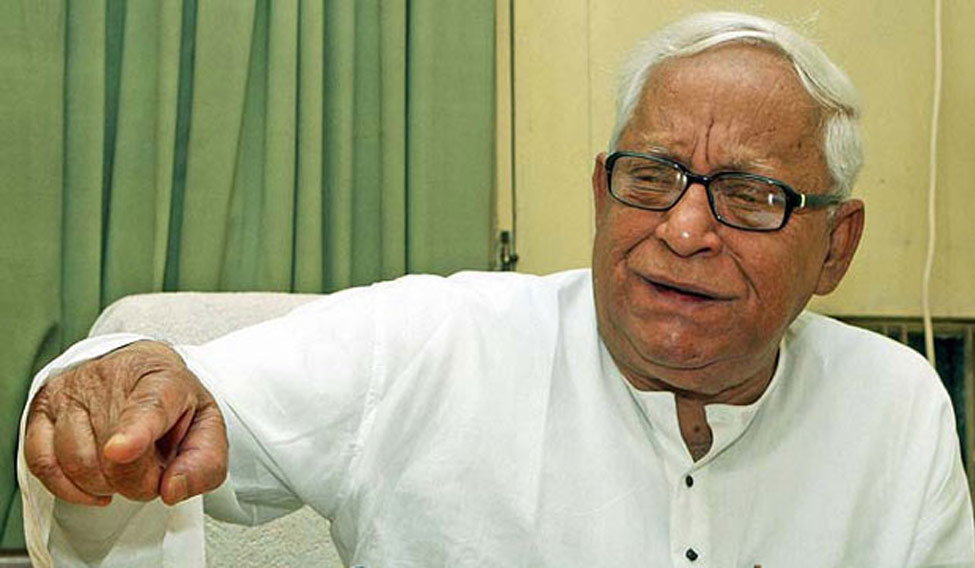 “For the past seven years, Surya Kanta Mishra has failed as the secretary of CPI(M) West Bengal State Committee, but still he won’t give away his position,” political analyst Biswanath Chakraborty said.

The Left leadership is often held responsible for not making way for the next generation. The average age of the politburo is 69, with the youngest member aged 61 years and the senior-most 81.

The same tradition was followed in distributing tickets in the 2019 election. Barring Nandini Mukherjee and Deblina Hembram in West Bengal, many contestants were senior citizens.

In an interview to The Wire, veteran CPI(M) leader of West Bengal Mohammed Salim said, “There has been a constant effort made by the party to accommodate fresh blood. However, a negative anti-Left campaign has been going on for the last 30 years that young people are not coming to the Left movement.”

The ground reality, however, paints a different picture.

Political commentators believe the need of the hour is to bring in some radical changes in the CPI(M), sending a clear message to the younger generation that there is space for them in the party hierarchy.

Perhaps after hitting rock bottom, the CPI(M) can only move forward. But for that to happen, say analysts, the Left leaders will have to wake up to the critical situation and revamp their organisation.