Pragya Thakur and BJP's Mockery of the Legal System

While it may be legal, it is unethical to nominate somebody undergoing a trial for the murder of six persons and injuring over a hundred. 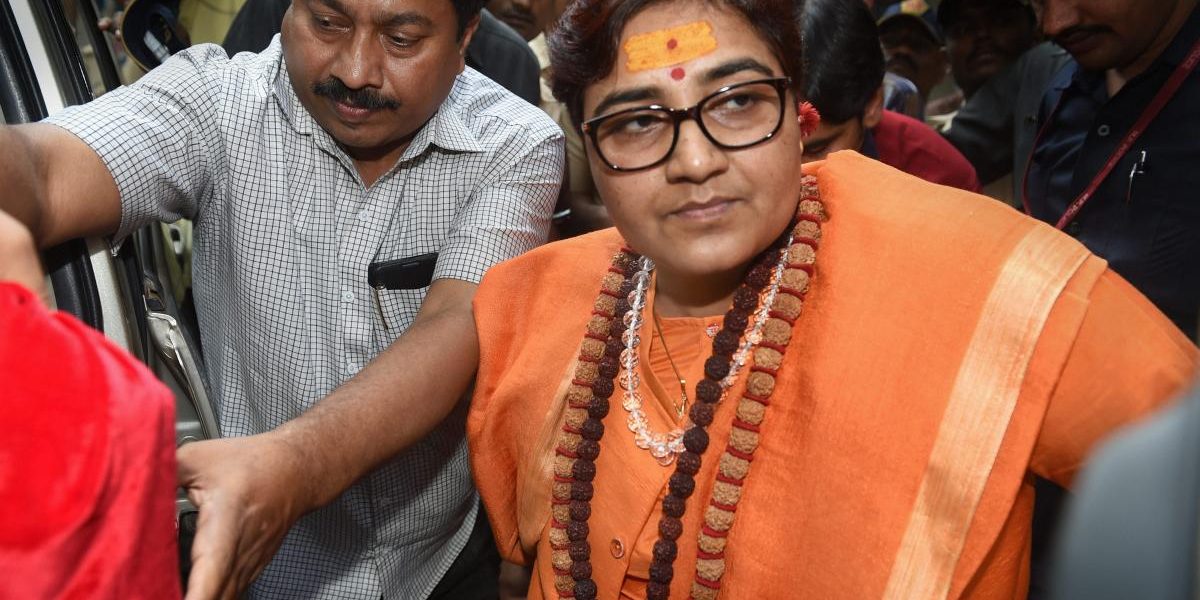 Pragya Thakur – or ‘sadhvi’ Pragya as she is better known – is currently facing trial in the Malegaon blast case in which the special NIA judge framed charges against her for terror activities, criminal conspiracy and murder, among others. In this blast, six people were killed and 101 were injured.

Thakur is now the BJP’s candidate for the Lok Sabha elections from Bhopal. The saffron party appears to be revelling in the fact that the Mecca Masjid case in Hyderabad and the Samjhauta express case have both resulted in acquittals, all the while forgetting that in the Ajmer Dargah case, three people were convicted, including Sunil Joshi, who was supposedly the masterminds of all these blasts. Joshi was himself murdered prior to the initiation of these trials.

While being convicted in one case does not mean the person must be convicted in others as well, the BJP’s political line remains that the cases that are resulting in acquittals are false.

Further, in cases that have resulted in acquittals, the NIA – under the BJP government – failed to provide enough evidence in court through sheer negligence. An attempt to do the same was made in the Malegaon case as well.

While the BJP is claiming that all these cases are false, not a single case of departmental action, let alone a criminal case has been filed against those officers who, as per the party, framed these ‘innocent’ persons. This itself shows how much faith the BJP has in its own allegations against them.

Also read | Samjhauta Express Bombing: With a Prosecutor Like the NIA, Who Needs Defence?

While the BJP seems to be of the opinion that Pragya Thakur was ‘framed’, the special NIA judge has framed charges against her based on two facts. Firstly, the motorcycle used for carrying out the bomb blast –  in fact, the one on which the bomb was installed – was owned by her. Secondly, witnesses have stated that there was a meeting in Bhopal on April 11-12, 2008, to plan the blast and Thakur was a part of this meeting.

All this was a part of the investigation done by the ATS Maharashtra under late Hemant Karkare, and the probe was later transferred to the National Investigation Agency.

More importantly, an appeal against her bail is pending before the Supreme Court and she has repeatedly exempted herself from attending the trial on the grounds of ill health. Clearly, she is fit enough to contest an election but not to attend court. Considering that one of her bail conditions was to regularly attend court, this would be grounds for cancellation of bail.

Also, one can imagine the terror and fear felt by the witnesses and victims that an accused has been given a ticket for the Lok Sabha elections by the ruling party. There is little possibility of a fair trial under such circumstances. Of course, the trial has carried on until now only due to the diligence of the judges, despite many attempts by the NIA to release the main accused.

The attempts by the agency to save Thakur became known in 2014. After the government changed at the Centre in 2014, the then special prosecutor Rohini Salian came out publicly to say that there was pressure on her to ‘save’ the accused. Salian was transferred and the NIA started its attempts to derail the case by ultimately stating in court that all the witnesses had told the agency that they were forced to implicate Thakur and others.

The only problem was that all these witnesses had recorded statements before the magistrates and had made no such complaint at the time. Magistrates record statements only after ascertaining that there is no police pressure, yet these were sought to be ignored. In fact, there was a point in time when certain crucial witness statements were simply found to have disappeared from the court records.

Considering the history of this case, it is clear that nominating Thakur from Bhopal is a political move by the BJP, not necessarily because they think she is innocent, but because she is a useful tool for polarisation.

An undertrial can certainly contest elections, this is legal, but it is unethical and immoral to nominate somebody undergoing a trial for the murder of six persons and injuring over a hundred.

This is a message to the people and to the courts as well that the BJP will do as it pleases without taking into consideration the legal process or the victims of this bombing and their families. Internationally, when we are trying to isolate Pakistan, it gives the country an excuse to question India’s government and its legal system.

Such acts were earlier not given as much attention because they were being carried out by the fringe. Now, the fringe has become mainstream. The BJP’s attempt is that in a little more than a month, a woman facing  trial for terrorism should be sitting in parliament. Perhaps Thakur is innocent and if she is, she should certainly be free but that is a matter for the courts to decide.

The BJP has just shown the country how much it respects the legal system.