Battling an Identity Crisis, Nitish Kumar is Set to Emerge in a New Avatar

The Bihar chief minister's criticism of the BJP high-command for its failure to act against Pragya Thakur might earn him space to operate in the post-results scenario. 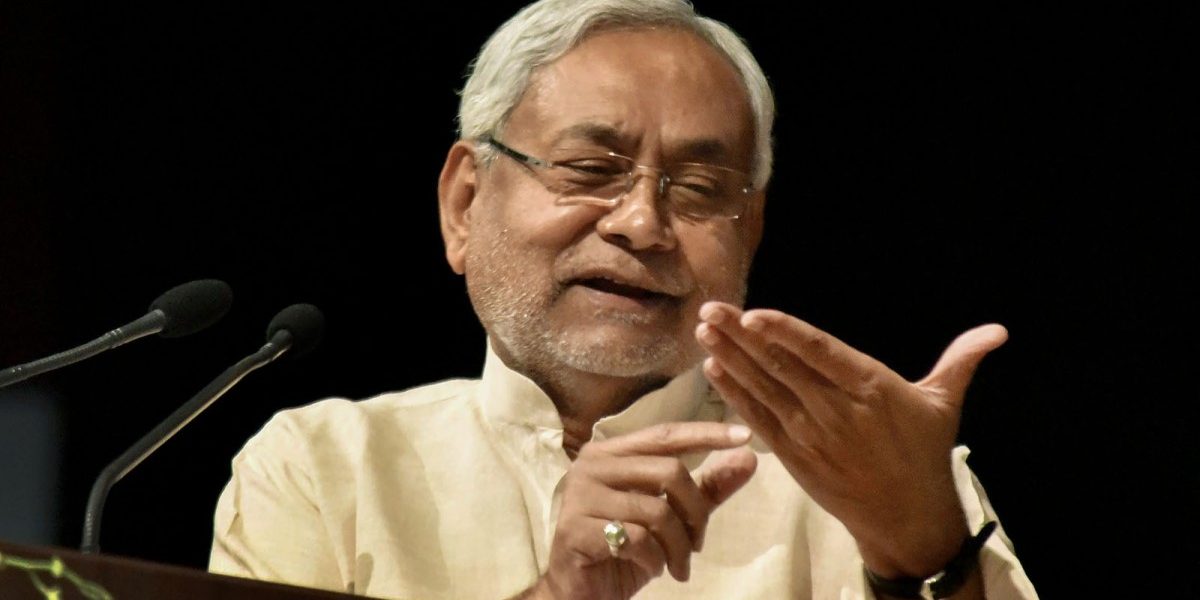 Just after casting his vote at a school near the Patna Raj Bhavan, the Janata Dal (United) president said, “The BJP should expel Pragya Thakur. This is highly condemnable. We will not tolerate all these things. Bapu is the father of the nation and people will not like if anyone talks about Godse in this manner”.

Nitish added while talking to reporters: “It is the BJP’s internal matter, but we should not tolerate such a statement”.

The chief minister, who ditched the Rashtriya Janata Dal (RJD) to form the state government with the BJP, is a part of the NDA. He has been showing signs of unhappiness for being treated as second-fiddle to Modi. Therefore, his criticism of its ally on the last day of polling assumes significance.

He also questioned the Election Commission’s rationale for carrying out elections for so long under severe heat conditions. “Such a long-drawn election should not take place in intense heat conditions. It causes trouble to the voters. It should take place either in February/March or October/November. And there should not be a big gap between the two phases. The elections should end in two-three phases. I will write to all the political parties to reach a consensus over the issue,” he said.

Many political observers see in Nitish’s statements a “ploy” either to assert himself for a better pound of flesh in the event of the BJP getting more dependent on its allies to form the government, or to increase his bargaining power in the non-BJP camp in case the latter gets in the position to replace the saffron party in power.

Nitish’s belated but calculated outbursts against Pragya Thakur – whose words provoked criticism from the opposition – and his questioning the EC’s long-drawn elections – which the opposition dubbed as tailor-made to suit Narendra Modi’s political interests – might earn him space to operate in the post-results scenario.

But Nitish seems to have effectively lost not only his credential but his identity as a secular, socialist leader after going back to the BJP and then getting subsumed in the Modi-Shah lingo and hate-laced campaign.

It is evident from the fact that Nitish, who banned Modi’s entry in Bihar in 2009 and 2010 elections and joined the RJD-led mahagathbandhan in Bihar in rejection to Modi becoming the prime minister, was seen seeking votes in his name during campaigns.

Even in Nalanda, his home constituency – which is considered his pocket borough because of the predominance of his Kurmi caste-men – he had to invoke Modi’s name to seek votes. “I am asking for my majdoori (wage in terms of votes) with the promise that we are in the NDA and will reinstate Modi ji as the PM. The Centre has given us Rs 50,000 crores for the development of Bihar,” he said, addressing an assembly of people at Nalanda three days ago.

Nitish, invoking Modi’s name, was apparently rooted in the Bihar CM’s realisation that his caste-men, the Kurmis – by all accounts an upwardly mobile upper backward caste – were more fascinated with Modi than him, unlike the Yadavs, who continued to be loyal to the incarcerated RJD boss, Lalu Prasad. The JD(U) candidate, Kaushalendra Kumar managed to scrape through barely by about 10,000 votes in the 2014 elections with most of the Kurmis voting the candidate of the LJP that was in alliance with the BJP.

Nitish, instead of holding on to his socialist, secular ideology, has preferred to sing in tune with Modi and Shah to win the Nalanda seat.

Secondly, his JD(U) was, perhaps, the only major political party that has not brought about its political manifesto. The JD(U), ever since 1996, when it entered into an alliance with the BJP, kept its differences with the saffron party on Article 370, the uniform civil code and the Ram temple issue in its manifesto. This time around, it didn’t come out with its manifesto, apparently, under pressure from the BJP.

But in the process to act in accordance with the political suitability to win elections, Nitish has, effectively, lost his identity beyond redemption. “If he raises his differences on Article 370, the uniform civil code and Ram temple at Ayodhya in the event of the BJP losing elections, nobody will accept it as a matter of his ideological conviction”, said a JD(U) leader under the cover of anonymity, adding, “Even then Nitish might get his pound of flesh depending on the political situation. But then he has lost his moral high ground by not issuing his manifesto”.

Nitish also said today that it was known to all that he would not make compromise on the three “Cs – corruption, communalism and crime” and as such, he left the mahagathbandhan to get back to the NDA after his then deputy chief minister, Tejashwi Yadav came under the scanner of the CBI and the ED and the latter failed to explain his position despite his (Nitish’s) suggestion. But Nitish’s logic to leave the mahagathbandhan on Tejashwi’s issue hardly holds water for he had entered into an alliance with the RJD after its president, Lalu Prasad Yadav had been convicted in a case of corruption.

It is the result on May 23 that will eventually decide whether Narendra Modi returns as the prime minister or is replaced by the opposition-sponsored candidate for the PM’s post, but Nitish is all set to emerge in a new avatar after the results.

To be fair, Nitish has governed Bihar relatively well in the last 13 years. Good roads all across the state, electricity in villages and other infrastructural facilities bear testimony to his administrative diligence. But his ambivalence on the issue of secularism and his dalliance with the hardliners in the Hindutva brigade for political expediency has, apparently, robbed him of his credential as a socialist, secular and all-inclusive leader.

On the other hand, the RJD scion, Tejashwi Yadav has kept on his tirade against Narendra Modi and Amit Shah. He invoked more the name of his incarcerated father, Lalu Prasad to earn votes – even over the Congress president Rahul Gandhi – and bravely talked about teaching the “communal forces” a lesson or two in the event of his mahagathbandhan coming to power. All through the campaign, Tejashwi pulled a far more impressive crowd than Nitish in Bihar’s hinterlands. Despite his father locked in jail, Tejashwi never showed any sign of compromise with the BJP.

Tejashwi’s mother and former chief minister, Rabri Devi took a jibe at Nitish on the latter’s outbursts against Pragya Thakur. “If Nitish is so averse to Pragya Thakur, why he is running the government in company with the BJP?” she asked.

Nalin Verma is a senior journalist and co-author of the recently-released book Gopalganj to Raisina: My Political Journey, Lalu Prasad’s autobiography.