A good performance in the three Hindi heartland states will boost the Congress before the general elections. However, it will need to step back in states where there are strong regional parties. 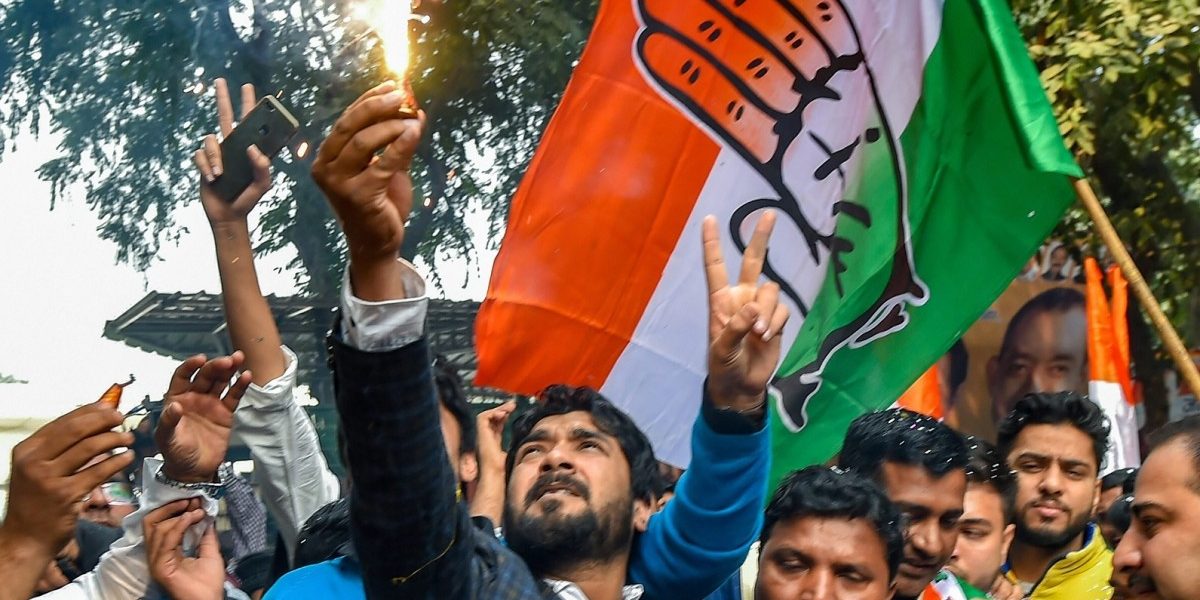 Coming just four months ahead of the next general elections, today’s poll results have thrown up exciting possibilities for the opposition – not just the Congress, but other regional players as well.

It’s interesting to recall that Rajasthan and Chhattisgarh – which have now slipped out of the Bharatiya Janata Party’s (BJP) control – and Madhya Pradesh, which looks like it is going the same way, played a significant role in giving the party its thumping majority in the last Lok Sabha elections. With its core political and electoral constituency, traditionally located in the Hindi heartland, in 2014, the BJP won a combined 62 out of 65 seats in these states. The Congress is likely to be elected in all these three states.

Whether the new assembly poll results are a bellwether of national political sentiment will be debated in the coming months. As will the question of whether polling patterns in assembly elections correspond with the pattern in general elections.

The argument that the same states that have now pushed the ruling BJP out of power could still prefer the BJP and not the Congress four months down the line, would act as a balm on the BJP’s wounded pride. Yet the timing of the loss of Rajasthan, Chhattisgarh and Madhya Pradesh will weigh on the party’s mind in the run up to next year’s elections. 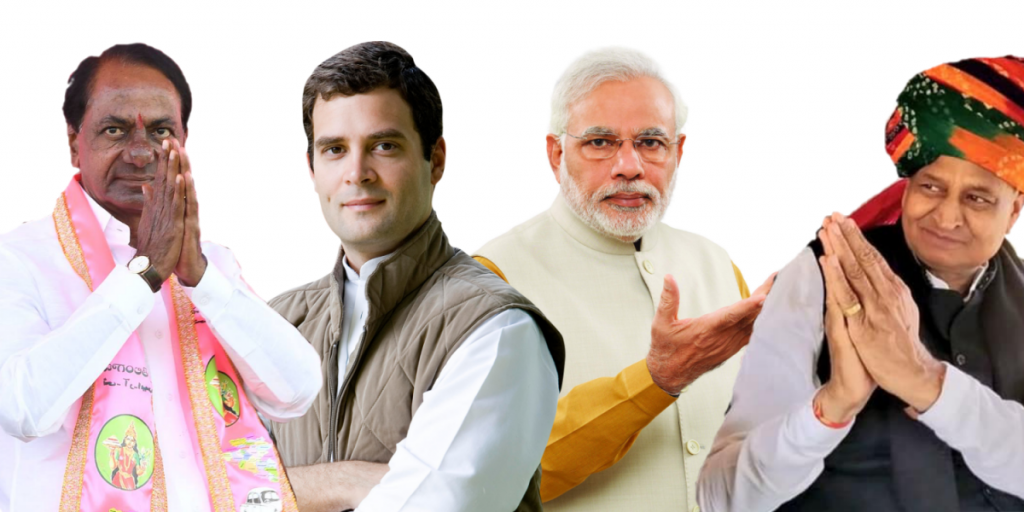 These are the first serious electoral setbacks the BJP has suffered in its more than four-year rule at the Centre. Since 2014, the party has been on a winning spree. After coming to power at the Centre by winning 282 out of 545 Lok Sabha seats, the BJP, which then ruled just seven states, went on to widen its sway to over nearly 20 states. The BJP’s ascendance went hand-in-hand with the Congress’ decline. From helming 13 states in 2014, the Congress was reduced to just two.

The writing on the wall became clear: to regain political relevance, the Congress needed to start winning state polls before riding into the 2019 Lok Sabha battlefield. Analysed through this prism, the Congress has reason to feel cheerful on December 11. This is reminiscent of the developments in May, when the Janata Dal (Secular) and Congress alliance managed to keep the BJP out of power in the aftermath of a fractured mandate in Karnataka assembly polls. 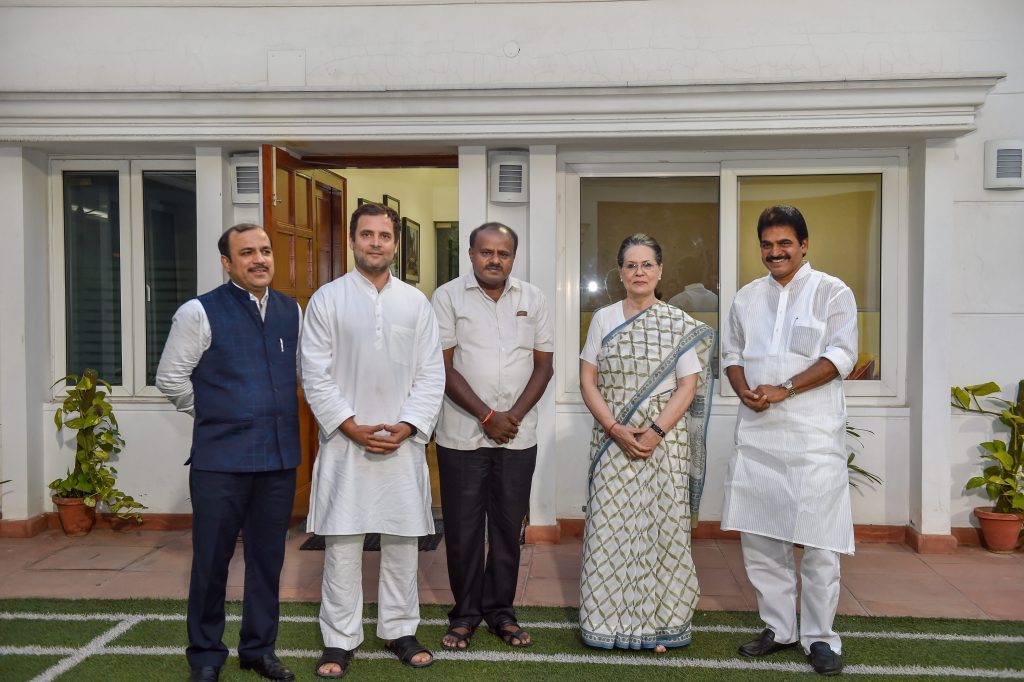 The hastily stitched up JD(S)-Congress post-poll pact, however, raised questions about the legitimacy of such alliances of political expediency. Expediency that many believed to be cynically opportunistic in nature. Seemingly lacking in unity of purpose in any sphere and with differing and even conflicting views on fundamental policies, these alliances are often built solely on an anti-BJP plinth.

Conversely, it may be argued that the shared political objective of ensuring a secular government at the Centre is itself a legitimate justification for forging such post-poll pacts, regardless of how rushed or clumsy they may appear be.

This may be the objective the Congress needs to firmly keep in mind when it readies its tactics and strategies for the next general elections. It’s important to remember the political context in the three states where the party has recently performed well. Uncluttered by regional players, the Congress and BJP were locked in a straight, binary contest. The absence of third fronts helped the main opposition party to tightly consolidate anti-BJP votes. The context across India, however, reveals a far more complicated scenario.

Most states now have strong regional players, some of them opposed equally to both BJP and Congress. Regional players like the Samajwadi Party (SP) and Bahujan Samaj Party (BSP), despite alliance talks, are still to reconcile their differences. It’s crucial that opposition parties – in this case primarily the SP, BSP, and Congress – get their act together in a state like Uttar Pradesh which, with a whopping 80 seats, can make and unmake governments at the Centre.

In Bengal, the Left Front and Congress need to have a tight seat sharing pact with Mamata Banerjee’s ruling Trinamool Congress Party (TMC) to keep the BJP at bay. Targeting the TMC and BJP as equal enemies, which the Left – particularly the Communist Party of India (Marxist) (CPI(M)) – has been consistently doing suits the BJP. Any splintering of the anti-BJP/NDA votebank hurts the opposition and strengthens the BJP. With 42 Lok Sabha seats, Bengal is an important player in government formation at the Centre.

Then there is the Dalit votebank. The 2014 general elections saw a surge among Dalits in favour of BJP. That sentiment has undergone noticeable change over the last four years and more. Between 2014 and 2018, scores of incidents – Rohith Vemula’s suicide, the flogging of Dalit youth in Una and the Bhima Koregaon violence – have substantively alienated the community from the BJP.

In addition, the emergence of Chandrsahekhar Azad and the Bhim Army, coupled with first-time Gujarat legislator Jignesh Mevani’s aggressive anti-BJP interventions, have further complicated the situation for the Dalit community, and posed a challenge for BSP leader Mayawati.

In this context, one also has to take note of a group of emerging youth leaders – Kanhaiya Kumar, Hardik Patel, Alpesh Thakore, Shehla Rashid and Mevani – who have actively campaigned in the recent state elections. Sharing a joint podium, they drew large and enthusiastic crowds at their rallies, indicating the potential they have in attracting voters in 2019. While Kumar is from the Communist Party of India (CPI) and Alpesh Thakore in the Congress, the rest do not belong to any political party at present. How these leaders forge networks with opposition parties overcoming some of the present contradictions (of caste and politics) that currently beset the group, is still to be seen.

More than a grand national level alliance, for the opposition the key to the 2019 elections lies in putting together tightly knit state level alliances. The primary strategic aim would be to prevent anti-BJP votes from splintering. The Congress, if it is serious about beating the BJP in 2019, must not allow the recent poll success to give it a swollen head. The Telangana Rashta Samithi’s (TRS) triumphant victory in Telangana highlights the importance of teaming up with such strong federal parties.

The party will need to step back in states where there are strong regional parties. What will work will be a politics of reciprocity, mutual compromises, and a smooth vote transfer to the strongest anti-BJP/NDA candidates. The Congress will need to build up its political capital to mount a formidable electoral challenge in 2019.