With the Congress, it seems the door is always closed to new entrants. 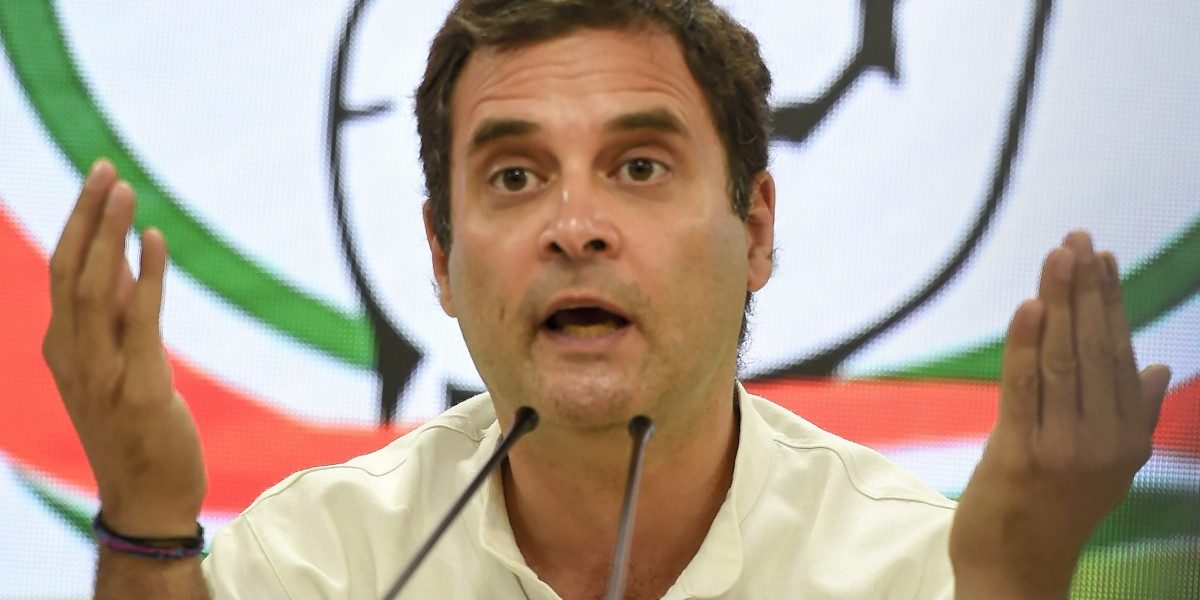 In an informal discussion with Arun Oraon, All India Congress Committee secretary in charge of Chhattisgarh, I suggested that Congress should give Lok Sabha tickets to entirely new faces, with no background rooted in sycophantic family loyalty. Choose people from all walks of life who command respect, are young, liberal and can walk the distance with the party in the years ahead even if they lose just now.

I also asked, rhetorically, why the Congress always gives tickets to family retainers or their lap dogs? A former IPS officer, he fidgeted a little and regained composure and smiled: You write about it.

In contrast: Intelligence reports reached the Prime Minister’s Office on why the Bharatiya Janata Party did so badly in the Chhattisgarh assembly elections. The PMO insisted on finding out how this report had been so accurate and what the remedy was. The suggestion that filtered through was that the BJP should change all its candidates as the anti-incumbency was against local leaders and not the party.

The Narendra Modi-Amit Shah leadership changed all 11 – ten of them sitting – candidates in one stroke. The new contestants were all third-rung leaders, who replaced the second and first in due course. By 2023, when the next assembly elections come around, some will have matured in their own right, while the second rung will have risen to the challenge or fallen by the way-side, making way for the new.

Rahul is now a three-term MP and we are still talking about his coming of age, maturing and taking responsibility. He is the president of India’s oldest political party and has seen ten straight years in power which his mother manoeuvred. His father became a prime minister at 42, but he is 49, received the leadership on a platter and is still maturing.

By all accounts he is not a born leader, and nor is the Congress a political party. He inherited his mantle and Congress is family property. In his case – just as in the case of Akhilesh, Tejaswi, Jagan, Stalin, Mehbooba, etc. – he received a transfer of property. His first duty was to establish control within, rather than seek expansion outside. Where the rest of them seem to have succeeded, he is still struggling with his property.

This election was about choosing or rejecting the prime minister. By the end, it had become a one-horse race. Rahul had the best chance to rid himself of all the dead wood as soon as he became president. Instead he chose to go with Ashok Gehlot, Kamal Nath, P. Chidambaram and the same old tired faces – Motilal Vora, Bhupinder Singh Hooda, Kapil Sibal and Sam “Hua Hua” Pitroda.

He had a choice to promote Shashi Tharoor, Sachin Pilot, Milind Deora, R.P.N. Singh, Navjot Singh Sidhu, Ajoy Singh, Arun Oraon and Vivek Tankha directly into the Congress Working Committee. The useful amongst the older generation could have been assigned new work or simply a retirement scheme with tickets for their progeny.

When he won a few states, that was the time to assert his authority. He lost it by not promoting Pilot and Jyotiraditya Scindia in Rajasthan and Madhya Pradesh respectively. In fact he showed such lack of strength that his personal choice – Tamradhwaj Sahu – could not become the chief minister in the cleanly swept Chhattisgarh.

Sure, there are some indispensable figures, like Ahmed Patel, Ghulam Nabi Azaad and Digvijaya Singh, but they too need to be egged out of their comfort circles and forced to add new followers. The insistence on Tarun Gogoi and the loss of Assam it seems was not lesson enough. If you want to stitch on Gaurav Gogoi and Sushmita Deb, then why not Jagan, which has cost the party Andhra?

It’s because some names do not suit the established elders, and it’s their interest that is important, not the party’s. Cliques and satrapies have to be dismantled when they become counter-productive. New ones are created in their place. Regional hegemonies have to be broken down and that’s why regional parties and the BJP have succeeded – because they have promoted newer faces and so added new followers.

With the Congress, it seems the door is always closed to new entrants. The BJP offered that chance to any aspiring leader anywhere as long as he swore allegiance to Sangha. Those who couldn’t, but were still good, joined regional parties like Trinamool Congress, Rashtriya Janata Dal, Nationalist Congress Party, etc. Where are the new leaders in the Congress to convey the impression that the party is open to everyone who works hard, has a liberal mind and is willing to fight the communal forces?

Instead of establishing his leadership, Rahul was cleverly diverted by his minders towards NGO-like activity of training cadres, teaching booth-management and brushing up his speeches. Cadre building and training is not a short exercise. It takes years. Even then it can break down without the elixir of power, as the Communist Party of India (Marxist) is experiencing in West Bengal. It’s best left to senior leaders and competent office bearers.

Modi has parcelled this piece of action to Shah, who in turn has chosen an all new team of general secretaries and office staff at the national level. He has been ruthless in axing those who do not deliver while promoting regional faces like Kailash Vijayvargiya and Saroj Pandey giving them important assignments in Bengal and Maharashtra. It requires people who breathe politics 24×7 and not those who need meditation breaks in Thailand and Dubai every three months.

As Congress president, Rahul in fact has a very simple template to follow:

1. Consider all Congressmen, especially the senior leaders to be committed. Therefore, the likelihood of them going anywhere else is self-immolatory for them. Pranab Mukherjee, Arjun Singh, Vidya Charan Shukla, N.D. Tiwari and Reddy all have tried and failed. Only two have succeeded – Sharad Pawar and Mamata Banerjee – for reasons other than the lure of an important role within the Congress hierarchy. Jagan may become the third example but they all have only limited regional appeal. Most Congressmen will stick around for power and position within the system and the Gandhi glue.

2. He has to assert himself within the party first before the nation believes that he has the capacity to rule. For that he will have to burn down a few effigies which stand in the way of full control. His failure to do that and remain the essentially good-hearted nice guy that he is, has caused him immense damage. Indian politics is not a place for nice guys. The Advanis and Joshis have to become marg darshaks at some point.

3. There are only two ways to deal with the rival here. The Mamata way or the Sanjay Gandhi way. Either way, Rahul will have to come out of his comfort zone and onto the streets. For that he will require fresh blood; not those who are good at making deals. So far they have sold him out. He has to wake up and use his energy to inspire a new generation – and then hope for favourable turn in conditions.