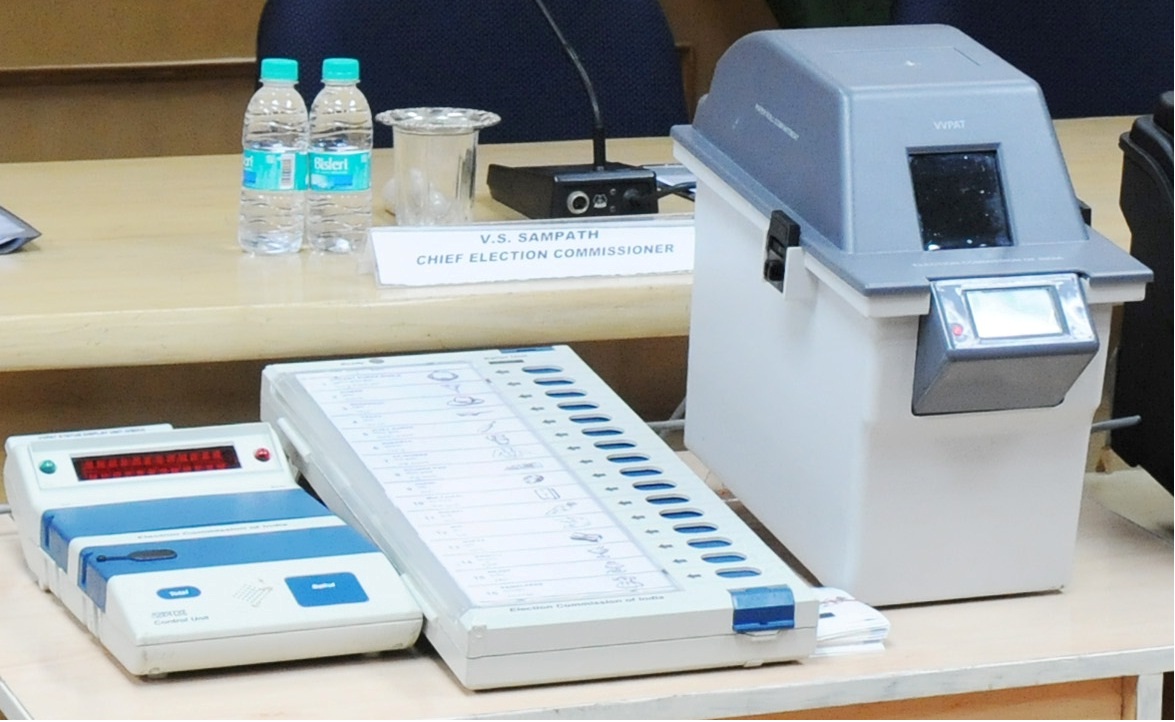 New Delhi: On March 14, 21 political parties filed a plea in the Supreme Court, asking for at least 50% of votes cast with Electronic Voting Machines (EVM) to be randomly verified against the Voter Verifiable Paper Audit Trail (VVPAT). The court issued a notice to the Election Commission, and a week later, the Indian Statistical Institute has submitted a report on the matter.

This has raised hopes that more VVPAT slips will be examined to confirm the validity of EVM vote-counts during the national election, which begins next month.

The VVPAT is a paper slip generated by the EVM when a vote is cast. These are visible to the voters who can see if their vote has been cast as per the button pressed. However, barring the ones that are counted later, the other slips are kept in a sealed cover, only to be opened for tallying with EVM votes in case of a dispute.

The report was presented by the head of the ISI Delhi centre, Abhay G. Bhatt to Chief Election Commissioner Sunil Arora and Election Commissioners Ashok Lavasa and Sushil Chandra. The ISI was engaged by the Commission to “systematically analyse and scientifically examine the issue of VVPAT slip verification with the electronic count of the Electronic Voting Machines (EVMs).”

Also Read: Electoral Funding: Centre yet to Act on Concerns Expressed by EC Two Years Ago

The development comes just a week after the Supreme Court sought a response from the Commission on the extent to which VVPAT slips could be tallied with the EVM votes. A bench headed by Chief Justice of India Ranjan Gogoi on March 15 asked ECI to give its response on the issue on March 25.

Verification of just one booth would render the exercise `ornamental’

The petition by 21 political parties had challenged the ECI’s decision to verify VVPAT of only one randomly selected booth in every Lok Sabha constituency. The petitioners had stated that this would cover just 0.44% of the total votes polled and the idea behind introducing VVPAT in all assembly and Lok Sabha constituencies would be defeated.

They said covering just one booth per constituency would make the exercise “ornamental”.

The parties submitted that the apex court in 2013 held in Dr Subramanian Swamy vs ECI that VVPAT is an “indispensable requirement of free and fair elections”. They thus insisted: “A 50% randomised verification in each assembly constituency/assembly segment is a reasonable sample size to both (a) allay the fears of the general public with regard to EVM tampering and; (b) be a statistically significant sample size to ensure that EVMs are working properly.”

The Election Commission told the court that it had made VVPAT mandatory for all assembly and Lok Sabha polls in 2017 and the Gujarat and Himachal Pradesh elections were the first where VVPATs were used in all constituencies.

SC refused to intervene in 2017

Following the Gujarat elections in December 2017, the state Congress unit moved the Supreme Court seeking the counting of at least 20% of the paper trail slips manually along with votes cast in the EVMs in each constituency of the state. 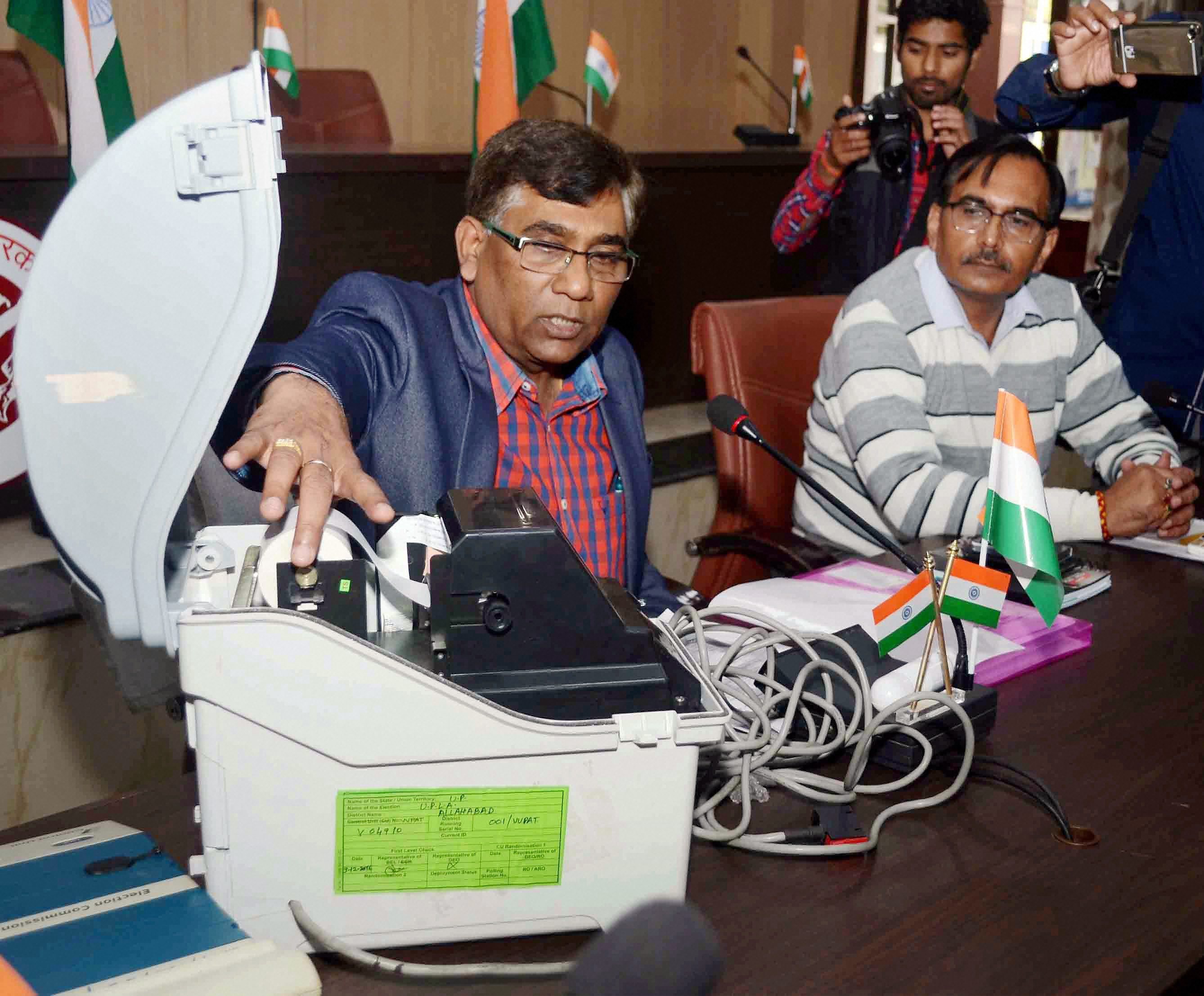 But the court refused to entertain the plea saying it cannot interfere unless the Election Commission of India’s decision to restrict the EVM- VVPAT paper trail to one booth per constituency is proved “arbitrary”, “illegal” or “malafide”.

Thereafter, in July 2018 the Commission decided to verify VVPAT of a randomly selected polling station from a constituency.

Then in January this year, an SC Bench headed by CJI issued a notice to the Election Commission seeking its response to a plea that demanded the counting and cross-verification of VVPAT in at least 30% of all polling stations within an assembly constituency.

The petition was filed by two former bureaucrats and sought instruction to the EC to make it mandatory for the returning officer to order hand-counting of all the VVPAT slips in a constituency if the margin of victory was found to be less than 3%. It also demanded mandatory hand-counting of slips even if, irrespective of the margin of victory, the discrepancy between the EVM and VVPAT tally was over 1%.

The petition contended that cross-verification and counting of VVPAT slips were essential in the interest of upholding democratic principles.

They said such principles demand that there should be transparency in elections so that “the general public can be satisfied that their vote is correctly recorded and counted.”

The petition also claimed that EC’s decision to restrict the verification of VVPAT slips to just one booth was “manifestly arbitrary, irrational and unreasonable” and “in violation of Article 14 of the Constitution of India.”

ISI report to be examined by the Commission

It was in the wake of the Supreme Court’s intervention that the EC engaged the ISI for “arriving at mathematically sound, statistically robust and practically cogent solutions to the issue of a number/percentage of VVPAT slip counts to done during the elections.”

The Commission said the report of the Expert Committee would now be examined by it and “necessary action initiated”.