Congress and Trinamool Congress leaders have said that the poll body has been inactive or lenient when it comes to complaints against BJP leaders in the four state elections. 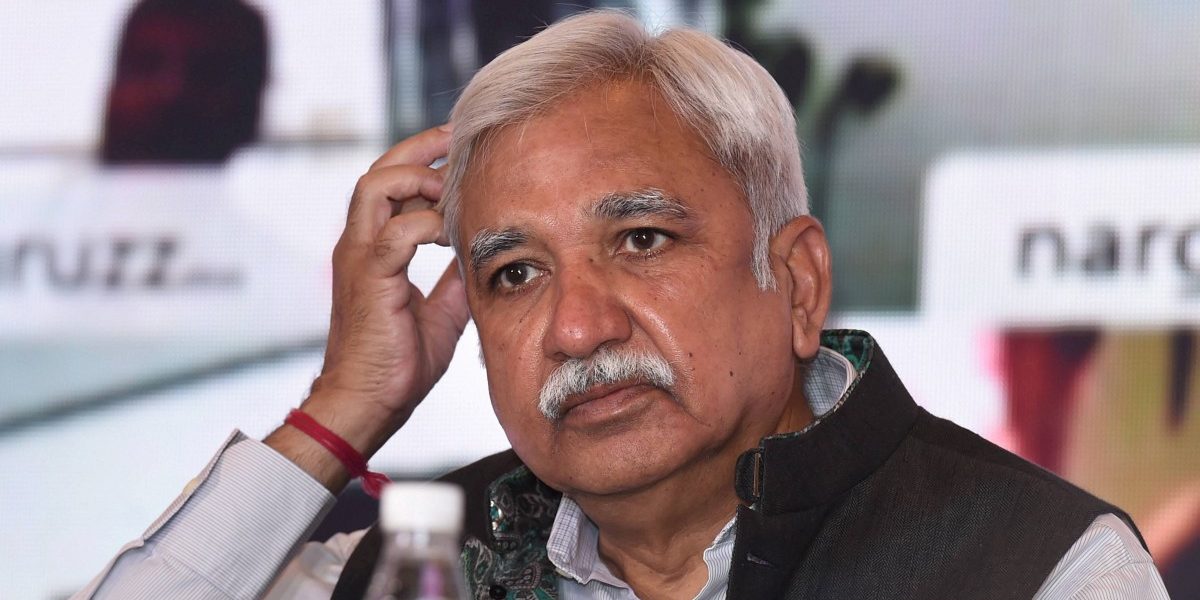 New Delhi: When it came down to allegations of communal campaigning and dig whistling in the lead up to and during the 2019 Lok Sabha election, questions were raised regarding the fairness of the Election Commission.

The questions gained traction especially in light of the way the poll body dealt with complaints on violations of the Model Code of Conduct (MCC) by top BJP leaders. After first dragging its feet on the complaints it received, the EC finally gave clean chits in five complaints lodged against Prime Minister Narendra Modi and then BJP chief Amit Shah. The body’s majority decisions had raised eyebrows as the then Election Commissioner Ashok Lavasa had opposed them and opted out of meetings demanding that his dissent be recorded.

One of the cases in which Lavasa had opposed the all-clear to Modi pertained to his “minority-majority” speech in Nanded on April 6, where he had claimed that Rahul Gandhi was contesting from Wayanad in Kerala because Hindus were in minority there.

If a speech in which the prime minister had used the words “majority” and “minority” was found objectionable by Lavasa, it is hard to fathom what he would have thought of Modi’s speech in Bengal’s Cooch Behar on April 6, where he named communities and sent out a thinly veiled message asking for votes but did so under the cover of criticising Trinamool leader Mamata Banerjee.

Addressing an election rally, Modi said that Trinamool Congress chief Mamata Banerjee recently said that “all Muslims should unite, and not allow their votes to be divided.” She had also appealed to Hindus not to fall victim to attempts at communalising the state but Modi ignored that part of her speech.

“You are saying…this means that you are convinced that the Muslim vote bank has also gone out of your hands, the Muslims have also turned away from you,” Modi said.

“Didi [Mamata Banerjee], you are abusive towards the Election Commission,” he said, adding: “

But had we asked the Hindus to unite and vote for BJP, we would have got eight or ten notices from the Election Commission. Editorials would have been written about us in the entire country.”

Opposition leaders, including Congress president Rahul Gandhi and TMC MP Derek O’Brien have alleged that the poll panel’s handling of complaints against other BJP leaders during the ongoing assembly elections has been less than impressive.

In West Bengal, where the BJP is trying to wrest power from the TMC, the two parties have gone back and forth, accusing each other of poll malpractices and multiple MCC violations. Recently, after Banerjee complained of irregularities during voting in Nandigram, from where she is a contestant, on April 1, the EC rejected her complaint, terming it “factually wrong”. It also insisted that the “narrative” amounted to a “misdemeanour”.

In her complaint, Banerjee had claimed that she was held up at a polling booth for over two hours due to a scuffle between TMC and BJP supporters and accused outsiders of creating trouble. However, in its response on April 5, the EC expressed “deep regret” that a “media narrative was sought to be weaved hour after hour to misguide the biggest stakeholders, which is the voters, by a candidate who also happens to be CM of the state” and added that “there could not have been a greater misdemeanour”.

It also insisted that “there was no report of any violence nor was there any intimidation of voters”.

While not commenting on the EC letter, TMC leader Derek O’Brien today wrote to the poll panel urging it to “apprehend the goons of BJP, ensure that no corrupt practices take place, ensure the safety of our workers/members, ensure that polls are conducted freely and fairly.”

‘No fault of BJP candidate’ in EVMs in car case

In Assam too, where Congress and BJP are in a straight fight, the EC was accused of turning a blind eye to BJP’s wrongdoings.

First, EVMs were found in the car of BJP candidate Krishnendu Paul on April 1. The incident made the EC order a repoll in a polling station of Ratabari seat. However, it did not act against Paul. The poll panel only held that there was a violation of transport protocol and suspended the four officials who were responsible for transporting the EVMs, along with an armed escort officer.

On receiving of the report of the Special General Observer, Assam, the Commission said: “There is otherwise no deliberate or malafide intention in the incident aimed to disrupt the polling process.”

The Congress reacted strongly, saying the episode further erodes confidence in the poll body. Party leader Priyanka Gandhi had tweeted, “What kind of a script is this?”

She wrote in Hindi, “Just when the EC’s vehicle broke down, another appeared. This belonged to the BJP candidate. Innocent Election Commission took a ride in it. Dear EC, what is the matter? Can you give a clarification to the country on this. Or should we all say ‘Vanakkam’ to EC’s fairness?”

Congress leader Rahul Gandhi also tweeted a three-line commentary on the state of the EC, BJP and democracy.

Rahul also took a dig at the poll panel by just tweeting “Election Commission” on April 3 when the EC said it would not intervene in a complaint against Rangja Khungur Basumatary – the Bodoland People’s Front candidate from Tamulpur in Assam who joined hands with the BJP after the deadline for withdrawal of nominations got over. Incidentally, BPF is Congress’s ally in the state.

While BPF chief Hagrama Mohilary had urged that voting be either suspended or his party be allowed to change its candidate, the EC refused to intervene saying polling could only be adjourned (or a candidate changed) “only in event of death” of a candidate”.

The EC also stated that it had received assurances from Basumatary that he had joined BJP “willingly (and) without pressure from any quarter”.

It was on April 2 that the Assam Minister was barred by EC from campaigning related activities till April 4 for allegedly making threatening remarks against Bodoland People’s Front chief Hagrama Mohilary. The Congress had approached the EC urging action against Sarma for his remark that Mohilary would be sent to jail through central probe agency NIA if he “does extremism” with rebel leader M. Batha.

The EC notice to Sarma had quoted a transcript of the speech in which he had threatened that a case would be filed against Mohilary by NIA and that he would be arrested.

However, later, on Sarma’s request that the ban period be reduced as he is himself a candidate in a constituency that was going to polls on April 6, the EC decided to modify its April 2 order and reduce the period of debarment from election campaign from 48 hours to 24 hours.