In a new report, the United Nations Population Fund has said the population of elderly people in India will triple by 2050. 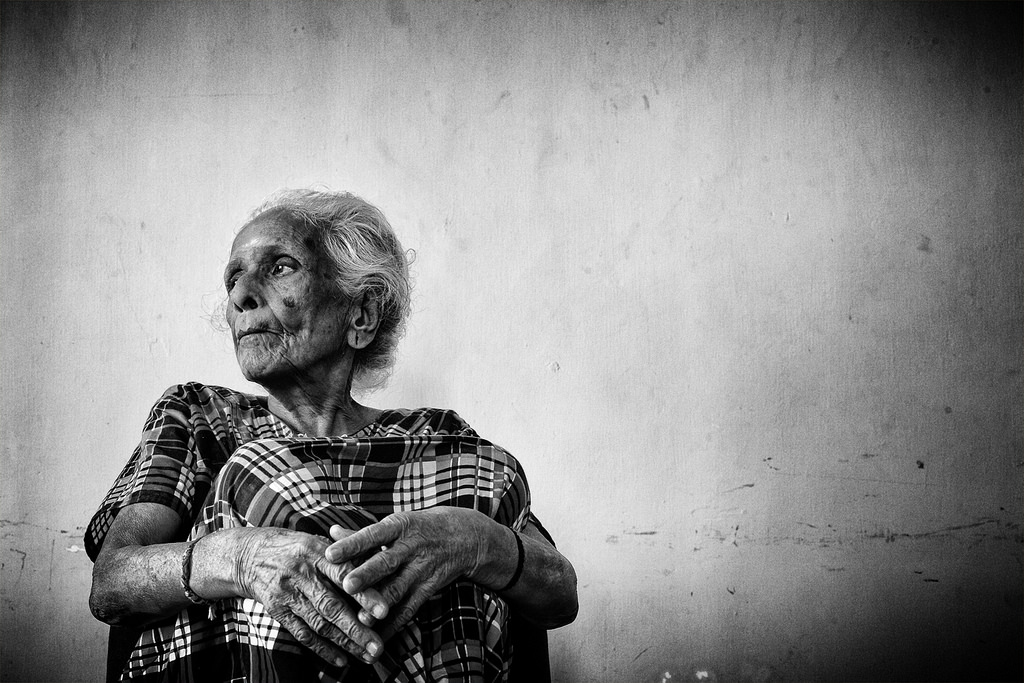 Elderly women are likely to be most vulnerable, according to the UN report. Representative image credit: Vinoth Chandar/Flickr CC BY 2.0

New Delhi: The percentage of elderly people, classified as those above 60 years of age, is expected to go up in India from 8% in 2015 to 19 % in 2050. The country now faces the major challenge of how to take care of such a large population of senior citizens – whose number is set to grow three-fold from around 100 million at present to 300 million by 2050.

This challenge has been highlighted in a report released by UN Population Fund India titled ‘Caring for our elders: Early response India Ageing Report 2017’. The report observes that the section that deserves maximum attention remains old women, who are more vulnerable than men due to their longer life expectancy and meagre or no income.

“Everyone has a part to play for the well being of the elderly, including the government and civil society, communities and families,” said Diego Palacios, UN Population Fund country representative for India, while speaking at the release of the report.

Union minister for social justice and empowerment Thaawarchand Gehlot, while delving on how the Centre seeks to respond to the changing demographics, said that keeping in mind the changed profile of the elderly, the government has started tweaking some of its plans. “The idea of old age homes as ashrams was not acceptable to some and so we are now opening a large number of day-care centres for the elderly. Similarly, apart from major health schemes for them, the Rashtriya Vayoshri Yojana has been launched to assist senior citizens suffering from age-related ailments and to provide them dentures, hearing aids and spectacles among other things,” he said.

He said the government has also decided that unclaimed funds lying in Employees State Insurance and Provident Fund accounts as well as in banks will be used for the empowerment of senior citizens. “A sum of Rs 483 crore from such accounts has been used for the purpose this year,” he said.

Secretary in the ministry G. Latha Krishna Rao said the Centre believes that a major part of the issue of a growing elderly population can be addressed by keeping the elderly between 60 and 75 years of age, or even up to 80 years, productively employed. “For some the life is just opening up when they reach 60 and so merely the concept of pension is not for them,” she said.

Rao said the government believes such senior citizens can be formed into groups and their experience and services can be used as mentors in schools, colleges, hospitals and even at anganwadis.

The secretary said for optimising their role in society, skilling and re-skilling may also be required. As of now, she said, the Ministry of Skilling targets people in the 18-40 age group. “We want them to look beyond and even target the elderly so that they remain employable,” she added.

The Centre, Rao said, is also thinking of a new terminology for old-age homes, starting a pilot project for providing all citizens with smart cards linked to Aadhaar and is working on coming up with a uniform age for defining senior citizens, as at present private airlines and insurance companies adopt varying criteria.

She said plans have also been drawn up for the registration of all old-age homes, as the Centre at present only knows about those under it but not those under the states and private sector. Similarly, she said, the Centre would soon launch ratings for all home-care services which cater to the elderly and the sick to ensure proper service delivery.

Among the challenges which India faces, the report noted that the feminisation of ageing remained a key one. “The sex ratio of the elderly has increased from 938 women to 1,000 men in 1971 to 1,033 in 2011 and is projected to increase to 1,060 by 2026,” the report said, adding that “currently all the states have higher life expectancies at old ages for women than for men.”

The report also noted that between 2000 and 2050, the population of 80-plus people would have grown 700% “with a predominance of widowed and highly dependent very old women” and so “the special needs of such oldest old women would need significant focus of policy and programmes”.

Professor Ravi Srivastava of Jawaharlal Nehru University also pointed out that women stand at a greater risk in old age as they are by and large poorly paid for the work done during their lifetime and so have meagre or no savings. Due to this, their vulnerability also rises with age and widowhood brought about by lower life expectancy for men only compounds this problem.

Srivastava said as 93% of the workforce is in the informal sector, there is no social security for them in old age and this problem too afflicts women the most, who along with SCs, STs and the poor remain the most vulnerable in old age.

The report also mentioned that the problems of “income insecurity, lack of adequate access to quality health care and isolation are more acute for the rural elderly” as most areas lacked proper roads and transport access. As per the 2011 Census, it said 71% of all old people resided in rural India.

Migration of younger working-age persons from rural areas can have both positive and negative impacts on the elderly, the report said, adding that while “living alone or with only the spouse is usually discussed in terms of social isolation, poverty and distress”, it was also a fact that “older people prefer to live in their own homes and community”. However, it said, new technologies are helping the rural elderly stay in touch with their children.