The rebel faction has already weaned away a majority of MLAs and MPs from Uddhav Thackeray. 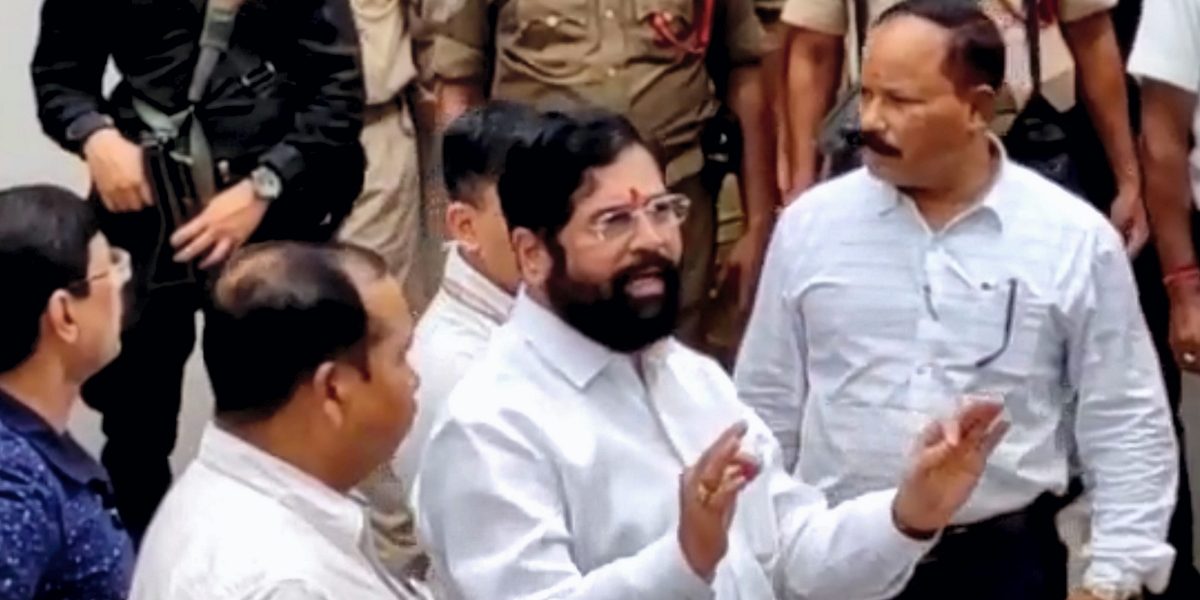 New Delhi: After weaning away a majority of MLAs and MPs from Uddhav Thackeray, the Eknath Shinde faction of the Shiv Sena has now moved the Election Commission (EC) to take control of the party’s ‘bow-and-arrow’ poll symbol.

In a letter to the EC, the Shinde faction has claimed to be the “real Shiv Sena”, citing the Lok Sabha speaker Om Birla and Maharashtra assembly speaker Rahul Narwekar accepting leaders from its faction as the floor leader of the Shiv Sena parliamentary party and the legislature party.

Shinde and nearly 40 other MLAs had rebelled against Thackeray in June, leading to the collapse of the Maha Vikas Aghadi government. Subsequently, Shinde was sworn in as the chief minister of the state on June 30 with the BJP extending outside support.

He has the support of at least 40 of the 55 Shiv Sena MLAs in Maharashtra. About a dozen of the party’s 18 MPs also support him.  On Tuesday, Shinde announced the name of Rahul Shewale as the party’s floor leader in the Lok Sabha and Bhavana Gawli as its chief whip.

The Lok Sabha speaker granted recognition to Shewale as the leader of the Shiv Sena in the lower house of parliament.

The claim over the symbol assumes significance as the Supreme Court directed the Maharashtra State Election Commission on Wednesday to notify elections to local bodies within two weeks. Elections are due in several civic bodies in Maharashtra, including the Brihanmumbai Municipal Corporation (BMC), which would indicate which Sena faction gets popular support.

Earlier, the Uddhav Thackeray faction of the Shiv Sena had written to the EC, requesting it to hear its views before making any decision on representations for claims over the party name and its poll symbol.

Legal experts have said that though Shinde has been sworn in as the chief minister, his faction faces two problems – avoiding disqualification under the Tenth Schedule of the constitution and taking control of the Shiv Sena political party.

Advocate Abhay Nevagi, in an article for The Wire, explained that the Tenth Schedule “does not recognise a ‘split’ in a legislature party and instead recognises a ‘merger’”. The Shinde camp cannot claim to be the ‘real’ Shiv Sena merely because the Thackeray faction is in minority. He wrote:

“The purported two-thirds members have to merge with another party in any case and there is no other way if they want to avoid disqualification. That is the only valid plea a defector can raise. A political party is not like a company, control of which can be obtained by way of a hostile takeover or by usurping control of the Board of Directors.”

Because the Shinde faction has not merged with any other party, they are still bound by the constitution of the Shiv Sena. And the political party’s constitution gives Thackeray, the president of the Shiv Sena, “sweeping and unfettered powers to expel members and office-bearers”.

“Such powers cannot be claimed either by Shinde or by the purported two-thirds majority of the rebel MLAs. This power can also not be bestowed upon the rebels either by the speaker of the Maharashtra assembly or even by the Supreme Court,” Nevagi explained.

Even when they approach the EC, the Shinde faction “will have the heavy burden to prove their legitimacy and rights over the Shiv Sena” before it can claim any right over the party emblem and election symbol, the advocate argued.