The sidelined senior BJP leader said Pawar's name was not included in the initial investigation and wondered why it was added now. 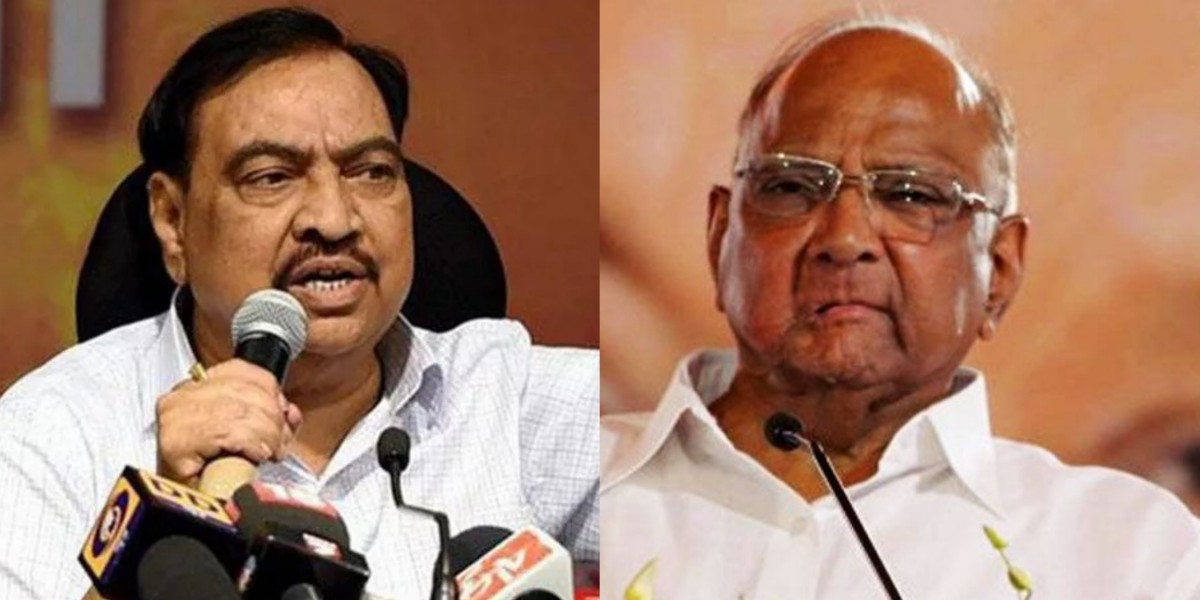 BJP’s Eknath Khadse claimed that Pawar’s name was not in the initial investigation that was conducted when he was the leader of opposition between November 2009 and October 2014. Pawar was the state’s minister of agriculture then.

On September 24, the ED filed a money laundering case against Sharad Pawar in the MSCB scam case, in which his nephew and several other stakeholders of the bank are already named as accused.

A day later, on September 25, Khadse spoke to the media and expressed his “surprise” over the ED’s move. Khadse was quoted as saying, “I had followed up the MSCB corruption case when I was the leader of opposition in the state legislative assembly. I have raised [my] voice several times but I can state that Sharad Pawar’s name was nowhere in the entire case”. He added, “I wonder how his name got involved now in the case.”

Khadse, a disgruntled senior BJP leader who was at one point a chief minister contender, was also accused of corruption. Soon after Devendra Fadnavis took over as CM in 2014, corruption charges were levelled against Khadse and he was made to resign as the revenue minister in 2016. Since then, Khadse has remained in the shadows.

The ED filed the money laundering case against Pawar, his nephew Ajit Pawar and 70 others in the alleged Rs 25,000-crore MSCB scam case on the directions of the Bombay high court. Among the other political leaders named in the FIR are Shiv Sena’s Anandrao Adsul, Peasants and Workers Party’s Jayant Patil, Congress’s Diliprao Deshmukh and Madan Patil and the NCP’s Ishwarlal Jain and Rajendra Shingane.

The Enforcement Case Information Report (ECIR), the equivalent of a police FIR, registered on a complaint filed by activist Surinder Arora in 2012, claims that the state exchequer allegedly suffered losses to the tune of Rs 25,000 crores due to the scam between January 1, 2007 and December 31, 2017. Arora described Pawar as a “kingpin” who was entirely aware of the scam. In his petition, he has alleged that the NCP was controlling the cooperative banks in the state.

Ajit Pawar’s inclusion in the ECIR was not surprising since he was directly involved in the bank’s activities. Until 2010, the bank was largely controlled by Congress and NCP leaders and had 44 elected and 33 nominated directors, including Ajit Pawar, from the two parties.

Sharad Pawar, however, did not have any direct role in the bank’s functioning. However, the ED has claimed that Pawar’s name was added to the list of accused following statements by some key witnesses.

Soon after Pawar was named in the complaint, he offered to appear before the ED voluntarily. “I will be travelling extensively and I do not want the ED to have any misunderstandings,” he told the media.

CM Fadnavis and Shiv Sena chief Uddhav Thackeray, in a press briefing, said that their parties do not believe in “revenge politics” and did not need to use any investigating agency to win the elections. “Our party is the strongest at the moment. No winning party ever needs to resort to such tactics. The ED is doing its job independently and it is wrong to make such accusations,” Fadnavis said.