EC Hands out Fourth 'Clean Chit' to Modi, but Uploads No Details on Website

The missing details on the website raise questions about whether the poll panel has different yardsticks for different people. 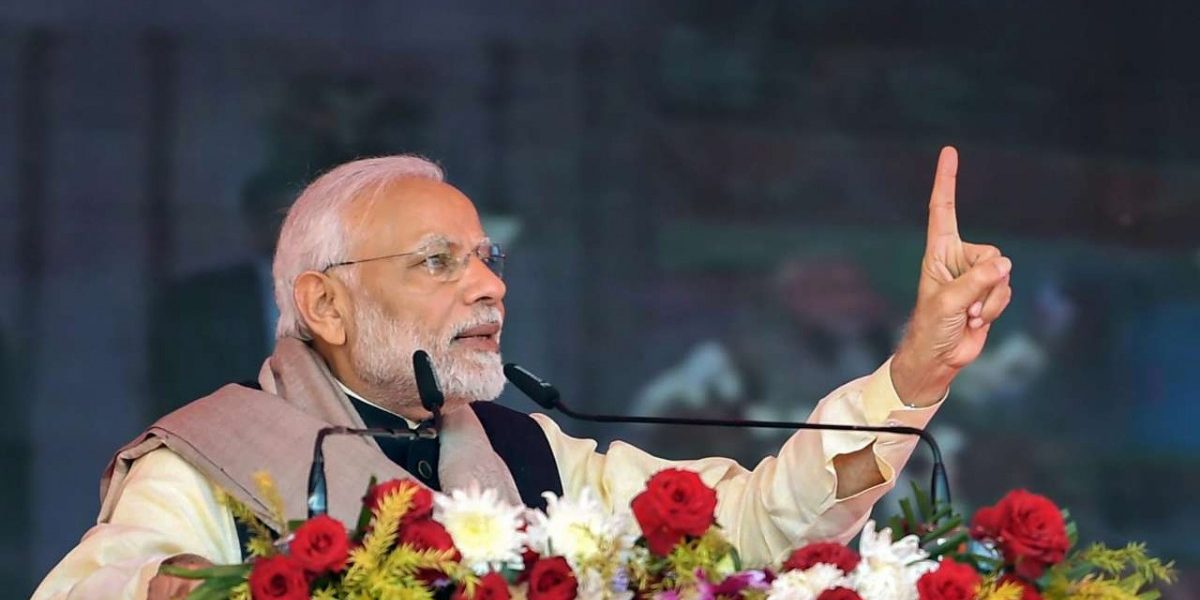 New Delhi: Even as it handed over its fourth ‘clean-chit’ to Prime Minister Narendra Modi on Friday for his speech in Nanded, where he had said that that Congress was running away from majority-dominated areas, the Election Commission hasn’t been updating the details of its orders on Modi on its website.

This stands in sharp contrast to its approach with respect to all other complaints, for which it uploaded the details of the model code of conduct violations on its web page.

A citizen, who first complained about Modi violating the poll panel’s direction to not drag in the armed forces in the electoral campaign and then about how the EC chose to remain silent on it, has questioned the alleged bias at play.

The allegation made by Mahendra Singh, president of West Bengal Forum for Mental Health, has come at a time when even the Supreme Court has asked the EC to take a final call by May 6 on the complaints filed by the Congress against alleged hate speeches and misuse of the armed forces as political propaganda by Modi and BJP president Amit Shah.

There are 481 complaints on EC site, but those on Modi-Shah missing

Singh has now stated that in the “MCC Violation Cases” section on the ECI website – eci.gov.in – when one clicks on the decided cases, the details of each can been accessed along with “Download Decision Report”.

The site, as of May 3 evening, provided access to 481 complaints. “However, in case of PM none of the complaints and neither the decisions of these cases have been uploaded on the ECI website,” Singh charged.

‘Grounds of decision, what state ECI officials said will never be known’

Singh said this is a major lacuna as complainants and other citizens would never know “on what grounds ECI overruled state official findings”. He said “unless ECI itself uploads its order or SC in its wisdom directs ECI to give the grounds of its decision,” the details of the proceedings and the reasons behind the final order will never become known.

A look at the MCC violation page on the website shows that what Singh is saying is true. The site provides the status of all complaints. From the “See Case Detail” column, one can even download the “Complaint Detail”, “Case Detail” or “Decision Detail” in a PDF format.

However, none of the complaints against Modi figure on the list.

Even ‘clean-chits’ to Modi not mentioned on site

Incidentally, the EC has in the recent past given clean-chit to Modi in three cases.The Indian Express reported that in two of these cases, one Commissioner had dissented. These complaints related to Modi’s “minority-majority” speech at Wardha on April 1 and his appeal to first-time voters by invoking the Balakot airstrikes in Latur on April 9. In the third complaint, pertaining to his speech in Barmer in which he said India’s nuclear arsenal is not meant for Diwali, the panel was unanimous in clearing Modi.

However, none of these three cases find a mention on EC’s website. On why the details of the clean-chits to PM’s three speeches had also not been put up on the EC website, the spokesperson said “replies sent to respective complainants as per procedure followed as yet”.

Singh had filed his first complaint against Modi on April 9, but even after four reminders action was not taken by EC. All this while, he complained that the prime minister was “continuously taking advantage of non-action by Election Commission against its own direction of not to use the achievements of India’s armed forces for political campaigning purpose”.

On April 18, he also referred to how, buoyed by EC’s inaction, the PM again used the Balakot airstrike for political purposes while addressing a rally at Balodabazar district in Chhattisgarh.

Subsequently, on April 20, Singh accused the EC of itself violating the MCC guidelines, provided in Chapter 23, page 227, by not acting on violations by Modi. These guidelines, he said, clearly spell out that “complainants will also be informed of the action taken by SMS and by the call centre. Complainants can also see the details of the action taken on their complaints. This system should be operational within 24 hours of the announcement. All complaints should be dealt with promptly and properly.”

In his Latur complaint, Singh also pointed out that a report was submitted to the Commission on April 14 by the district and state officials. Then “what is the justification of three ECI commissioners and their subordinate officials for not acting on it?”

“Are they themselves not responsible for the delay in taking action on the complaint?” he asked.

The latest instance of details of decisions against Modi not being put up on the website has raised questions about whether the poll panel has different yardsticks for different people.