'BJP karyakartas had promised me that Holi would begin from 10th March this year, and they have kept their promise,' Modi said. 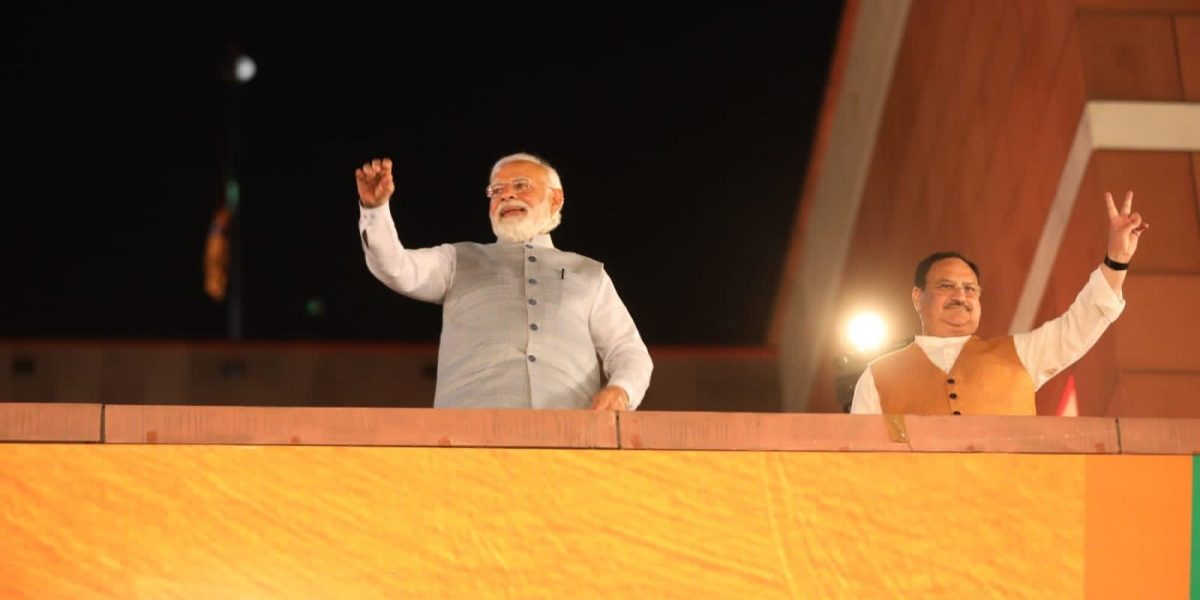 “It is a day of zest and festivities and this enthusiasm is for India’s democracy,” Modi said, while addressing BJP workers at the party’s headquarters following its win in four state polls, and described it as ‘jeet ka chauka‘.

He said Uttar Pradesh has given many prime ministers but for the first time it has reelected a chief minister after he had served a full term.

The prime minister said that governance delivery has been made better and transparent in the last few years, while delivering the poor their rights.

Modi further said, “BJP karyakartas had promised me that Holi would begin from 10th March this year, and they have kept their promise. These workers worked 24X7 and were successful in winning the trust of the people across states.”

“BJP’s vote share has increased in Manipur, Uttar Pradesh and Goa, even after being incumbent. All exit polls were proven incorrect in Goa, and the people of Goa have given us the chance to serve them for the third consecutive time,” he said.

In Goa, he said, the BJP has emerged as the single largest party and even after being in power for 10 years, the number of BJP seats in the state has increased.

“BJP has created a new history in Uttarakhand too,” he said, while referring to the BJP winning for the second consecutive time.