Manohar Lal Khattar eyes second term on the back of nationalism and claim of clean governance claim. New Delhi: Haryana began voting to elect 90 legislators to its 14th assembly on Tuesday. The Bharatiya Janata Party, which had formed its first government in the state under Manohar Lal Khattar in 2014, is seeking re-election on the plank of nationalism and having provided a corruption-free government.

The opposition, though divided, campaigned extensively on issues such as repeated law and order breakdown, farmer distress, rising crime against women, cash-for-jobs and mining scam and continuation of other corrupt practices during the Khattar rule.

It has also blamed the Khattar and Narendra Modi governments for the economic slowdown in the state and the fact that it earned the dubious distinction of having the highest unemployment rate in the country.

The decision on who would again rule the state would be taken by the nearly 1.83 crore voters. The electorate includes about 1.07 lakh service voters, around 85 lakh women and 252 transgender persons.

There are 1,169 candidates in the fray and voting will be held at 19,578 polling stations from 7 am to 6 pm. As part of the arrangements, 27,611 voter-verifiable paper audit trail (VVPAT) machines will be used. Around 75,000 members of the security forces have been deployed to ensure incident-free polling.

Also Read: BJP’s March Through Haryana Could Come to a Halt at Mewat. Here’s Why

In the last election, the BJP had secured 47 seats, followed by the Indian National Lok Dal at 19 and the Congress with 15. This time, the BJP has set itself the target of “Abki baar 75 paar” (This time over 75).

Its hopes of returning to power were boosted by trouble brewing in both the Congress and INLD over the past five years. Internal strife in Congress, Hooda finally gets the rein

It was only after Hooda threatened to walk out of the party in August this year that the party decided to replace Tanwar with Rajya Sabha MP Selja Kumar. Hooda was made the Congress legislative party leader and in-charge of the election campaign.

But the Congress was unable to restructure its block and district committees and witnessed a lot of rebellion.

On October 12, Selja expelled 12 former leaders for contesting as rebels against party candidates. Hooda has, however, tried to breathe new life into the cadre by launching scathing attacks on the Khattar government.

Though the BJP denied tickets to 12 of its sitting legislators, including two ministers – Vipul Goel (Faridabad) and Rao Narbir Singh (Badshahpur) – it did not face this kind of rebellion. Only Randhir Kapriwas decided to contest against the party’s candidate from Rewari. 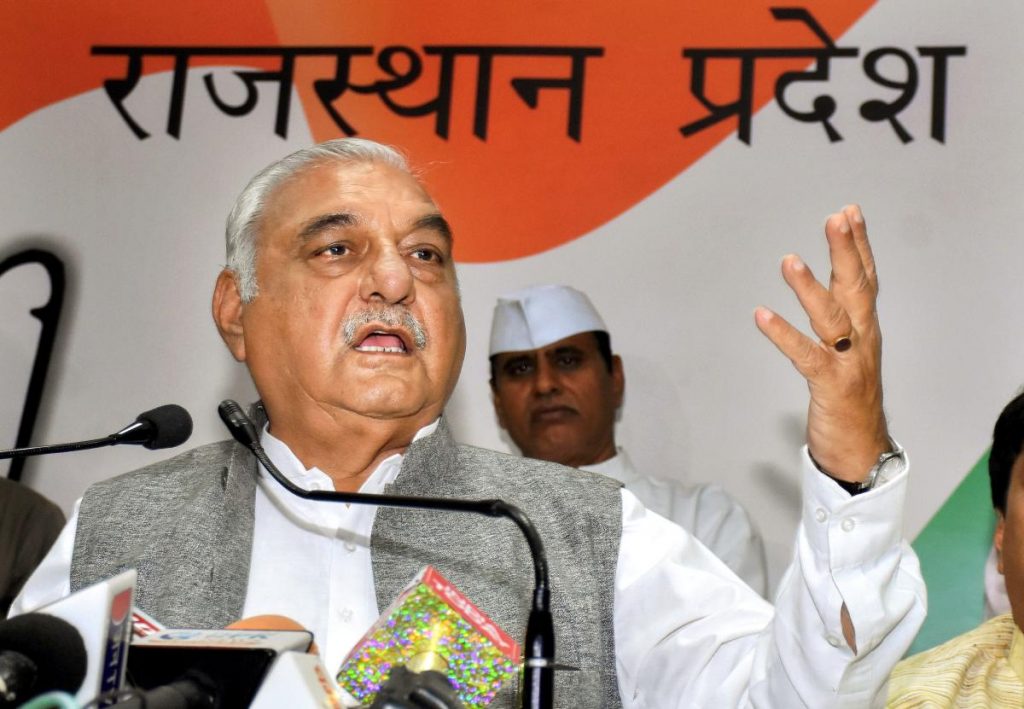 JJP forms out of INLD, rises to significance

The INLD witnessed a split, when following the conviction of his grandfather and former CM Om Prakash Chautala and father Ajay Chautala in a recruitment scam, Dushyant Chautala floated the Jannayak Janata Party (JJP). The INLD also saw several of its leaders leave the party and join either the BJP or JJP over the last five years.

For the 2019 Lok Sabha elections, the JJP allied with the Aam Aadmi Party but failed to open its account and Dushyant himself lost from Hisar. But with issues being different this time, the JJP has emerged as a strong opposition to the BJP. Like the Congress and BJP, it is contesting all the seats.

As for the INLD, other opposition parties have branded it the “B-team” of BJP. The fact that its candidate for Karnal, where CM Khattar is seeking re-election, did not turn up to file his nomination has only lent credibility to such accusations. The party is contesting 81 seats.

But there was one positive for the INLD in these elections. It got a new ally in the Shiromani Akali Dal (Badal), which at the Centre has been the BJP’s longest ally in the National Democratic Alliance. Peeved at BJP poaching its lone former MLA from Kalanwali, Balkaur Singh, and fielding him as its own from the constituency, the SAD (Badal) decided to ally with the INLD instead.

A number of other parties like the AAP, Swaraj India, Bahujan Samaj Party have also fielded their candidates in some constituencies. Swaraj India leader Yogendra Yadav, BSP chief Mayawati and former Punjab CM Sukhbir Badal also addressed rallies in support of their candidates. 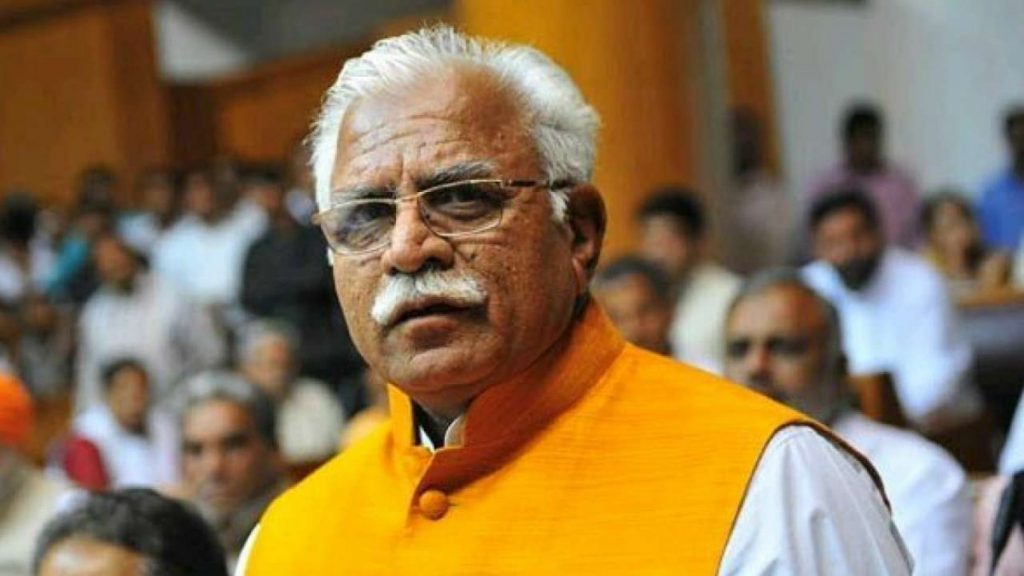 There are several constituencies where important personalities are contesting and on which people would be keeping a keen eye.

Chief minister Khattar is contesting from Karnal. He is being challenged by Tarlochan Singh of the Congress and Tej Bahadur Yadav of the JJP. Yadav shot into the limelight after he uploaded a video on social media about poor quality food being served to personnel in Border Security Force. He was subsequently sacked from the paramilitary organisation. The seat also has nine other contestants.

Hooda would be looking to retain his seat from Garhi Sampla Kiloi in Rohtak district. He is facing a direct fight against another Jat leader, Satish Nandal, who he defeated by big margins in 2009 and 2014. The difference this time is that Nandal, who contested as the INLD’s candidate earlier, joined the BJP in June.

JJP leader Dushyant Chautala is once again trying to get elected to the Haryana assembly from Uchana Kalan in Hisar. He is taking on sitting MLA and BJP candidate Prem Lata, who is the wife of Union minister and Hooda’s first cousin, Birender Singh. Lata had defeated Dushyant in the 2014 assembly election and her son, Bijender, defeated him in the 2019 Lok Sabha election from Hisar.

INLD president Abhay Singh Chautala is seeking re-election from Ellenabad in Sirsa district. He is facing Pawan Beniwal of the BJP, who came second last time. This time, Beniwal is hoping that JJP candidate O.P. Sihag will split the Jat votes.

Other seats to look out are Kaithal, where senior Congress leader and spokesperson Randeep Singh Surjewala is contesting. He is pitted against Anil Kumar of the INLD, Leela Ram of the BJP and Madan Tanwar of the BSP. Surjewala won this seat in 2009 and 2014, and prior to that in 2005, it was won by his father, Shamsher Singh. In all the three elections, INLD’s Kailash Bhagat was the runner up.

Former Congress legislative party leader Kiran Choudhary, who is also the daughter-in-law of former CM Bansi Lal, is seeking her third straight term from Tosham, a family pocket borough. It was won by her late husband Surender Singh twice and by Bansi Lal six times. This time, she is facing Shashiranjan Parmar of the BJP and Sitaram Singhal of the JJP.

What Tosham has been to Bansi Lal’s clan, Adampur has been to former CM Bhajan Lal’s clan. Ever since he won the seat in 1968, the family has never lost it. This time, his son and sitting MLA Kuldeep Bishnoi, who won it in 2014 as a representative of the Haryana Janhit Congress (Bhajan Lal) is contesting the seat on a Congress ticket.

The BJP has fielded national vice president of its women’s wing and TikTok star Sonali Phogat opposite him. Phogat was in the news for asking some girl students “Are you Pakistani?” when they asked her questions about a girls’ college. Other seats of interest are those where some Haryana ministers are in the fray – namely Anil Vij (Ambala Cantonment), Captain Abhimanyu (Narnaund), Ram Bilas Sharma (Mahendragarh), O.P. Dhankar (Badli) and Kavita Jain (Sonipat).