Plays written during the freedom movement highlight how the theatre community evolved creative stratagems to overcome political intolerance – something we could learn from today. 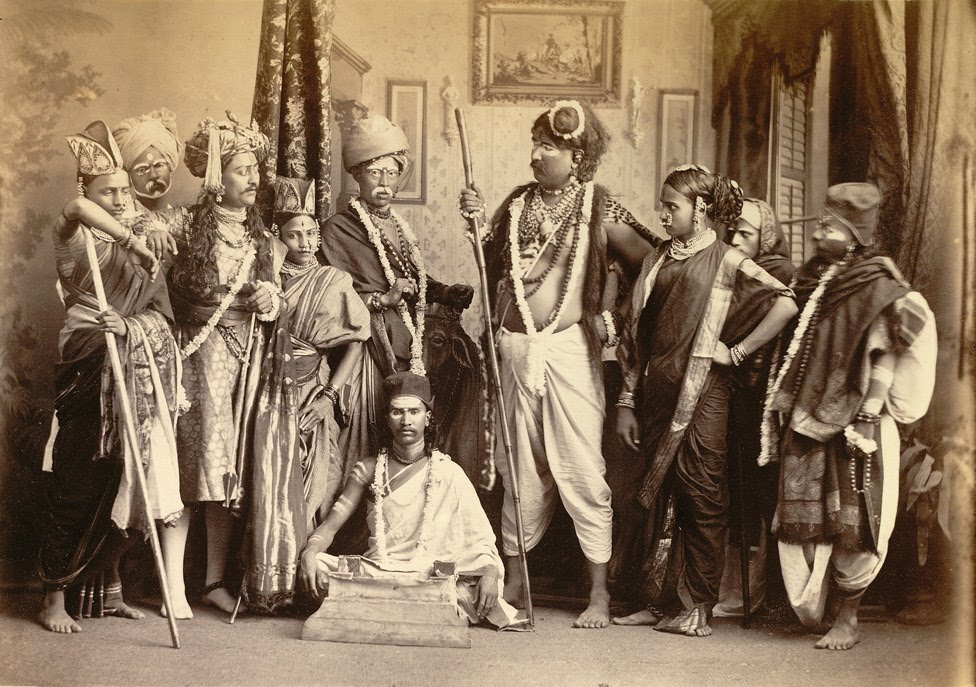 At a time when intolerance for dissent of any kind – political, religious or cultural – is growing like a hydra-headed monster and artistic freedom of expression is under stress, it is instructive to look back and see how similar situations were managed in the past. This is not the first time that India has been witness to conflict created by ideas and ideologies, nor will it be the last. Many of my generation have lived through Indira Gandhi’s Emergency and the coping mechanisms adopted by dissenters are a living memory and on record. However, few will now personally remember the repression let loose by the British in the last phase of their rule in a bid to retain power, nor how creative individuals overcame the obstacles to continue their struggle.

In my book Patrons and Philistines (1995), I chronicle how nationalist actors, writers and other creative individuals dealt with attempts to muzzle dissent. I recount below some of these attempts to inspire those facing a similar dilemma today – of conveying their dissent and still keeping on the right side of the law.

In the aftermath of 1857, a respect for tradition ran parallel to an enthusiasm for all things Western. In this context, cultural nationalism was fostered by theatre, which, by harking back to ancient glory through mythology and classical literature, aroused Indian pride and bolstered self-confidence. At the same time, by protesting against contemporary conditions, it awakened the political and social conscience of the people, especially in Bengal and Maharashtra, though the phenomena was present in other parts of India too. Both literature and drama became more than entertainment or educational mediums, they became vehicles of protest against British rule. Historical dramas in particular became messengers of nationalist sentiment, with plays such as V.J. Keertane’s Thorle Madhav Rao Peshwe (1861). Political commentary was also incorporated into folk forms such as powada and tamasha, and into keertans (religious discourses using music and dance).

Later, in Bengal, Girish Chandra Ghosh, one of the first great men of Bengali theatre, wrote a series of historical plays like Siraj-ud-daula and Mir Kasim on the theme of British oppression, using historical figures and situations to convey a contemporary message. Siraj-ud-daula was banned. D.L Roy in his plays explored not only Indian history in relation to the contemporary situation, but also questioned Indian nationalism, pointing out the exploitation inherent in the caste system and feudal structure.

The first politically significant play in Bengal was Nil Darpan (Mirror to Indigo) written in 1860 by Dinabandhu Mitra, translated by Reverend James Long and produced by the National Theatre of Calcutta. It created a powerful stir in Bengal. The Anglo Indian Press raised a hue and cry and the Landholders Association of British India filed a complaint against the drama. Long was prosecuted and sentenced to one month’s imprisonment and a fine.

In spite of this, patriotic drama on British injustice continued to flourish and, after 1870, nationalist and political sentiments became more openly expressed. Many of the plays were patriotic but not seditious. Many like Chakar Darpan (Mirror to Tea) and Gaikwar Darpan (Mirror to the Gaikwar) focussed on various injustices faced by Indians at the hands of the British.

The government had shown complete indifference to Indian drama till 1870, but thereafter it moved to control and suppress it. On December 25, 1870, an anti-sedition clause was introduced to the Indian Penal Code, under which actors in some of the plays were arrested.

When the satire Gajadananda O Yubaraj (Gajadananda and the Prince) on the visit of the Prince of Wales to the house of Jagadananda, a loyalist government pleader, was staged inspite of police warnings and staged again under a changed name as Hanuman Charitra, the angered government issued an ordinance prohibiting dramatic performances which were scandalous, defamatory, seditious, obscene or otherwise ‘prejudicial to public interest’.

In defiance, the Great National Theatre of Calcutta produced an improvised farce, The Police of Pig and Sheep, making an obvious reference to police commissioner Hogg and superintendent of police Lamb. This led to the arrest of the producers Upendranath Das and other members of the theatre who were, however, later acquitted by the high court. This precipitated the introduction of the Dramatic Performance Bill in 1876, later enacted into a law. Though obscenity figured largely in the Act, it is clear that in the conditions of the time it meant ‘anti-British’. Two years later, the Vernacular Press Act was brought in, which gagged the native press and made the publication of ‘politically seditious writing’ punishable.

It is worth noting that inspite of such restrictions, patriotic literature and drama continued to flourish. By the allegorical use of mythological themes and by using covert suggestions, sometimes even of an improvised nature, Indian theatre managed to avoid prosecution while simultaneously conveying the evils of foreign domination.

Though the Urdu stage was crude and vociferous in its expression of dissent, the more advanced theatres preferred to employ subtle insinuations which were plain to intelligent audiences as well as the common man who witnessed the popular versions, and yet be beyond the reach of law. For example, K.P. Khadilkar’s play Keechak Vadha is a landmark in the theatre of protest. It was the allegory of an incident in the Mahabharata in which Keechak, the lustful brother-in-law of King Virat, in whose court the five Pandavas had sought refuge incognito, is slain by Bheema, using a stratagem. Though no names were mentioned, everyone knew that Keechak was Lord Curzon, Draupadi was India, Yudhishtira was the moderate and Bheema the extremist section in the Congress. The message was that a weak government in London (King Virat) has allowed Curzon to insult and humiliate India. While her moderate champion advocates gentle (constitutional) measures, which prove ineffective, the extremist adopts violent measures and the oppressor is disposed off without difficulty.

Later, in 1930, Manmatha Ray dramatised Hindu legends by selecting episodes which highlighted the contemporary situation. His Karagar (Prison) dramatised the birth of Lord Krishna in prison. Its allegorical significance was not lost, because prisons at the time were full of nationalists involved in Mahatma Gandhi’s civil disobedience movement. Nor was it lost on the government, who banned it.

After 1910, several Marathi writers began the vogue of sangeet natak or musical plays, such as Manapman, which took care not to arouse government’s anger while keeping the flame of patriotism alive.

Though political theatre was low-key in the 1920s, the growth of prudishness led to a demand for stricter censorship on moral grounds. Though there was little in the plays which could be considered objectionable today, throughout those years there were notices under the ‘police’ section of newspapers of this or that drama being obscene and action against them demanded. But since the government was occupied with political questions, not many were prosecuted on moral grounds.

Because politics could not be openly discussed during the last phase of British rule, writers and the Indian stage adopted stratagems such as those described to overcome the political compulsions of the time. Today’s intellectuals can take comfort in the fact that inspite of several draconian laws and attempts, the state could not tame or completely subdue drama or literature then. Today’s situation perhaps also calls for the use of similarly innovative strategies.

Pushpa Sundar is the author of Giving with a Thousand Hands: The Changing Face of Indian Philanthropy (OUP 2017), Business and Community: The Story of Corporate Social Responsibility in India (Sage 2013), and Patrons and Philistines: Arts & the State in British India, 1773-1947 (OUP 1995).