Fadnavis, who continued to be the 'acting CM' for over two weeks since the results were declared on October 24, resigned today after the talks of an alliance reached a deadlock with BJP ally Shiv Sena. 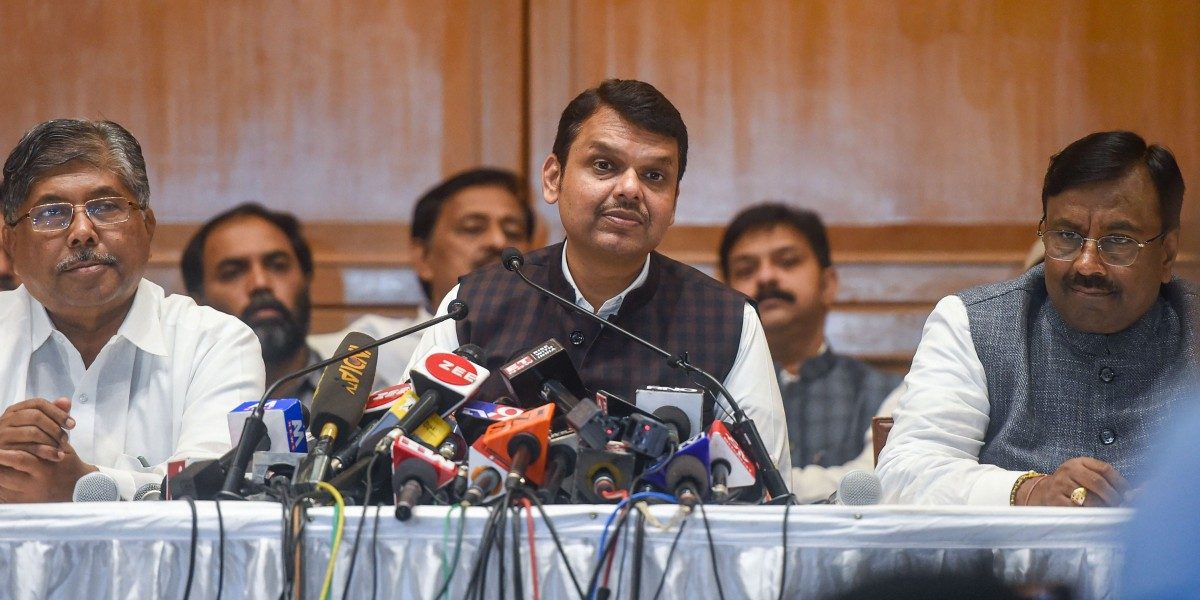 Mumbai: After political drama that spanned 15 days, Bhartiya Janata Party leader Devendra Fadnavis finally resigned as the chief minister of Maharashtra on Friday. The resignation was first handed over to state governor Bhagat Singh Koshyari and subsequently an announcement was made at a press conference in Mumbai.

Fadnavis, who had continued to be the “acting chief minister” for over two weeks since the results were declared on October 24, resigned today after the talks of alliance reached a deadlock with BJP’s pre-poll ally Shiv Sena. The two parties have been having a public war ever since the elections, with the Sena demanding an “equal share” in government and asking for the chief ministerial post for two-and-half years along with plum ministerial berths.

Fadnavis, making his discontent clear at the press conference, said, “I have made several attempts to hold a conversation with Sena chief Uddhav Thackeray. But he refused to attend my calls… however, at the same time, Thackeray was busy holding conversations with the NCP (Nationalist Congress Party). This shows where the party’s priority stands,” he told the media.

Also read: Shiv Sena Lashes Out as Devendra Fadnavis Announces He Will Be Back as CM

Of the 288 state assembly seats, BJP managed to snag 105, while the Sena picked up 56 seats. The Shiv Sena, ever since the results have been declared, has been asking for a lot more than the BJP has been willing to give. Fadnavis, in the media meet today, said that the talks for equal share was never conducted in his presence.

“Not a word on the 50:50 power sharing formula was spoken in my presence. It might have happened between Thackeray and Amit Shah ji (BJP party chief). But I was neither a part of this talk nor privy to this information,” he claimed.

Up till now, Fadnavis, had reiterated that he would return at the CM of the state and the government would be formed along with the Sena. Today, however, he sounded dejected and blamed the Sena for the “crisis” the state is in. The current assembly session will end on November 9 and the parties must make a move before that, otherwise the governor can impose President’s Rule on the state.

Fadnavis said that he has been hearing a lot over the past 15 days. “On some days we are told that Thackeray is speaking to the NCP and on another day, they speak of forming the government with us. We have no clarity what is happening over the last two weeks,” he added.

Describing his meeting with the governor, Fadnavis told the media that he had been requested to continue as an “caretaker CM” until a new government is formed. “I have obliged but I won’t be able to take any new decisions in the interim,” he clarified. 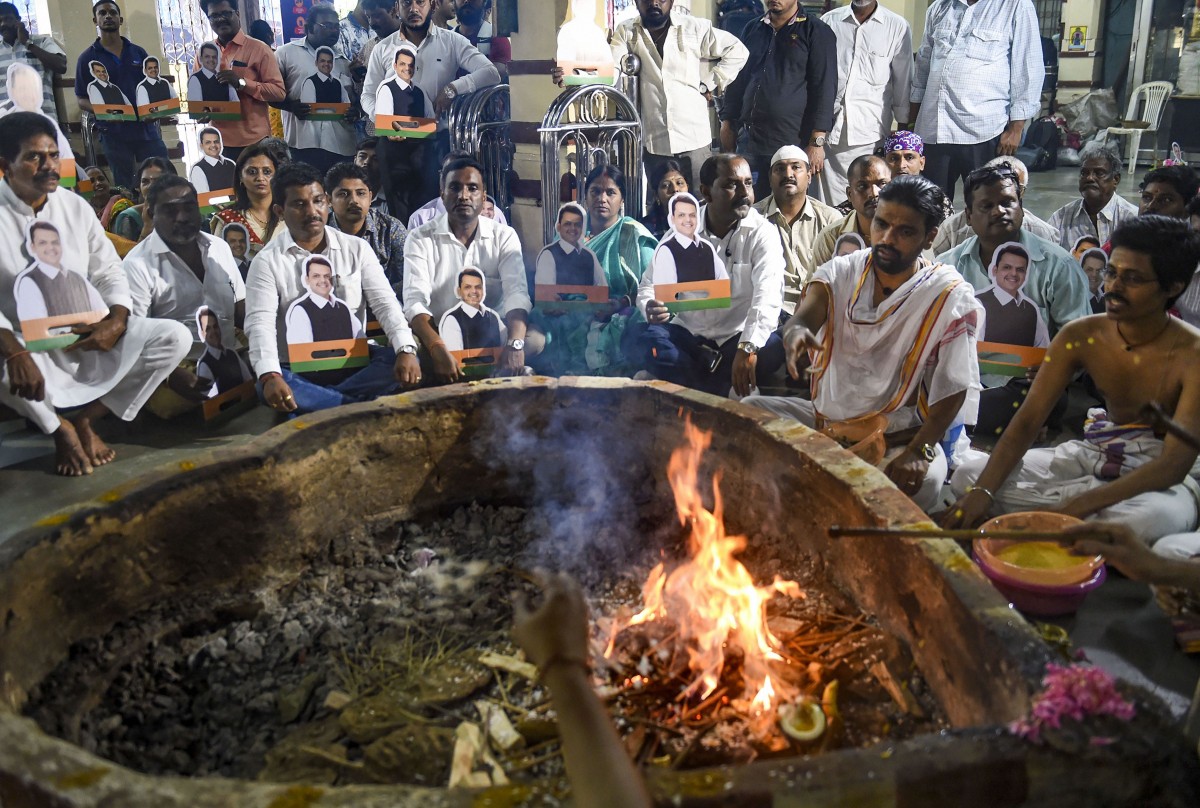 Most updates from the Sena have been conveyed through the party’s senior leader Sanjay Raut. In the party’s mouthpiece Saamana, of which Raut is the chief editor, editorials have been regularly carried criticising the BJP government both at the Centre and the state. Fadnavis today accused the Shiv Sena of taking an “unacceptable stand” against the BJP and said it is unbecoming of an ally to talk like this.

“Even if the two parties were to go ahead with the alliance, it is necessary that we clearly know what is the Sena’s stand on our party and our party leaders. They have been openly criticising the country’s prime minister Narendra Modi ji on several occasions. It is unacceptable for the BJP,” he said.

As the deadline to form the government approached, the Shiv Sena had got jittery and decided to move its MLAs at a “safe space” to avoid any chance of horse trading. Fadnavis today rubbished the claims made by both the Sena and NCP leaders and said at his party, at no cost, will try to buy Sena’s MLAs. “This is not the BJP’s style. We don’t do this politics,” he said.

Minutes after Fadnavis’ press meet, Raut met a few journalists and called the outgoing CM’s claims as unfair and unreasonable. “We have never criticised the PM or Amit Shah ji. One can check our track record. In fact, Modi ji has, on several occasions, criticised several opposition leaders,” Raut said.

Although Raut dodged questions of forming a government with the NCP, he reiterated that the allegations made against Pawar and his party were not acceptable to him.

Pawar at a press conference in Mumbai on November 7 had claimed that they had accepted the public’s mandate to sit in the opposition and the party hopes that the Sena and the BJP is able to form a government soon.