Despite Setbacks, Maharashtra Ekikaran Samiti Charges Ahead in Karnataka's Belagavi

Unconcerned by the national impact of the poll, the hyper-local party wants to expose the arbitrariness of the linguistic division of states and its human impact. 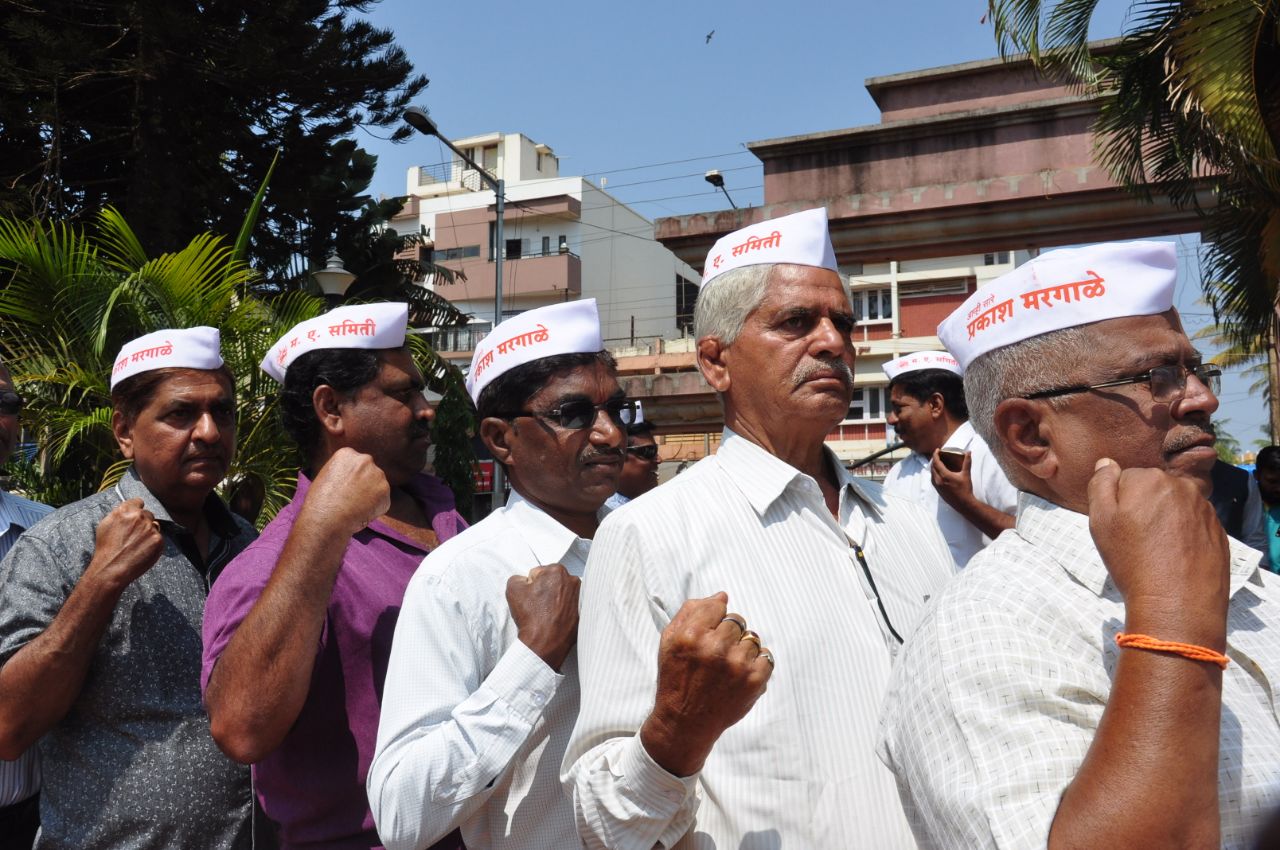 MES’s single-point demand that Belagavi should be merged with Maharashtra stands out in an election that has been touted by political observers as a make-or-break election for both the Congress and the BJP. Credit: Special arrangement

Belagavi: In the commercial streets of Raviwar Peth, as the day came to a close, the Maharashtra Ekikaran Samiti’s (MES) office was buzzing with activity. A few men sat in the two-room office and brainstormed campaign strategies for the upcoming assembly election in Karnataka on May 12. Among them were Deepak Dalvi, considered to be one of the party’s ideologues, and Prakash Margale, MES’s candidate in the Belagavi (South) constituency.

For over 60 years, MES has been a formidable force in the largely Marathi-speaking Belagavi, a district in north Karnataka bordering Maharashtra’s Kolhapur. Although not a recognised party, it fields its candidates as independents in the district and has a consistent record of sending at least two of them to the state assembly. Its stronghold over the local administrative bodies remains undisputed.

What the MES wants

MES’s single-point demand that Belagavi should be merged with Maharashtra stands out in an election that has been touted by political observers as a make-or-break election for both the Congress and the Bharatiya Janata Party (BJP). But the MES is unshaken and unconcerned by the national impact of the poll.

“Many say that our demand has lost its sheen over the years,” said Dalvi, “but for us, it is not a mere political issue. It is the question of our identity, an issue very close to our hearts. We will support any party which is willing to support our demand.”

In case of a hung assembly, which many pollsters are predicting, MES candidates, if elected, will play a crucial role. “Election is only one of the ways to talk about our demand. We are Marathi-speaking people. We have always felt like Maharashtrians. Belgaum was a part of the Bombay Presidency. If India opted for linguistic re-organisation of states, why was Belgaum handed over to Karnataka? We have been living as second-class citizens in this Kannada-speaking state,” he added.

MES’s demand to integrate Belagavi into Maharashtra goes back to 1956, when the district, previously a part of the Bombay State, was integrated into Karnataka (then known as Mysore State) when states were linguistically reorganised. According to the MES, as many as 15 taluks of north Karnataka, which includes 865 villages in 11 districts with almost a 70% Marathi-speaking population, were unduly incorporated – some say on the insistence of the dominant Lingayat community – into the Mysore State.

“Our demand is that these villages should go to Maharashtra and around 235 Kannada-speaking villages in Maharashtra should be handed over to Karnataka. The problem is not merely a border dispute. The larger point is to expose the arbitrariness of linguistic division of states, as conceived by our leaders, and highlight its human impact,” said Margale, adding that he would raise this issue in front of the Belagavi electorate with greater vigour than he did before. 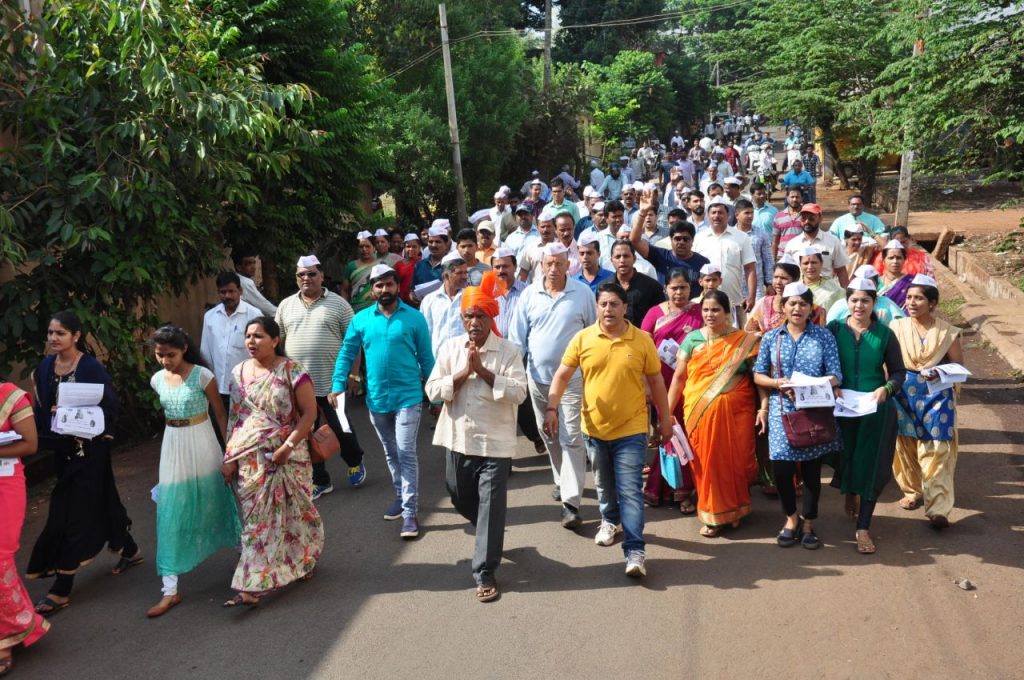 Issues within the MES

However, over the years, even as MES’s larger demand has found a few takers in Karnataka, the organisation has faced problem within its own ranks. Several internal factions, each trying to assert its leadership over the Marathi-speaking population, has diminished its stronghold in many parts of north Karnataka. For instance, in Uttara Kannada and Bidar, the group faces a strong leadership crisis. In Belagavi, its biggest bastion, the group is now divided into three camps – two led by Kshatriya Marathas, N.D. Patil and Sambhaji Patil, and one led by a Brahmin, Kiran Thakur.

With Maratha votes split between different factions, the Congress and BJP have been able to get enough seats in Belagavi to keep the Maratha sentiment away from the political mainstream. As a result, the MES has nuanced its position and has begun addressing the Marathi-speaking population as a linguistic minority to engage with the state government.

Pointing at the alleged discrimination that Marathi-speaking people have had to face over the years in Karnataka, Dalvi said that the Indian constitution guarantees rights to linguistic minorities.

“The constitution says that if 15% of the population speaks in a different language than of the majority population, the state government should provide all the facilities to retain that language. From 1956 to 1970, all Kannada-speaking people used to learn Marathi in schools. But over the years, the schools run by the state government have neglected Marathi in the curriculum. In schools, which are supposed to be Marathi-medium, the governments have neither appointed enough teachers nor improved the infrastructure,” said Dalvi, adding that Marathi should be granted third-language status in Karnataka.

“We have been asking that offices, hospitals, traffic signals in Belagavi should also have Marathi signboards. We also want better employment opportunities for Marathi-speaking people. We have been requesting the government to also maintain official records in Marathi, at least in Belgaum. Those who are trained in reading only Marathi face huge difficulties in accessing official records because of a Kannada-only policy in government offices. But all the governments have refused to engage with us. We have never been properly allowed to speak in the assembly,” he added.

While Karnataka has been reticent, the MES has historically found great support across the border in Maharashtra. “Belgaum (now Belagavi) was so central to the imagination of Maharashtra that even before independence in 1943, the Marathi Sahitya Sammelan, comprising eminent intellectuals, held a meeting here to discuss Maharashtra’s boundaries. It was decided that Belgaum would be a part of Kolhapur district of Maharashtra,” according to Dalvi.

Since then, the hangover remains. Prominent politicians of Maharashtra across political parties, which include the Congress, BJP, Shiv Sena and the Nationalist Congress Party (NCP), have backed their demand on and off.

In March, NCP chief Sharad Pawar attended and supported the MES’s rally for “unity among border residents” in Belagavi. He espoused the MES’s cause and promised to strengthen the movement for Belagavi’s merger with Maharashtra, both politically and legally. He promised to strongly pursue the 2004 petition that the state of Maharashtra has filed in the Supreme Court to integrate Belagavi with the state. 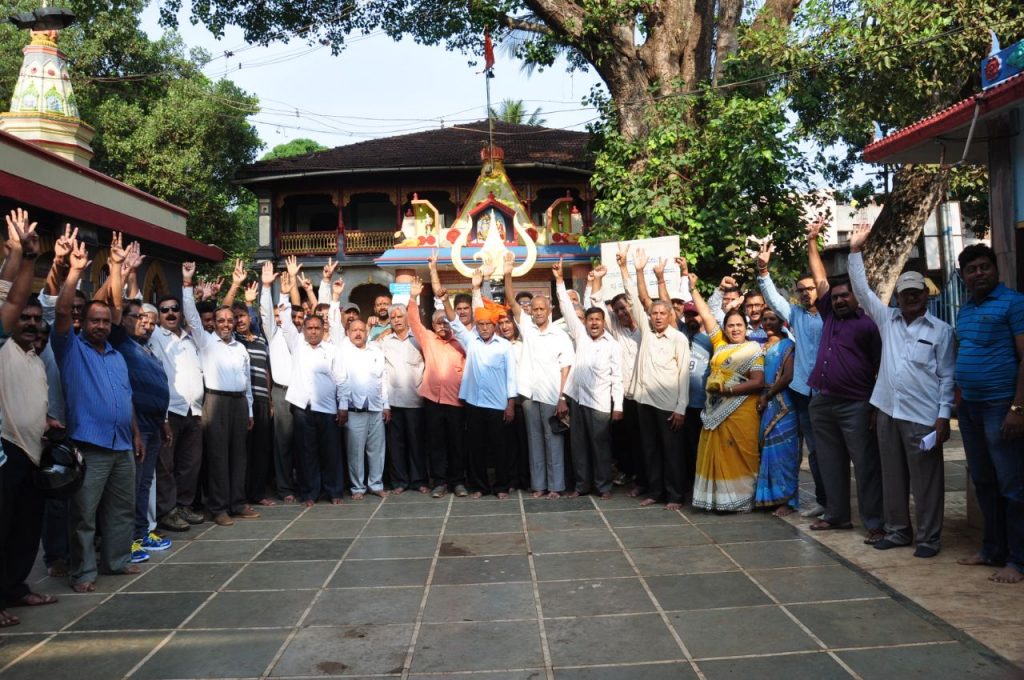 In the larger battle between the Congress, BJP and JD(S), Belagavi presents a different and hyper-localised political narrative. Credit: Special arrangement

Pawar’s support to the MES had immediate political ramifications. The H.D. Deve Gowda-led Janata Dal (Secular) in its bid to gather support in the Marathi-speaking regions of north Karnataka, which is the Vokkaliga-dominated party’s weakest link, had until then tied up with the NCP for the assembly elections. However, Pawar’s move caught the JD(S) off guard. Fearing being seen as in favour of the division of the state, given that Karnataka has been opposing the PIL for more than a decade, Deve Gowda’s son H.D. Kumaraswamy, abruptly ended the short-lived alliance.

Margale insists that the MES is a secular movement. “We have had presidents from both Muslim community and the Rashtriya Swayamsevak Sangh. We also have members from many other communities. The issue of language is primary, religious or caste affiliation (comes later).”

Despite remaining on the fringes of Karnataka politics, MES, however, has held its own. For other parties in the state, the group may have remained an untouchable but it has a strong presence in at least five constituencies of Belagavi and can play a significant spoilsport in the 13 constituencies that remain in one of the biggest districts of Karnataka.

In the last six decades, the MES has carried out various campaigns, sat on hunger strikes, boycotted taxes, held bandhs, which sometimes turned violent – as was the case in 1980, across north Karnataka. It has used its dominance in Belgaum City Corporation to pass resolutions that called for Belagavi’s merger with Maharashtra. It has also opposed state government’s order to rename Belgaum to its current Kannada signifier.

In 1966 the Union government first tried addressing the issue by appointing the Mahajan commission, headed by Mehr Chand Mahajan, the third chief justice of India, to look into border disputes. Although the commission recommended that some of the villages could be transferred, it opposed the merger of Belgaum with Maharashtra. Dalvi says that the MES at that time was only demanding 35 villages to be transferred to Maharashtra but the commission “wrongly noted that we were demanding 100 villages to be given.” Since the then government of Maharashtra rejected its report, the commission’s recommendations were never implemented.

In March 2004, the Maharashtra government moved the Supreme Court calling for Belagavi’s merger with the state but has been facing stiff resistance from Karnataka since then. The case, which challenges the Union government’s faulty division of the states, is still pending at the top court.

Even as the sensitive issue continued to simmer, the Karnataka government has made greater efforts to show Belagavi as an integral part of the state. It declared Belagavi as its second capital in 2006 and constructed a second assembly seat here. The Suvarna Vidhana Soudha (legislative assembly in Belagavi) holds the annual session of the state legislature here. It has also been organising events to boost the popularity of Kannada – for instance, the World Kannada Conference (Vishwa Kannada Sammelana) in 2011 – in the city to send a message to MES.

At the same time, identitarian groups like the Karnataka Rakshana Vedike have been militantly resisting any efforts by the MES to advance its agenda. This has led to greater disharmony between the majority Marathi-speaking people and the rest of the population.

This has, however, not allowed the MES’s enthusiasm to wane. Cut to 2018, Dalvi and Margale claim that much of the divisions within the MES have been sorted out now and it is again a strong player in Belagavi. It has fielded three candidates – Margale himself from Belagavi (South), Manohar Kinekar from Belagavi (Rural) and Arvind Patil from Khanapur. Dalvi said that it was confident of winning all the three seats this time.

“We have been sending five of our members to the assembly since 1956 until 1999. There were some minor setbacks after that. Delimitation of seats in 2008 divided our strongholds. That was a worry but we have managed to improve our position now. Last time, two of our members were elected and one lost by only around 1500 votes,” said Dalvi.

In the larger battle between the Congress, BJP and JD(S), Belagavi presents a different and hyper-localised political narrative. The border dispute and resultant cultural anxieties of people may dictate voting preferences here more than anything else.