The Parallel, Performative Governance of Groups Like Dera Sacha Sauda

The Dera's support of the BJP brought the party to power. To talk now of a crackdown, when complicity and cooperation marked the relationship, seems hypocritical. 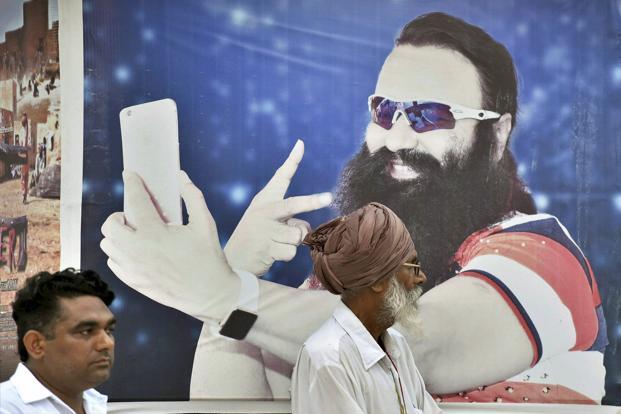 As violence spreads across Punjab and Haryana, as casualties rise and petrol pumps are destroyed, a spectator has to ask broader questions beyond Gurmeet Ram Rahim Singh’s conviction for rape. Where are these movements? How do they grow so exponentially? Why is the state so illiterate or complicit about them? One has to place this event within a broader history.

The rise of new millennial sects is one of the most fascinating and disturbing phenomenon today. Like all millennial groups, they represent the downcast and the downtrodden. Millennialism brings to their lives a set of dreams, aspirations, dramas where the future is more enticing, and the present more pregnant with expectation. Millennialism is usually elliptical to the state and, unlike radical movements, expects change through the acts of an extraordinary prophet. It threatens the state and at yet at another level operates parallel to the state. It expects a miracle but a miracle all can share, where the believer is rewarded with a cornucopia of gifts, accessories which makes Father Christmas look stingy.

The performative power of these sects is amazing. Peter Worsley talks of groups that expected a new Christ to come and whose second coming was accompanied by the skies opening and dropping Frigidaire products and other gadgets.

The Dera Sacha Sauda sect of Singh is another fascinating example. The name of the man itself signals a collage of equal religions. Singh is tech savvy, like all new spiritualist groups. His followers come from lower castes and classes, and believe he is a prophet of a new, more equal age. Like other sects, he is utterly Mcluhanese where he can proudly announce the medium is the message, as he stars in films that make science fiction look silly. In times when electoralism is colourless and repetitive, Singh is a technicolour prophet, whose ideas offer to speed up the golden age. He seeks attention, and gets attention, by claiming records like the Guinness record for the most massive blood donation camp. In fact, the first three records of mammoth donation all stand in the name of the sect. When altruism becomes a mass phenomenon, the message of the sect is driven home. The sect is reformative, even progressive in a performative way as when it organised a mass marriage ceremony for former sex workers. Here again an exemplary act goes beyond legislative and political piety and creates a world of legitimacy for a marginal group like sex workers. The prestations at these ceremonies are cornucopian as each married couple receives a cheque of Rs 1,50, 000. After the government fussing silly over doles of Rs 500 or Rs 1000, Singh looks far more credible and promising. Yet there is always a progressive touch of the scientific and the hygienic, as Singh announces in a precautionary way that all workers were medically examined prior to the ceremony.

It is amazing how the sect springs up in an anonymous little town, an aspiration of some spiritual ascetic, as a sect of ashrams and has gone global ten years later. The membership of theses sects has to be seen in demographic terms as they can outpace even groups like the RSS. It is this very ability to command crowds and a fanatical loyalty that makes Dera Sacha Sauda’s ashrams a threat to the state as they create a regime of parallel governance – both civic and spiritual.

There is an egalitarian appeal to justice and solidarity in an age where aspiration meets hierarchy. The sects realise that the progressive and the miraculous go together. The ethic they offer is an ascetic discipline where spirituality and equality create a miraculous solidarity. Here social reform in an almost immediate sense accompanies political equality as widows are offered remarriage, sex workers a new dignity, disaster victims a prospect of rehabilitation. It was Dera Sacha Sauda that filed a petition in the Supreme Court asking it to grant legal status to transgender peoples in April 2014. Organisationally, these groups are efficient enclaves, little communities which also command large real estate. 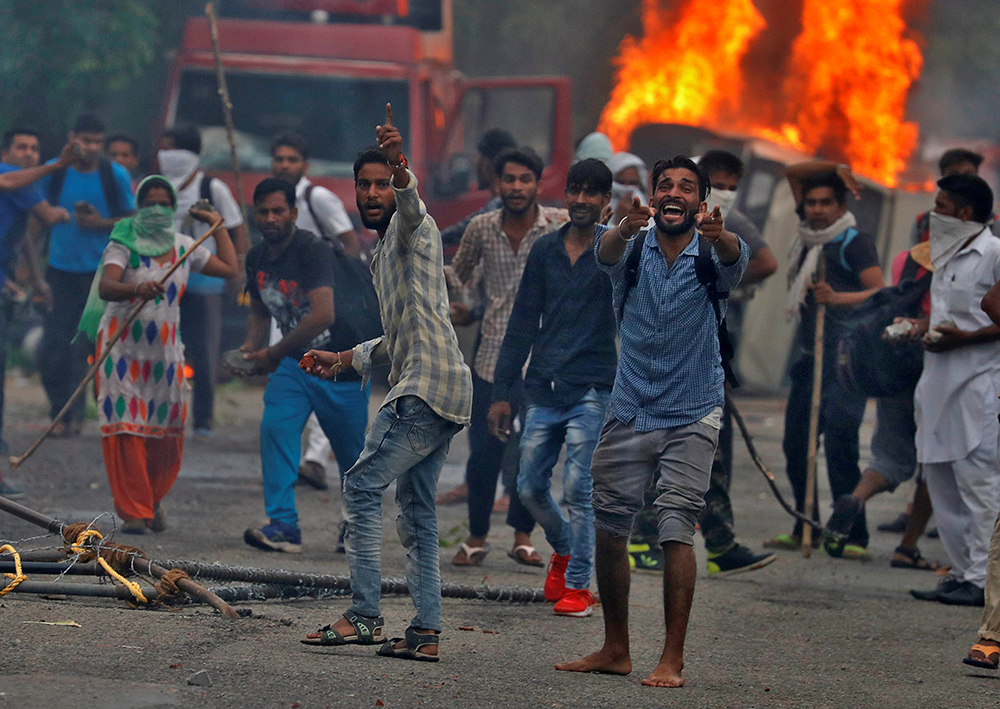 Matching the scale of social work which the media rarely covers, but is news all over the little towns where the organisation has moved in, is the performative power of the leader. This man is not the legendary ascetic but the latest popstar, a performer who races motorbikes, which he revs up as he makes a dramatic entry.

Sadly, the power of prophecy trips over the foibles of the leader, whether it is the silliness of ‘godman’ Rampal, the more sinister performances of Asaram and his son or the conviction of Ram Rahim for rape. Convicting a prophet is not easy as he creates a law and order problem which sucks in the army, a few battalions, as fanatic followers challenge the state. The scene enacted look a part of a B-grade movie as crowds wait for another miracle. Suddenly they realise MSG-1 and MSG-2 (the films Singh made) may pan out differently from MSG-3, the drama of his conviction.

Panchkula on Friday was almost an armed fortress as followers turned hysterical and sorrowful. The court, casting a more secular eye, sentenced him for the rape of two of his followers as Singh faces the prospect of seven years in jail, raising questions on the future of the movement. Yet the epidemic power of such movements is clear. All over UP, Punjab and Haryana, the ashrams under questionable prophets offer dreams of a more millennial world. As democracy turns sour, these movements are appearing as a challenge to the electoral world. Spirituality in all its forms is becoming a powerful force. The sects with higher caste support like Sadhguru, Saibaba or Swaminarayan have eventually merged into the corridors of power, serving as auxiliaries to governance. The newer millennial sects with an OBC following will be threats to law and order, to a democracy that has little sense of the realities of small-town lives and dreams. It is clear today that the ashram is an alternative model of power and governance, capable of threat and violence, challenging the state which has no sense of the ruthless rise and proliferation of these groups.

Reading about the violence, one almost feels that one is describing only the outer layer of an event. The case itself has taken nearly decades to process. Dera Sacha Sauda’s support of the BJP is well known, advertised through tweets celebrating each other. It is vote banks of such spiritual movements that brought the BJP to power. In fact, the rise of such spiritual groups among lower castes was a reason for the BJP’s electoral success. To talk now of a crackdown, when complicity and cooperation marked the relationship, seems hypocritical. One has to ask whether sections of the police had sympathy for such groups. The Manohar Lal Khattar government was in suspended animation till the violence exploded. One has to ask, could we have minimised the loss of life and property or do we expect such vandalism as part of political life? There are many disturbing questions the media and social science needs to examine.

Shiv Visvanathan is a professor at the Jindal Global Law School and director, Centre for the Study of Knowledge Systems, O.P Jindal Global University.