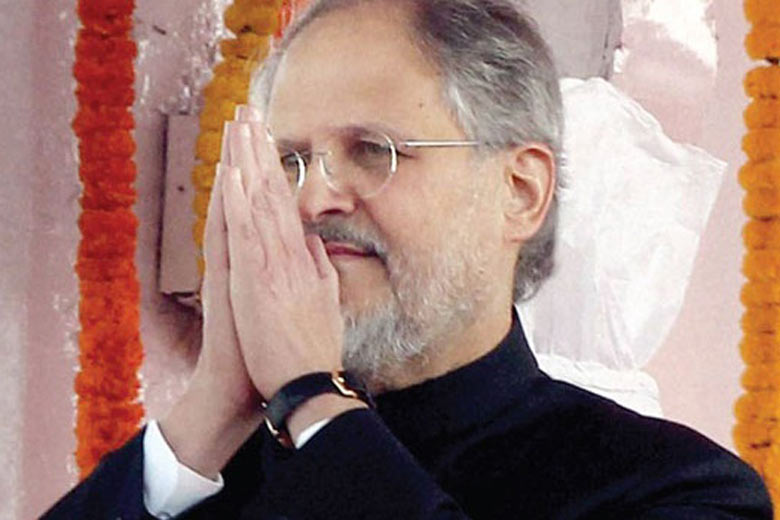 New Delhi: The Delhi High Court on Thursday reiterated that the Lieutenant Governor was the administrative head of Delhi and enjoyed wide discretionary powers, a contention that had been challenged by the Aam Aadmi Party government of Arvind Kejriwal. Following the order, the AAP Government in Delhi said it would be contesting the decision in the Supreme Court.

The Wire had earlier reported how in July this year, the Supreme Court declined to entertain the former’s plea to restrain the Delhi High Court from pronouncing a judgment on the merits of the dispute between them without first deciding whether it has the jurisdiction to do so.

In its order, a Bench of Chief Justice G Rohini and Justice Jayant Nath said: “(In) the LG of National Capital Territory of Delhi, the discretion provided is wider than the discretion that may be exercised by the Governor of a State under Article 163(1) in view of the expression except in so far as he is, by or under any law, required to act in his discretion employed in clause (4) of Article 239AA.”

Dismissing a petition of the AAP government challenging the powers of the Lieutenant Governor, the court said its contention that the LG was bound to act on advice of Council of Ministers was without any substance and could not be accepted.

It asked the Delhi Government to take the approval of LG in all policy matters. Explaining the order, the counsel for the Centre, Anil Soni said: “The High Court told AAP government that they will have to take L-G’s approval for anything that they want to do. The L-G remains supreme as far as Delhi is concerned.”

The court had also maintained that the “power of the LG to act in his discretion is not confined to the Constitution merely. The LG while exercising such powers and discharging such functions which any law requires to be done in his discretion acts on his own judgment without seeking the aid and advice of the Council of Ministers.”

Arvind Kejriwal, who reached Dharamshala in Himachal Pradesh on August 1 for a 10-day Vipassana course, did not respond to the development. However, the AAP government counsel said it would challenge the High Court’s order in the Supreme Court.

Deputy Chief Minister Manish Sisodia, who is in charge of the administration in the absence of Kejriwal, in a series of tweets questioned the decision. He said the constitution had been amended to give Delhi a special status. Delhi is not merely a union territory as it has a legislature, he insisted. Sisodia also questioned why elections were required in Delhi if the Lieutenant Governor was not bound by the advice of the Council of Ministers. As such, he said, while the party respected the High Court, it did not agree with the verdict and would appeal before the Supreme Court. He also reasoned that the fight was not between Kejriwal and Jung, but between an elected government and a selected government.

Though Sisodia was guarded in his use of words against Najeeb Jung, Kejriwal has always been more direct and forthcoming in his criticism of the Lieutenant Governor, who he has often described as an “agent of the Centre and the BJP” since Jung always demanded that the AAP Government take his approval before making various appointments and passing legislations, as the law mandated.

In early June, Kejriwal had vented his anger at Jung saying: “You can do as much illegal, anti-people and unconstitutional work on (Prime Minister Narendra) Modiji’s instructions, but he will never make you Vice-President”. Jung had then responded to Kejriwal’s letter saying, “I feel sorry for his paranoia.”

Prior to that in June 2015, Kejriwal had termed Lt Governor a polling agent of BJP though Jung – a former Vice Chancellor of Jamia Millia Islamia University — was suggested for the top job by former Delhi Chief Minister Sheila Dikshit when the UPA was ruling at the Centre.

Kejriwal had even gone ahead and made personal remarks at the former Indian Administrative Service officer, saying the latter does not give time even to Deputy Chief Minister Manish Sisodia or other Delhi ministers, “but if the ‘chowkidar’ (watchman) of (BJP president) Amit Shah calls him (L-G), he will crawl and go.”

Jung had in a later interview to Karan Thapar termed Kejriwal’s words a “naïve reaction”. Even on Thursday, Jung remained calculated in his reaction to the court order saying it was neither a victory for him nor a defeat for Chief Minister Arvind Kejriwal. “It is not a victory of anyone. It is not a win for Najeeb Jung and loss for Arvind Kejriwal. The court order is a kind of clarification that incorrect things will have to be corrected,” he said.

However, he made it known that now a number of decisions pertaining to appointments made by the AAP Government and issue of directions to power regulator DERC, that did not have his approval, would have to be corrected. He said the order has also clarified issues related to services could be dealt by him directly and would not require the concurrence of the Centre.