AAP has accused the chief election commissioner of playing into the hands of the Narendra Modi government at the Centre. 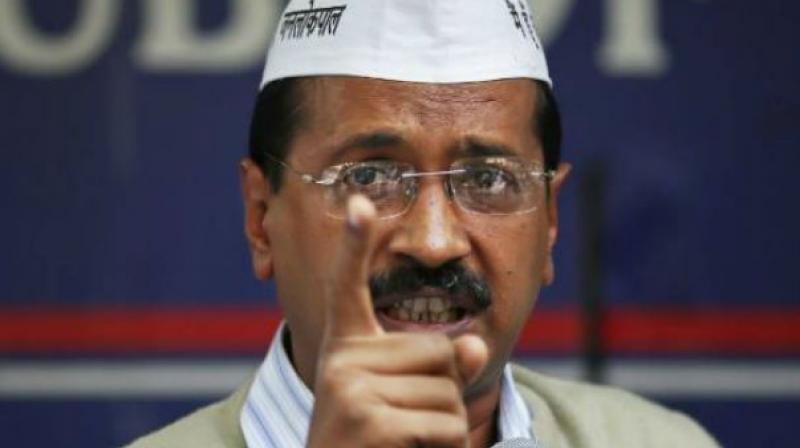 New Delhi: Two and a half years after a young lawyer filed a petition before the president seeking the disqualification of 21 Aam Aadmi Party (AAP) MLAs who had been made parliamentary secretaries in Delhi, the Election Commission has recommended their disqualification to the president. The petition had said that being appointed parliamentary secretaries amounted to holding an office of profit.

One of the MLAs in question, Jarnail Singh of Rajouri Garden, had resigned last year; the EC’s recommendation pertains to the other 20 MLAs.

Though the EC’s decision to write to President Ram Nath Kovind on Friday is unlikely to plunge the current Arvind Kejriwal government into a crisis – since it enjoys an overwhelming majority in the 70-member Delhi assembly – the move created a charged political atmosphere.

AAP reacted strongly to the development, accusing Chief Election Commissioner A.K. Joti, who is due to demit office soon as he turns 65 on January 23, of acting on behalf of the Narendra Modi government at the Centre.

AAP spokesperson Saurabh Bharadwaj said a report on the 21 MLAs had been sent to the president of India, but there was no official information on it.

Bharadwaj also stated that the Delhi high court had noted that these MLAs were not parliamentary secretaries and wondered how an investigation by the EC was possible.

In August last year, the Delhi high court had refused to entertain the MLAs’ plea for staying the EC’s order, despite their appointment as parliamentary secretaries having been quashed in 2016. The high court had held that since the EC’s proceedings on whether the MLAs held an office of profit had not started, a stay could not be granted.

Subsequently, notices were served individually by the EC to all 20 AAP MLAs on September 28, 2017 and their replies were sought by October 16, along with written arguments and documentary evidence they wanted to submit. The EC had then stated that “it is in the interest of justice that every step should be taken to expedite these proceedings and in pursuance of the same you are requested to submit your detailed reply”.

However, AAP has said that despite adhering to these procedures, the EC has not heard its MLAs properly. Bharadwaj also accused the chief election commissioner of compromising the dignity of the institution.

Joti will be turning 65 on January 23, Bharadwaj said, and would, therefore, have to demit office. He added that the matter was heard by three persons, of whom two had distanced themselves from it.

Bharadwaj said that if an investigation is conducted anywhere in the world, the rules are spelt out first and those who are named as accused are also given a chance to explain, claiming that the EC had not given the AAP MLAs an opportunity to present their view.

Vouching for the honesty and integrity of his party MLAs, Bharadwaj said no one in their constituencies had ever seen them use a government vehicle or bungalow. Therefore, where was the question of their enjoying an office of profit? he said.

On the other side, Delhi Congress president Ajay Maken tweeted:

Kejriwal has no right to continue.

Half of his cabinet ministers removed on corruption charges!
20 MLAs who were enjoying ministerial perks would be disqualified!

Where is Lokpal?
The MLAs and Ministers enjoying perks of power and foreign travel-Where is political probity?

Maken was also a petitioner against AAP in the case before the EC. The original petition in the case had, however, been filed by a young lawyer, Prashant Patel. Maken had filed a subsequent appeal with the EC seeking disqualification of the AAP MLAs.

Patel had filed the petition before the president on June 19, 2015 after the AAP government sought to get legal sanction with retrospective effect for the appointment of parliamentary secretaries by amending the Delhi Members of Legislative Assembly (Removal of Disqualification) Act, 1997.

The constitutional procedure is that if there is any petition pertaining to an office of profit, that goes to the president, he or she checks Article 102 and 91 of the constitution and Section 15 of the National Capital Territory of Delhi Act 1991, and takes the opinion of the EC.

Bill was passed after appointment of parliamentary secretaries

In the meantime, on June 19, 2015 the AAP government in Delhi passed a Bill in support of the appointments. Patel had then said before the EC that the Bill had been passed unconstitutionally and had appealed to the president to use his rights to withhold the Bill, which the president did.

Thereafter, the EC started taking the views of all the parties concerned, including the petitioners and the MLAs.

A key difference between the Congress and AAP parliamentary secretaries was that while during Congress rule they were under the chief minister, the AAP government appointed them for ministers. Another problem with AAP appointments was that the Bill was passed after the appointments had been made. If, the Bill been passed first and the Centre’s approval taken on it, no problem would have arisen.

While AAP has maintained that the parliamentary secretaries were not given any monetary benefits or perks and so do not come under the definition of ‘office of profit’, the argument against the move was that profit is not merely money and can be given in many forms. Also, it was argued that by holding the office of principal secretary, an MLA becomes a part of the government, as they become attached to ministries or the executive. This, it was argued, is wrong, as they are part of the legislature.

The MLAs who have been impacted by the EC decision are:

It is now being said that the decision of the EC, if upheld by the president, would lead to disqualification of these MLAs and result in elections to these 20 seats in Delhi.