In Photos: While Trends Come in, AAP Workers Ready to Celebrate in Delhi

Outside the party's headquarters in Delhi, workers could be seen putting up banners and balloons, while watching the results on a large screen outside. 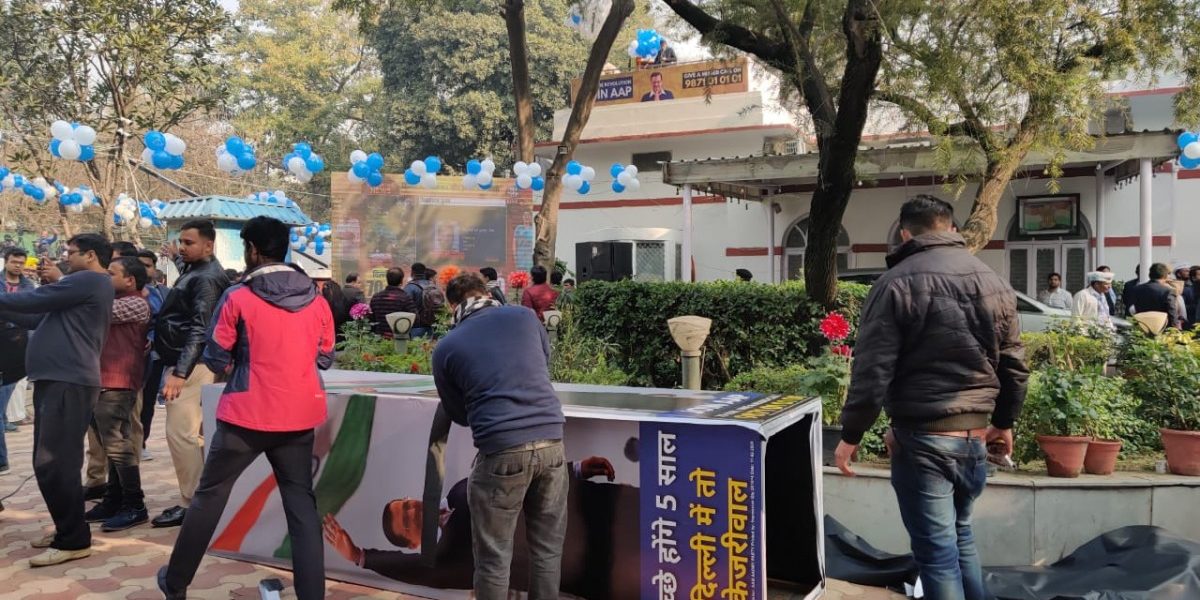 New Delhi: Aam Aadmi Party workers and supporters are all set to celebrate another Arvind Kejriwal chief ministership in Delhi, even though elections results are still coming in. According to the Election Commission, AAP is currently in the lead.

Outside the party’s headquarters in Delhi, workers could be seen putting up banners and posters, while watching the results on a large screen outside. Slogans of ‘Bharat Mata ki Jai‘ and ‘Arvind Kejriwal ki Jai‘ could be heard outside the office.

“This is a victory for India,” one supporter told The Wire. “Today’s chief minister is tomorrow’s prime minister.”

Others said that they voted for Kejriwal again because he had kept his promises. “He did what he said, that’s why we’ve come here in a group to support him,” a West Delhi voter told The Wire.

Kejriwal himself is contesting from the New Delhi constituency. He is currently in the lead. Both the BJP and the Congress fielded little-known candidates against him.

Women supporters were dancing outside the office while AAP’s campaign song played on loudspeakers. Taking a break, one of them said, “Achhe honge agle paanch saal (The next five years will be good).” 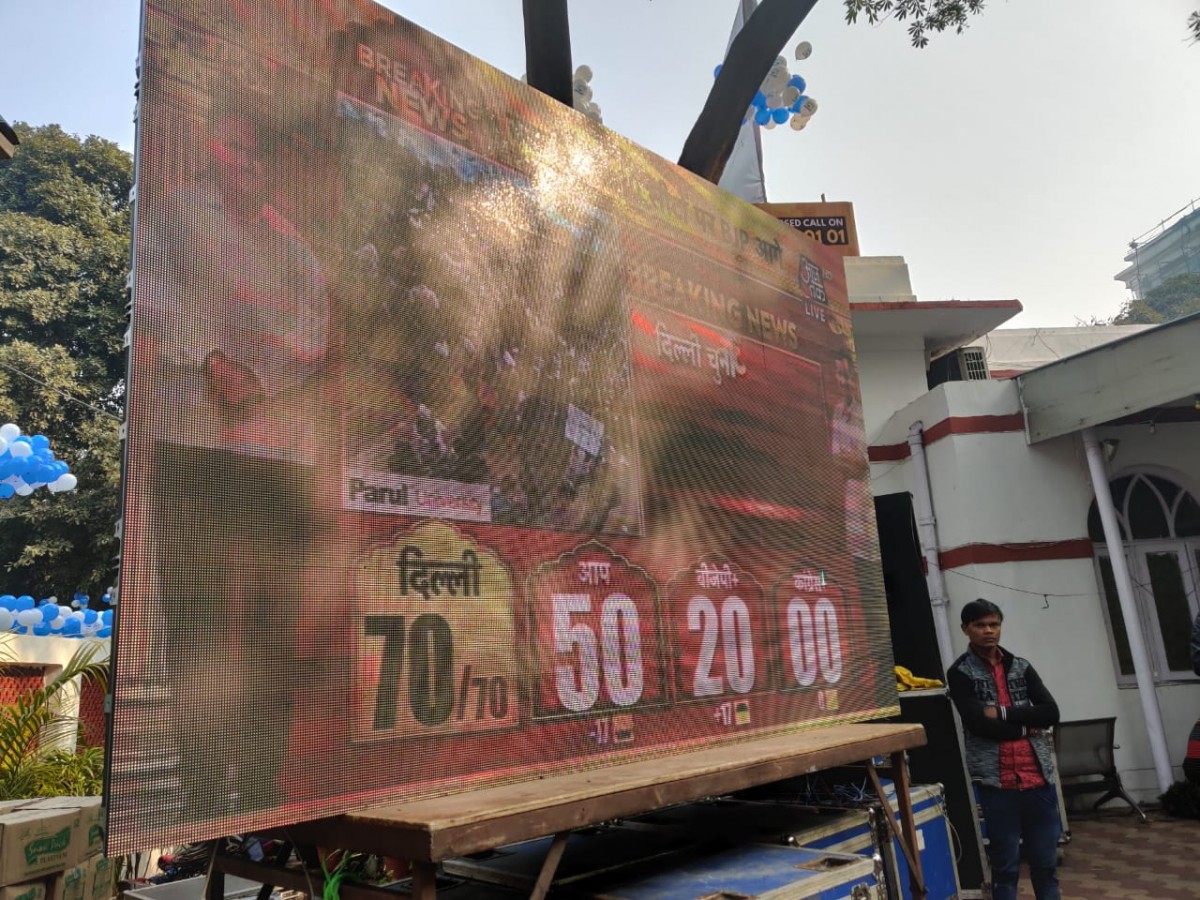 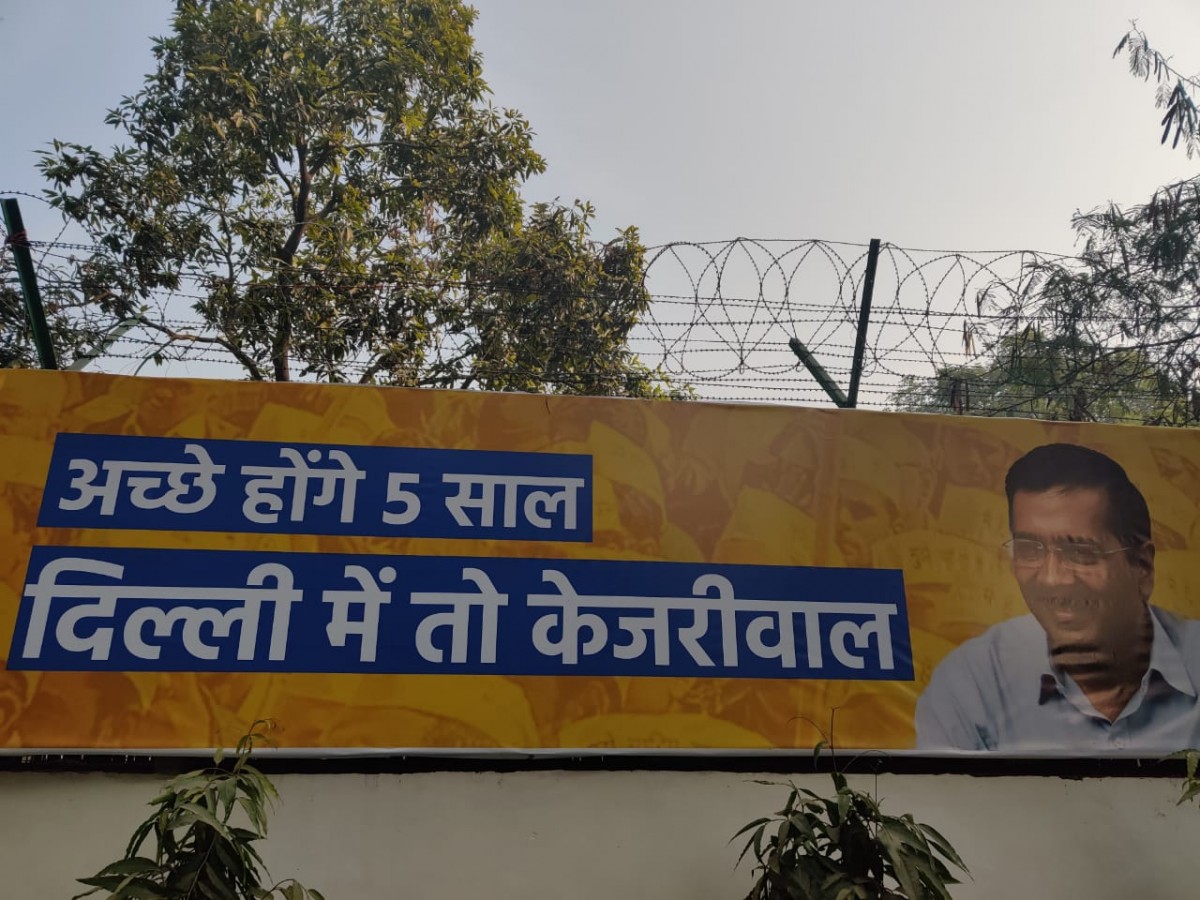 A banner outside the AAP office in Delhi. Photo: Sangeeta Barooah Pisharoty/The Wire 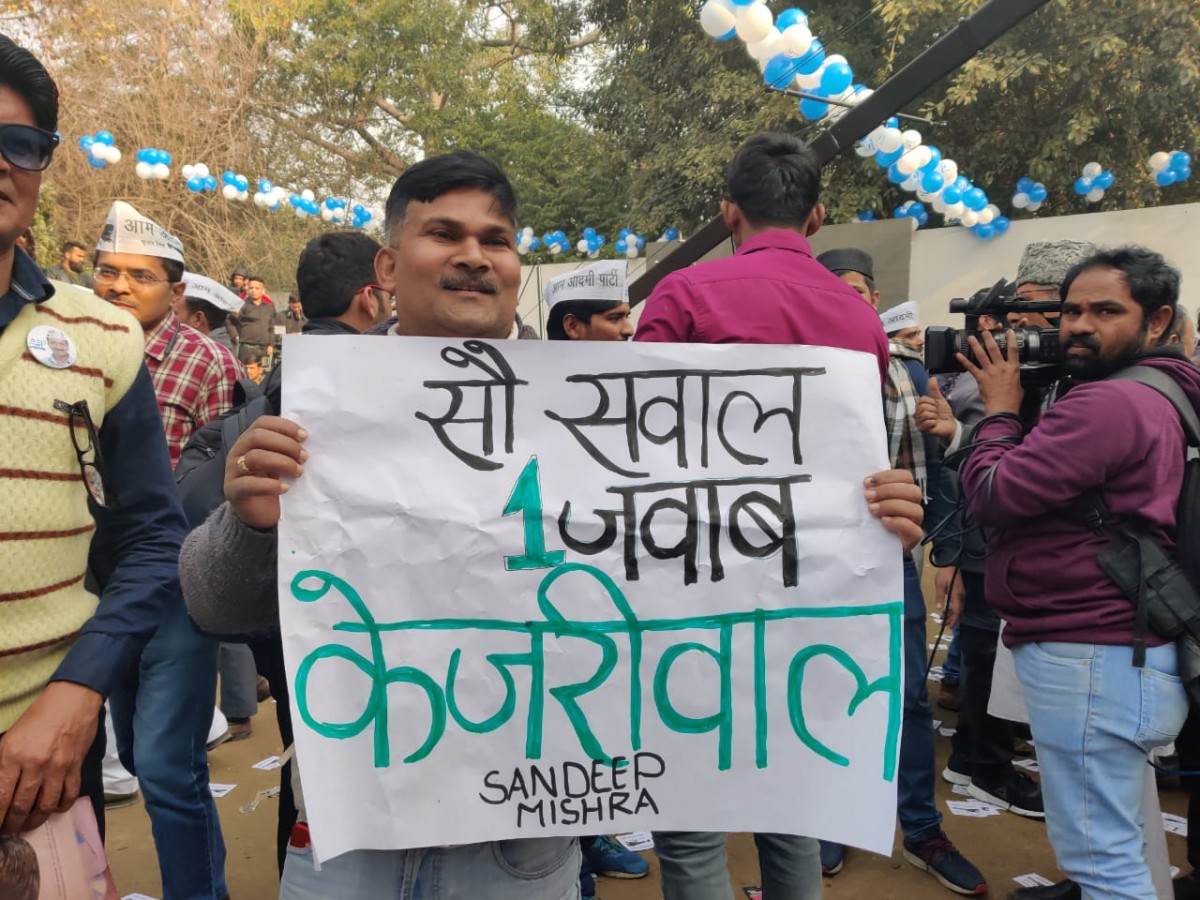