India may be a limping and flawed democracy, but it is one nevertheless. That means that Indian voters deserve to be heard. 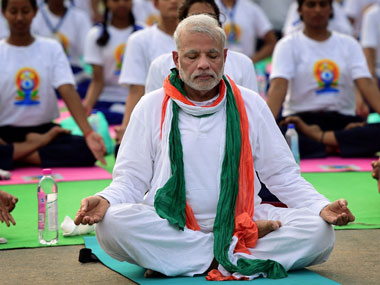 Prime Minister Narendra Modi faced parliament on Thursday. It’s not so much that he faced it, as he graced it. Like kings and monarchs do.

He came, he sat. He listened for exactly an hour and left.

He had promised to stay for all the 24 parliamentarians speeches and to respond to their questions. He didn’t.

Modi is in the habit of breaking promises. He disdains questions. In fact, he detests people who ask questions.

After all, we all saw him walk out of an interview on prime time, live, national television in 2012.

Aware of Modi’s dislike for interaction with peers of any kind, Indian parliamentarians tried to efface themselves as best they could, while still managing to stand and speak.

Former finance minister and prime minister Manmohan Singh called demonetisation: “organised loot and legalised plunder.” Singh is a scholar and a technocrat. He spoke harsh words softly. That’s his style. A style Modi is not bred to recognise.

The Trinamool Congress’s Derek O’Brien brought facts and figures to the table.

“This is not about an ATM inconvenience.”

Modi was unmoved. Modi is often unmoved when not thinking of himself.

O’Brien offered a specific solution. “Why don’t we allow old and new 500 notes to work in parallel for the time being?” he asked. He pleaded for a solution. Any solution.

Modi chose not to return to parliament at all, after lunch.

21 parliamentarians left to speak on that day, were left unheard. They represent the people of India. At the very least, they represent Indian voters. They were elected to parliament so their voices could be heard, asserted with pride, not humility. They were meant to make every vote count.

Through the looking glass

Instead, not long after parliament was adjourned abruptly, we heard a series of contrary and conflicting bits of newer measures.

On November 9, a cabinet minister had said of the cash crunch, in the style of Marie Antoinette : “Let them use cards.”

On November 24: hearing of long queues at banks and people dying of stress, Modi seems to have decided in the style of the Red Queen : “Off with the queues.” This despite promising on November 8 that old currency could be swapped at banks till the end of November.

A couple of hours later, came a minor reprieve. Perhaps a minister begged. Slipped in an order to sign. We will never know. All of these measures end on December 24.

None of these neat steps, however, address the simple fact that replacement currency is simply not in place. Simple mathematics and logic, it seems, are of no account here. Both reason and empathy, are officially dead in official India.

And then this morning came yet another announcement. Currency exchanges will happen, but only at (far fewer) RBI counters.

If this were merely a farce, one would poke fun at it.

But this is fantasy. This is so far down cloud-cuckoo land that it is difficult to describe. To any sane mind, Modi has gone too far down this path himself. And he’s inviting us to follow.

In Derek O’Brien’s words, this is “Lulu land.”

Law may be blind, justice is not

And yet, this is how the world works, when a lawyer handles finance, instead of an economist.

Much has been written on the possible illegality of this kind of demonetisation.

It was to get tested today in the Supreme Court, which chose to postpone the hearing till next Friday, December 2. That would be six days after the nation-wide all-opposition call for protest on November 28.

Modi could have used the opposition in parliament to extend the date of exchange. Perhaps by a month, or even by two. It would not have solved the problem, but it would have certainly eased things a little.

But he chose not to. Perhaps needed not to. Instead, he cracked the whip. From the November 8 declaration of allowing the exchange of notes till December 30, he cut it off at midnight.

The authoritarianism of this government is now beyond doubt.

But when 552 members of parliament cannot get themselves to agree decently, on behalf of 1.25 billion Indians, it is perhaps time to let them go. These 552 parliamentarians may survive on government-given plastic cards. Most Indians can’t. Not now. Perhaps not ever.

This Monday the opposition has called for a protest. As a first step, all Indian citizens should join in. Participatory democracy does not end by voting once in five years. Sometimes it needs more. We should join not because we belong to one party or another. But because we belong to a parliamentary democracy. We should give parliamentarians a chance to show that they are capable of working as a worthy opposition.

It is not enough that we share, argue, debate and pass snarky comments on Facebook, Twitter and WhatsApp. It’s great. But not enough. Because the thing is, if we can afford to be on social media – chances are we will survive the next year.

What we may not truly survive, is the part we did or did not play at this time. Ultimately, democracy is about standing up to be counted. Not sitting down to be liked.