A longtime chief of the RSS, Golwalkar was a firm believer that religious minorities would have to play second-class citizens in India. 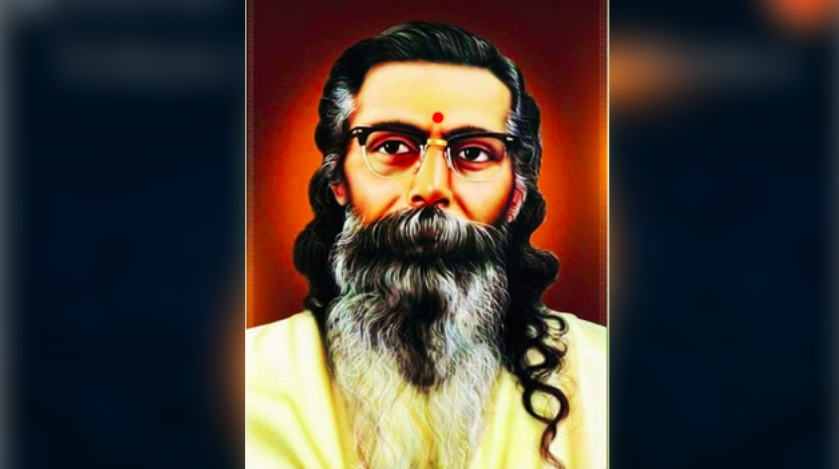 New Delhi: The Union Ministry of Culture, through its official Twitter handle on Friday, February 19, paid tribute to Hindutva ideologue M.S. Golwalkar on his birth anniversary.

The ministry called Golwalkar – one time head of the Rashtriya Swayamsevak Sangh – a “great thinker, scholar and remarkable leader” whose thoughts will guide generations. However, not many share this view. Golwalkar’s publicised views were thought to be largely against democracy, so much so that even RSS chief Mohan Bhagwat distanced himself from him in an outreach programme.

In 2006, the RSS itself disowned one of Golwalkar’s books.

Former culture secretary Jawhar Sircar wrote that he was ashamed to see Golwalkar praised falsely by the same ministry he once served.

Sircar said in his tweet that Golwalkar had been jailed by Sardar Patel, had opposed the national flag and Gandhi’s freedom struggle.

Along with V.D. Savarkar, Golwalkar was arrested for the assassination of Mahatma Gandhi. The two were released only because some of the witnesses who had deposed against them disappeared as the trial commenced.

Golwalkar’s thoughts fit straight into the Bharatiya Janata Party’s current agenda – a fact which goes some way into explaining the Ministry of Culture’s sudden celebration of him. 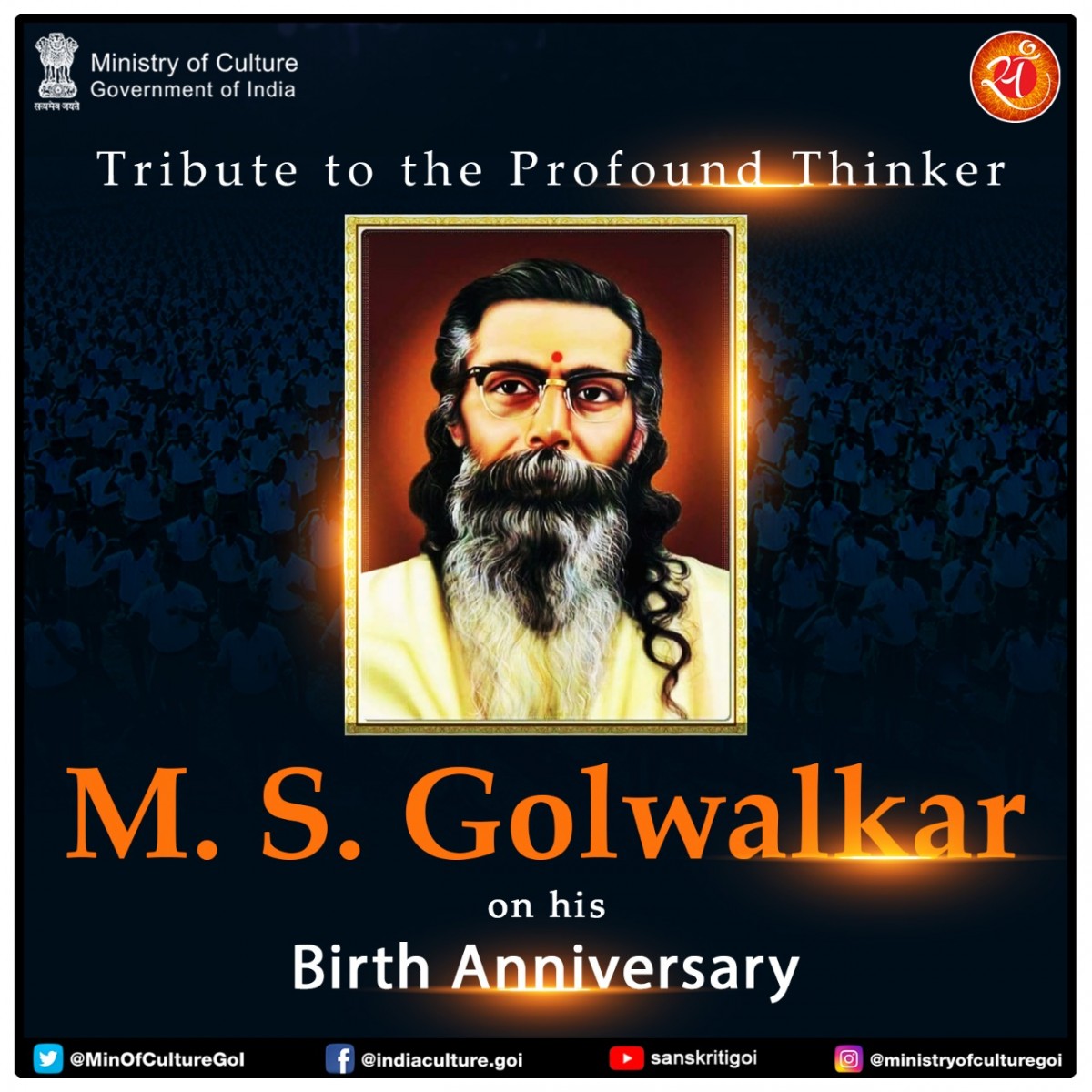 The poster that the ministry used with the tweet had a photograph of Golwalkar overlaid on a background image of a multitude, identifiable as RSS members, standing in position at what is clearly an RSS event.

The fact that the Narendra Modi government had conspicuously left out Muslims – always the target of the Sangh parivar – from the list of relief seekers in the Citizenship Amendment Act, is testament to its acceptance of Golwalkar’s politics.

Like Jinnah, he was a firm believer of the hypothesis that Muslims and Hindus cannot coexist, and was an avid votary of a separate Hindu Rashtra.

In We, or Our Nationhood Defined, Golwalkar categorically said that minorities should have no rights except as second-class citizens unless they accepted the culture of the Hindus. In his other book, Bunch of Thoughts, he said that there are three enemies of nationalism: Muslims, Christians and communists.

In other words, Golwalkar called for an exclusivist nationalism to be propagated, which had no space or scope for any form of alliance with any of these three groups.

Golwalkar, notably, is also known to have been an avid supporter of Adolf Hitler, and had said in Bunch of Thoughts that minorities in India should be treated in the way Hitler treated Jews. In We, or Our Nationhood Defined Golwalkar fleshes this out further:

“…To keep up the purity of the nation and its culture, Germany shocked the world by her purging the country of Semitic races – the Jews. National pride at its highest has been manifested here. Germany has also shown how well-nigh impossible it is for races and cultures, having differences going to the root, to be assimilated into one united whole, a good lesson for us in Hindustan to learn and profit by.”

In Bunch of Thoughts, Golwalkar also justifies the caste system:

“The feeling of inequality, of high and low, which has crept into the Varna system, is comparatively of recent origin. The perversion was given a further fillip by the scheming Britisher in line with his ‘divide and rule’ policy. But in its original form, the distinctions in that social order did not imply any discrimination such as big and small, high and low, among its constituents. On the other hand, the Gita tells us that the individual who does his assigned duties in life in a spirit of selfless service only worships God through such performance.”

The Manusmriti, the text which lays down the “rules” of varnasrama dharma, defines Golwalkar’s “assigned duties” as such:

Speaking to The Wire in 2017, political scientist Jyotirmaya Sharma, who authored a book on Golwalkar, had said that the latter’s vision was “terrifying because it has no place for modern democratic politics.”

“It is also terrifying because there is no place in it for compromise, conversation and disagreement. He thought he had seen the light. But he was not an original thinker,” Sharma had said.

Historian Ramachandra Guha wrote about Golwalkar in The Telegraph, noting his unique rejection of democracy.

“The long-serving RSS chief rejected democracy on the basis that it gave too much freedom to the individual,” Guha wrote.

He then elaborated on the resonances of this stance:

Narendra Modi may swear that the Indian Constitution is his only holy book, but his guruji, Golwalkar, believed that document to be deeply flawed and that it must be rejected or at least redrafted, since (as he put it in Bunch of Thoughts) “the framers of our present Constitution also were not firmly rooted in the conviction of our single homogeneous nationhood”. He was angry that India was constituted as a Union of states, for in his view the federal structure would sow “the seeds of national disintegration and defeat”. Golwalkar wanted the Centre to be all-powerful. Modi may now speak of the virtues of co-operative federalism, but his guru, Golwalkar, wrote of the need “to bury deep for good all talk of a federal structure of our country’s Constitution”.

“Let the Constitution,” he insisted, “be re-examined and re-drafted, so as to establish [a] Unitary form of Government.”