While the BJP has accused the Congress of using the pandemic to defame Modi and India, the Congress has disassociated itself from the 'toolkit' and said it is actually the handiwork of the BJP. 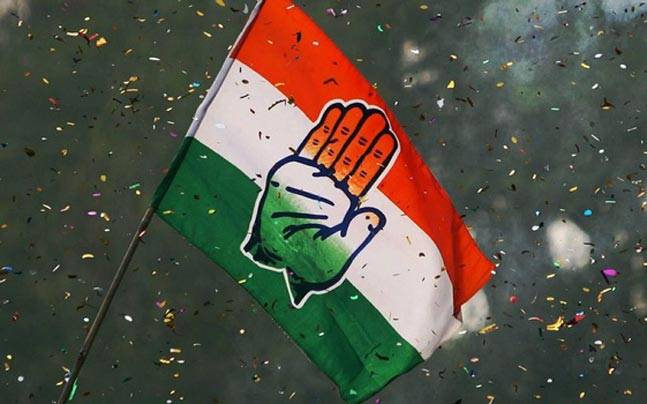 New Delhi: A political tug-of-war has begun between the ruling Bharatiya Janata Party (BJP) and Congress over a “toolkit” allegedly prepared by the latter. Many top BJP leaders, including Union ministers, tweeted four pages on Congress’s letter pad, which they said were part of a toolkit that carried content on how Congress leaders could use the Union government’s mishandling of the pandemic to “corner Narendra Modi”.

The saffron party alleged that the Congress, even in the midst of a deadly pandemic, wanted to tarnish the image of Prime Minister Narendra Modi and the country with the help of “foreign media” and “friendly media persons in India”.

The Congress, however, dissociated itself with the so-called “toolkit”, and alleged that the BJP was trying to mislead the nation by sharing a “fake” ensemble of pages which it claimed to be Congress’s toolkit.

Later in a press briefing, its leaders announced that the party was soon going to file an FIR against top BJP leaders, including its president J.P. Nadda, Union minister Smriti Irani, and spokesperson Sambit Patra – all of whom had shared the alleged toolkit on their social media handles – for indulging in a fraudulent act.

On May 18, Tuesday, afternoon, BJP leaders began sharing the alleged “toolkit” and attacked the Congress, which has been garnering praise from different quarters for its relief efforts during the second wave of the pandemic. Patra said that the opposition party’s relief efforts were a “public relations exercise with the help of friendly journalists and influencers rather than a soulful endeavour”.

Dividing society and spewing venom against others….Congress is a master at this. India is seeing Congress’ antics, while the nation is fighting COVID-19. I would urge Congress to go beyond ’Toolkit Models’ and do something constructive. #CongressToolkitExposed

Congress toolkit is true to pattern. Driven by hatred towards India, it wants to fuel confusion.
They first created doubt on vaccines, then want everyone to be vaccinated.
They highlighted shortages of oxygen & hospital beds then moved to Central Vista. #CongressToolkitExposed

When country was in the midst of a health crisis & every single unit of society from an individual to administration were rising up to the challenge , here was @INCIndia spreading fake , negative news & stirring up discontent . Disgusting . #CongressToolkitExposed pic.twitter.com/L5OWbIAvHN

Toolkits are not alien to the Congress and their eco-system. Infact, a substantial part of their energy goes into making them. Here is a toolkit on the Central Vista…they make one Toolkit of the other every week and when exposed, they “deny” it. #CongressToolkitExposed pic.twitter.com/fsR8VZUOov

My country, our country is at war with a virus. I can understand the opposition would want to attack the Govt. But to singularly commercialise it as a political opportunity & deal in death; I never imagined Congress was capable of such a low. #CongressToolkitExposed

For instance, the alleged toolkit says that it is important to keep the term “superspreader Kumbh” to blame Hindus for the pandemic. It also says that Congress workers remain silent on Eid gatherings but amplify the Kumbh congregation. Some of the directives say that the coronavirus should be referred to as “India strain” or “Modi strain” to highlight the failure of India and its government. Or, use terms like “missing” Amit Shah, “sidelined” Rajnath Singh, “quarantined” Jaishankar and “insensitive” Nirmala Sitharaman. It also asks Congress workers to collaborate with foreign media and friendly journalists to advance the campaign.

For any lay observer, the alleged toolkit appears to be a document of more value for the BJP than the Congress itself, allegedly the party which prepared it. The saffron party has attacked the Congress precisely on these grounds ever since the Narendra Modi cabinet has been on the receiving end of flak for poorly managing the second wave of the pandemic.

Immediately after the BJP leaders shared the alleged Congress’s toolkit on social media, the Congress claimed it was a fraudulent document, and that it would charge BJP leaders for forging the Congress letterhead to spread fake news with an intention to stoke communal disharmony and civil unrest.

BJP is propagating a fake “toolkit” on “COVID-19 mismanagement” & attributing it to AICC Research Department. We are filing an FIR for forgery against @jpnadda & @sambitswaraj
When our country is devastated by COVID, instead of providing relief, BJP shamelessly concocts forgeries

Ask yourself, over the past few weeks thousands of you received help from #SOSIYC when GOI was sleeping.

Our volunteers risked their lives to save your loved ones.

●Are you also part of fabricated BJP’s toolkit?

Hv we committed any crime by saving your lives?

Later at a press briefing, Congress spokesperson Pawan Khera shared the party’s complaint to the police and said that BJP was spreading fake news to divert attention from its own failures. “The BJP can stoop very low but let me tell its leaders that we are not afraid of Narendra Modi,” he said.

“This outrageous behaviour of the BJP we have taken up with the police authorities so far and we mean to take it further with authorities of platforms like Twitter, Facebook and Instagram. Now, basic point is that what these people have done is fraud and forgery and this is a crime, which needs to be taken up with the police and that is the agenda that we are pursuing right now,” Gowda told the press.

The complaint against BJP leaders by the head of Congress’ research team Rajeev Gowda and its social media head Rohan Gupta to the SHO, Tughlak Road police station, said, “The hidden agenda of this team of fraudsters (BJP leaders) was to divert the attention from the Modi government’s mammoth failure in providing necessary aid to the people of India, amidst the current pandemic.”