Myths, Rumours and Spectacles in India’s Fight Against COVID-19

When the fight against coronavirus looks and sounds like a Diwali celebration, we know that perhaps we have nothing left but hope. 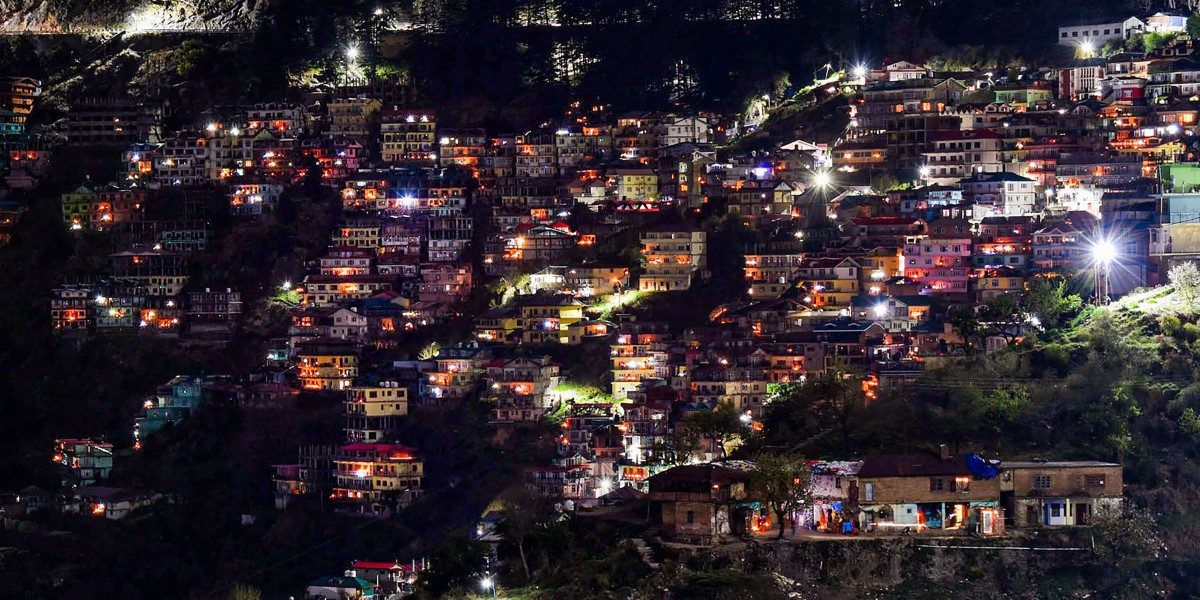 The act could have been named divine comedy, but it was not poetic. In fact, it was anti-poetic. Let’s call it India’s divine formula to defeat COVID-19. The play can be named Burning Corona Down.

It was April 5, 2020. As soon as the clock struck 9 pm, the nation that was locked down broke into a celebration with diyas, candles and fireworks. While TV anchors were in a festive mood, leaders were seen chanting mantras on channels. It was Diwali before Diwali. This time the celebration came before time. People greeted each other with ‘Happy Diwali’ shouts from balconies and in the streets.

The event showed the secular state has fully reached its mythical state. It has become what anthropologist Clifford Geerts has called ‘Negara’: the theatre state in its full sense. From warding off evils to dispelling the darkness, from lighting candles to banging the pans and pots, from calming the virus – “Corona shant ho jao, shant ho jao corona (Calm down, Corona)” – to driving away the demon – “Corona Go, Go Corona” – India’s response to COVID-19 is so far is not only unique, but most hilarious.

It seems India has resolved to fight the pandemic on cosmic, divine and mythical planes. Perhaps the divine nation does not believe in human intervention. As the world is witnessing this crisis, India, it would seem, has already won the battle. One could laugh or feel pity about such a response. But it’s truly amazing how the pandemic has made its way into a ritual of the auspicious and the inauspicious under the leadership of Prime Minister Narendra Modi.

There will be more responses unfolding in the days to come. It is a show in progress, in its proper sense. The show that is captivating more audience than any other show on the idiot box. In this show, citizens have been voluntarily surrendering and willingly participating in the ultimate act to unite the nation. One mega show happened on March 22. It was the time of the second show. It seems that if the lockdown continues and cases of COVID-19 pile up, more such shows are in the offing.

Modi’s Janata Curfew was a major success. The gesture was symbolic, the response was tremendous. From the balconies of big metropolis to small villages, people were seen banging their pots and pans while doctors and nurses kept banging their heads about the shortage of basic facilities in hospitals.

As soon as the spectacle was over, medical professionals and social workers were stone pelted and attacked in several parts of the country. Several of them have been continuously facing the wrath of landlords. We must be sure that the people who have attacked the doctors and thrown out the nurses and medical staff from their houses also participated in the rituals of banging pots and pans with the nation. The attacks exposed the emptied nature of the gesture.

People loved the spectacle because it neither asks you to reveal your beliefs nor conviction towards the act. It has nothing to do with the affirmation or the authenticity of the concerns at hand. Rather, it can be argued that spectacle has completed its colonisation of social and political life. These rituals serve various purposes – except what they claim to stand for.

Unlike traditional rituals, in which certain morals and beliefs are embodied, the new rituals are primarily instrumental in nature. They are pure performances. It is the psychology of the spectacle that really holds the key against any concrete plan in response to the crisis. There is no doubt that several countries have failed to tackle the crisis, but the uniqueness of India’s response lies in the fact that it celebrates its failed system in such a ceremonial way that no one asks about the failing of the system. But they desire to participate in the celebration.

India’s response to COVID-19 is full of myths, rumours and spectacles. Most importantly, the state and leadership has played an active role in proliferating these narratives to hide the weakness of broken health systems. The telecast of Ramayana in the time of COVID-19 can be seen as an extension of this logic. So far, they have been extremely successful in mobilising the community on false promises. As the country failed to provide protection measures for their frontline staff, warding off the evils became the protective measure.

The spectacular event of March 22 reminded me of the similar ritual during Diwali in some parts of north India. In the particular ritual, women would bang bamboo with a stick in the early morning to drive away daridra (misfortune and evil forces). They would go to every nook and corner of the house where the daridra might be hiding. In another sequence of the ritual, the male member of the house would light up mashals (torches) to drive away the evils forces.  Diyas and candles will be lit; darkness will be dispelled and the house purified for a year.

Also read: As India Faces One of its Toughest Challenges, Who Holds the Reins?

Modi has been exploiting existing cultural resources and people’s psyche. While the crisis is human, Modi has offered a divine and cosmic solution. His languages are the languages of epics and mythology. One could blame the people for taking this message from him, but the intent of the speech is just that. As Sunil Kashyap quotes one community member as saying, “All the Nakshatras’” – the phases of the moon – “‘have deteriorated due to the solar eclipse and all this is the wrath of Saturn.”

One cannot blame rural and traditional societies for the success of such beliefs – the most effective response has come from the upper and middle classes, who saw the spectacle as a new mantra of life and death. They have supported the banality of power which seeks their obedience as responsible citizens. As soon as Modi posted his video message last week, I received a WhatsApp message explaining the prime minister’s numerology behind “the power of nine”.

Let’s hope the world recovers from the crisis brought by COVID-19. Hope the lockdown ends and free movement begins. Hope we hug each other, shake hands and walk in the streets again. Let’s hope the best for our doctors, nurses and cleaning staff, made to surrender their lives in the service of humanity without proper protection gear and medicine. Let’s hope that virus has some karuna on the impoverished people. As the government and the system looks to be failing, we can just hope. Hope we survive the failed system.