What the COVID-19 Crisis Means for the BJP and Opposition

The Centre's management of the health crisis has invited criticism, but is the opposition in a position to expose cracks in the BJP? 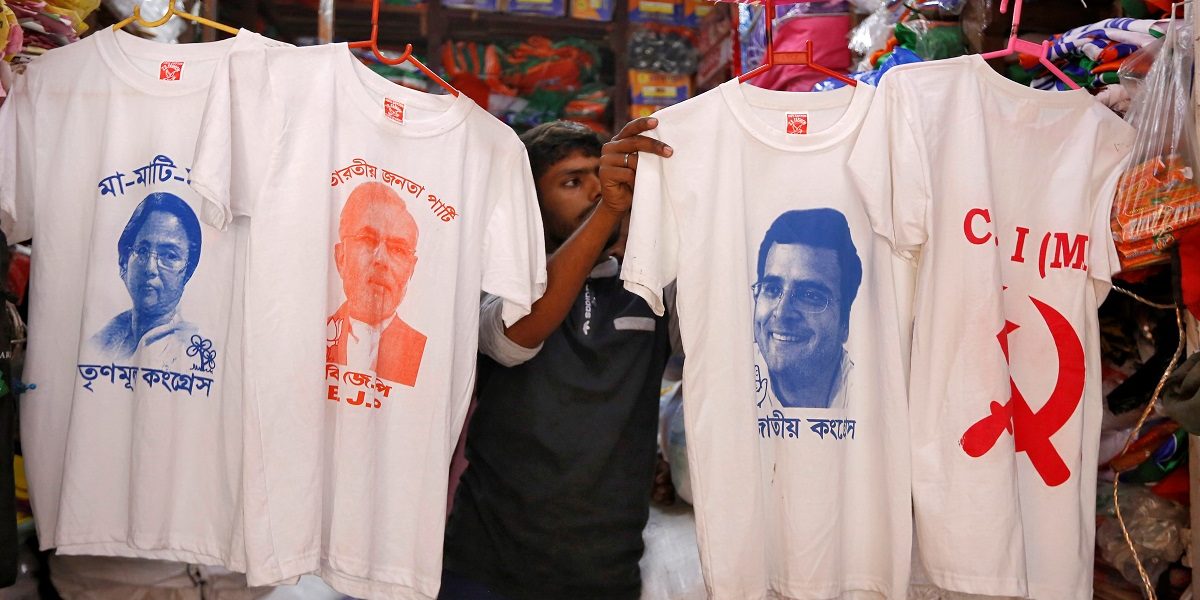 The content and tone of Prime Minister Narendra Modi’s latest address to the nation were full of contradictory messages. He tried to sound like a statesman, by reminding the people about India’s mythology. Bharat’s contribution to yoga and solar power was foregrounded, he exhorted us to become atmanirbhar and to be vocal for local. He garnished all this with the announcement of a staggering Rs 20 lakh crore package.

Yet his speech left many wondering why he did not mention the migrant worker crisis. He spoke about the ‘demographic dividend’ when lakhs of poor are helplessly walking on Indian roads. Modi spoke soon after 16 migrants were crushed by a train near Aurangabad and in the backdrop of other sufferings that are being revealed daily: a pregnant woman being wheeled on a makeshift cart, migrants clashing with the police and more recently, the death of 24 people in a truck accident in UP.

Some other developments also indicate that Modi has been uncharacteristically indecisive and directionless. And in this process, the opposition is getting the attention, much to the chagrin of BJP supporters. But the big question is whether the opposition will be able to utilise the opportunity.

Cracks in the BJP

First, the chief ministers of the opposition-ruled states have been praised for their administrative skills and compassion. Pinyari Vijayan, Udhav Thackrey, Arvind Kejriwal and others have scored a major political victory over the BJP and NDA ruled states, which are chaotic and give contradictory orders.

Second, Sonia Gandhi’s announcement that the Congress will bear the costs of train tickets of the migrants and Rahul Gandhi’s measured press conferences and interactions with leading economists, along with him reaching out to the migrants in Delhi, have caught public attention and rattled the BJP.

Former Congress president Rahul Gandhi interacts with migrant labourers who were walking on the Sukhdev Vihar flyover to reach their native places, amid ongoing COVID-19 lockdown, in New Delhi, Saturday, May 16, 2020. Photo: PTI

And third, for the first time, a section of the media seen as being partial to the BJP has been challenged for its relentless spewing of communal venom. The opposition parties have gone on the aggressive, filing cases against three prominent anchors of leading TV channels.

But can the opposition parties exploit these opportunities provided by Modi? It appears unlikely. Let us examine why.

First, the opposition is devoid of ideology and a programme with which people can relate to in their everyday life. The poor identify with Modi because he offers them an ideological package comprising of aggressive nationalism and Hindutva, accompanied by and welfare policies, which I will call ‘socialism plus’.

Also Read: Politics as Usual Must Continue at This Time

The opposition’s “secularism” is too abstract, something even political parties do not seem to be able to grapple fully. The opposition was absent during the anti-Citizenship (Amendment) Act (CAA) protests, violence in Delhi and the recent villainisation of the Tablighi Jamaat. Instead of making their stand clear, they sublet their secularism to civil rights groups and NGOs. These parties seem to take minority voters for granted, and they give credibility to the appeal of the BJP’s Hindutva by reciting Hanuman Chalisa and paying visits to temples during elections.

The opposition’s left of centre welfarism has been punctured by Modi’s socialism plus rhetoric. Many of the UPA’s flagship programmes such as the NREGA, RTI and Forest Rights Act – though well-intentioned – were either ridden with corruption or have been sabotaged by the government-business nexus.  The UPA is also guilty of drafting the draconian Unlawful Activities (Prevention) Act (UAPA), something BJP never tires to remind the people about.

Modi’s socialism plus rhetoric has his personal touch. It comprises of direct transfer of cash into Ja Dhan accounts, providing utilities like gas cylinders and cash for toilets and housing. It is more tangible in its outreach and he regularly reminds people about it through aggressive advertising.

The second issue is that most opposition parties are largely dominated by either dynasties or are led by charismatic individuals who are the party in their own right.

The mass appeal of dynasts is limited to their lineage, caste groups and the regions that they represent. Prominent examples are Rahul and Sonia Gandhi, Akhilesh Yadav and Tejashwi Yadav, Uddhav Thackeray, M.K. Stalin, Y.S. Jaganmohan Reddy. Most of these leaders are second-generation politicians who have gained prominence without having to emerge from the grassroots, unlike their predecessors.

Leaders like Mulayam Singh, Lalu Prasad Yadav, M. Karunanidhi and Bal Thackeray were products of grassroots politics. They were successful because they had built their political parties by practising street politics and were infused with organisational skills. Most second-generation leaders depend on the political legacy that they inherited from their predecessors. They conduct their politics from the comfort of their homes and their organisations are filled with sycophants. There are family feuds over political succession, money and power.

This is not to say that the opposition does not have any self-made leaders. Arvind Kejriwal, Mamta Banerjee and K. Chandrashekhar Rao are few examples of leaders who have built their party the hard way. In their own ways, they are products of agitational politics. But their parties revolve around their personality cults. They are autocratic and insecure. Their ideology is to remain in power at all cost.

Among the opposition, the only party that stands out is the left. In Kerela, it has demonstrated that an ideologically committed, strong grassroots organisation and leadership can manage a crisis like the COVID-19 effectively. But the left is dogmatic about its ideology and its space is rapidly shrinking, the reasons for which I will not delve into now.

How to challenge the BJP

To meaningfully challenge the BJP, beginning with the small opening provided by its mismanagement of COVID-19, the opposition must acknowledge the following.

It needs to recognise and take heart from the fact that around 55% of people voted against the NDA in the last general elections. To capture this large sentiment and convert it into votes, they have to offer an alternative political paradigm to the BJP.

A political paradigm that takes into account matters that govern peoples daily life like culture, religion and gender but one which can challenge Hindutva. They have to coherently offer tangible policies to all sections of society like informal labour, farmers, traders, students and the business community that can challenge Modi’s ‘socialism plus’ economics. These programmes should not be driven by the instrumentality of winning elections. They should build long-term alliances based on a broad ideological programme, one that is tangible and connects with the everyday life of people.

Prime Minister Narendra Modi address the Vijay Sankalp Rally in support of the east Delhi ahead of the upcoming polls, at Karkardooma, February 3, 2020. Photo: PTI/Manvender Vashist

The opposition leaders must lead from the front and give up the comfort of social media activism. They need to get back to conventional forms of politics that involve mass contact programmes and agitational politics that will bring them face-to-face with the people.

To challenge the BJP, they have to patiently and selflessly work like the RSS. They need to combine ideology with practice, that is what RSS did diligently for nearly 70 years before the BJP managed to get a foothold in national politics.

The opposition must be convinced that a patient, committed programme will have rich electoral dividends. This is the only way forward.