Coronavirus, the Latest Excuse for PSYOPS in India

The first major PSYOPS of the Modi government was demonetisation. The second is the COVID-19 lockdown. 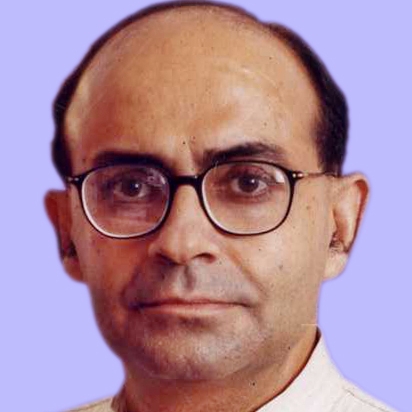 Psychological operations (PSYOPS) are operations to influence the total persona of a target – emotions, motives, reasoning and behaviour. In this case, it is the 1.3 billion people of India.

In India, for PSYOPS to succeed, they have to delve deep into the psyche of the Indian public with its inherent divisions and divides.  The strategies of PSYOPS are devised after digging deep into the values, beliefs, likes, dislikes, strengths, weaknesses, vulnerabilities and susceptibilities of the public and all its parts. Use and abuse of all divisive variables of religion, caste, creed, gender and poor-rich and urban-rural divide are done with of course supreme weightage being given to the religious majoritarian element. All demographic details are naturally thrown in to make it a volatile cocktail.

In India, each PSYOPS can be seen in the context of the leader fighting a presidential election outside of the constitutional parameters. After having virtually superimposed a presidential system on the body politic no heed is paid to the Parliament of India or the tenets of parliamentary democracy or the fundamentals of separation of powers or the basic structure of Indian federalism as a union of states.

The success of PSYOPS depends on some key factors. First is motivation. If the public can be made to feel that the leader’s  ‘motivation’ is the same as that of themselves, the key to success is in the leader’s pocket. Second is ‘awe and shock’. The action must come without any notice whatsoever to create shock and awe for the leader in the public mind. Third, it must set forth a process of ‘transference’. The process of transference begins to take shape in a make-belief ‘therapeutic setting’ between the leader and the public and the process embraces much more as it progresses over time in a non-linear trajectory to the next operation. Fourth, the operation should capture the ‘hearts and minds’ of the public.

To do this, it employs media to influence the emotions or behaviour of the public. It ‘weaponises‘ information through embedded journalists, co-opted TV anchors, compromised news agencies and especially social media. Social media in its WhatsApp avatar manufactures spins, twists and swings and all these turns are part of a grand design (in a telephonic recording a nurse in Mumbai after interacting with the PM hails him as devata or god). Social media troll brigades take care to intimidate the recalcitrant few. Also, PSYOPS has a safety net. If the PSYOPS fails for some reason, an easy escape route is found for the leader by letting loose a blame game and finding a scapegoat.

During the PSYOPS and in the interregnum between operations, divisive symbols and motifs are used profusely. Use of Hindu religious lexicon and motifs (Laxman Rekha, Ram Baan, jagaran) and mythology (Mahabharata)  to put forth a lockdown on the nation; caste rituals (Brahmanical idiom – number 5 and 9; Tuesday – an auspicious day is chosen for the announcement of demonetisation and lockdown); use of astrology (number 9);  poor tea boy transcends his poverty (monogrammed suit); dehumanization of the other (recognition by dress); turning a deaf ear and blind eye (lynchings of Muslims and Dalits and molestation and rape of girls by party apparatchiks).

The first major PSYOPS of the Modi government was demonetisation. In the public mind, the fight against black money was converted into the decree for demonetisation. On Tuesday, November 8, 2016, at 8 pm Prime Minister Narendra Modi in a broadcast to the nation struck the public with awe and shock – that from midnight (four hours later) Rs 500 and Rs 1,000 currency notes would cease to be legal tender. The measure, in typical bureaucratese, was said to be necessary to maintain economic integrity against corruption, black money and terrorism. It sought to capture all the four keys to the success of PSYOPS.

Obviously, the decree had failed to remove black money from the economy. At the same time, it had caused havoc and disruption of the economy. No one had been consulted. Not the top economists, not the central bankers.  There was no proper planning for such a gigantic measure and the implementation was haywire. The poor suffered the most and the migrant workers were the worst affected. It impacted the country’s industrial production and GDP adversely. A Reserve Bank of India report of 2018 points out that approximately 99.3% of the demonetised banknotes (Rs 15.30 lakh crore of the Rs15.41 lakh crore that had been demonetised), were deposited with the banking system.  Yet the PSYOPS had succeeded.  The leader could do no wrong. The process of transference was successful. So also the capture of the hearts and minds of the public. Despite the overreaching criticism of demonetisation (not overlooking a combination of other mitigating factors), Modi won the 2019 General Election.

The second major PSYOPS of the Modi government was the COVID-19 lockdown. Again on a Tuesday, March 24, 2020, at 8.00 pm, Modi in a broadcast to the nation struck the public with awe and shock – that from midnight (four hours later) the whole country would go into a 21-day lockdown.

But this PSYOP had a trailer. On19 March, Modi had asked the public to observe a 14 hours ‘Janta curfew’ on Sunday, March 22 from 7 am to 9 pm, saying no citizen, barring those in essential services, should get out of the house. He had also called upon the public to thank doctors and all medical personnel for their service to tackle the coronavirus outbreak, during the ‘Janta curfew’ at 5.00 pm by collectively clapping, ringing bells, clanging thalis, standing at balconies, windows or doors for 5 minutes.

On 3 April, Modi issued a video message to the public that on Sunday 5 April at 9.00 pm the public should turn off all the lights and light a diya or candle or mobile torchlight at the door or balcony for 9 minutes to demonstrate solidarity and a collective resolve to fight the challenge posed by the COVID-19 pandemic. This is not another curated photo-op of the PM but has to be viewed as an integral part of the PSYOPS – part of the transference process. The imagery of the public like the leader, in control, holding millions of lights together, pushing the virus out of the country, is overpowering and gets embedded subliminally in the nation’s psyche.

The PM held video conferences with top honchos of media houses over two consecutive days on 23 and 24 March wherein he emphasised the importance of positive stories in combating COVID-19. A PM’s tweet on 28 March followed by a government ordinance on 31 March launched the Prime Minister’s Citizen Assistance and Relief in Emergency Situations Fund (‘PM CARES Fund’) to be the repository of public funds for the fight against COVID-19 pandemic in place of the  Prime Minister’s National Relief Fund (PMNRF). Both these are to be seen as part of this PSYOPS. The media interaction as an attempt to capture the ‘hearts and minds’ via the media and the creation of the new fund as another example of ‘transference’.

The jury is still out, but early signs indicate the 21 day-lockdown (like demonetisation) was done without proper planning and its implementation was done very poorly. A magician can wave his wand but to manage a country of  India’s size and sub-continental dimensions needs all hands on the deck. But, here again, consultations were given short shrift. Most of all, the CMs were not taken on board.

Amazingly, even the steel frame had not either thought out the blueprint thoroughly or it was overruled. The short supply of test kits, unavailability of personal protective equipment (PPE) and N99 masks for the medical personnel is catastrophic. The massive push and exodus of migrant labourers to their native places had not been visualised.  Rogue cops with lathis ruled the roost. No emergency relief plan invoked for the states to distribute foodgrain for the hard-hit poor from the huge stocks held by the Food Corporation of India.

How could social distancing be practised in claustrophobic dwellings in slums? Where was the alternative infrastructure to enforce social distancing? How could a hotspot be prevented from developing in India’s largest slum – Dharavi in Mumbai? In the initial days itself, the supply chain of essentials went out of control. Two-way trips of truckers became unviable. One way the trucks carried essentials but return trips were empty. In turn, traders jacked up prices. Farmers across the country will continue to suffer the most. The crops are waiting for harvest. Vegetables and fruits rot as they are not able to reach the markets in time. Tea estates are in a grave crisis – even if work restarts on the estates on April 15, the entire crop of April has been lost. Estimates put the total loss for the tea industry at close to Rs 1500 crore. The informal sector with 93% of the workforce shall be severely affected. The Indian economy is most likely to go for a tailspin.

Whether the 21 day-lockdown will limit the COVID-19 pandemic to ‘local transmission’ and finally help flatten the coronavirus curve, only time will tell. But Modi’s second PSYOPS is not yet over and yet it has already succeeded through the transference process. If things do not work out and the Indian economy goes for a toss and the creation of the $5 trillion economy gets a big question mark,  a scapegoat has already been found. It is the COVID-19 pandemic.