Could We Have Done More to Stop the Spread of the Coronavirus?

Why did the government not begin preparations when reports on cases of the spread of COVID-19 and deaths in China were pouring in?

A man walks on a deserted road during a government-imposed nationwide lockdown as a preventive measure against the coronavirus pandemic, in Jalandhar, Saturday, April 11, 2020. Photo: PTI 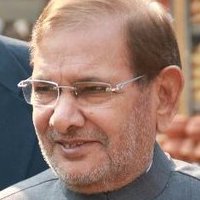 India has seen many ups and downs since Independence. I have been witness to some of those, but I have never seen a crisis of the scale induced by the current pandemic in my lifetime.  The country was already facing an economic slowdown and unemployment was at its highest in the last 45 years, especially after demonetisation and hurried implementation of GST.  Now the country is facing the deadly coronavirus pandemic and has been forced to suffer because this government has chosen to prioritise politics over human lives.

India could have been saved from this drastic situation had the Modi government taken the kind of measures that smaller countries like South Korea and Taiwan had taken. The question now being asked is – why did the government not begin preparations in the month of December 2019 itself when reports on cases of the spread of COVID-19 and deaths in China were pouring in? The answer is obvious – the Modi administration was busy with ‘Namaste Trump’ in February and then planning the overthrow of the Congress government in Madhya Pradesh in late March.

There was enough time for us to prepare ourselves between January and March but we lost that opportunity. The first case of the coronavirus was detected in India on January 30 and the first death took place in early March.

On March 24, the Prime Minister announced a complete lockdown. It was done without any notice and it was absolutely unplanned and resulted in chaos everywhere. Before the announcement, no homework was done about the possible impact of the lockdown on the migrant labour force, daily workers and others who earn daily wages. It resulted in an unbearable situation for poor workers who suddenly had no means to sustain their livelihoods. Those who lived with five or six people in one small room cannot maintain social distancing. Not surprisingly, many of them left for their native villages far away and faced police action on their journeys home.

Also read: It’s Time to Recognise that Govt Plans Are Oblivious to the Realities of Care Workers

The disease entered the country through travellers who came from abroad and the rich, but it was the poor workers who suffered. Since the lockdown was unplanned and implemented without any prior notice, all this was bound to happen. Some of the states initially refused to arrange for travel for the workers and students who were stranded in regions across the country, but later agreed. Confusion still abounds as the Bihar government has still not agreed to bring its workers and students back. There needs to be one impartial policy for all states.

The workers and students, naturally, feel discriminated against – it has been now announced that they will be sent back by special trains and buses. As I had suggested, their travel can be arranged by restricting the number of students or workers in a coach or a bus—I have suggested this in my tweets.

Had the government initiated preparations right in December 2019 or even in January, doctors, nursing staff and ward boys would not have had to work without PPEs, testing kits and other protective material. My salute to them for having taken up the challenge without any of this; they have been doing their best possible to save the lives of our people. In spite of putting their lives at risk, health workers in several places have been attacked and our doctors have been spat on and chased away from homes.

There are stories of patients directing abusive and vulgar language towards female nurses. Some doctors and their families have been ostracised by their neighbours because they have been exposed to patients infected with COVID-19. Similarly, police personnel have also been working day and night to keep people indoors. The families of medical staff members and policemen may be worried, but still, they set out to do their job. Policemen and women have even been handing out food to stranded people.

I recognise that this is not the time for pointing fingers and but rather for supplementing the efforts made by every citizen of out country. However, these are the hard facts which have become a part of history and therefore cannot be ignored. There is no harm in remembering two lines of the ‘Balkand’ of Ramcharit Manas of Tulsidas ji:

This government has been talking about a five trillion dollar economy in the country. But in the present circumstances, cutting the Dearness Allowances of government employees and pensioners including army personnel is not at all justified. Similarly, there is a need for a handsome financial package for industries to be developed.

The migrant workers who have gone back should also be asked to come back and start working again. India’s healthcare system is grossly inadequate and needs quality infrastructure and manpower. What the COVID-19 crisis has done is to bring about a sense of urgency to fix it. If the virus can wreak havoc in developed countries with far superior healthcare, India is surely sitting on a time bomb. Since we are now learning a lesson, it is expected that the government will strengthen the health and education sectors.

The economy is going to suffer, that is much is known – some experts are saying that GDP growth will be done 0.9%.  During the lockdown period, the government should prepare a plan to encourage economic activities in such a manner that more industries are established in the country and its dependence, especially on China, is minimised to the extent possible. There should be a plan to incentivise international companies which want to shift their businesses out of China.

Reports suggest that there is no uniformity in enforcing the lockdown for some establishments and it varies from state to state.  This has prompted fear among citizens. In my opinion, while keeping a strict vigil on the hotspots, barring places wherever possible, the lockdown can be lifted. I wish all the countrymen a safe, healthy and peaceful life ahead.

Sharad Yadav is a former Rajya Sabha and Lok Sabha MP. He was also the national president of the Janata Dal.