On Coronavirus, Naveen Patnaik's Suggestions Needed to Be Acted Upon Nationally

The Odisha CM believes the country had already reached the third stage of transmission and told the prime minister during a video conference that the virus had already started infecting people throughout the community.

The rapid rise in the number of cases that have tested positive for the coronavirus in India spells a public health disaster of unimaginable proportions for the country. Even though Odisha has so far confirmed two positive cases and no fatalities, the state’s chief minister Naveen Patnaik led the country in declaring it a disaster as per the National Disaster Management Act. Next day, the government of India declared it to be a notified disaster.

Described by the World Health Organisation (WHO) as a global pandemic, the menace posed by the coronavirus  reminds us of the dire warning by Joshua Lederberg, the 1958 Nobel prize winner in medicine. He had warned saying, “Viruses pose the single biggest threat to man’s continued dominance on this planet.”

The grave danger posed by the coronavirus to humanity and human civilisation was best expressed by Naveen Patnaik in his statement in the state assembly when he said, “Very few times in the history of the world have human beings as a race faced challenges beyond their comprehension. With advances in science, this phenomenon has become a rarity. However, the last 45 days have seen human beings as a race facing one of the biggest challenges of the century”.

It is in this grave context that Patnaik, during the prime minister’s video conference with state chief ministers on March 20, 2020, made a  few suggestions which assume significance for India and merit serious consideration and urgent action.

Patnaik’s first suggestion was that urgent steps be taken by the Union government to scale up testing facilities – both in private and public institutions – for the detection of COVID-19 and such facilities should be made free of cost so that they are accessible to people – in tune with the WHO chief”s message calling for more and more testing to identify and isolate those infected by the virus. In India, testing facilities are available at less than a hundred centres. These are highly inadequate in proportion to the population and given the easy vulnerability of people to the deadly virus. It is against such a backdrop that Patnaik’s suggestion assumes critical significance.

Also read: Coronavirus: How Is Odisha Preparing Itself?

In South Korea, widespread tests were conducted and infected people were identified and necessary steps were taken to successfully deal with the impending danger. It has been suggested that the Indian government obtain test kits from South Korea and make necessary arrangements to ensure people’s access to such test kits free of cost. Such a measure combined with the Patnaik’s suggestion would enable India to trace, test, isolate and treat people infected by the coronavirus and defeat the danger posed by the virus. Dr Ramanan Laxminarayan, director of the Washington-based Center for Disease Dynamics, Economics and Policy, in an interview to Karan Thapar had also suggested that India needed to sharply scale up it’s testing and test 10.000 people every day against the meagre 11,500 tests undertaken by March 17, 2020.

He also pointed out that the country had already reached the third stage of transmission and asserted that the virus had already started infecting people throughout the community. He then cautioned that the number of those infected could be in tens and thousands and maintained that he could comprehend this point in the context of India thanks to computer modelling and the experiences of the seriously affected countries of Europe. 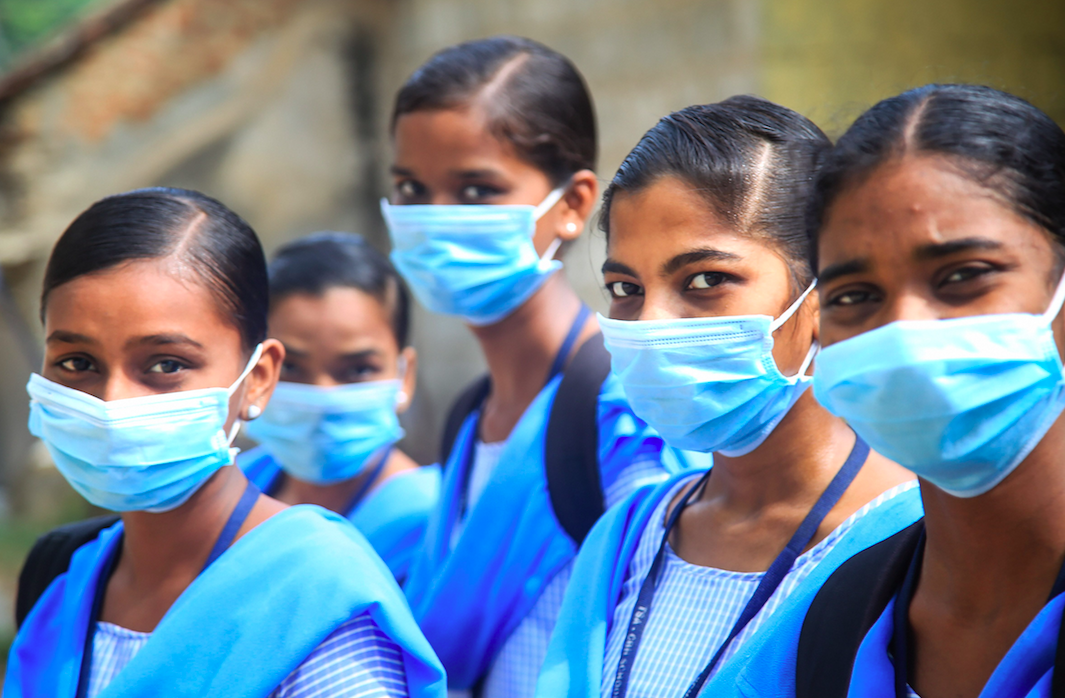 Students wearing maks in the wake of coronavirus pandemic pose for a photograph at Nagercoil in Kanyakumari district. Photo: PTI

The Economist in its March 19, 2020 issue, in an article on COVID-19, mentioned Europe’s low levels of testing and said, “After a dismally slow start to testing, the numbers are finally heading up—although the best estimates come not from public-health agencies, but volunteer trackers using a Google sheet—to an estimated 12,535 tests conducted on March 17th. Given the expected scope of the disease, and the reported obstacles to people with symptoms actually getting tested, much more will be needed”.

Juxtaposing Naveen Patnaik’s suggestion to the PM on increased facilities for testing with Dr Laxminarayan’s remarks and the observations made by the Economist we can comprehend the enormous significance of Patnaik’s recommendation to battle the threat from the coronavirus.

Also read: Why You Must Act Now to Stop the Coronavirus’s Spread

The second significant suggestion from Patnaik was that protective gear, critical care equipment and masks for health care personnel must be available to deal with the menace of coronavirus. This suggestion is evocative of observations made in the above-mentioned article in the Economist wherein it was said that “The real limiting factors are likely to be the ventilators or the staff” in the event of a huge surge of coronavirus cases reaching out to hospitals for receiving treatment. Even an advanced nation like the US does not have adequate ventilators that will enable patients in serious conditions to breathe mechanically while in the intensive care units.

In India’s case, with only a few lakh beds in intensive care units, it would be an insurmountable problem if hundreds and thousands of patients rush to hospitals at the peak hour of the infection. India hardly has a few thousand doctors trained in critical care medicine and the number of specialised nurses and assistants are abysmally low.

Dr Laxminarayan cautioned the Union government that the number of patients infected with the coronavirus in India has gone up manifold because the infection is now spreading through the community and, therefore has advised that the government prepare for providing ICU facilities for four to eight million patients who would require ventilators and a range of critical care medicines which are not adequately available in our country.

Patnaik’s suggestion in this regard is in consonance with the advice proffered at the global level and by experts. In doing so, Patnaik has set a global benchmark not just in governance but also in dealing with recurrent natural disasters that have affected the state of Odisha.

Patnaik has also made significant suggestions for the economic empowerment of underprivileged sections of society to alleviate the adverse financial impact caused by the lockdown. The slew of measures he had suggested would give at least 50 days wages to MGNREGA workers, financial support for the families covered under National Food Security Act, economic packages for various sectors and construction workers and additional instalments to farmers under the PM Kisan scheme. He also made a vital point that the Centre should distribute funds in advance to the states to enable them to effectively handle the gathering crises. Such measures, when implemented by the Union government, would, in fact, go a long way in fulfilling the objectives which are at the core of cooperative federalism.

The suggestions for more testing facilities and critical care equipment raise larger issues concerning the preparedness of the health sector for dealing with an unparalleled public health disaster.

The threat posed by the coronavirus is the worst ever faced by humanity in peacetime and it is the only threat which has baffled scientists and political leaders alike. It has no vaccine yet. It can be only tackled by aggressive social and physical distancing, extensive testing and adopting preventing and non-pharmaceutical measures which can be strengthened by implementing Patnaik’s suggestions.