Over the last few months, Rahul loyalists are back in positions of power within the party. 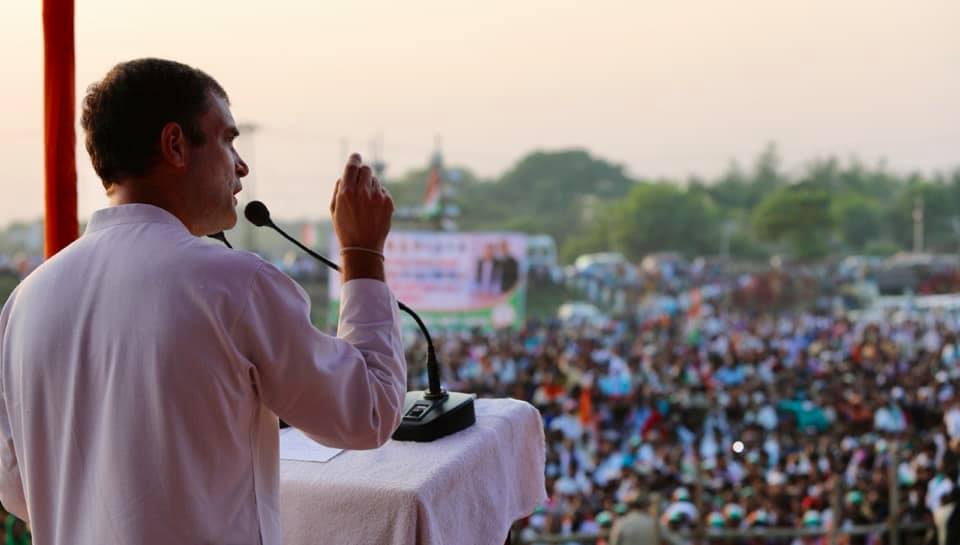 Amidst the fallout of the Bihar elections, where the Congress scuttled the Mahagatbandhan’s chances of dislodging Nitish Kumar, the grand old party is going ahead with the process of conducting internal elections so that a full-time president can take over from the ailing Sonia Gandhi.

The process was formally set in motion on September 11, when Sonia reconstituted the Central Election Authority (CEA), a five-member body, in charge of conducting the organisational election. This was a direct result of the pressure exerted by 23 senior leaders writing to interim president Sonia in early August, on the drift in the party and the need for a full-time president to set things in order. At a stormy Congress Working Committee (CWC) meeting on August 24, a day after the letter got leaked to the media, Sonia had offered to resign, which led to an overwhelming number of participants rallying behind her and questioning the motives of the letter-writers, many veterans among them.

It was announced back then that a new president would be appointed within the next six months. The CEA headed by Madhusudan Mistry along with members Krishna Byre Gowda, S. Jothimani, Rajesh Mishra and Arvinder Singh Lovely has met twice since then. Last month, the CEA sent out letters to all the Pradesh Congress Committees (PCCs) to send an updated list of All India Congress Committee (AICC) delegates, estimated to be around 2,000, who make up the electoral college for the election of the new president. The CEA has also asked the party’s departments to help it in verifying the details of the AICC members.

Apart from the president, it is expected that the new CWC would also be an elected body, with Sonia acceding to this demand of the letter-writers at the CWC on August 24. With the present constitution of the Congress allowing a president to nominate 12 CWC members, it would only be fair for the rest of the 11 members to be elected, or so is the overwhelming sentiment. It is, however, not yet clear whether the demand to revive the Congress Parliamentary Board, the highest decision-making body in the party till it went defunct in 1991, would be met.

The naming of the new CEA headed by Rahul Gandhi-loyalist Mistry was necessitated owing to the dissolution of the previous CEA headed by Mullappally Ramachandran, after the election of Rahul as president in late 2017. The AICC delegates who were named for the 2017 AICC session have their tenures until 2022, and the PCCs have been asked to send an updated list of delegates, by omitting the names of those might have quit the party or died in the interim. The AICC delegates themselves are supposed to be elected from the PCC delegates, who are in turn supposed to be elected from the blocks. With most of the PCCs following a nomination process, this list of AICC delegates is actually made up of nominated people, exposing the democratic-deficit in the whole set-up.

The AICC session is expected to be held in January, with the new president taking charge by February, just before the elections to the five crucial states of West Bengal, Assam, Kerala, Tamil Nadu and Puducherry are notified.

Rahul Gandhi likely to be back at the helm

The million dollar question for now is the possibility of Rahul coming back as president to replace his mother. It is important to analyse what has transpired in the last few months to get vital clues on such a possibility. Going back to September 11, CEA aside, Sonia had also rejigged the general secretaries, with Ghulam Nabi Azad and Mallikarjun Kharge – two of the prominent letter-writers — being relieved of their duties. However, they continue to remain members of the CWC. A six-member team comprising A.K. Antony, Ahmed Patel, Ambika Soni (Sonia loyalists), K.C. Venugopal, Randeep Singh Surjewala (Rahul loyalists) and Mukul Wasnik (among the letter-writers) were named to assist Sonia with organisational matters till the AICC session. Surjewala was also elevated as a general secretary, and given charge of Karnataka.

While there seems to have been a conscious effort to not come across as vindictive against the group of letter-writers, the growing clout of Rahul loyalists was obvious following the overhaul. Within days, another Rahul-loyalist, Gaurav Gogoi, was appointed as the Congress deputy leader of Lok Sabha, over the claims of many senior leaders.

While he bears no responsibility, Rahul continues to wield power and calls the shots from behind the scenes. Even the genesis of the letter signed by 23 senior leaders was an instance of a senior leader being slighted, being asked to route his issue through Surjewala, who has now emerged as the most trustworthy lieutenant for Rahul apart from Venugopal.

Rahul acolytes of all kinds, many of whom are maintaining a low profile following his stepping down as president by taking responsibility for the defeat in 2019, have begun to slowly crawl out of the woodwork. All of this points towards the comeback of Rahul as president in the next AICC session.

But whether Rahul’s election as president is once again orchestrated as it was done in 2017, in near farcical circumstances, remains to be seen. It would be unlikely for the Nehru-Gandhi family to give up control of the party to someone else, especially someone who is not a nominee of the Gandhis. In other words, the game of musical chairs is set to continue.

Tailpiece: With senior leader Kapil Sibal breaking the unofficial diktat on airing grievances in public through his interview, knives will be out in the party against all those perceived to be challenging the supremacy of the Gandhis.