The Congress Working Committee, which met on October 16, decided that the process for the election will kick off on November 1, and Sonia Gandhi will continue as the chief until the next president takes over. 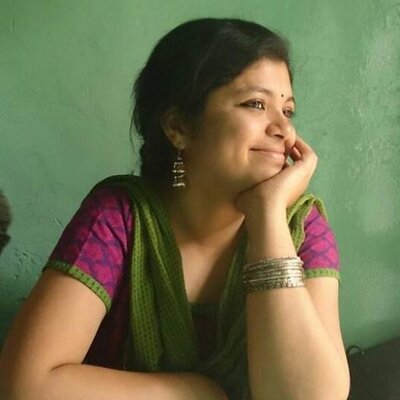 New Delhi: The Congress party on Saturday, October 16, finally announced a schedule for internal elections, including electing the next party president, a move that was on hold since former party president Rahul Gandhi stepped down from the top post in July 2019. The elections will be concluded by September next year, a decision that was taken during a meeting of the Congress Working Committee (CWC) on Saturday.

Three key developments took place at the CWC meeting. One, a detailed schedule of the internal elections was announced. Two, the party’s interim chief Sonia Gandhi made a strong remark by saying that she is a “full-time and hands-on Congress president”. Three, Rahul Gandhi responded to the request of party leaders to take over the top post by saying that he would “consider” it but not without reminding them about the need to align it with the party’s ideology and vision.

The detailed election schedule was shared by K.C. Venugopal, party’s general secretary in-charge of organisation, after the meeting. He said that the process for the election will kick off on November 1 when the membership drive for the party will begin and will go on till the end of March next year. Over the next five and a half months till mid-August, the process to elect members, office bearers of the district and state units will take place.

Also read: Unfortunately for Modi and Shah, the Congress Simply Does Not Go Away

“Every leader at the meeting today said that they deeply trust the leadership and competency of Congress president Sonia Gandhi who despite her health issues works for the party 24 hours. These constant talks about interim or full-time president were disapproved by the CWC members themselves. They urged Sonia Gandhi should lead the party till internal elections get over,” Randeep Singh Surjewala, Congress chief spokesperson told reporters after the meeting on Saturday.

“There were also several CWC members who demanded that Rahul Gandhi should lead the party strongly going ahead. The entire CWC was unanimous on this. He thanked everyone and said he was grateful for their trust in him,” he added.

During the meeting, Rahul Gandhi is known to have said that he was “humbled” by the request of the members asking him to take over as party president, but that they need to be cognisant of the “strong ideology” of the party. He is known to have taken the example of appointing a Dalit chief minister, Charanjit Singh Channi in Punjab, a move that he said would not have been possible in any other party.

“He said he would consider it but not unless all the party leaders (those present in the meeting) understood that the party needs them to stand together for the party’s ideology and vision which supports the unheard voices. To this, some leaders asked if he doubts, they would not do it. To which he replied saying that he has no doubts, but it was necessary to reiterate this,” a senior party leader who attended the CWC meeting on Saturday said requesting anonymity.

No mid-term election for president

With this, the party has in-principle ruled out a mid-term election for the Congress president, as demand arose from a section of party leaders calling for a systemic overhaul of the organisation. Senior party leaders said that Sonia Gandhi would continue as the interim party chief until the entire process of internal election concluded by late next year.

If the Congress had gone for a mid-term election of a party president, the tenure would have ended by late next year given that the last election took place in 2017 when Rahul Gandhi took over the top post in December. The tenure of the party president in Congress is five years beginning from when the last organisational election took place according to the amended party constitution.

“The question of that does not arise anymore since the election schedule has already been announced,” Venugopal told reporters at a press meet on whether Rahul Gandhi could take over earlier before elections take place as some leaders had demanded.

According to people aware of developments, Rajasthan chief minister Ashok Gehlot spoke in the meeting on Saturday about how Rahul Gandhi should take over as Congress president and that “almost all” attendees extended support to the proposal.

“The plenary session could take place somewhere around the end of September next year. A schedule like this allows the overall organisational elections. If the election for Congress president alone had taken place, the tenure would have ended in a few months and so this seems to be a more practical approach,” a senior party leader aware of developments said requesting anonymity.

‘I am a full-time president’: Sonia Gandhi

Earlier in the day, the tone of the meeting was set by party chief Sonia Gandhi in her opening address where she said that she is a “full-time and hands-on Congress president” who has been “regularly keeping in touch” with like-minded political parties. The statement is seen as a sharp response to some of the recent criticism by a section of party leaders who had said that there is “no president” in the party.

“I have always appreciated frankness. There is no need to speak to me through the media. So let us all have a free and honest discussion. But what should get communicated outside the four walls of this room is the collective decision of the CWC,” Gandhi said in her address to party leaders.

Also read: I Am a Full-Time and Hands on Congress President: Sonia Gandhi at CWC Meet

Interestingly, Saturday’s meeting was one of the first in-person meeting of the CWC ever since the Covid-19 pandemic struck India early last year. The CWC on Saturday also passed three resolutions on the current political situation, inflation and agrarian crisis. General secretaries and in-charges of poll bound states also shared a roadmap of electoral strategies for those states.

Former party president Rahul Gandhi stepped down from the top post in July 2019 taking responsibility for Congress’ performance in the Lok Sabha elections. CWC appointed former Congress president Sonia Gandhi as the interim chief of the party, a month later. With the party scheduling its polls for October next year, it would in effect be without a full-time president for more than three years now as Sonia Gandhi is serving as interim chief.

Anuja is an independent journalist based in New Delhi who reports on the intersection of policy and politics. She can be reached at @just_anuja