Instead of Humiliating Each Other, Leaders of the Congress Must Learn From Their Own History

The Congress is not going to go away, it will continue to exist in semi-chaos, muddle in and out of situations, and yet continue to evoke memories of leaders who gave us freedom and drafted the Constitution. 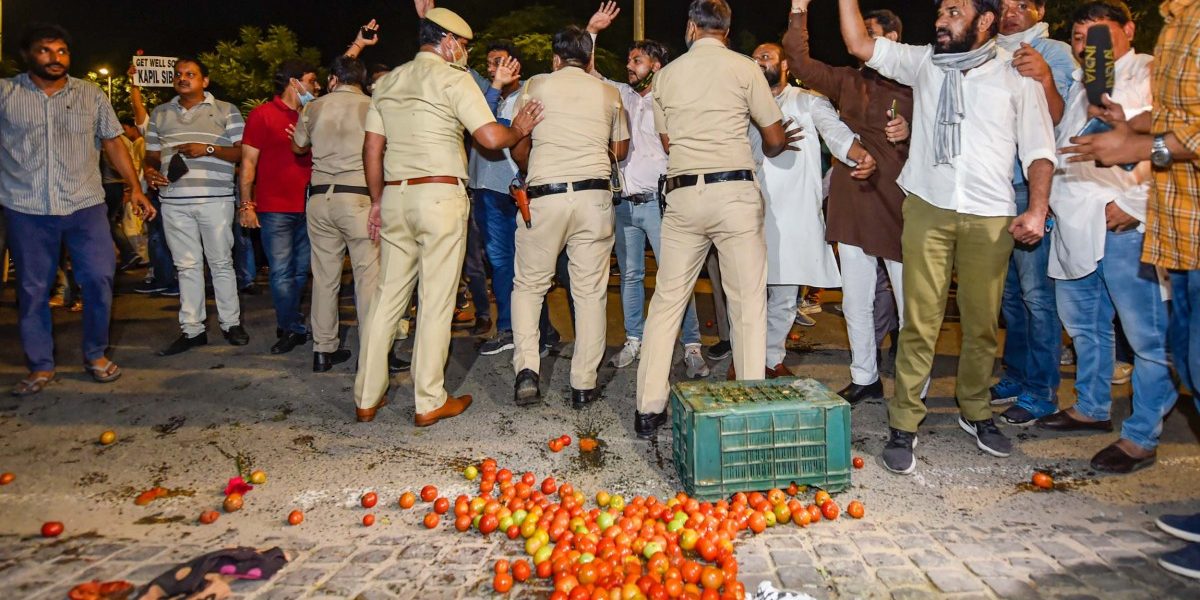 Hardly anyone hears a report of his or her death while living. It was the celebrated wit, Mark Twain, who proved an exception to the rule. He learnt of his own death from journalists. Instead of throwing tomatoes at those who peddled the rumour, instead of jumping on their cars while he shouted slogans, Twain published a piece in the New York Journal of June 2, 1897. He wrote that “the report of my death was an exaggeration”. The sentence, an exemplary piece of irony, has been often quoted, and quite as often misquoted. Another apocryphal story is about the way the philosopher Bertrand Russel reacted when he found his own book, one that he had signed and given to a friend, in a second-hand bookshop. He, it is said, bought the book, re-inscribed it, and sent it back to the same fellow.

These stories are not about false news, or the disturbing discovery of one’s own inscribed book in a second-hand book shop. They hold up a mirror to today’s India, where any comment, howsoever insightful it may be, fetches appalling abuse. We inhabit a world where even ministers of the Government of India troll critics. Still it was astonishing to see a gaggle of the Youth Congress attack its own leader. Members of the organisation were so exercised by the leader’s comments that they went to the market, invested in some very expensive tomatoes and potatoes, and hurled them at his house. I suppose they were inspired by the practice of pelting tomatoes at particularly bad actors on the stage.

Admittedly, politics is theatre. But internal dissensions within the Congress are not only theatre, they are part of the way a democratic political party deals, or fails to deal, with recurring tensions. We are not speaking of one-man parties whose members bend their head and metaphorically kneel in front of their leader. We are speaking of a party which is not afraid of ever-watchful journalists brandishing its internal disputes, and periodically announcing the demise of the Congress. The Congress is not going to go away, it will continue to exist in semi-chaos, muddle in and out of situations, and yet continue to evoke memories of leaders who gave us freedom and drafted the Constitution.

Members of the Youth Congress could have appreciated the legacy of their own party, and acted differently. They could have taken a hint from the charming Sanjay Dutt in Lage Raho Munnabhai and deployed another strategy. Recognising the value of their financial investment in vegetables, they could have harnessed the culinary abilities of the group, and cooked some delicious tomato soup. They could have paired it with an appetising potato salad garnished with celery and walnuts, and offered the two dishes to the person who had ostensibly caused offence. Over this impromptu dinner they might have discussed the controversy with patience, humour, understanding, some humility, a degree of willingness to learn, and considerable creativity. They preferred to insult a senior leader of the party. The Congress prides itself on being different. If so, its members must refrain from humiliating anyone, whether an opponent, a leader, or friends. Like the old advertisement of Maggie tomato sauce, the party has to be ‘just different’. 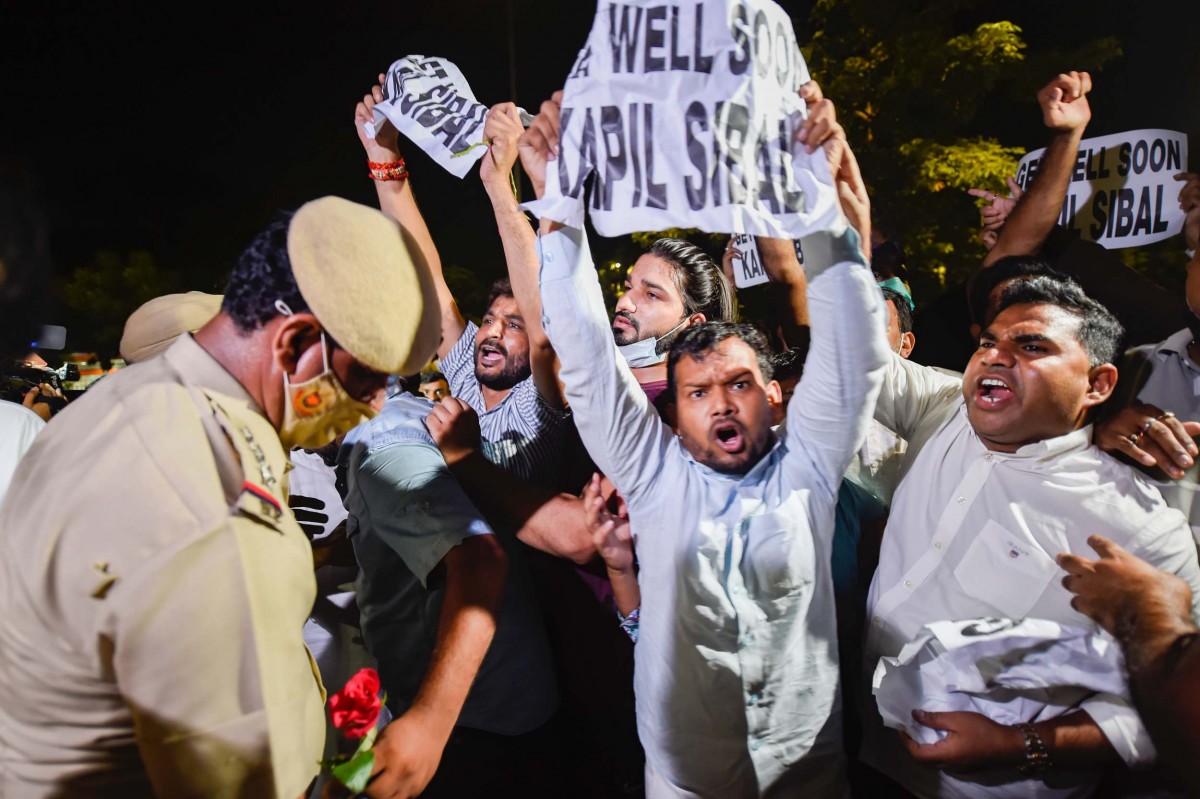 For humiliation causes harm. It leaves scars, the way physical attacks, rapes, and the maiming of bodies leaves welts on the soul. Humiliation is violence. Humility is a better option. The party should revisit its own history to understand this point. The great leader of the Congress party, M.K. Gandhi, would have rather inflicted suffering on his own body, than let other people suffer. Jawaharlal Nehru was cast in the same mould. Recollect the Partition of India which left the dead and the maimed in its wake. Homes and workplaces, recreational spaces, temples, mosques and gurudwaras were desecrated beyond repair. Nehru, a towering leader who was involved in the deliberations of the Constituent Assembly and who was administering the country, was there. He was there in the killing fields of Punjab and Delhi, persuading people to desist from violence, assuring Muslims of their safety, and appealing to Muslims who had left for Pakistan to come back. Violence escaped the efforts of the interim prime minister of independent India. It gobbled up collective life. This does not diminish his efforts to contain the beast, or his grief and his uncertainty whether he was fit to rule the country when it had descended into the valley of despond.

Alex Von Tunzelman tells us that on the night of August 25, 1947, in a small town of Sheikhupura near Lahore which had a population of 10,000 Muslims and 10,000 Sikhs and Hindus, a massive battle exploded between communities. Twenty-four hours later, several thousand people had been murdered in a frenzy of stabbing, shooting, beating and burning. Parts of the town were on fire. No attempt was made to quell the violence. The sight of victims sheltered in a gurudwara was appalling. The hands and feet of men and women had been cut off. Their forearms were reduced to black putrescent fly-covered stumps. Babies had been cut and slashed. When Nehru visited some days later, he was sickened by the sight, the stink of blood and burnt flesh was inescapable. He wrote to Mountbatten in deep depression, “I suppose I am not directly responsible for what is taking place in the Punjab…But in any event I cannot and do not wish to shed responsibility for my people. If I cannot discharge the responsibility effectively then I begin to doubt whether I have any business to be where I am.” This was Nehru, a man of politics who possessed considerable empathy, a man who could grieve when his fellow citizens suffered, a man who had led the country to freedom, but who could still have doubts about his ability to rule.

Leaders of the Congress need to learn lessons from their own history. Only then can they tap and channelise the energies of young people in the right directions. The party needs a mascot: perhaps the Constitution. It needs to reinvent a grand idea, say azaadi, and construct an ideology around the virtue of freedom. And it has to recapture political imaginations that can inspire the young as well as regenerate senior members, for example through the slogan ‘ek bar phir azaadi’. Perhaps then we can dine on soup and salad in peace and bonhomie instead of hurling vegetables at imagined opponents.