Congress Is No Longer a Rainbow Organisation; It Has to Accept New Realities, Stick to Core Values

The party still counts in national politics, but will have to reshape and renew itself and focus on secularism. 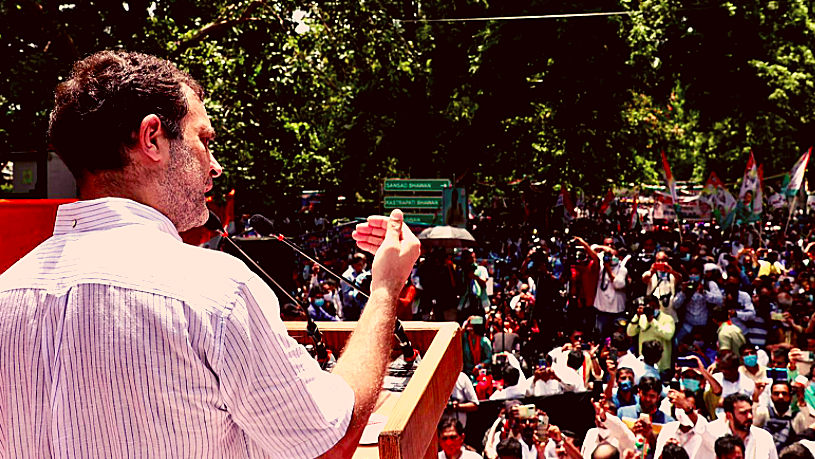 Once again the Congress is trying to find a way to get back on track and revive its fortunes.

Political strategist Prashant Kishor, glowing after the handsome victory of Mamata Banerjee in West Bengal – or rather, the abject defeat of the Bharatiya Janata Party – has apparently has been meeting Sonia Gandhi for the past few months and recently met the Gandhi family scions Rahul and Priyanka – if the speculative press reports are to be believed, he will join the party and play a key role in the proposed revival.

Kishor is a gun for hire and has done the rounds of most parties — the BJP, the Janata Dal (United), the Trinamool Congress and even the Congress itself in the Uttar Pradesh. He even joined the JD(U) for a short while but then fell out with Nitish Kumar and quit. It is clear he has no ideological line, but wants to have a political role.

Why is the Congress in such disarray? Once the natural party of governance, and the dominant player in Indian politics, it has not just lost its sheen but also has been reduced to 44 seats in both general elections. It also struggles in state-level elections, reaching only fourth position even in Maharashtra, once its bailiwick. Though it is in power in some states, including Punjab and Rajasthan, the bigger states elude it.

The pundits and media commentators say that the biggest problem of the Congress is the Dynasty.

That once the Gandhis get out of the way, the problems will miraculously disappear and the party will once again rise to its full glory. Every now and then the media scours around for a new potential candidate, it begins to promote him with enthusiasm and vigour. When Sachin Pilot walked out of the Rajasthan cabinet in a huff and was holed up with his small band of followers, the frenzied coverage made him out to be a martyr, who was quitting because he had no further growth potential, never mind if he was playing footsie with the BJP. That didn’t pan out well for Pilot, and it also showed the level of his commitment to the party; ditto with Jyotiraditya Scindia, who didn’t dilly-dally but just decamped.

Also read: When Entitled Dynasts Take on a Dynasty

Other names are constantly tossed around – the favourite Shashi Tharoor (suave and smooth), who, being a diplomat, likes to keep all sides pleased. In short, anyone but the Gandhis.

No point going into the reasons of this media antipathy towards them, they are pretty much known, but these voices are raucous and unrelenting.

The moot question remains – can any of them keep the Congress united and lead them forward? And will the other leaders accept them, will voters accept them?

Tharoor enjoys recognition in Kerala and perhaps one or two other states and is extremely popular among the Delhi chatterati, but is he a national figure? Is Sachin Pilot known in Telangana? Or Scindia in the villages of Tamil Nadu? Perhaps they will grow in the job, but there will be enough rivals to conspire against continuously them. Similarly, no one in the G-23, as those who write anguished letters to the party leadership are known, has those skills. 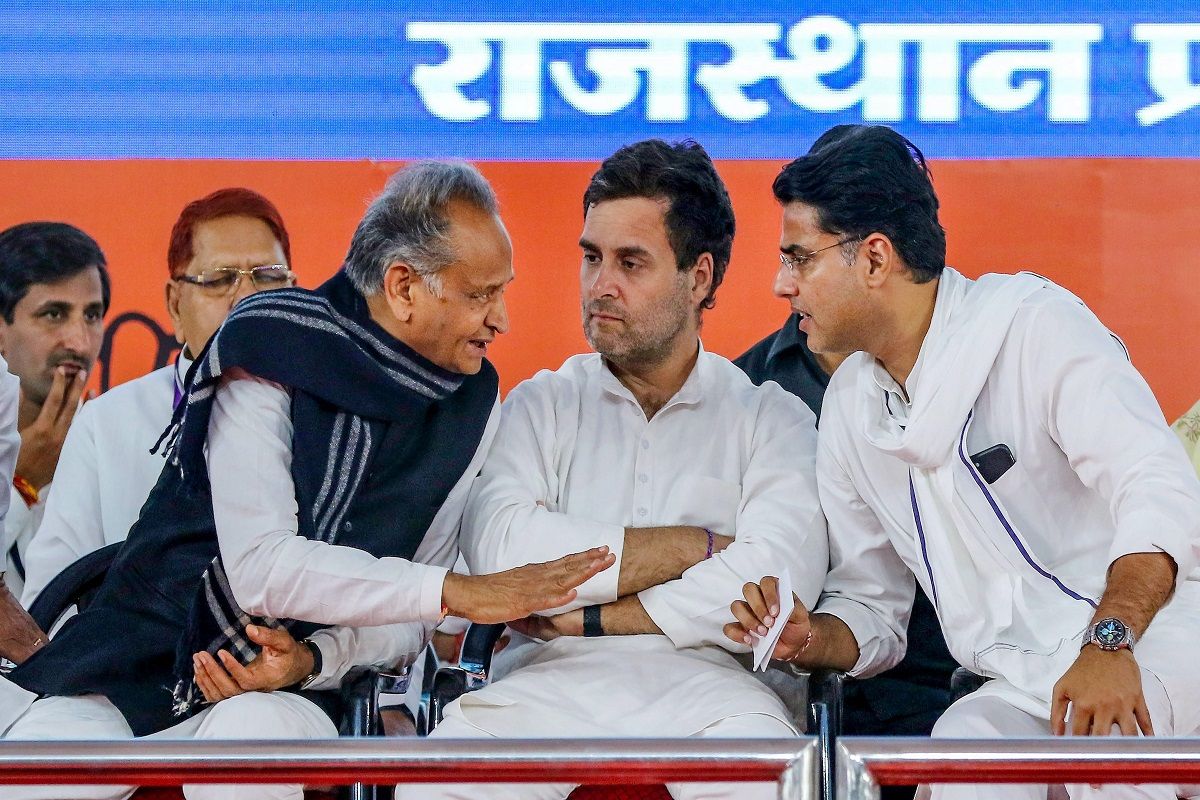 But beyond this personality-related and structural (no internal elections is one important weakness), lies an even more fundamental reason why the Congress is fast losing its hold on the national scene – today, the very raison d’être of the party has faded away if not disappeared. With the rise of regional formations that are more representative of local aspirations, the Congress is simply of no use to voters in many states.

Local could mean caste, class, religion or geography, but on all these counts, the old pull of the Congress has gone.

The DMK had shown the way a long time ago and when N.T. Rama Rao’s Telugu Desam rose to prominence in the early 1980s, and other parties, aimed at specific communities, also emerged, accelerating the process of the irrelevance of the Congress. Mayawati became a Dalit leader and post-Mandal, the Yadavs became the voice of the OBCs.

Then powerful regional leaders such as Sharad Pawar and Mamata Bannerjee left the mothership and created their own local parties; the Muslims discovered the AIMIM and the Shiv Sena rose to become the voice of the Marathi manoos. All of them got a response from their target groups and this took away key support bases of the Congress. And the BJP took over the ‘upper’ castes and also large chunks from other castes, including the OBCs and Dalits.

From its very genesis, the Congress was an umbrella party, not representing any one group but the whole country.

Dalits, Marathas, Hindus, Bengalis and above all Muslims, all found a place in the national party. It accommodated the left – E.M.S. Namboodiripad had helped found the Congress Socialist Party that also included Jayaprakash Narayan and Acharya Narendra Dev.

Maulana Azad, who was a theologist was a prominent leader, and Madan Mohan Malviya, the founder of the Hindu Mahasabha, were both in the party at one time. The first cabinet included Rafi Ahmed Kidwai, Shyama Prasad Mukherjee (founder of the Jan Sangh) and Dr. B.R. Ambedkar.

Thus the Congress represented nobody but also everybody. On the other hand, the dominant party today, despite its consolidation of the Hindu vote, the BJP has not a single Muslim MP, and the AIMIM has no non-Muslims. Mayawati may try to woo Brahmins but they won’t bite and the Shiv Sena is having little luck with Gujaratis in Mumbai. Only the TMC has succeeded in replicating the Congress model, up to a point; the NCP has not done it very successfully, but Sharad Pawar remains in every way, a Congressman. Neither will go back to their old organisation.

With the breaking away of these two and the emergence of parties drawing their support from one large group, the Congress has simply lost relevance as a rainbow organisation; it has only its core ideology of secularism left – no other party professes loudly and clearly. Even the Congress occasionally tries to show its Hindu cred but the realisation has slowly dawned that this does not pay any dividends – it does not impress those who have crossed over to the BJP and only alienates the Muslims.

The Congress still has its core followers and now young Indians are beginning to find the party’s secular traditions attractive. They are either appalled by the BJP’s politics and they would not move towards the caste or regional formations – even at its lowest point in the 2019 elections, the Congress got over 19% of the vote.

Also read: The Congress Was Once a Grand Old Party

That makes it a player and in any joint opposition front, much as the others may not like it, they will have to include the Congress.

With its national presence and vote, the Congress will naturally want to be a strong voice, though it has already come to terms with also playing second, or as in the case of Maharashtra, the third fiddle. Keeping the Congress away will make the front weak at the very outset, but at the same time the Congress cannot throw its weight around.

The lesson for the Congress is clear – accept that it is no longer the party it was even 10 years ago and adjust to new realities, harsh though they may be. Restructure the organisation. Give a dynamic role to the younger element, without upsetting the reliable old guard. Left alone, they deliver, as seen in Rajasthan, Punjab and Chhattisgarh.

But most of all, talk continuously of diversity, of harmony and of secular values, which are even more required today—no deviations, no flirting with Hindutva elements. This requires clear, long term vision, party unity and total commitment to the cause. It will be a long slog, but that is the only road to salvation and survival.