Reasons listed include missing the Congress Legislature Party meetings, conspiring to topple the elected government in Rajasthan and so on. 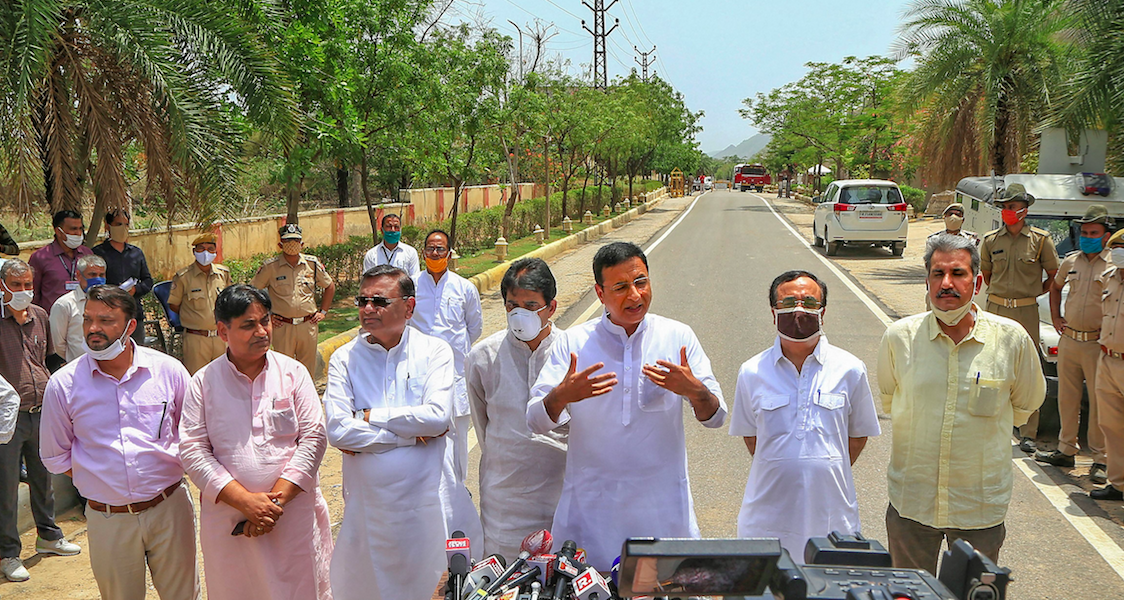 Jaipur: The Congress on Tuesday moved disqualification petitions in the Rajasthan assembly against 19 MLAs, including Sachin Pilot.

The petitions submitted by Congress Chief Whip Mahesh Joshi to Speaker C.P. Joshi listed reasons such as missing the Congress Legislature Party (CLP) meetings, conspiring to topple the elected government in Rajasthan, hostile conduct and remaining inaccessible, to be considered as grounds for disqualification.

The text says, “The individual in question has, despite requests,

(i) deliberately absented himself from not one but two successive meetings of the Congress Legislature Party,
(ii) conspired to bring down the elected government of the INC in Rajasthan;
(iii) conducted himself in an openly hostile and prejudicial manner to the interests of INC and its Government of Rajasthan;
(iv) remained mysteriously inaccessible in pursuance of this sinister objective for the last few days;
(v) not provided any reasons or explanation for his continued absence;
(vi) is admittedly part of a group that is seeking to destabilise the government and members of which have categorically declared this intention in clear terms to the media in three separate statements made on the evening of July 13th, 2020.”

The petitions also added that the conduct of the said MLAs should be read as voluntary renouncing of their membership in the Congress.

“All of these lead inescapably to the conclusion that the individual has ‘voluntarily given up membership’ of the Indian National Congress and the provisions of Para 2(1)(a) of the Tenth Schedule are attracted to disqualify him with immediate effect,” the petitions add.

The petition listed a total of 19 MLAs claiming that they are part of a “group” headed by Pilot.

The Congress also raised concerns over MLAs speaking to the media about the need of conducting a floor test and claiming that the citizens have been cheated by the government.

Subsequently, the Assembly secretariat issued notices to all the 19 MLAs to send their written submissions within three days (July 17), failing which the action will be sought unilaterally.