The group, led by former Union minister Yashwant Sinha, noted that the recent statements issued by government functionaries “hold promise for the Kashmiris”. 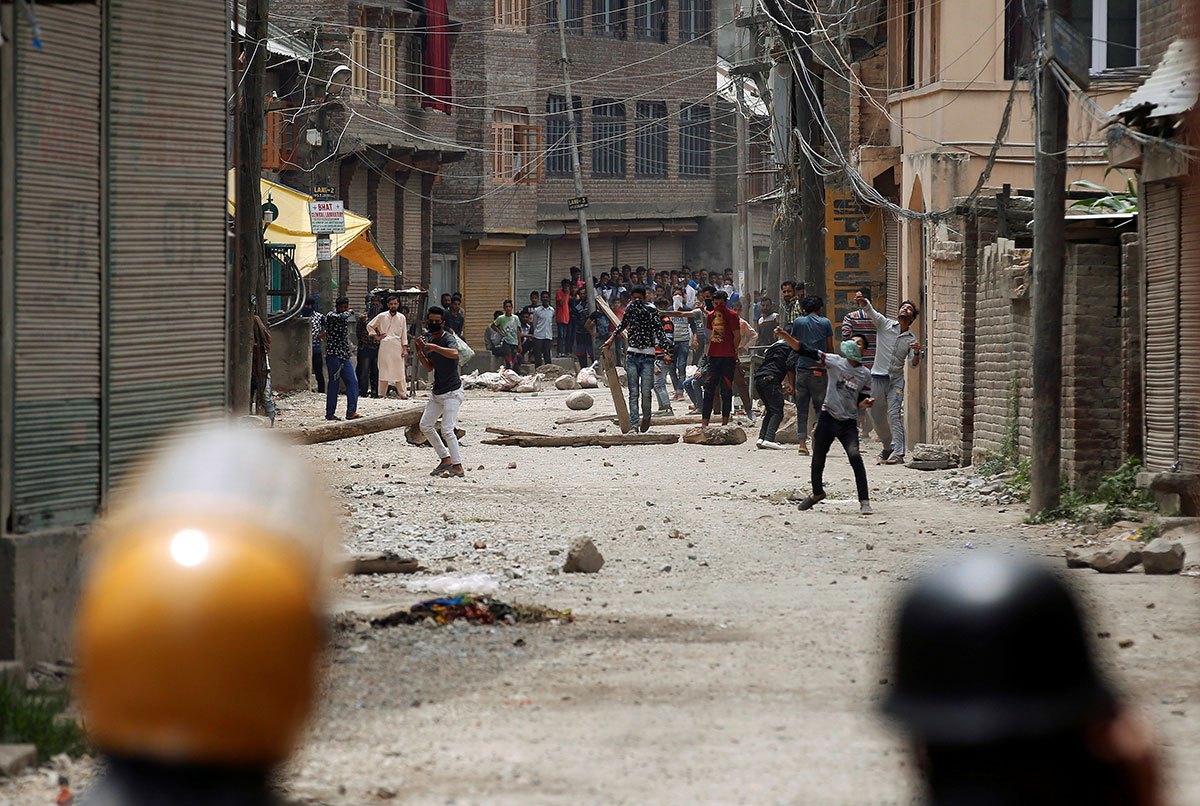 New Delhi: The Concerned Citizens Group (CCG), led by former Union minister Yashwant Sinha, issued a statement on Tuesday, asking the central government to initiate a dialogue on Kashmir with the state’s stakeholders, and noted that the recent statements issued by government functionaries “hold promise for the Kashmiris”.

The group, comprising of a number of eminent personalities from across India, has been leading informal talks with a cross section of the society in Jammu and Kashmir, with the intent to restore normalcy in the strife-torn state.

The CCG has, in the past, visited the state several times and held discussions with various political groups, trade representatives, students and members of the civil society and administration. The group’s statement said that it has read with high hopes the statements of Prime Minister Narendra Modi, home minister Rajnath Singh and the Bharatiya Janata Party leadership on a positive change in policy towards Kashmir’s citizens, as have many Kashmiris.

Stating that while it was “looking forward to a concrete follow up,” the CCG said it would like to suggest that “in order to operationalise the well-intentioned statements that have so eloquently been made, it is now necessary for the government to clearly identify the stakeholders, announce the name of an authorised interlocutor, set a timeframe for the beginning and conduct of the dialogue process and start it as soon as possible.”

The CCG, in a report prepared on their interaction with Kashmiris, had earlier this month noted that there was a great deal of concern in the state over the attempts to deprive it of its special status due to Article 370 and 35A and that revoking of the latter could lead to an “uprising like no other”.

The group said that despite deep skepticism that has taken hold of the minds of the people in the state, the “encouraging statements” by the prime minister, home ministers and others hold promise. “The present opportunity should not be wasted. And, therefore, it is our fervent appeal to the government to quickly act definitively on the sentiments expressed in a time-bound manner”, the statement read.

The CCG’s statement assumes significance as its previous report this month had mentioned that with tourism plummeting, hotel business in dire straits, and the growing unemployment and economic distress, the sense of dismay and despondency in the people of Kashmir has grown. They had then cautioned that many who used to “talk reasonably earlier” had begun using the language of the militants and separatists.