Claiming Rishi Sunak as One of Our Own Is Totally Misplaced

He is a hardcore British patriot and has bigger domestic and diplomatic issues to deal with. 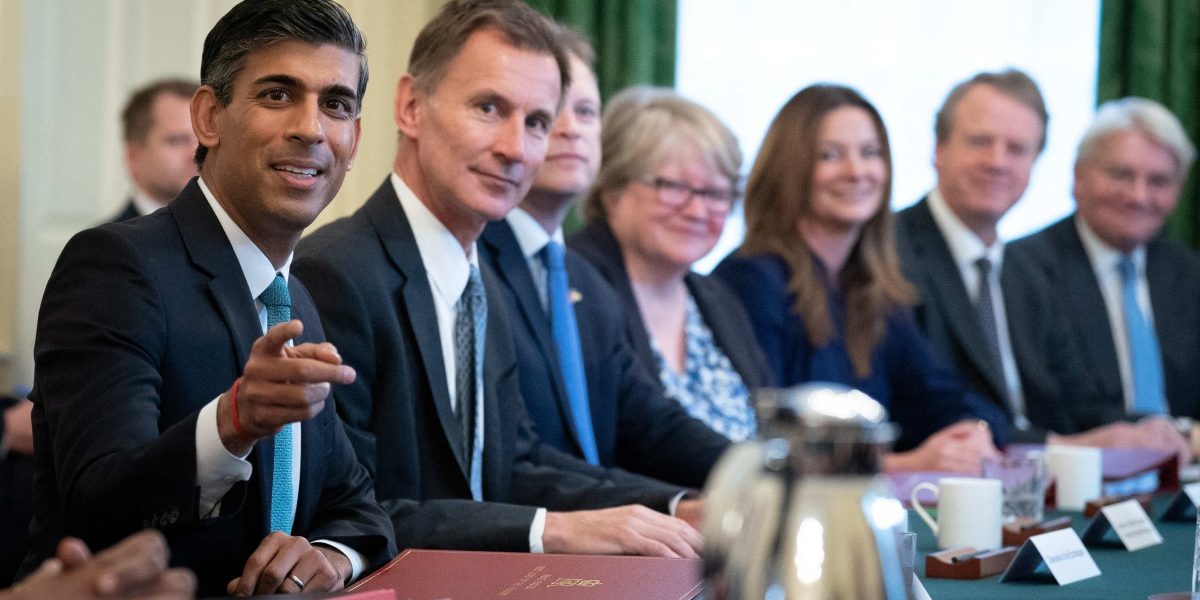 Indians get excited, sometimes inordinately, every time someone with an ‘Indian’ connection rises to a position of prominence. Often that link with India is tenuous, but that does not stop those who immediately want to claim the person as one of their own.

The fervour that has greeted Rishi Sunak’s elevation to the post of the British prime minister would suggest that he has strong Indian ties, even went to school or college in India. As we know, that is not the case. His grandparents migrated to East Africa from that part of united India that eventually became Pakistan, and his parents were born in that region. They then moved to the United Kingdom where Rishi was born, in Southampton. He went to elite schools and universities there, proceeded to Stanford, and worked for hedge funds.

He has said as a student he had no ‘working class friends’, which he later admitted was a silly thing to say.

He is therefore an Englishman, and an upper class one at that, and has, often enough, expressed his Britishness. He would pass the original Tebbit Test which asked which cricket test team an immigrant would cheer for, and was an avid proponent of Leave during the Brexit vote and explained his stance in the most glowing patriotic terms. He has been a hardcore conservative in every sense and in any deal-making with a foreign country, including India, would push for British interests. As it should be. His ‘Indianness’ such as it is, is therefore moot and remote. He never played the Indian card in his election campaigns.

Also read: Does It Matter that Rishi Sunak Is the UK’s First PM of Indian Descent? Yes.

But to his rah-rah Indian supporters, these things matter not a whit. Two factors have played a role – his ethnicity, and his religion.

His grandparents and parents are of south Asian stock and so is he, which makes him an ‘Indian’ (more a South Asian really) and also, that he is a Hindu, and one who makes it a point to emphasise that by practice, make him the Right Kind of Person of Indian Origin. He took his oath as Chancellor of the Exchequer, in 2020, on the Bhagwad Gita and he very publicly showed his reverence to the cow – these are huge plus points in his favour to those who have a fixed ideas of who can be called a 100%, pure Indian.

Of course, it doesn’t hurt either that he is married to Akshata Murthy, the daughter of Indian IT czar N.R. Narayana Murthy and his wife Sudha, and is therefore a multi-millionaire, which connects him to India even more. Both were heavily criticised, he for not giving up his Green card after becoming a minister and she for not paying taxes in Britain, a perfectly legal move but one with poor optics, because at that time, he was asking Britons to tighten their belts. What looked dodgy in Britain would not look so in India – the rich are admired in this country, however they may have accumulated their money.

All this, and his premium education and smartness make Rishi Sunak a much admired boy in India.

Not everyone else of Indian stock gets the same treatment. Kamala Harris, whose mother moved to the US from Madras, got some initial attention when she became the vice-president of the US, but it was noticed that she was foregrounding her African-American heritage more than the Indian one, barring her one clumsy attempt, along with Mindy Kaling, to make masala dosa during the election campaign. She has been dropped.

Other American politicians are ignored or actively disliked, such as Bobby Jindal, who had converted to Christianity or Pramila Jaypal who asked tough questions on Kashmir, leading to external affairs minister S. Jaishankar cancelling his meeting with her.

There are many others of an Indian background in prominent positions in different parts of the world but one wouldn’t know. 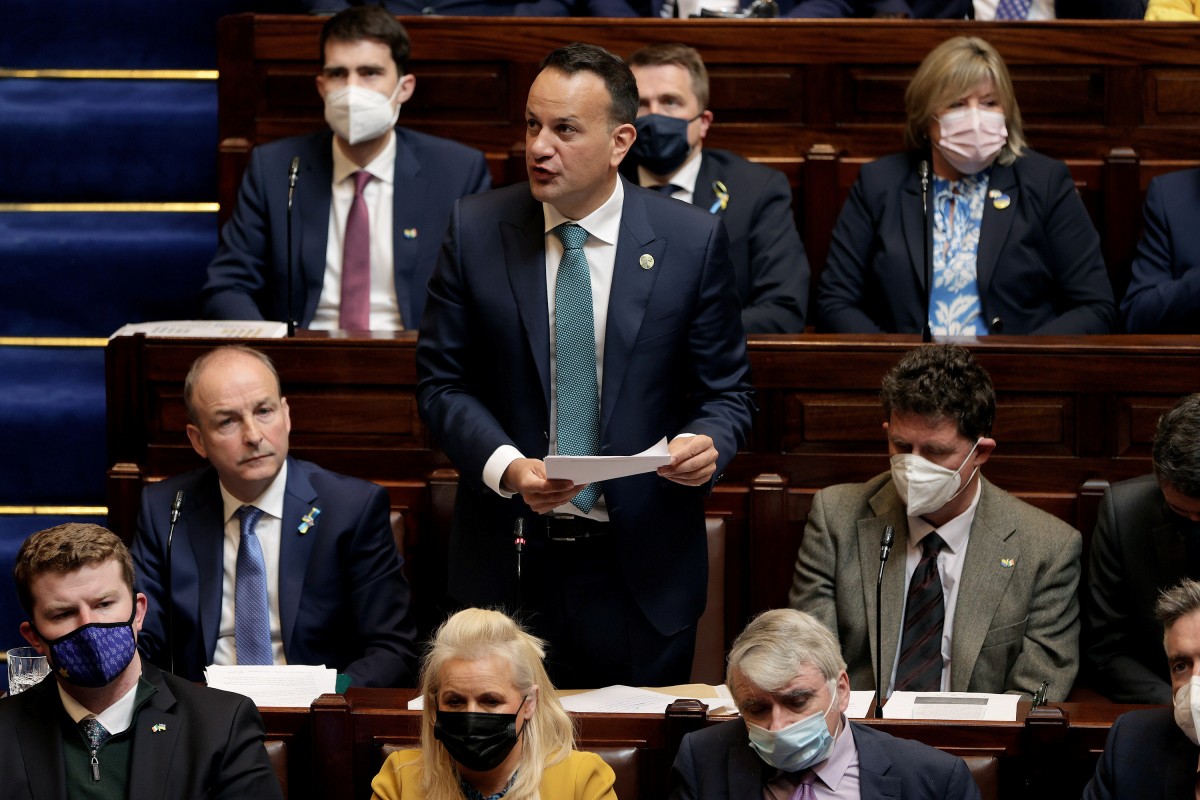 Leo Varadkar, deputy prime minister of Ireland, barely gets noticed in India, just like Antonio Costa, the half-Goan prime minister of Portugal. Mauritius routinely elects prime ministers whose forbears moved as indentured labour to the tiny island in the 19th century, and therefore barely raises a ripple (though the Indians of Mauritius are devout Hindus.) Pravind Jugnauth is the current PM and is an unknown name here. Indian labour was also taken to Suriname in South America and Chan Santokhi, is the president of that tiny country since 2020. And Canada’s Indian politicians, especially Sikhs, are not liked very much on the suspicion that they support pro-Khalistan elements, which is not true in some cases.

Dishy Rishi may be popular with us Indians or the ethnic Indian community in Britain, but he has his critics.

Many Conservative MPs have not forgotten that it was his resignation that started the downfall of the immensely popular Boris Johnson, something the latter’s supporters have not forgotten nor forgiven. And he is also seen as a technocrat, a bit boring and as a politician, quite raw, without much experience in diplomacy or domestic politics. The financial markets may feel comfortable with him, but he won’t get the same comfort with his own party or the opposition Labour Party.

India would be furthest from his mind at the moment. His primary task is to manage his country and the party through the economic storm that has hit Britain and threatens to get worse, if the war in Ukraine does not end and energy prices don’t stabilise. Discontent and strikes face him, and this winter promises to be a harsh one for ordinary Britons which will swiftly make him unpopular. Labour is pushing for early elections, which, if things go downhill for the general population, may become inevitable.

As for the much-anticipated trade deal with India, Suella Braverman, who so aggressively spoke out against it, and against allowing more Indian immigrants into the country, is back in Sunak’s cabinet. India cannot expect any special treatment just because he is of Indian origin.

At the end of his two years before the elections, he will have to lead his party in a general elections against a resurgent Labour. If the Conservatives lose, as is being predicted, Rishi Sunak will go down as the prime minister who lost an election, as compared to Johnson who led his party to a victory. Our own Rishi has a tough time ahead of him.