Only the Left Front has displayed consistency on the issue. CPI(M) leader Mohammad Salim has demanded that the Bill be withdrawn as it was 'violative of the fundamentals of the Indian Constitution'. 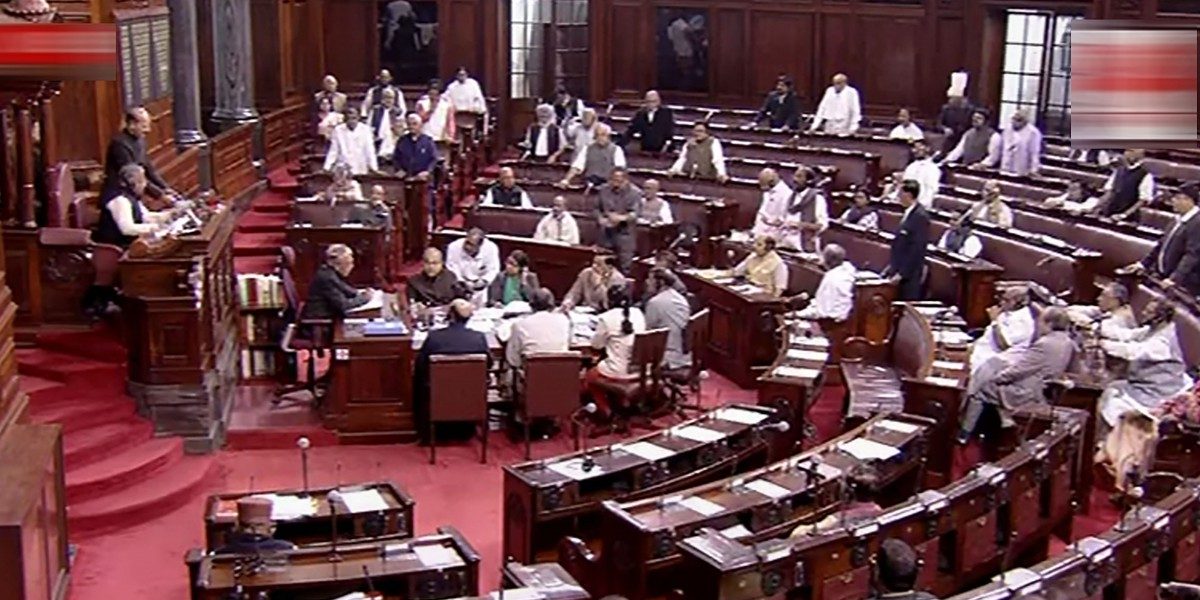 New Delhi: Barring the Left Front and AIMIM leader Asaduddin Owaisi, who continue to oppose the controversial Citizenship (Amendment) Bill (CAB) likely to be introduced by the Union government in the parliament next week, most other opposition parties have chosen to remain tight-lipped or have extended their support to it.

This effectively means that the chances of the CAB – which allows all persecuted minorities, except Muslims, from neighbouring countries to take refuge in India – being passed even in the Rajya Sabha are high.

In the last tenure of the Modi government, the CAB was easily passed in the Lok Sabha but the union government did not bring it to the upper house as the numbers were stacked against it amidst widespread opposition to the bill.

However, BJP sources told the Indian Express that 122 members of the 238 current members of the upper house are likely to support the bill and that more parties could support it after the Union government makes certain concessions in the draft bill.

On Wednesday, the Union government cleared the draft bill for introduction in the winter session. The new draft will not apply to states in the north-east that have an Inner Line Permit administration and those Adivasi-dominated areas which are notified under the sixth schedule of the constitution.

These crucial exemptions, it is believed, have led many opposition parties to change tack.

BJP ally Janata Dal (United), one of the most vocal opponents of the bill, will now be supporting the Union government. A senior party leader told the Indian Express that his party changed its position after discussion with “like-minded parties from the northeast”.

It is also believed that Odisha’s Biju Janata Dal may also back the new bill after tribal areas were exempted. Odisha has a large Adivasi population, and the new clauses may have changed the party’s stance. One may recall that BJD’s Bhartruhari Mahtab, in a note, had dissented against the Joint Parliamentary Committee which had recommended implementation of the bill in its original form. He had said that the bill “contravenes” the provisions of Assam accord which considered anyone who came to India after March 25, 1971, as illegal immigrants.

Sources said the BJD was now ready to back the new Bill since it exempted tribal areas in the northeast region.

Similarly, YSR Congress, too, declared that it would go ahead with supporting the bill. Party leader Vijaysai Reddy told Indian Express, “There is nothing wrong with helping those who are persecuted in the neighbouring countries. Its protective discrimination.” When asked whether the bill would discriminate against Muslims, he said, “This is about persecuted minorities which we can’t oppose.”

BJP allies Shiromani Akali Dal and Lok Janshakti Party too are expected to support the bill.

Interestingly, the Shiv Sena which recently broke its alliance with the BJP and formed a government with the Congress and the Nationalist Congress Party stuck to its previous position and said that the bill was in the nation’s interest.

“We have always supported the concept. On this Bill, we will see the provisions and take a decision. But on the issues linked to national security and nationalism, we will take a positive stand. We will not compromise on issues linked to the nation,” Shiv Sena’s Vinayak Raut told the Indian Express.

Parties like the Aam Aadmi Party and Telangana Rashtra Samithi have remained tight-lipped about their position on the new bill. Another party which has so far remained silent is BJP ally All India Dravida Munnetra Kazhagam (AIADMK).

If passed, the Act will allow the Union government to recognise Hindus, Parsis, Jains, Buddhists, Christians and Sikhs from Pakistan, Afghanistan, and Bangladesh as legitimate refugees in India. But the bill curiously excludes persecuted minorities of Sri Lanka who may want to take shelter in India.

Also read: Why BJP and Amit Shah Are Pushing For Another Round of NRC in Assam

While the Stalin-led Dravida Munnetra Kazhagam has openly opposed the bill, the ruling AIADMK’s silence on the issue has been rather conspicuous.

The Samajwadi Party and the Bahujan Samaj Party, which had earlier opposed the bill, haven’t taken a stand on it yet.

Trinamool Congress, too, has been rather awkward in taking a position on the new bill. The most vocal opposition to the bill had come from Mamata Banerjee’s party earlier. Party leaders Saugato Roy and Derek O’Brien had submitted dissent notes to the joint parliamentary committee, and sought amendments to “secularise” the bill by adding six minority communities and six neighbouring countries instead of the present three.  However, it is yet to express a stand on what it would do when the bill is introduced in the parliament.

However, it is the Congress party’s inability to take a clear position on the Bill that has come as a shock for the larger opposition ranks. The party had categorically opposed the bill and termed it as communal and anti-Muslim. However, with a changed scenario, there appears to be a clear division among party leaders, Congress sources say.

While Rahul Gandhi is of the opinion that the party should continue to oppose the bill, some senior leaders believe that opposing its current form may backfire for the party. The party is still mulling over its final stance.

Speaking in Kozhikode on Thursday, Gandhi said that the bill is in “violation” of the idea of India. “Congress is against any kind of discrimination. We believe India belongs to everybody – all communities, all religions, and all cultures,” he said, adding that the bill was yet another measure introduced by the Centre to distract people from more pressing issues like unemployment and declining economic growth.

However, many senior leaders, who have often peddled what is known as “soft Hindutva”, are of the opinion that taking a strong stand against the bill, which ostensibly grants shelter to persecuted minorities in neighbouring countries, will be bad optics for the party. 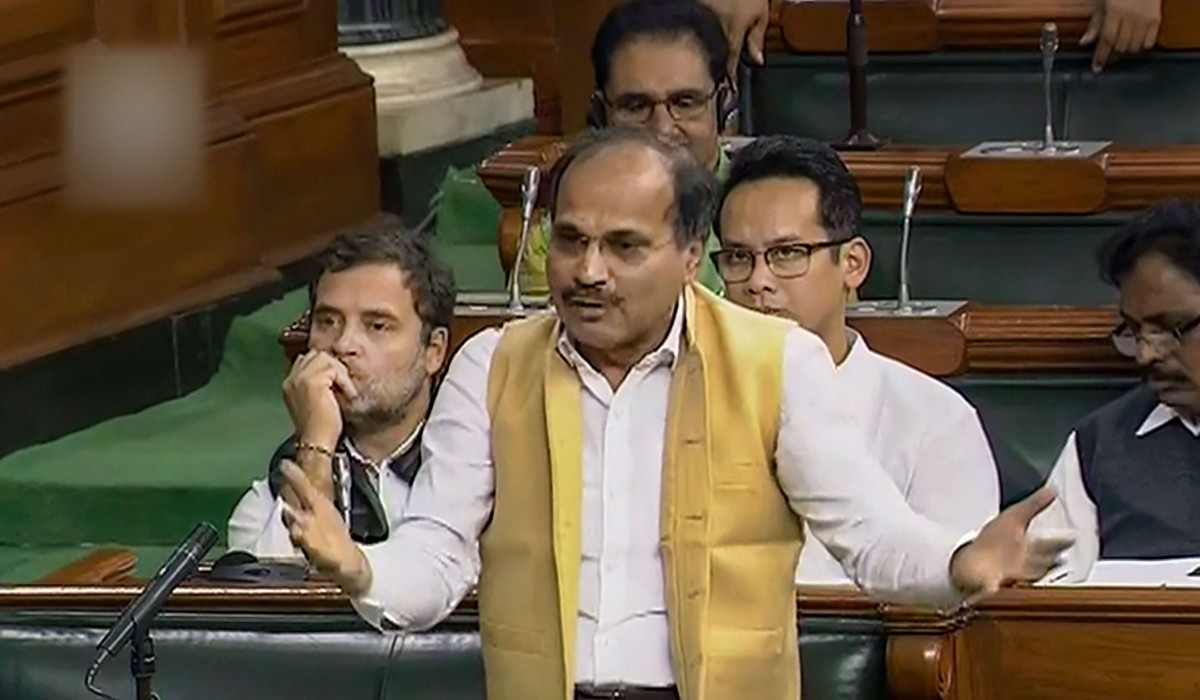 The confusion in Congress’s leadership is reflected in the legislature party leader Adhir Ranjan Chowdhury’s statement. “We will have to see in what form and manner the Citizenship Bill is brought, then we will decide on our stand. We get to know from the media the changes they are bringing. But we will have to see the Bill and see what changes have been made,” he said.

Chowdhury, along with Sushmita Dev, Bhubaneswar Kalita (party’s Rajya Sabha whip who defected to the BJP) and Pradeep Bhattacharya, had earlier sent a dissent note to the JPC pointing out that the bill violates the right to equality guaranteed under Article 14 of the Constitution.

Party leaders say that the Congress units in the northeast think that the party should mount a strong opposition against the Bill, which they believe contradicts the entire NRC process. But the party high command appears to have taken a cautious approach at the moment.

The Left Front has displayed consistency on the issue. Party leader Mohammad Salim sent a dissent note to the Joint Select Committee on Wednesday. Salim demanded that the Bill must be withdrawn as he thought it was “violative of the fundamentals of the Indian Constitution”.

CPIM dissent note to the Joint Select committee for the #CitizenshipAmendmentBill:
Bill is violative of the fundamentals of the Indian Constitution & will fundamentally alter the character of the Indian Republic.
The Bill must be withdrawn.https://t.co/7o9Jm3z6bv

“The preamble, citizenship provisions (Article 5 to 11) and the section on fundamental rights underline the fundamentals of equality regardless of gender, caste, religion, class, community or language. This Bill violates all of them. This Bill is not a mere change in the statute but is a law that will fundamentally alter the character of the Indian Republic,” he said in the note.

“It is simple. Citizenship cannot be determined by or linked to religion. This is what makes the Citizenship Amendment Bill unacceptable and unconstitutional. The CAB is aimed at destroying the basis of India. India’s citizens are its citizens, irrespective of what faith they follow or don’t, what they eat, what work they do, their caste, creed, place of residence, gender or colour of skin. No to Citizenship Amendment Bill,” CPI-M general secretary Sitaram Yechury tweeted.

Owaisi too has been critical of the Bill and has pointed out its constitutional loopholes. “Not to be THAT person all the time, but WILL you read the Constitution? Different states cannot have different rules of citizenship. Right to reside & settle in any part of India is a fundamental right. Religion, region aren’t valid basis for citizenship,” he tweeted recently.